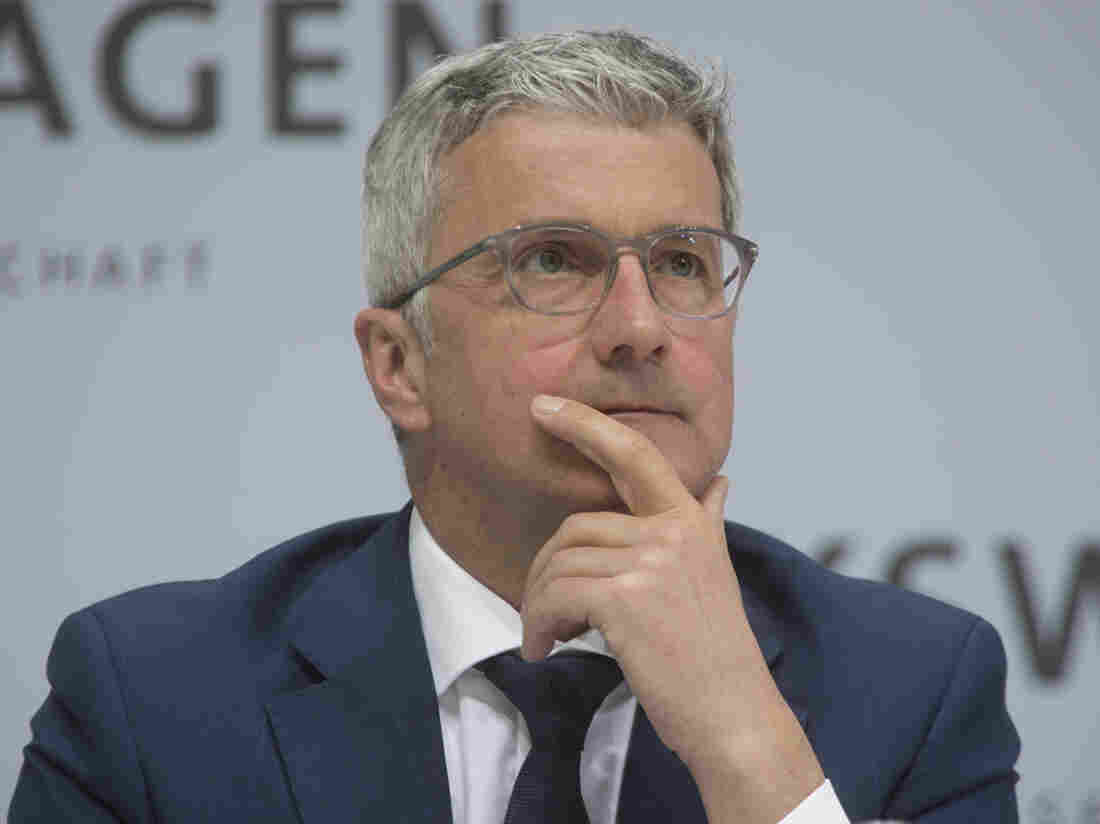 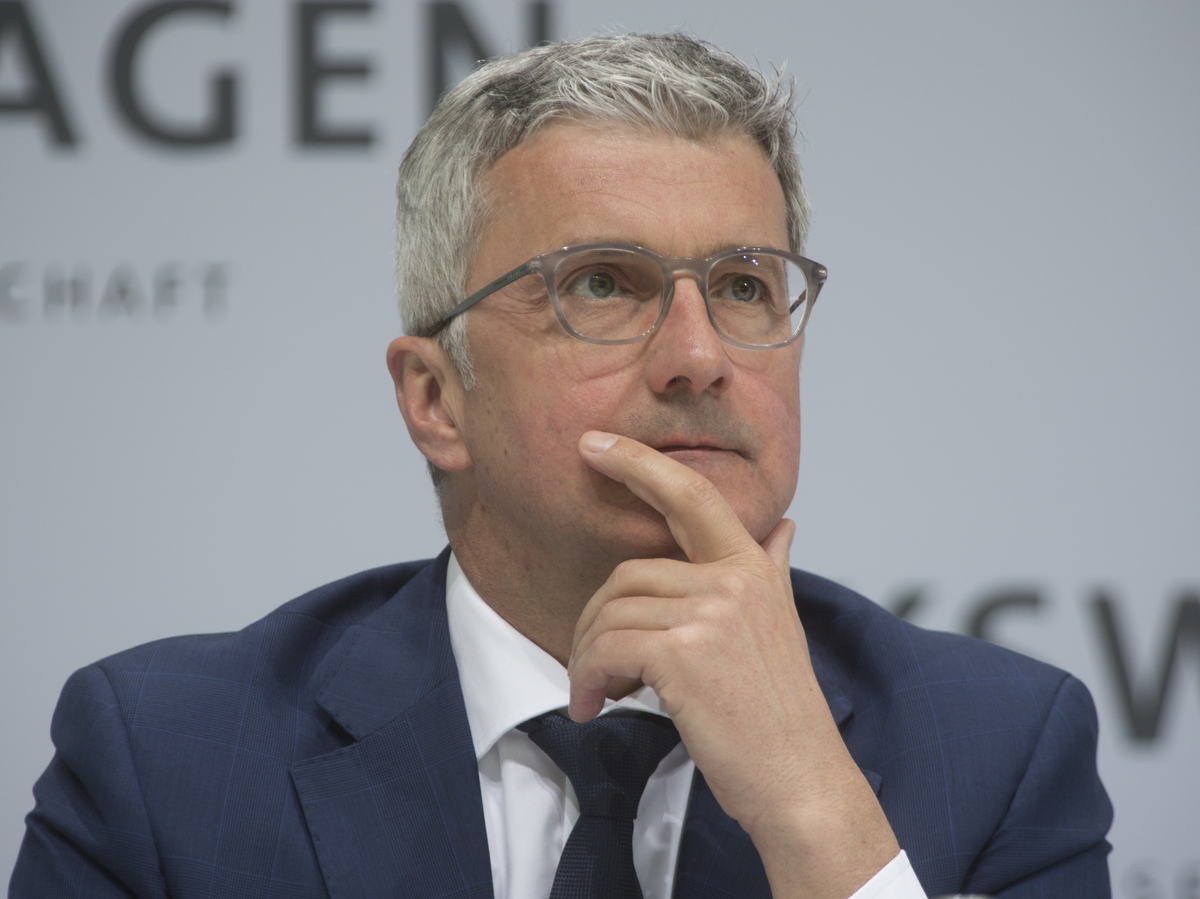 German police arrested the CEO of Audi, Rupert Stadler, on Monday in connection with the ongoing investigation into Volkswagen's diesel emissions scandal.

Munich prosecutors ordered a search of Stadler's home last week, and officials told the BBC that "they had acted because of a risk that Mr Stadler might seek to suppress evidence."

"We confirm that Rupert Stadler was taken into custody pending trial this morning at the request of the Munich II Public Prosecutor's Office," an Audi spokesman tells NPR.

"In view of the ongoing investigations, we have no further comment to make on this matter. The presumption of innocence continues to apply for Mr. Stadler."

The arrest comes just a week after German prosecutors fined Volkswagen $1.2 billion, Esme Nicholson reports for NPR from Berlin. VW has admitted that it cheated emissions testing by equipping diesel vehicles with software that turned on pollution controls during the tests and then turned them off at other times.

And The Associated Press reports that Stadler, who has spent nearly 30 years working for Audi, is under investigation for "fraud and indirect improprieties with documents."

As NPR has reported, six Volkswagen executives were indicted on May on charges of conspiracy and fraud in connection with the years-long emissions scheme, including former CEO Martin Winterkorn.

Just last month, Audi acknowledged that an additional 60,000 cars had been discovered to have "emissions-related problems," Reuters reported.

At the time, Stadler told shareholders that the company was in "close consultation with the authorities."