Accessibility links
House GOP Immigration Bill Would Modify — But Not End — Child Detentions Under the legislation, children would be held in the same place as their parents if the parents are detained. House Judiciary Committee Chairman Bob Goodlatte, R-Va., says he'd back a compromise bill. 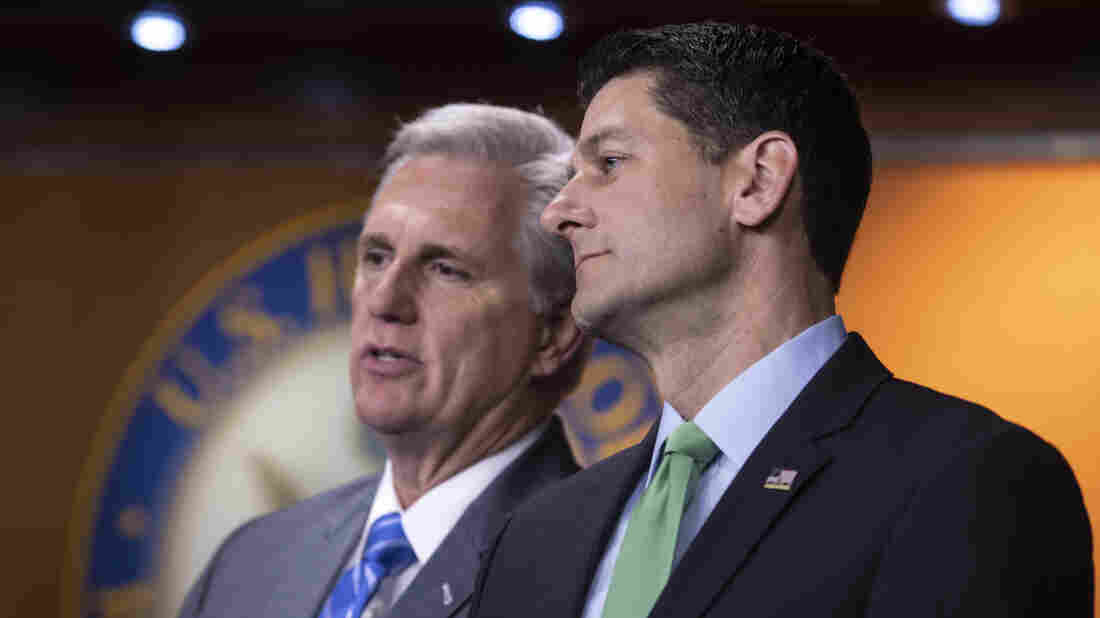 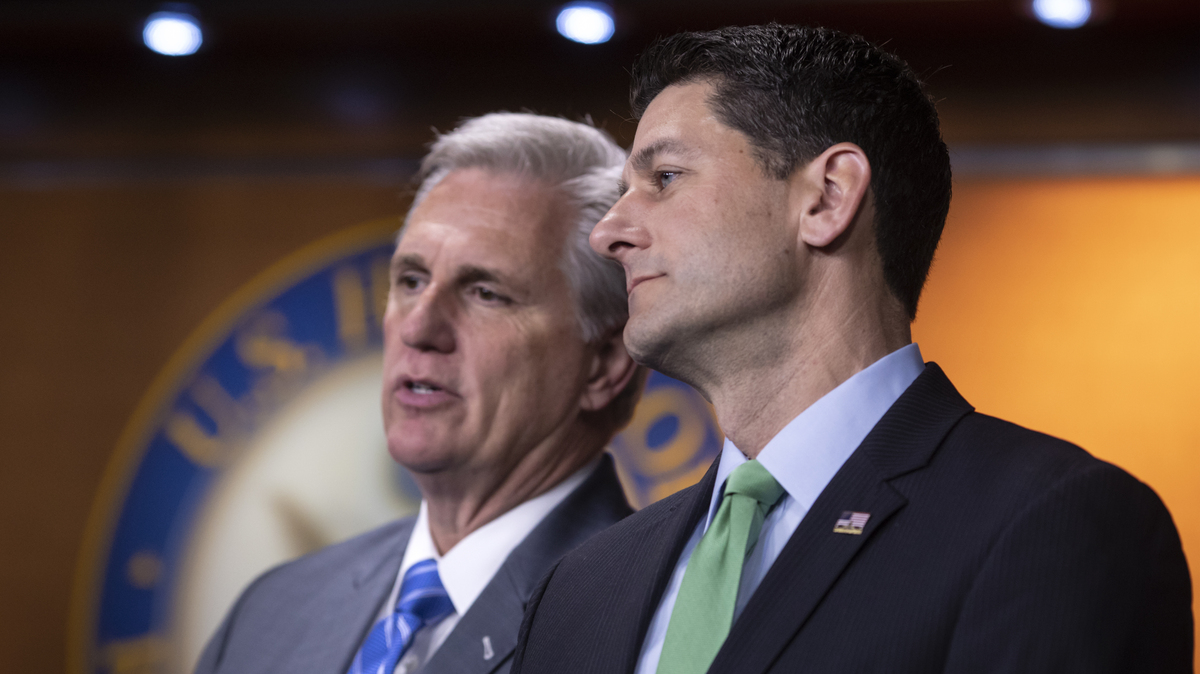 House Republican leaders are reworking their "compromise" immigration bill to include a provision that modifies — but doesn't completely end — the "zero tolerance" policy being enforced now by the Trump administration.

In the new legislation, children would now be held in the same place as their parents if they are detained. Under the White House's policy, roughly 2,000 children have been separated from their parents after crossing the Southwest border illegally in the past six weeks.

Public pushback to young children being housed separately in detention centers has put pressure on Congress to end that practice. Even House Judiciary Committee Chairman Bob Goodlatte, R-Va., who is an immigration hard-liner, told NPR's Mary Louise Kelly in an interview Monday for All Things Considered that he backs the changes to the administration's policy in the compromise bill.

"We're hard at work on language right now to take care of this problem so that children can remain with their parents," Goodlatte said.

However, he also stressed there would be some exceptions, noting that adults with offenses other than illegal entry would not be able to stay with their children. Adults who do cross the border illegally will still be detained but be kept with their children in the same facility until their case is adjudicated.

"Obviously, one of the questions is if parents would rather have the children with somebody else close by and not in the detention facility, that could possibly be accommodated — we're still working on this," Goodlatte said. "But parents who want to have their children with them and they're awaiting a trial on the violation of the law for entering the country illegally, we're going to work to make sure that that is possible."

The controversial policy enacted by the White House had been meant to be a deterrent by persuading those who were considering trying to cross the border — even if they were seeking asylum in the U.S. by fleeing violence in their home country — not to do so. The separation of children then, Goodlatte said, was an "ancillary" problem caused by trying to follow the law.

"When you're trying to send the message that you should not allow people to come into this country illegally, and that when they do so they are going to be detained, you then have this ancillary problem of small children, who I think should be with their parents, even though the circumstances are not very good here, it is still better for them to be with their parents," he said.

That message of deterrence follows what White House chief of staff John Kelly told NPR's John Burnett last month that "the children will be taken care of — put into foster care or whatever. But the big point is they elected to come illegally into the United States and this is a technique that no one hopes will be used extensively or for very long."

Goodlatte even admitted that the compromise bill crafted by House Speaker Paul Ryan, along with input from conservatives and centrists, has a better chance of passing than his own more stringent proposal.

"That is what has in my opinion the best chance of passing and getting 218 votes. We should focus on that," Goodlatte argued, saying he supported setting aside his own bill to do so.

"We don't need to vote on both of these at the same time," the Virginia Republican said. "But some of the members of the conference have insisted that they have the opportunity to vote on both bills so that's what happened."

But the compromise bill still isn't assured passage. That version and Goodlatte's bill are scheduled for House votes on Thursday. President Trump is addressing House GOP lawmakers at a meeting on immigration legislation on Tuesday evening. The visit comes after the president scrambled the debate inside his party on Friday — first saying he opposed the leadership's bill, but then later through a spokesman saying he backed both Republican bills.

On the Senate side, all 49 Senate Democrats have signed on to a bill from Sen. Dianne Feinstein, D-Calif., to halt family separations.

No GOP senators, however, have signed on to the bill, which would need 60 votes to move forward.

Republican legislators are coming under increasing pressure — even from some within their own party and their allies — to find a way to end the practice of separating children from their parents.

Former first lady Laura Bush wrote in a Washington Post op-ed on Sunday that the "zero-tolerance policy is cruel. It is immoral. And it breaks my heart."

Goodlatte somewhat dismissed the concerns of Bush and other opponents in his interview with NPR, noting that "those individuals don't have a vote in the House of Representatives."

But GOP rank-and-file voters remain supportive of such hard deterrence strategies. In a Quinnipiac University poll released Monday, 55 percent of Republicans said they support the policy of separating children from their parents if some families seeking asylum crossed the border illegally, later requesting asylum. Just 35 percent of GOP voters opposed it. Overall, two-thirds of voters oppose the policy and only 27 percent support it.

A CNN poll released later Monday showed a similar stark trend: 67 percent of Americans disapproved of the Trump administration's policy, but 58 percent of Republicans approve of it.