Accessibility links
Trump Threatens Tariffs On $200 Billion Of Chinese Goods In the latest move in an escalating trade dispute, the president announced he wanted to impose a 10 percent tariff on more Chinese products, in addition to the $50 billion enacted on Friday. 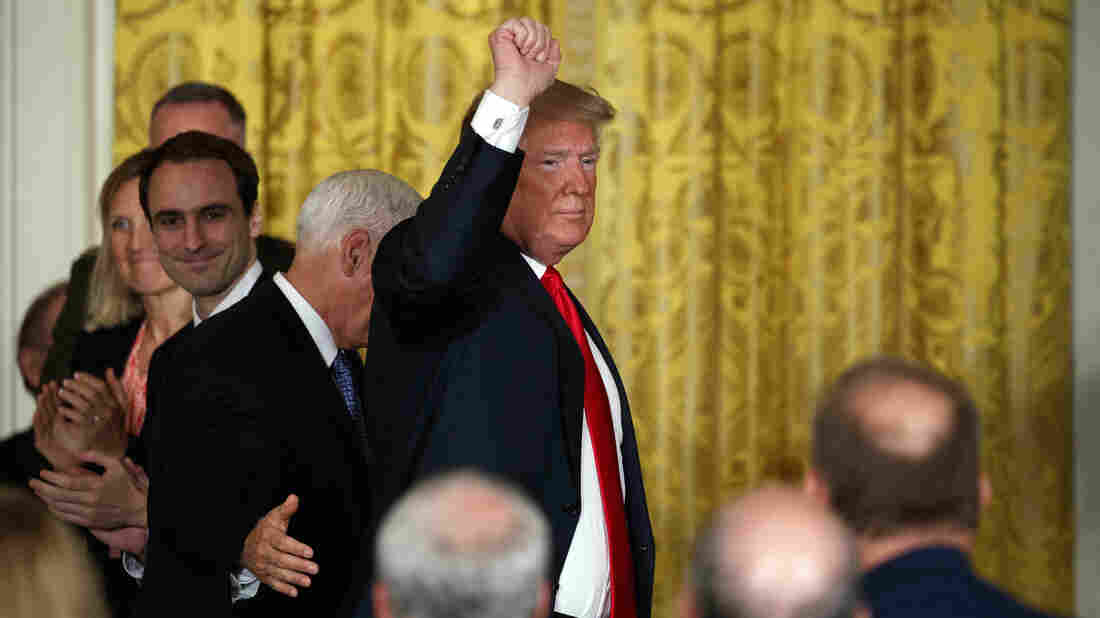 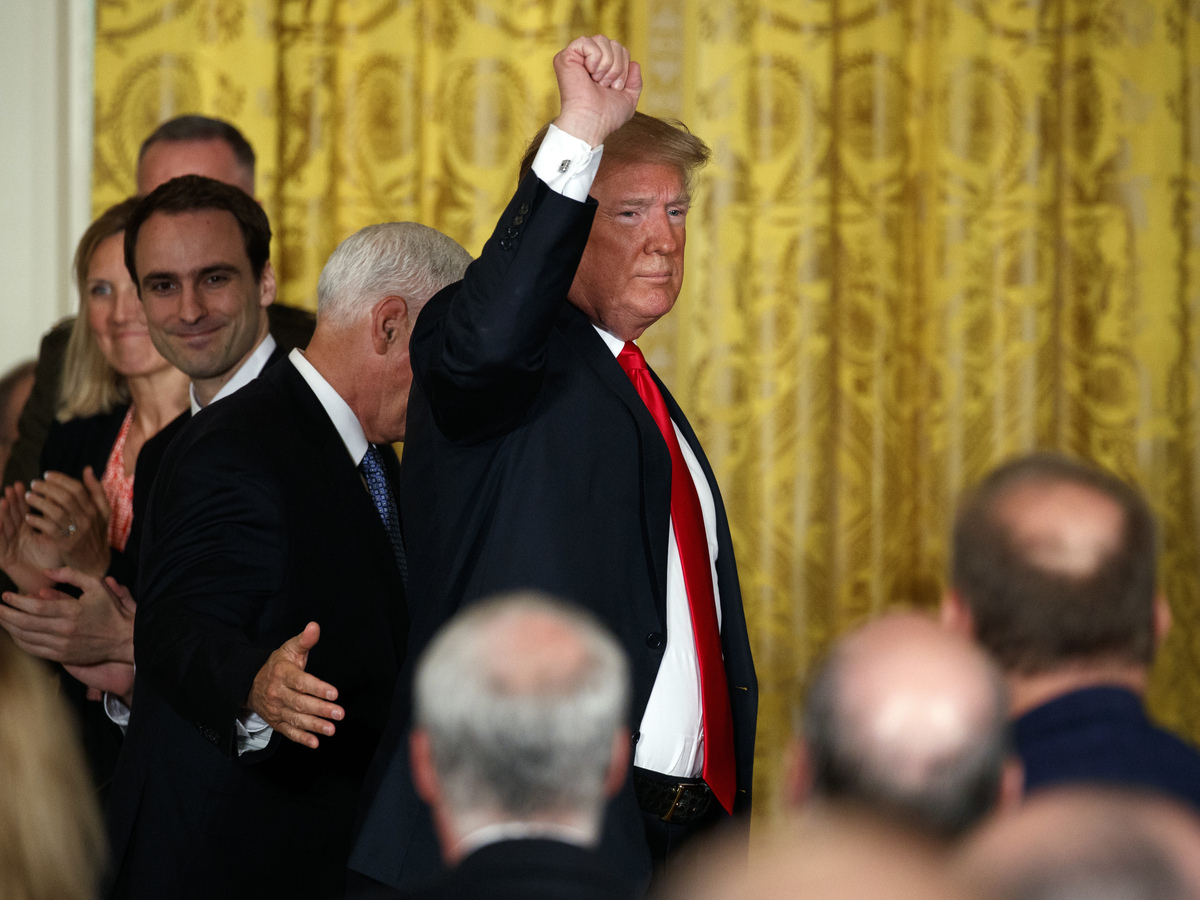 President Donald Trump pumps his fist as he leaves a meeting Monday in the East Room of the White House in Washington.

In the latest move in an escalating trade dispute, President Trump announced Monday evening that he was asking U.S. Trade Representative Robert Lighthizer to suggest $200 billion worth of Chinese goods on which the U.S. could impose a 10 percent tariff.

The move comes just three days after the president enacted an initial $50 billion in imports that would be taxed an additional 25 percent, which he said was punishment for the theft of intellectual property from U.S. companies, as well as the trade gap between the two countries.

Later on Friday, China announced its own tariffs on American goods, including a wide range of seafood and agricultural products, many cars and trucks, petrochemicals and an array of medical equipment.

Tensions Rise Between U.S. And China Over Trade Actions

Tensions Rise Between U.S. And China Over Trade Actions

"China doesn't want a trade war," China's foreign ministry spokesperson Lu Kang said in a statement last week. "However, confronted by such short-sighted act that hurts both US itself and others, China has no choice but to fight back forcefully."

In a statement issued by the White House press office on Monday, Trump said "I have an excellent relationship with President Xi, and we will continue working together on many issues. But the United States will no longer be taken advantage of on trade by China and other countries in the world."

Trump threatened to continue the economic escalation, saying that if China retaliates against the second round of tariffs, then more would be imposed.

In a speech to the Detroit Economic Club on Monday, Secretary of State Mike Pompeo accused China of "an unprecedented level of larceny," NPR's Michelle Kelemen reports.

"Chinese leaders over these past few weeks have been claiming openness and globalization. But it's a joke," Pompeo said. "Let's be clear: It's the most predatory economic government that operates against the rest of the world today."

On Tuesday, China's Foreign Ministry spokesman Geng Shuang said Pompeo's remarks "confuse right and wrong, and make groundless accusations against China. The aim of this is to cover up [the United States] own unilateralist, protectionist actions. The US ignores the consensus the two sides had reached, and acts capriciously by once again provoking a trade war. These actions cause the US to lose credibility in the world's eyes, and harm the interests of US and Chinese people and companies."

In a separate issue Monday evening, Senate Republicans pushed back against the Trump administration's lifting of sanctions on Chinese telecom firm ZTE, reinstating the penalties as part a defense bill. That measure isn't expected to make it through the House of Representatives, however.