Accessibility links
Trump Touts Economic Gains, As Trade War Looms President Trump boasted of a improving economy in a speech to small-business owners Tuesday. But those gains could be jeopardized by his escalating trade battles. 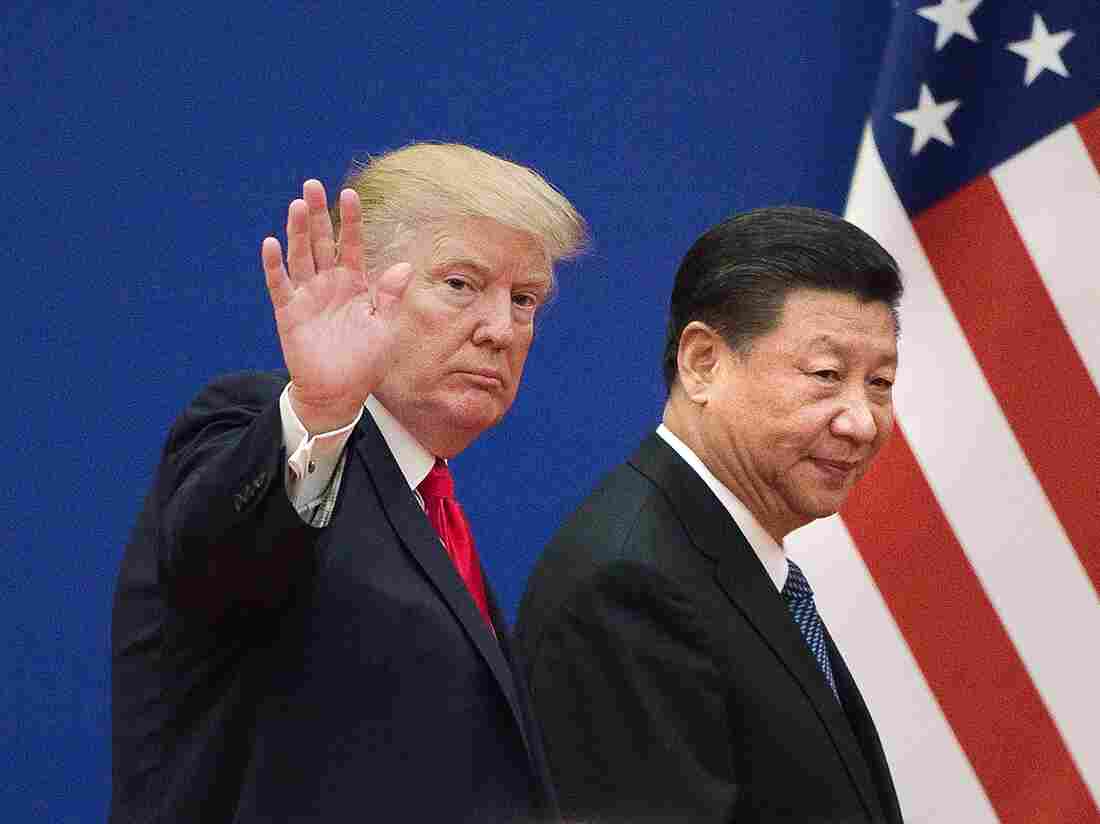 President Trump threatened to impose a new round of tariffs on China. Critics say the fallout is likely to cost tens of thousands of American jobs. Nicolas Asfouri/AFP/Getty Images hide caption 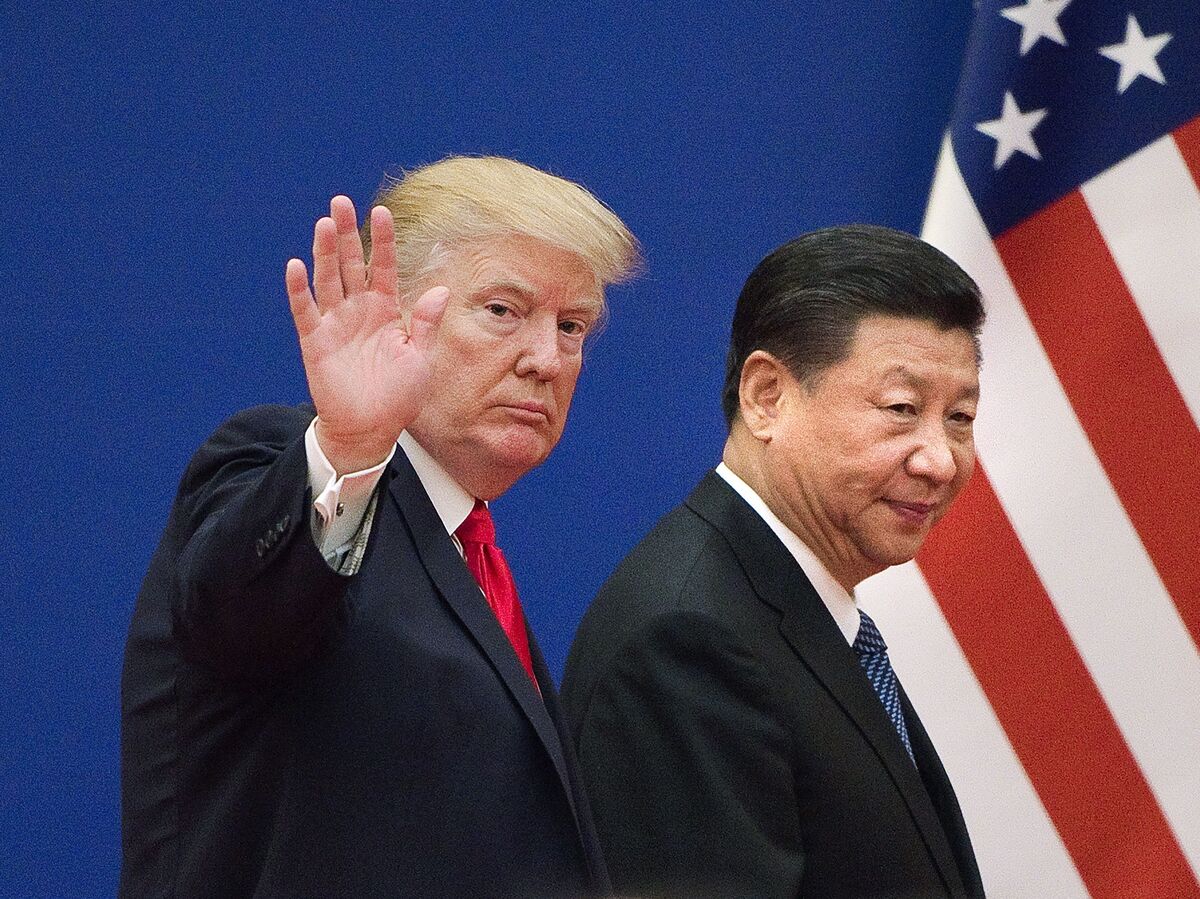 President Trump threatened to impose a new round of tariffs on China. Critics say the fallout is likely to cost tens of thousands of American jobs.

President Trump told a group of small-business owners Tuesday that the nation's economic future has never looked brighter. But that future could be imperiled by Trump's own multifront trade war.

"Main Street is thriving and America is winning once again," Trump declared in a speech to the NFIB, a small-business lobbying group. "You know, we're respected again. This country is respected again."

The president touted surveys showing near-record business confidence, along with solid job gains and an expected rebound in economic growth.

But those positive data points could not overcome market jitters as Trump's trade offensive against China and other partners escalated.

The Dow Jones industrial average tumbled nearly 300 points Tuesday — or just over 1 percent — after Trump threatened to level tariffs on an additional $200 billion in Chinese imports. The warning followed tariffs on $50 billion worth of Chinese goods that Trump ordered on Friday.

China quickly retaliated with tariffs of its own on U.S. exports including soybeans, medical equipment and petroleum products.

"This is just what we predicted: A tit-for-tat trade war has erupted and American families are caught in the middle," said Matthew Shay, president of the National Retail Federation. "This reckless escalation is the latest reminder that Congress must step in and exert its authority on trade policy."

"We have to change our ways," Trump said. "We can no longer be the stupid country. We want to be the smart country."

The Business Roundtable, a group of executives from some of America's biggest companies, criticized Trump's tactics as counterproductive.

"Risking a trade war with more tariffs will only invite more retaliation that will cause significant harm to the U.S. economy," the roundtable said in a statement. Instead of unilateral tariffs, the group called on Trump to work with allies to put coordinated pressure on China.

The administration has not yet said which products would be targeted in the new round of tariffs. But the additional levies might affect popular consumer products such as apparel and television sets.

China would not be able to match tariffs on another $200 billion because it simply doesn't buy that much from the U.S. In 2017, the U.S. sold about $130 billion in goods to China, while importing some $506 billion in Chinese products.

"It's clear that China does have much more to lose," said Peter Navarro, one of the president's top advisers on trade.

China could retaliate in other ways, however. Beijing's cooperation has been critical to the U.S. effort to impose economic sanctions on North Korea.

Trump suggested he is not worried that China will relax pressure on Pyongyang, despite the trade dispute.

"I have an excellent relationship with President Xi, and we will continue working together on many issues," the president said in a statement. "But the United States will no longer be taken advantage of on trade by China and other countries in the world."

Trump is simultaneously waging a trade war with Canada, Mexico and the European Union. He has ordered tariffs on imported steel and aluminum and repeatedly threatened to withdraw from NAFTA.

U.S. farmers, in particular, have been targeted with tariffs from those nations, both because they're big exporters and because farmers were generally supportive of Trump.

U.S. employers have added 3.6 million jobs since Trump's election — an impressive performance, although shy of the 4.1 million jobs added in the comparable period before the election.

Although GDP growth slowed in early 2018, forecasters expect to see a rebound in the current quarter, with estimates topping 4 percent.

"You see what projections are," Trump said. "People are projecting numbers like nobody thought even possible."