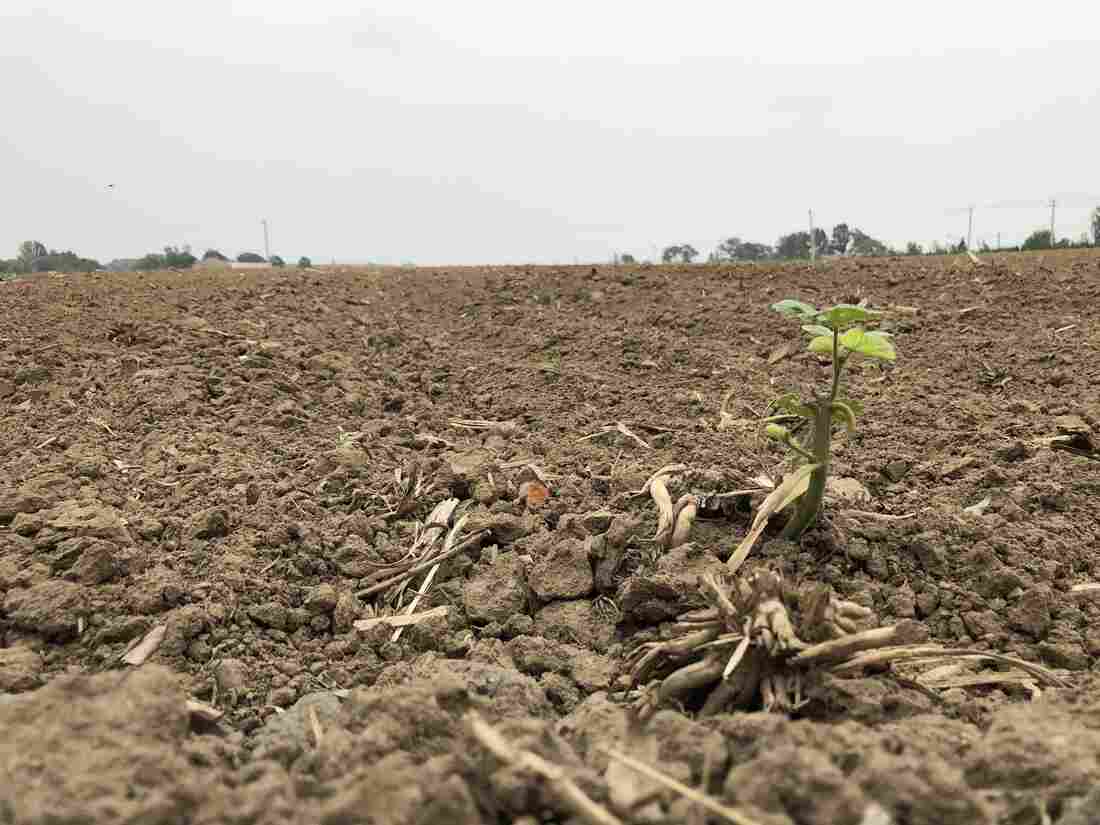 A single soybean plant grows in a field in the village of Sandaogou, China. Rob Schmitz/NPR hide caption 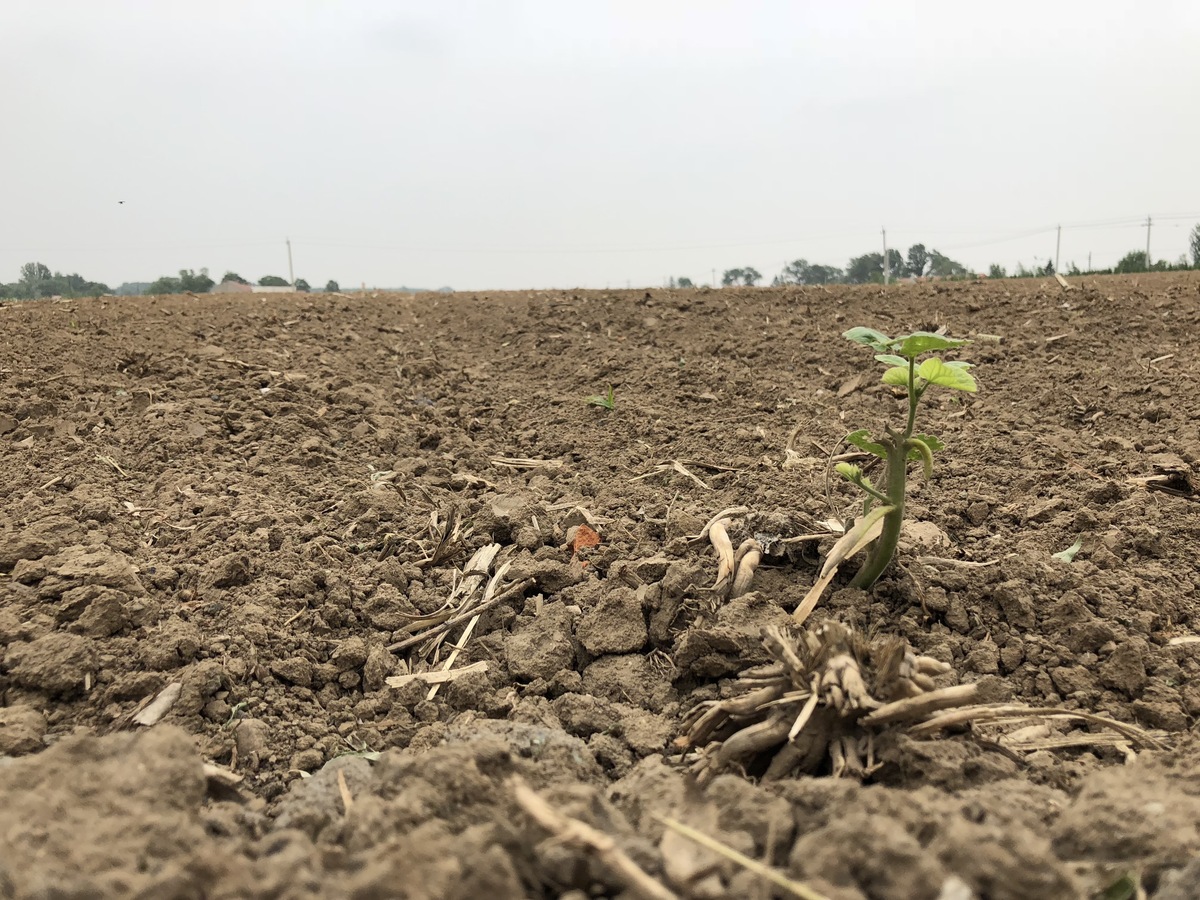 A single soybean plant grows in a field in the village of Sandaogou, China.

But soybean fields lay empty in the village of Sandaogou, which means "Three Ditches," in Liaoning province. It has been a dry spring.

"We've had a drought this year, so we planted soybeans late. The seedlings should be out by now. We need more rain," says farmer Liu, who only gives her surname for fear of trouble with local authorities. Soy, after all, has become "political."

China is the world's largest consumer of soybeans, a key product for making things like oil and pig feed, and is America's biggest buyer of the beans. But China has raised tariffs on a number of items including soybeans shipped from the U.S., in retaliation against new import duties on Chinese goods imposed by the Trump administration. On Monday, President Trump ordered his trade representative to draft a new list of $200 billion in Chinese goods for further tariffs, in a sharp escalation of the trade fight between the world's top two economies.

In May, China's agriculture ministry said the country will reduce its soybean imports for the first time in 15 years. To make up for part of the loss, the central government ordered local authorities to set aside 1.6 million acres of land to grow more soybeans. The country already cultivates nearly 21 million acres of the crop.

But here in Sandaogou, farmer Liu says while she grows soy on a collective farm she works on, she prefers to grow corn on her own plot of land.

"It's too risky to grow soybeans, and the income is less stable than growing corn," says Liu. "You don't lose money growing corn. Soybean yields are too low." 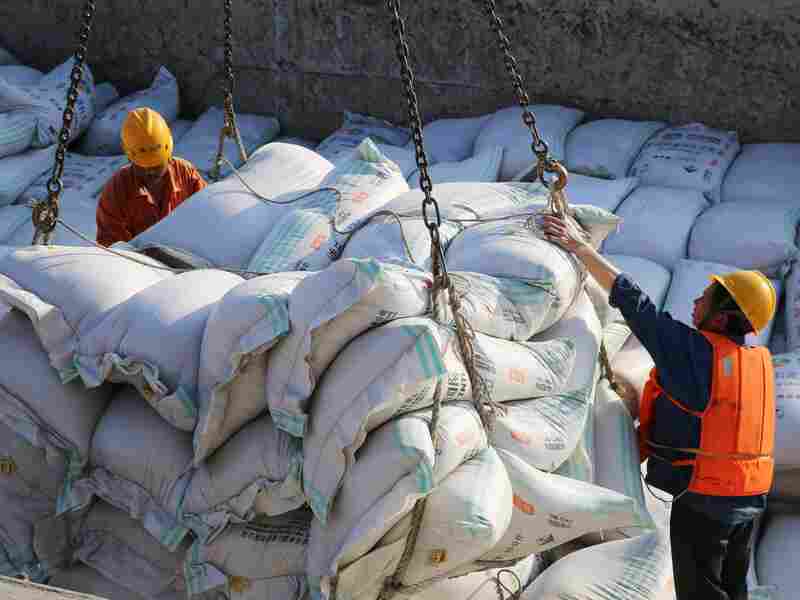 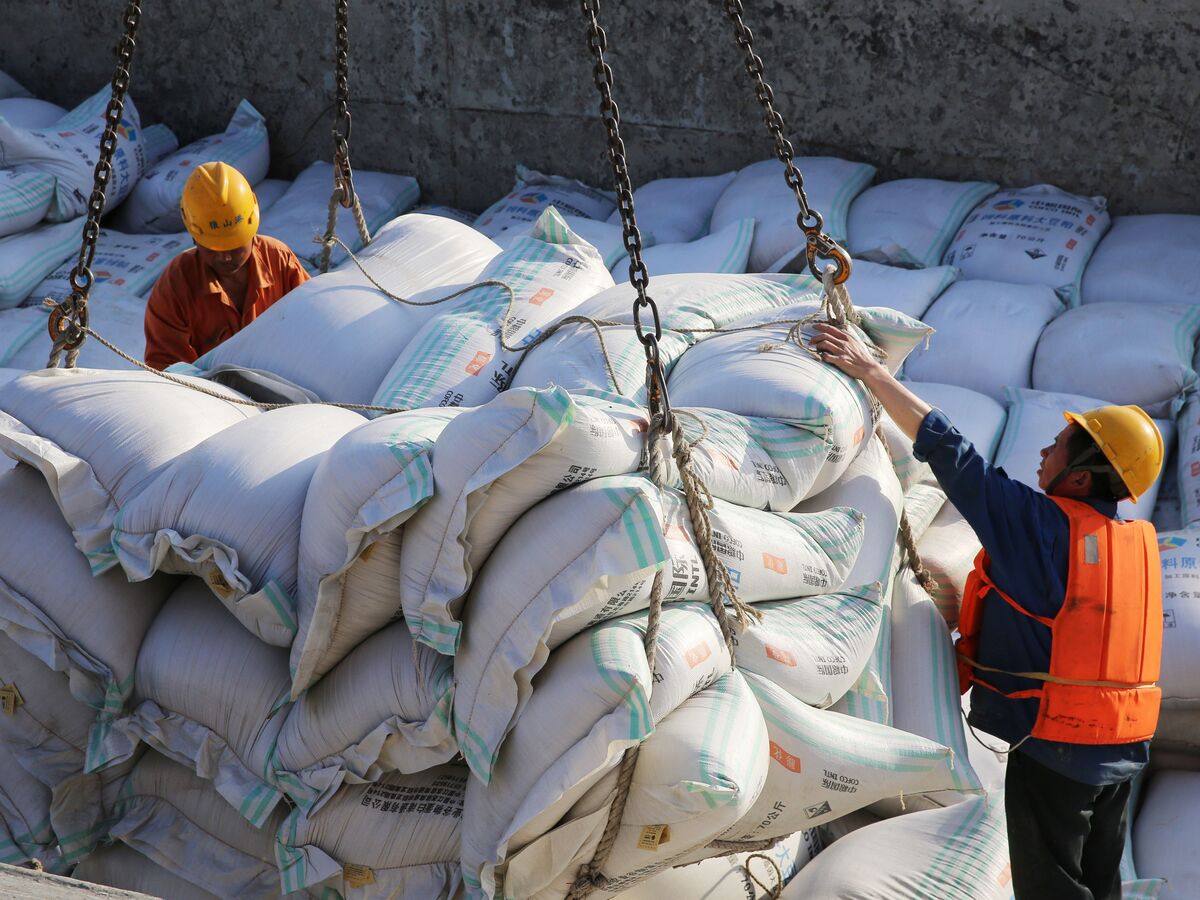 Workers transfer bags of soybean meal at a port in Nantong in China's eastern Jiangsu province.

China produced 14.2 million metric tons of soybeans last year and imported almost 100 million more to meet domestic demand, according to figures from the U.S. Department of Agriculture. A third of those imports were from the U.S.

"None of us wants a trade war," says Si Wei, an expert in the soy trade at China Agricultural University. "But if it happens, we need to think about what's important."

Si says Chinese tariffs on imported U.S. soybeans will have a big impact on both the American and Chinese markets.

"Judging from the land and water resources we have, I don't think it's realistic to grow all the soybeans we need ourselves and completely replace U.S. imports. We use U.S. soybeans mostly for oil. We'd have to replace it with peanut and rapeseed oil," he says.

Si says China can import those oils from Australia, Canada and Central Europe instead, but it won't be an easy transition for China.

Trump Hits China With Tariffs On $50 Billion Of Goods; China Says It Will Retaliate

Back on the soybean farm in Three Ditches village, farmer Liu says she hasn't heard about the trade spat between the U.S. and China. She unplugged her television months ago so that her son would focus on his studies.

But if the government asks her to grow more soybeans, she says she will — if the money is right.

She adds: "If they give me a better subsidy and provide sales channels for me, then why not?"