Accessibility links
'Zero Tolerance' Immigration Policies Haven't Worked In The Past Prior administrations tried their own versions of the "zero tolerance" policy. The government learned there is no proof that prosecuting all illegal border crossers deters people from coming. 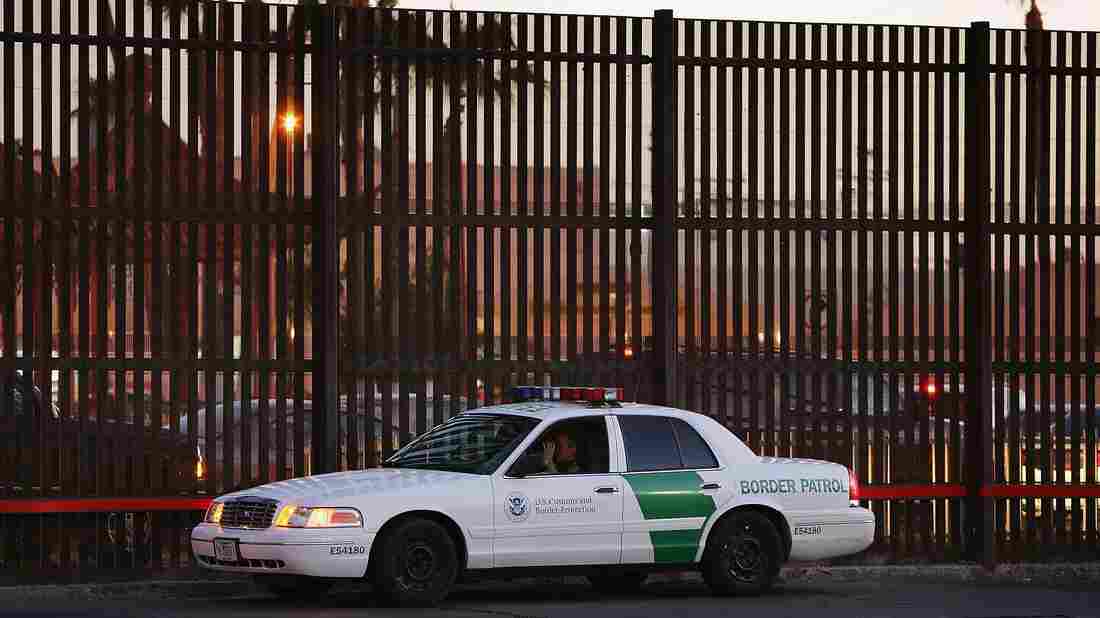 A U.S. Customs and Border Protection car parks next to the U.S.-Mexico border fence in Calexico, Calif., in 2006. David McNew/Getty Images hide caption 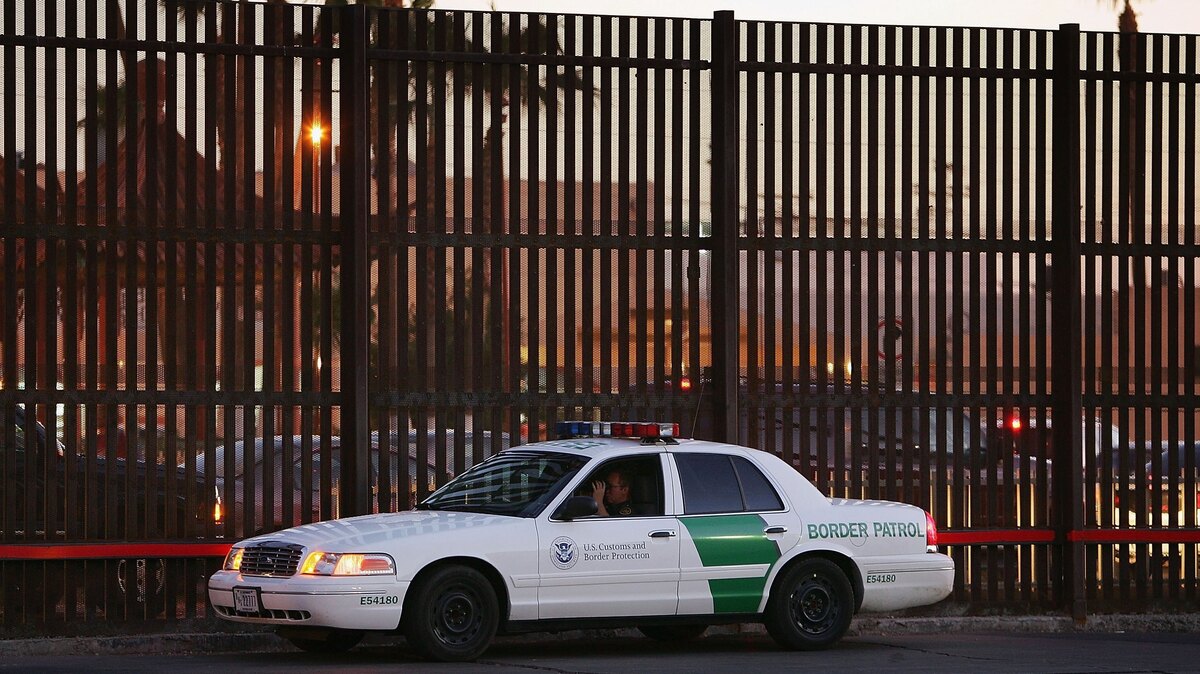 A U.S. Customs and Border Protection car parks next to the U.S.-Mexico border fence in Calexico, Calif., in 2006.

President Trump's "zero tolerance" practice of 100 percent prosecution was modeled after an earlier get-tough policy on the Southwest border called Operation Streamline. It was supposed to streamline the process for punishing unauthorized immigrants and deter people from jumping the border.

Streamline began in December 2005 as a pilot program in the sleepy border town of Del Rio, Texas. The Border Patrol was frustrated then — as now — by the impunity of undocumented border crossers. So it began referring every first-time crosser for prosecution. Prior to that, the immigrants had been allowed to return to Mexico without criminal charges, a procedure called voluntary departure.

If Streamline was supposed to deliver consequences to unauthorized crossers, it also bogged down the courts. Today, nearly 60 percent of all prosecutions for all federal crimes in the nation are for immigration violations, according to the TRAC project at Syracuse University.

"Operation Streamline has been going on for a number of years and it doesn't seem to be deterring people from coming into the country," says Joseph Cordova, supervisory assistant federal public defender in Del Rio. The number of unauthorized crossers apprehended each month has soared to 50,000 for each of the past three months.

"The deterrence of spending a little time in jail doesn't seem to be having an impact on them," he says.

His observation is shared by federal Judge Alia Moses, who has been on the bench in Del Rio since the beginning of Operation Streamline, 13 years ago.

Moses says the program was initially successful, then it fell off as undocumented immigrants avoided Del Rio and crossed elsewhere.

Under Presidents George W. Bush and Barack Obama, the program was expanded to other areas of the border in Texas and Arizona.

"That's why they expanded it, because some of these people just stopped coming to the Del Rio Sector, and started going to, say, Laredo or Big Bend Sector or somewhere else," says Jon Anfinsen, president of the local Border Patrol union in Del Rio.

While Streamline may have satisfied a hankering for border justice, no one can say whether it achieved lasting results. In 2015, the Inspector General of Homeland Security declared the program increased the workload for Border Patrol agents, yet the agency could not prove it had any effect on illegal border crossings.

"There is no credible data indicating that prosecuting people for crossing the border is a deterrent," says Judy Greene, director of Justice Strategies, a pro-immigrant policy research group.

In 2016, she co-authored a highly critical report on Streamline. It estimates that in the first 10 years of the program, incarceration costs alone topped $7 billion.

Now President Trump has signed an order to end family separation, but the administration says it will continue its controversial "zero tolerance" practice.

"I can't imagine this is a good policy," says a senior official inside the U.S. District Court's Western District of Texas, who asked not to be identified.

Under "zero tolerance," 70 children a day were being sent to federal shelters while their parents are prosecuted. In the first five weeks of the program, the number of children removed from their parents topped 2,300.

Chris Carlin, supervisory federal public defender in Alpine, Texas, points out most of the prosecutions under "zero tolerance" are for one of the lowest crimes in the U.S. criminal code.

The Trump administration had insisted it had no choice: kids cannot accompany parents who are jailed by the Department of Justice. But under Streamline, the Border Patrol used discretion. As a rule, agents did not send parents to criminal court and break up families.

"We didn't see them," says Judge Moses. "The Border Patrol was letting them go just through the immigration process and they weren't even coming into court."

That discretion had consequences. Moses says word got back to Latin America that parents could travel with their kids and after they were caught the family unit would be processed and allowed to continue its journey into the U.S. Border agents say this practice, that they derisively call "catch and release," is what caused the recent surge of families illegally crossing the border.

Moses adds, "This wave [of families crossing] we've been seeing in the last few years, at least in my judicial division. It's a very recent thing." She says some adult immigrants who appeared in her court brought children who do not belong to them in order to take advantage of "catch and release."

Moses says she has no idea if family separation will be a deterrent to the current wave of illegal immigration.