Accessibility links
Dow Jones Industrial Average Drops General Electric As recently as 2005, according to Reuters, General Electric was the most valuable publicly traded company in the United States. It will be replaced by the parent company of Walgreens pharmacies. 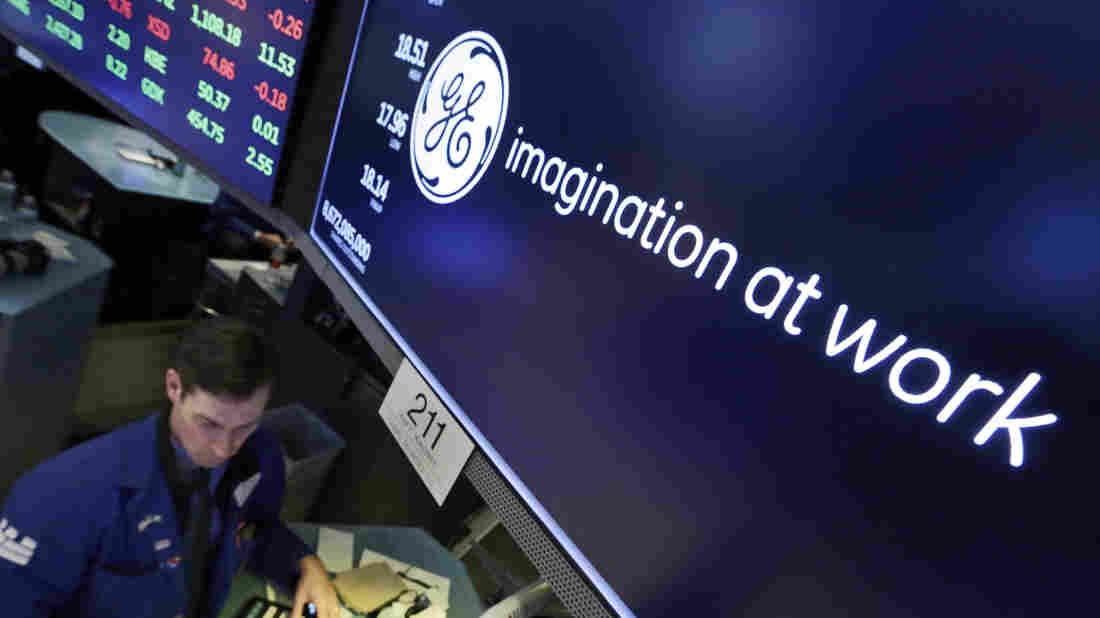 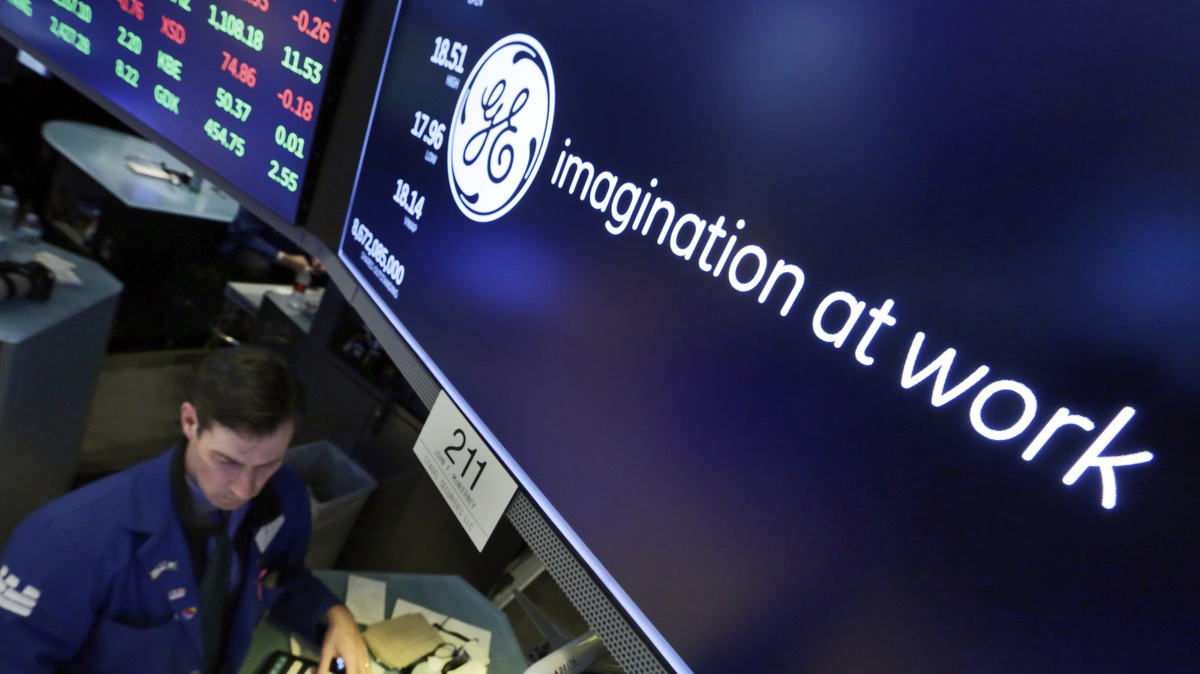 Specialist John McNierney works at the post that handles General Electric on the floor of the New York Stock Exchange in January. The struggling company is being dropped from the Dow Jones industrial average.

When the Dow Jones industrial average was created more than 120 years ago, it included 12 companies. Nearly all of the names faded away long ago: United States Leather Co., Distilling & Cattle Feeding Co., Chicago Gas Light And Coke Co.

All but one: General Electric, which is finally being dropped from the now 30-company stock index in favor of the parent company of the Walgreens chain of pharmacies. The change, announced Tuesday, will take effect June 26.

General Electric was off and on the average repeatedly in its early years, but had been a fixture since 1907. Standard Oil descendant ExxonMobil is the next longest-tenured company, first added in 1928. All but two other companies, United Technologies and Procter & Gamble, were added after 1975.

GE Struggles To Show It Still Has Magic Touch

"With its addition, the DJIA will be more representative of the consumer and health care sectors of the U.S. economy," said David Blitzer, managing director of Dow Jones Indices, said in a press release. "Today's change to the DJIA will make the index a better measure of the economy and the stock market."

As recently as 2005 according to Reuters, General Electric was the most valuable publicly traded company in the United States. The industrial conglomerate — originally assembled out of the various business interests of Thomas Edison in 1889 — was long without peer in the business world.

Jeffrey Immelt To Step Down As General Electric CEO

Jeffrey Immelt To Step Down As General Electric CEO

But in recent years the company has been through a painful restructuring that has included the loss of its once highly profitable finance division, reports NPR's Jim Zarroli. It also sold off its century-old railroad business, and its stock has fallen by half in the past year.

GE will be replaced by the drug store chain Walgreens Boots Alliance, which has more than 13,000 retail pharmacies in 11 countries, as well as nearly 400 pharmaceutical distribution centers.

The Dow, initially intended as a representative sample of the U.S. industrial sector, is now more reflective of the economy as a whole, and regularly updates its roster of 30 companies in an effort to maintain that. Other changes this decade were dropping AT&T in favor of Apple in 2015; replacing Alcoa, Bank of America and Hewlett Packard with Nike, Visa and Goldman Sachs in 2013; and adding insurer UnitedHealth in place of Kraft Foods in 2012.

It should be noted that removal from the Dow is no corporate death knell — even some of the first companies taken out still exist in some form. Chicago Gas Light And Coke Company, for instance, dropped in 1898, existed as a standalone company until 2007 and has been incorporated into regional utility provider Wisconsin Utility Corporation.

And Reuters notes that Bank of America, dropped in 2013, has outperformed the industrial average significantly since then.

A previous version of this story misspelled Procter & Gamble as Proctor & Gamble.