Accessibility links
'Queer Eye' Gurus Jonathan And Antoni On The Show's Heroes And 'Cooking-Gate' Fab Five members Jonathan Van Ness and Antoni Porowski discuss the second season's heartwarming premiere and why the reboot has been such a hit. 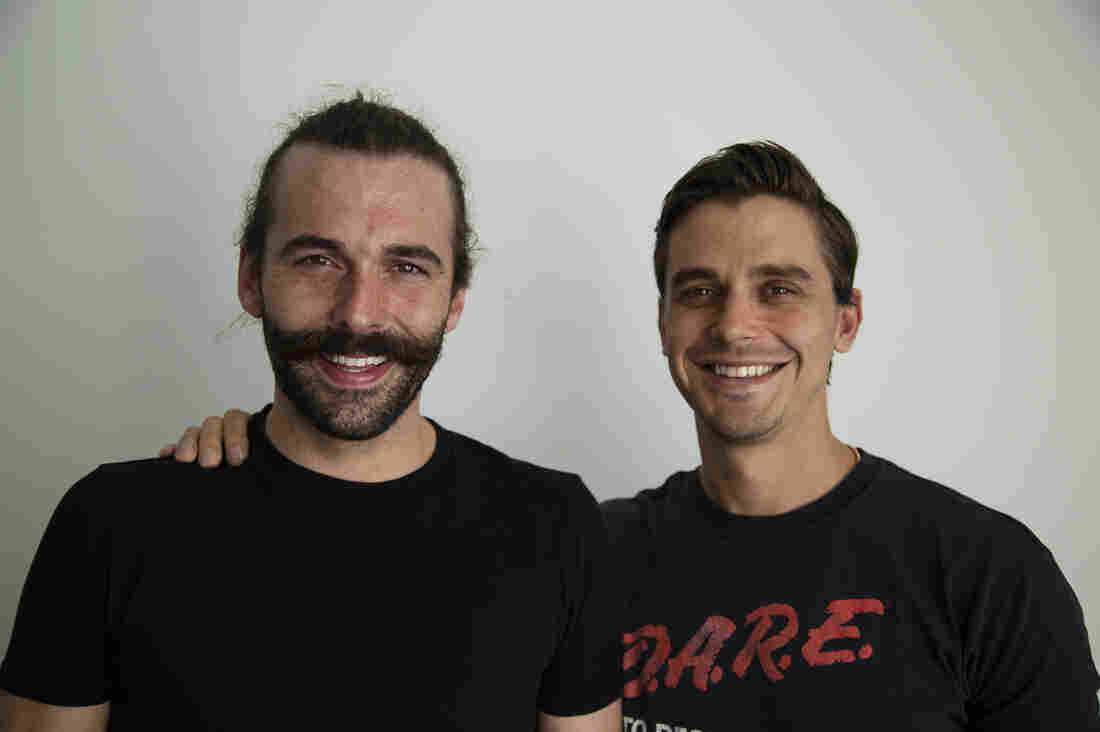 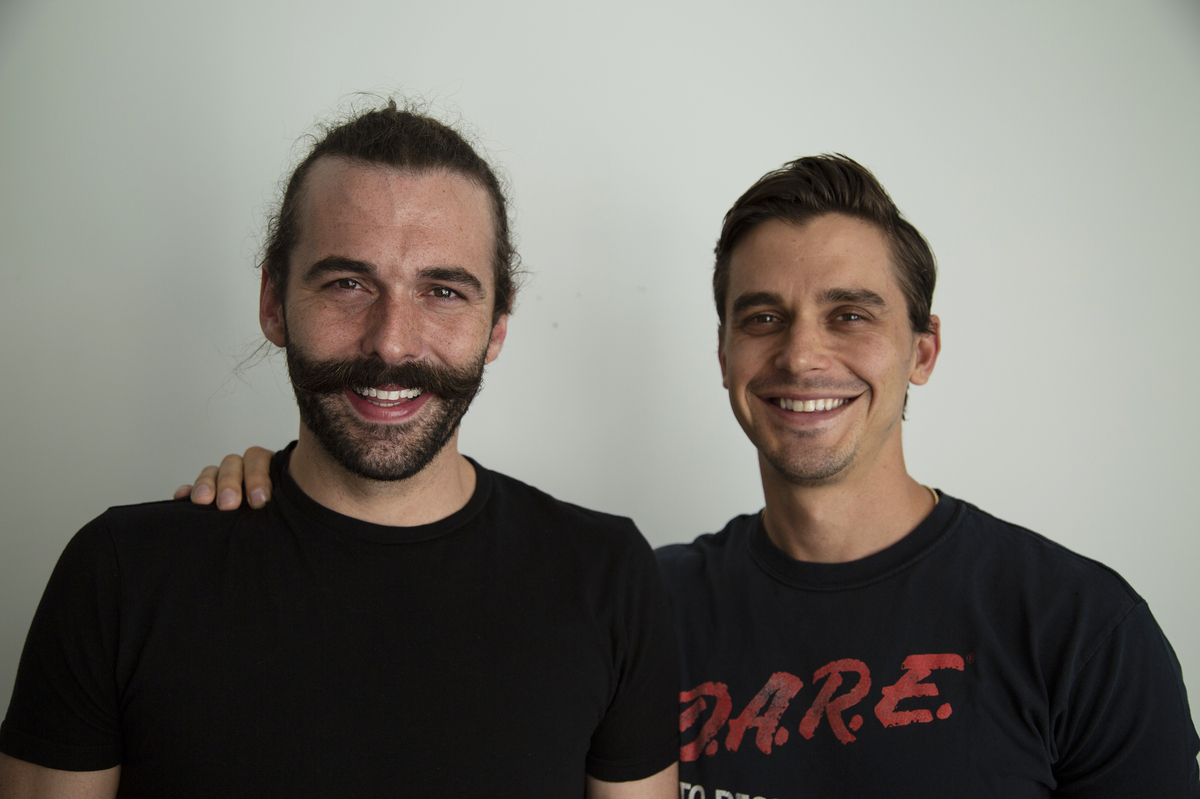 Grab the tissues — the Fab Five are back with a second season of Netflix's Queer Eye.

For the uninitiated, Queer Eye is a makeover show where five gay men with different areas of expertise (fashion, food, grooming, interior design) have a week to help change the life of one person, who they refer to as a "hero."

The show is based on Queer Eye for the Straight Guy, which aired on Bravo in the 2000s. But the Netflix series has moved beyond the original, which focused on men. Season two opens with a hero named Tammye Hicks, an active church member who talks about how she came to accept her gay son.

Cast member Antoni Porowski (food) says, "That was really an episode where I think the tables were turned. I feel like with a lot of the heroes, we tend to try to bring out parts of them that they want to discuss, and we sort of help facilitate that. With Tammye, it really switched and I feel like she called us out on a lot of our stuff and really brought a lot of things to light."

Porowski and Jonathan Van Ness (grooming) tell NPR about the heartwarming Tammye episode and how they respond to the show's critics.

On why Porowski was especially moved by Tammye's story

Porowski: I'll kind of leave it as I've had a problematic relationship growing up with my parents. Things are a lot better right now, but it's definitely been a work in progress, and unconditional love from a parent is not something that I take for granted.

And to see somebody like Tammye, who is so embedded in her religion — it's something that's very important to her — and was able to realize it wasn't the Bible, it wasn't religion; it was the way that she chose to look at her son being gay, and how he was or wasn't accepted into the church. And for somebody to sort of have that humility and realize: No, the problem is me. It's the way that I'm looking at the situation. The facts are all the same, it's just the angle at which I'm looking at the situation — specifically, her son being gay. That's something that really touched me. 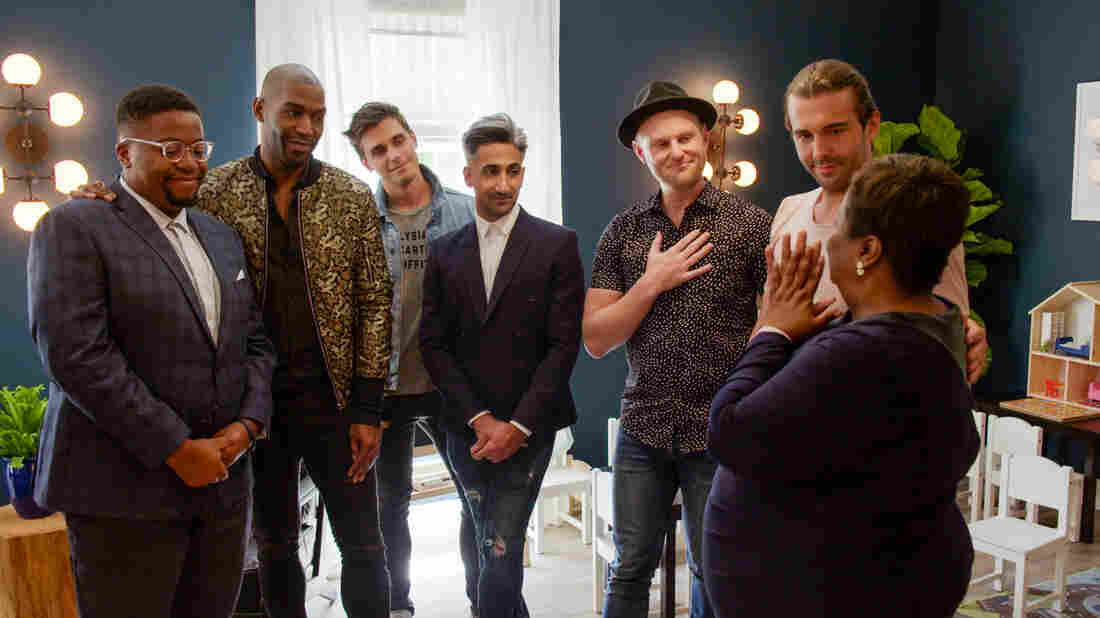 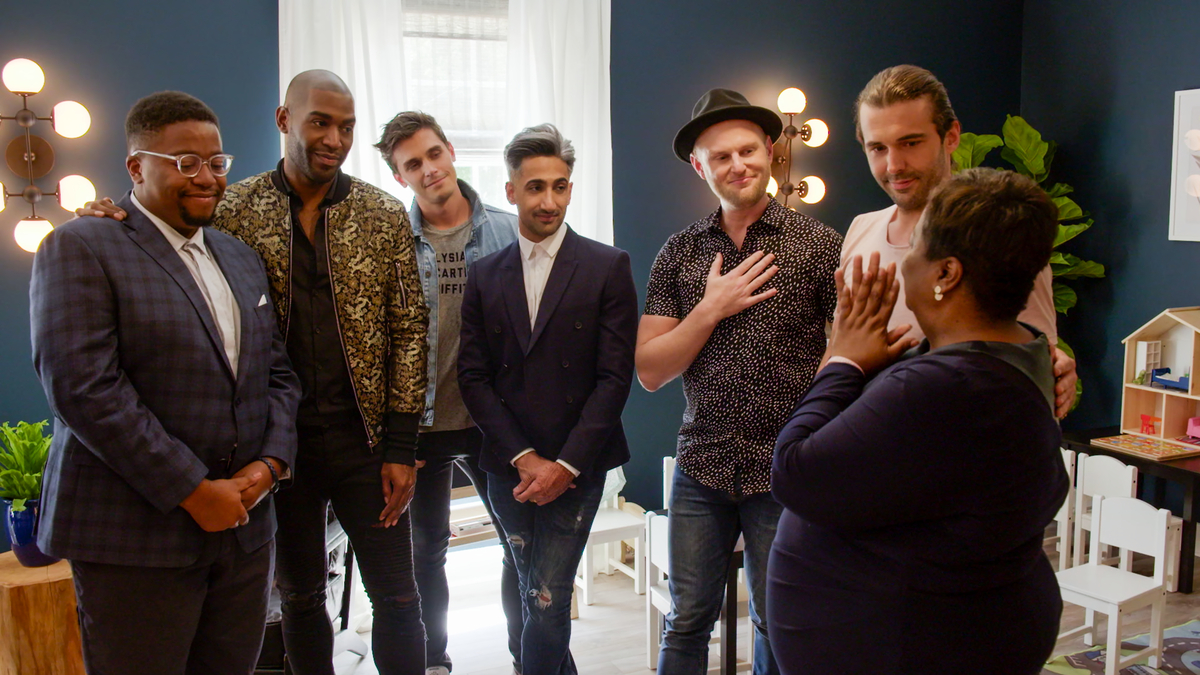 On a common struggle for the show's heroes

Van Ness: So much of what [Tammye] struggles with so many moms and women, and men actually — a lot of men struggle with that thing that Tammye did, which is just nurturing other people to a point where you lost sight of taking care of yourself, and equating self-care with selfishness. And so I was really excited for Tammye for that because it's like that whole airplane adage — like, you gotta put your little mask on first, because if your little mask isn't on, how are you gonna help me get my mask on? ...

And so I'm like, "Tammye, giving so much of yourself all the time, you won't have much left to give if you don't nurture yourself a little bit." And I think that's something that we all struggle with because I think most of us want to do the best that we can, and I think a lot of us struggle with people pleasing. I know I do. And sometimes, you know, saying, "No, I'm going to do this for myself," is very difficult.

Porowski: It was at first, especially because as soon as the show came out it was like this explosion of love and nothing but praise, and then suddenly you see like one bad thing, and it's like, Oh my gosh. I mean luckily for the bad, it's very troll-y, blog-y; for the most part no publication that I really deeply respect very much. But it's still — if I'm going to be taking the good, I have to take the bad with it as well. ...

On why the reboot has been such a hit

Van Ness: People are so hungry for something that's not so divisive and not so mean. ... I call it the British baking effect, like the British baking show effect, because I watch this show like morning, noon and night, all the time. It's like my all-the-time palate cleanser from the news. We just want to feel good about something, and I think that Queer Eye I has a little bit of that magic.

On adjusting to their newfound celebrity

Van Ness: We just had Pride in L.A. last weekend and I was on this float just living my best Pride life, but I was kind of hidden on this float just kind of waving and popping out. But then this boy on an intercom on the float started being like, "Jonathan Van Ness from Queer Eye." And ... people would literally point and start shaking and crying to a point where I was like, "Oh my God." ... This is how people were reacting to Meghan Markle. When they would see me, it's like an imaginary person would like punch them in the stomach and they would just start pointing and crying. Not everyone, but a lot of people. And I was like, "This feels like Meghan Markle! This is a moment, honey!" ...

Porowski: There's something so weirdly overwhelming about it. One thing I did that has managed to really dissipate in a big way, and I'm really happy about, is like the whole impostor syndrome. Like: Oh my God, I tricked everyone into thinking I can cook and actually be on TV and present myself and make complete sentences without like mumbling and jumbling my words, like I just did. So that part I sort of got over. But then it's like God forbid I accept the fact of what's going on right now. Like, what would happen then if I actually — my voice quivers thinking about it, it's sort of like letting yourself enjoy it which is a hard thing for me.

Kevin Tidmarsh and Andrew Jones produced and edited this interview for broadcast. Nicole Cohen adapted it for the Web.