Accessibility links
Pope Joins Calls To End Family Separations, Says He Stands 'With Refugees' "A person's dignity does not depend on them being a citizen, a migrant, or a refugee," Francis tweeted Wednesday. 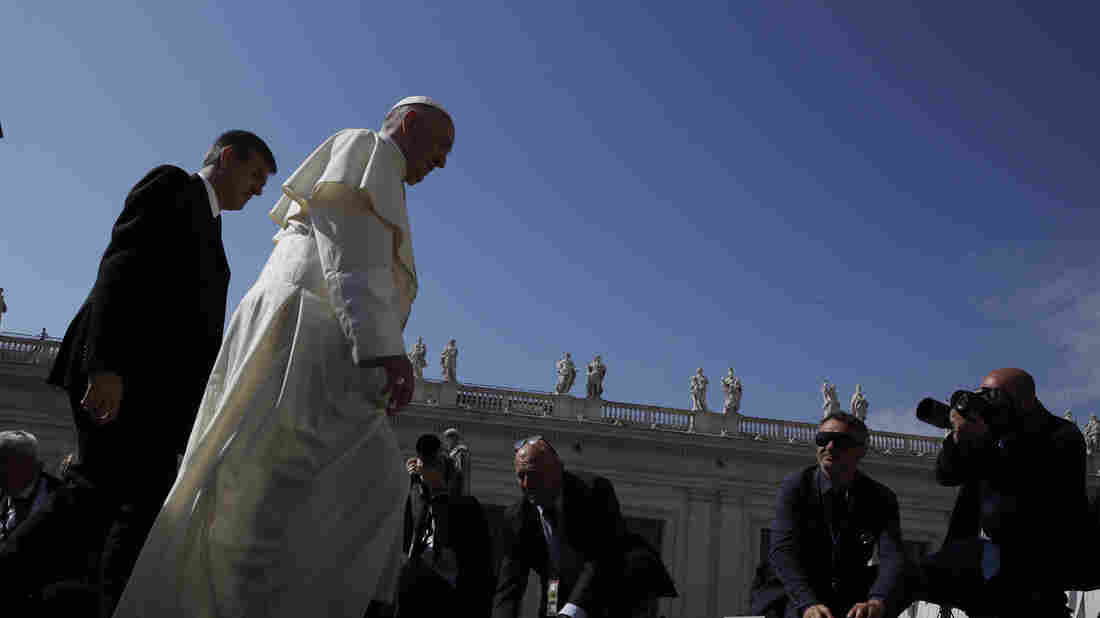 Pope Francis arrives in St. Peter's Square at the Vatican on Wednesday for his weekly general audience, the same day he tweeted his support for migrants and refugees. Alessandra Tarantino/AP hide caption 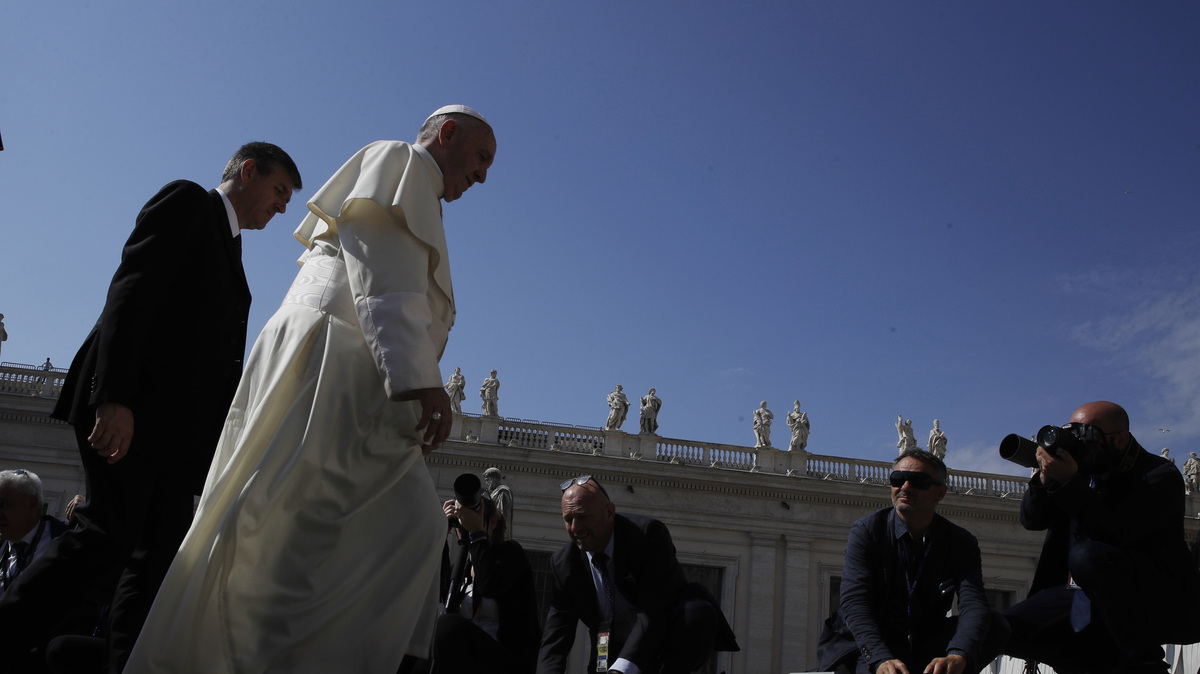 Pope Francis arrives in St. Peter's Square at the Vatican on Wednesday for his weekly general audience, the same day he tweeted his support for migrants and refugees.

Pope Francis has added his voice to the growing chorus of those decrying the Trump administration's "zero-tolerance" policy on illegal border crossings that has resulted in the separation of parents and children traveling together.

"A person's dignity does not depend on them being a citizen, a migrant, or a refugee," the pope tweeted Wednesday with the hashtag #WithRefugees. "Saving the life of someone fleeing war and poverty is an act of humanity."

A person's dignity does not depend on them being a citizen, a migrant, or a refugee. Saving the life of someone fleeing war and poverty is an act of humanity. #WithRefugees @M_RSection

In another tweet, the pope said Jesus is encountered "in those who are poor, rejected, or refugees," and implored his nearly 8 million followers not to let fear "get in the way of welcoming our neighbour in need."

We encounter Jesus in those who are poor, rejected, or refugees. Do not let fear get in the way of welcoming our neighbour in need. #WithRefugees @M_RSection

It comes on World Refugee Day, when the United Nations asks for solidarity with the more than 68 million people who have been uprooted globally.

Also Wednesday, Reuters published a wide-ranging interview with the pope in which he more pointedly, if indirectly, criticized the Trump administration's handling of immigrants crossing the U.S. border from Mexico.

"I am on the side of the Bishops Conference," the pope said.

The U.S. Conference of Catholic Bishops recently released statements excoriating the U.S. policy of dividing families, calling it "contrary to our Catholic values" as well as "immoral."

There is no legislation requiring children be taken from their parents, even as President Trump has repeatedly blamed existing law as well as faulting Democrats for the practice.

Instead, U.S. Customs and Border Protection says that under Attorney General Jeff Sessions' directive, "all amenable adults who illegally enter the country, including those accompanied by their children" must be prosecuted while the children "are normally held in a temporary shelter or hosted by an appropriate family."

The policy — announced in April — has resulted in 2,342 children being separated from their families, according to the latest figures from the Department of Homeland Security. 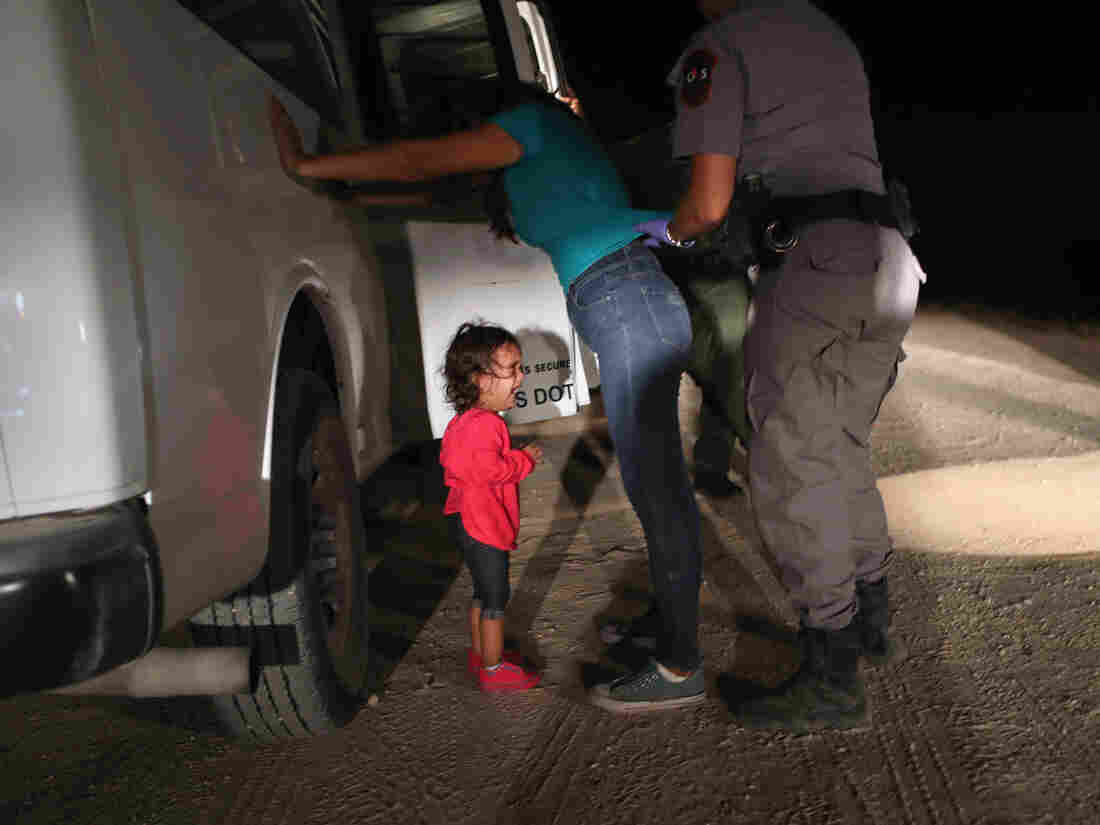 A 2-year-old from Honduras cries as her mother is searched and detained near the U.S.-Mexico border on June 12 in McAllen, Texas. John Moore/Getty Images hide caption 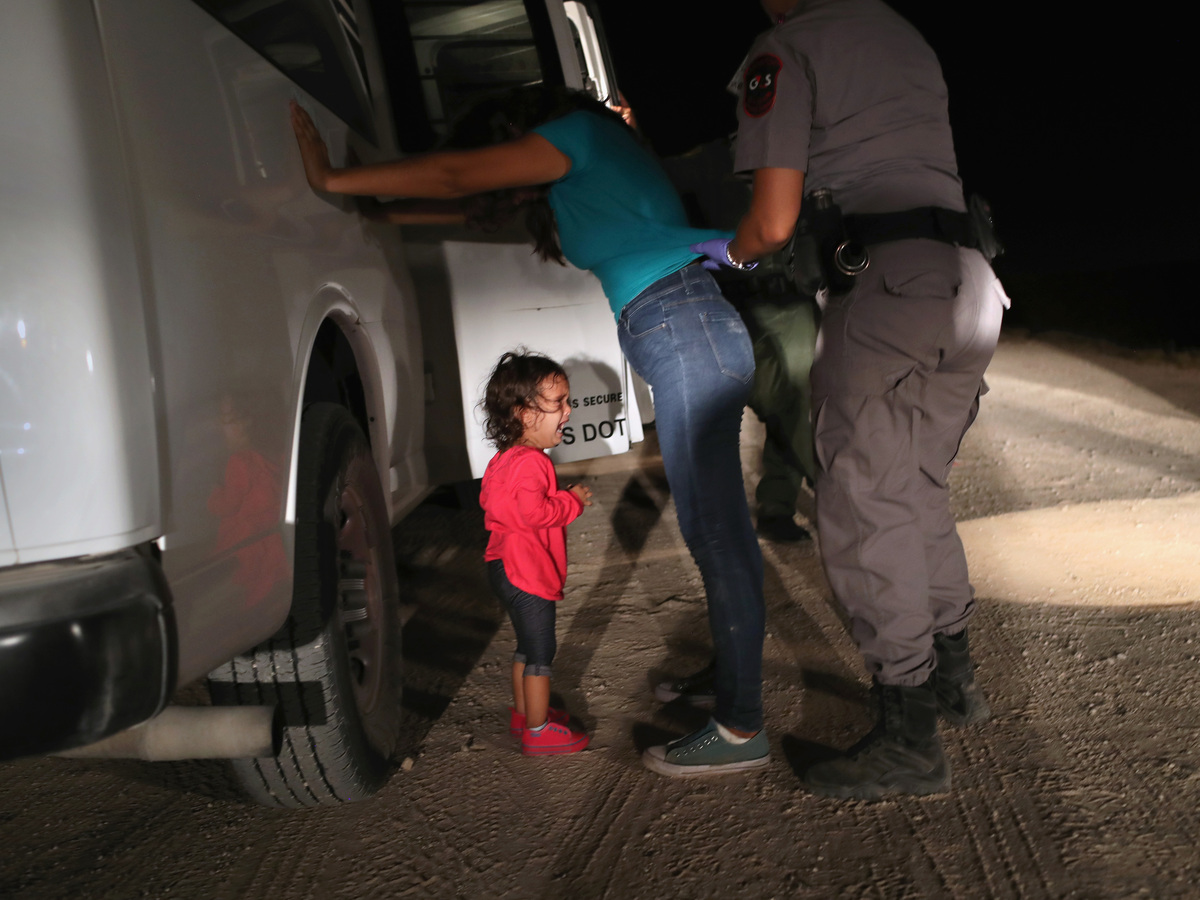 A 2-year-old from Honduras cries as her mother is searched and detained near the U.S.-Mexico border on June 12 in McAllen, Texas.

But U.S. officials have been opaque about what happens regarding the separation process, including where the children are going.

The Associated Press shed some light on Wednesday, reporting that the Trump administration has been sending very young children, including infants and toddlers, to "tender age" shelters in South Texas.

Reporters so far have not been allowed into those facilities, but doctors and lawyers who have visited tell the wire service that three centers have been repurposed to serve the needs of children younger than age 5 and appear to be clean and safe.

A fourth shelter in a warehouse formerly used for people displaced by Hurricane Harvey is planned for Houston and would house up to 240 kids, according to the AP.

"We got rid of orphanages a long time ago in America," he says noting that other kids removed from their parents stay with relatives or in smaller foster-care programs.

As for the parents whose kids have been removed, "they're traumatized," public defender Erik Hanshew of El Paso, Texas, told NPR's David Greene.

"This is a whole new world," said Hanshew, who has represented detained immigrants for years. "They want to know 'where is my child, who is taking care of my child, who is protecting my child, how will I find them, are they going to send me back to Guatemala or Honduras with them, am I going to be sent back without them?' "

At this stage, the answers remain unclear.

The emotional toll of the separations, underscored by recent pictures and an audio recording of sobbing children, has fueled a growing backlash.

Europe is also grappling with what UNHCR, the U.N. Refugee Agency, says are unprecedented levels of people being forced from their homes. Many are crossing the Mediterranean Sea as they flee conflict and poverty in sub-Saharan Africa and the Middle East.

Italy and Malta recently refused safe harbor to hundreds of migrants rescued at sea, forcing them to seek refuge in Spain.

The pope told Reuters that populists were "creating psychosis" on the issue of immigration.

"It's not easy, but populism is not the solution," Francis said.