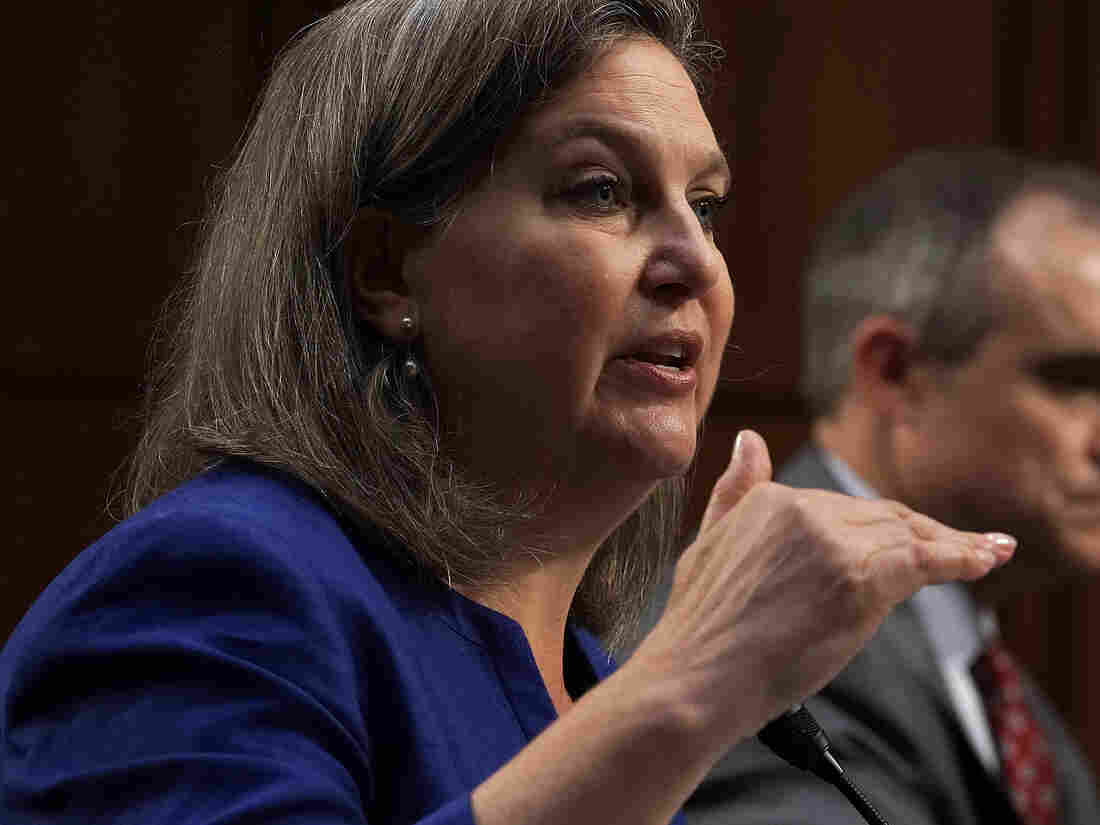 Former Assistant Secretary of State for European and Eurasian Affairs Victoria Nuland testifies before the Senate Intelligence Committee on Wednesday about the policy response to Russian interference in the 2016 election and spoke of what other countries may be doing to emulate Russia's tactics. Alex Wong/Getty Images hide caption 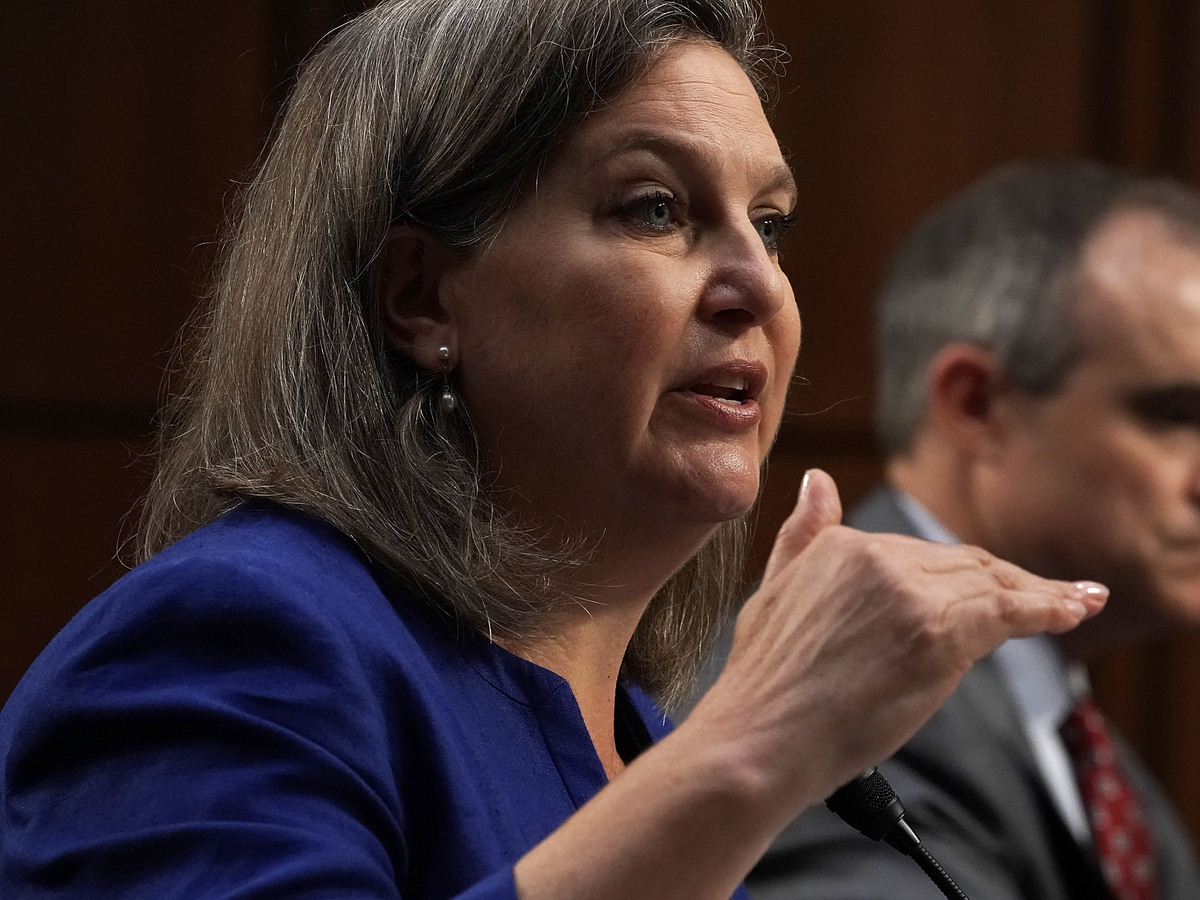 Former Assistant Secretary of State for European and Eurasian Affairs Victoria Nuland testifies before the Senate Intelligence Committee on Wednesday about the policy response to Russian interference in the 2016 election and spoke of what other countries may be doing to emulate Russia's tactics.

A former senior U.S. official from the Obama administration is warning that Russian efforts to influence U.S. politics have been so successful that other U.S. adversaries like China are beginning to emulate them.

Victoria Nuland told the Senate intelligence committee on Wednesday, "Other countries and malign actors are now adapting and improving on Russia's methodology, notably including China which now runs disinformation campaigns and influence operations in Taiwan, Australia and other neighboring countries."

Nuland had a front-row seat to the Russian effort to interfere with the 2016 presidential election, serving as assistant secretary of state for European and Eurasian affairs from 2013 until the end of the Obama administration.

She spent more than three decades in the U.S. foreign service, acting as the U.S. Ambassador to NATO during the George W. Bush administration and a spokesperson for the State Department under Hillary Clinton. Nuland was also a top adviser to former Vice President Dick Cheney.

Michael Daniel, cybersecurity coordinator at the National Security Council during the Obama administration including the time period of the 2016 campaign, joined Nuland before the Senate panel.

"Our adversaries are also going to get better at integrating their cyber-capabilities with other aspects of their national power. The Russians are already quite far along with that but the Chinese and others are not far behind," Daniel said. "The Russians and other actors, including China, Iran, North Korea, criminal organizations, terrorist organizations, hacktivists, all of them are discovering the cyberspace is a great place to try to advance their agenda. We are seeing a proliferation of capabilities across the globe."

Last month, for example, Australia news outlets reported on a classified government report that revealed efforts by the Chinese government to influence politics in their country.

The Senate intelligence committee, which is investigating Russian interference in the 2016 presidential election, held a hearing to examine how the Obama administration reacted as the Kremlin-linked operation was underway. The two former national security officials described a response that was ultimately ineffectual.

Obama administration officials knew that Russia would target the major political campaigns — as they had in previous elections — but they assumed that it would be limited to espionage for their own intelligence collection purposes.

They did not anticipate that Russia would actively try to interfere in the election process by trying to influence and disrupt the presidential campaign, Daniel said.

The Obama administration warned the Kremlin and the Russian government on multiple occasions to stop interfering with the campaign while it was ongoing, but this proved to be of little to no use.

Then-CIA Director John Brennan warned his Russian intelligence counterpart in August 2016; the United States contacted Russia using a 'cyber-hotline' that was set up to defuse tensions; and President Obama himself gave a warning to President Putin in the fall of 2016.

Daniel said that the Obama administration came up with a whole range of public and covert options to respond, but the White House decided that it would not actively take measures to deter the Russians while the campaign was underway.

"In my experience, the Kremlin watches more what we do than what we say," Nuland told senators. "We did not take deterrence measures in the electoral period."

Nuland said that President Obama waited until after the 2016 election to launch an investigation into Russian interference for three reasons: The administration suffered from a lack of information about the Russian attacks, Trump as a candidate had called into question the legitimacy of the election, so Obama didn't want to appear to tip the scales, and there were concerns that the Russians might escalate their efforts further.

"There was a perception that this could be dealt with after the election," regardless of the eventual winner," Nuland said.

Nuland said she doesn't expect the Russians to stop interfering, and have in fact been "turbocharging" their efforts to divide Americans on contentious issues like race and gun control.

"So I think they will accelerate that," she said.

Nuland herself is believed to have been the target of Russian political interference in in the West in 2014, when a phone call in which she spoke disparagingly about European allies was leaked in the middle of the political crisis in Ukraine between the former Moscow-backed government and the pro-Western opposition. The U.S. immediately accused Russia of recording and leaking the call.