Accessibility links
Librarian Nancy Pearl Picks 7 Books For Summer Reading Pearl's under-the-radar recommendations include a children's fantasy, a murder mystery set in 1919 Kolkata and an entire book dedicated to the events of 1947. 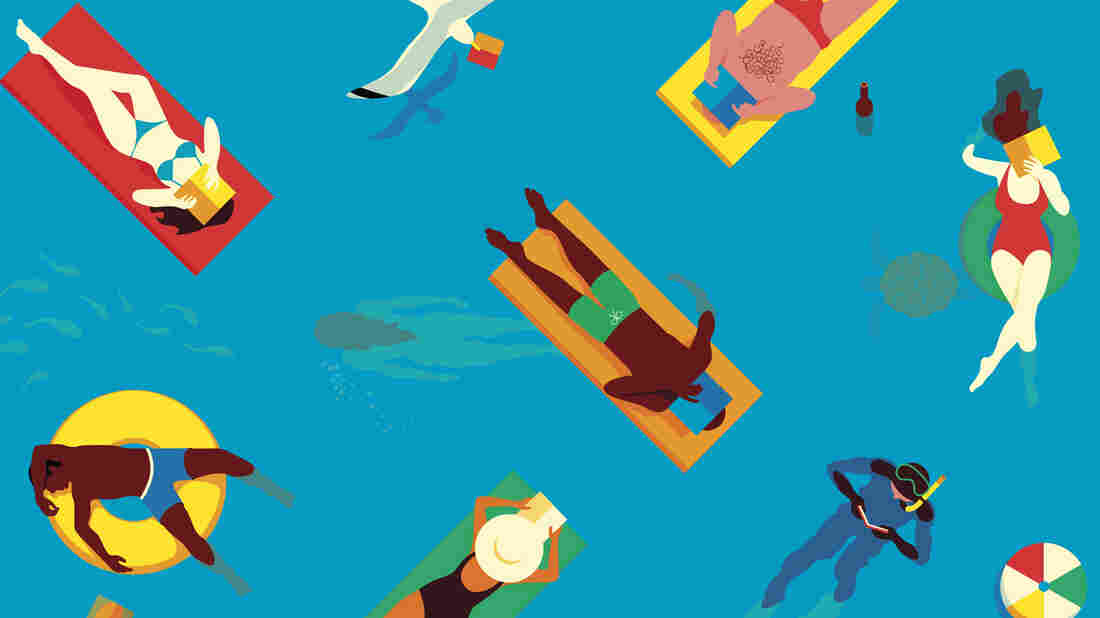 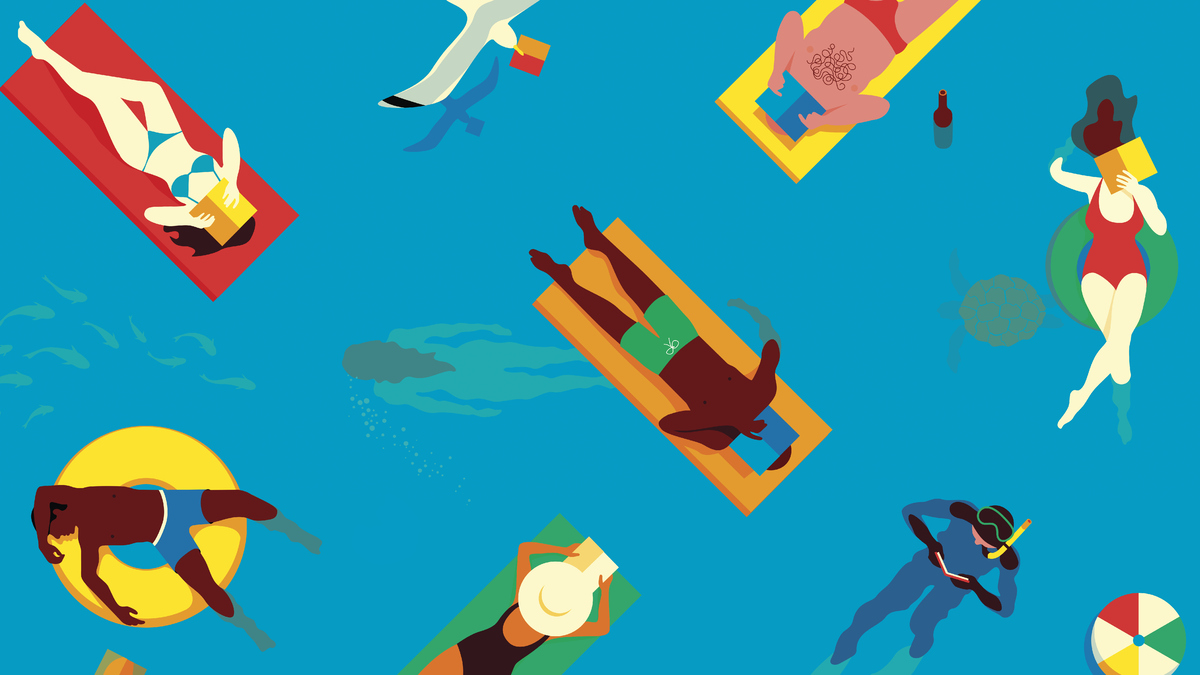 (These recommendations have been edited for clarity and length.)

I'm always looking for a good thriller, and this just was perfect. It's exactly the kind of thriller that I most enjoy.

The two main characters, one of them is a bounty hunter named Alice Vega — she lives in California, but she's called to come to a small town in Pennsylvania where two girls, two sisters, have been kidnapped. And she has had great success in finding missing children before. So the family of these two girls calls her in and she goes to work with a disgraced policeman from that town's police force named Max Caplan.

And the two of them together make this very interesting team, bringing their separate talents together to try to locate these two girls. You really want to spend time with these two main characters. It was one of those things where the plot was great and it was complex enough to keep me interested, but what I loved most was the way these two very, very different characters — complicated with complicated lives — interact.

What Elisabeth Åsbrink has done is take one particular year, 1947, two years after the end of World War II, and go through month by month talking about everything that happened during those months.

And it turns out that 1947 was a really, really eventful year. It was a year of Nuremberg trials. Very close to where I am in Seattle, flying saucers were seen over the Oregon Cascades. And the book is interwoven with her father's story, who spent 1947 in a Zionist orphanage in Germany.

It's just one of those books that makes you want to major in history. It is one of the best books, certainly the best nonfiction book, that I've read recently. I think the subtitle, Where Now Begins, really speaks to one of the things that makes this book so important: The echoes of 1947 are resonating very, very clearly today.

Lyanda Lynn Haupt became interested in Wolfgang Amadeus Mozart because the story is that he was walking in Vienna down the street and he heard a bird. They had bird shops there — birds were very popular as pets — and he heard a bird singing a section of a concerto he had just finished composing. So he had to have this bird.

And that just captivated Lyanda, who after reading a little more about it decided she needed a starling. And of course starlings are probably the most despised bird ever. So she and her husband procured a baby starling that she proceeded to raise. So this is a book both about what it's like to raise a starling and have a bird in your house flying around, but also interspersed with this biography of Mozart and Mozart's relationship with his starling.

The thing about Lyanda is that her books really open up a world that many of us who spend so much time indoors don't appreciate enough. And she's thoughtful, she's very smart, and this is just an utterly charming book.

The Trouble with Goats and Sheep

This is a fabulous first novel by Joanna Cannon set in 1976 in a small hamlet in England. It's one of the hottest summers on record there, and one of the women in this neighborhood has disappeared. Mrs. Creasy is nowhere to be found and no one knows where she's gone. And two little girls, Tilly and Grace, decide they are going to find out what happened to Mrs. Creasy.

So this is a little bit of a mystery — what happened to Mrs. Creasy — but more it's an examination of a group of people all with secrets of their own and the fear that some of those secrets are going to come out because of the girls' inquisitiveness. But it's laced with wonderful, wonderful touches of humor, including an absolutely priceless scene where Tilly and Grace make one of their regular trips to the library and are looking for something good to read.

I loved this book. It's one of those books that you just want to give to everybody.

This is a first novel and it's great fun to read. The Ribkins are an African-American family. It turns out that each of the Ribkins has a special talent, and the talent can be scaling walls, or seeing colors where other people just see muddiness, or being able to take things away from people out of people's hands before they know it.

At first they put these talents to use protecting leaders of the civil rights movement in the 1970s. But when this wasn't working out, when they felt they had done all they could, they turned to crime and did a series of burglaries that were fabulously successful. But now the leader of that group, Johnny Ribkins, is 72 and he needs money. And what he decides to do is he's going to go make a trip around all the places where they buried some of the loot that they had gotten in their robberies. But he's forced to take with him a niece that he didn't know existed, the daughter of a much younger half-brother. And so this is seven days in the life of the Ribkins trying to get the money back, and also getting to know one another and figuring out where they belong in the world.

There are two kinds of fantasy for children, and the one that has taken precedence in the 21st century especially is the type of fantasy where magic occurs in the world and everybody knows. But in the 20th century, the big kind of fantasy were books in which ordinary boys and girls find something that's magic and they have to tame the magic, and then they use the magic.

And Edward Eager wrote fantasy novels based on that premise. I loved these books, and this one, it's about a magic book. These five children go to the library. They see this book just lying on the shelf. It doesn't have a nice cover; it looks very worn. And they check it out and when they check it out the librarian gives them a very interested look. It's only a seven-day book. And what we do is follow seven days of what happens to them as they gradually learn to use the magic in the book.

This is a mystery. It's set in Kolkata in 1919. It is written from the point of view of a British police officer who has come to Kolkata after World War I. His world was destroyed in the war, and to get away from England, he comes to India to run the police force.

Sam Wyndham, who is the main character, his sergeant is a man named Surendranath Banerjee, but the British officers have a little trouble with "Surendranath" so they call him "Surrender-not." A British man is found dead, and in this guy's mouth is stuffed a piece of paper that says, "Quit India," and other things. So they realize that it must be a political killing and the two of them, Sergeant Banerjee and Sam Wyndham, investigate the crime.

I pretty much love any book that's set in India, and I love history.

Danny Hajek and Shannon Rhoades produced and edited this segment for broadcast. Nicole Cohen adapted it for the Web.

Librarian Nancy Pearl Maps Out A Plan For Your Summer Reading