Accessibility links
2 Books Find Fuel In The American Landscape Critic Maureen Corrigan recommends two books to expand your horizons: One is a cultural history of the great American road trip; the other an early 20th-century classic of Midwestern rural life. 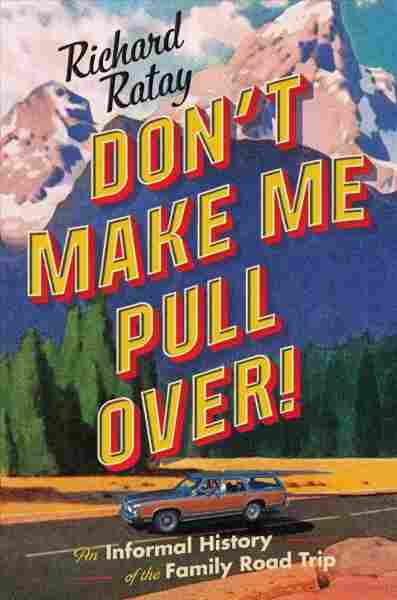 Don't Make Me Pull Over!

An Informal History of the American Road Trip

One summer's day a few years ago, my daughter and her friends piled into a car that one of them had recently gotten a license to drive. "Where are you going?" I asked with false calm. "We're driving up Wisconsin Avenue until it turns into Rockville Pike," my daughter said, naming some roads in and around Washington, D.C. "Then," she continued, "we're gonna keep on driving up Rockville Pike. We want to see what's at the end."

I can't tell you how happy this goofy plan made me. It brought back memories of summer road trips with my parents riding in our Rambler, sometimes to visit historical sites; sometimes just to "go for a drive." I'd stretch out on the back seat and read a Nancy Drew mystery until we made our favorite pit stop at Howard Johnson's for fried clams and Cokes.

Richard Ratay shares some of these same nostalgia-glazed, gas-guzzling memories. His book, Don't Make Me Pull Over!, is a very breezy history of the family road trip, which had its heyday, at least for some Americans, from the 1950s into the '70s. That's when the country's first major oil crisis, as well as the Airline Deregulation Act, put a dent into the romance of the road.

Ratay grew up in Wisconsin and some of the most charming stretches of his book are those in which he recalls his family driving southward every winter. The youngest of four siblings, Ratay would scramble (sans seat belt, of course) into the back window ledge of the luxury cars his father favored: cars like the Lincoln Mark V Bill Blass Edition, a chrome be-speckled behemoth that Ratay says, "seemed built to the same specifications as a U.S. naval destroyer."

Detouring off Memory Lane, Ratay also explores byproducts of midcentury America's love of driving: for instance, the introduction of national motel chains and the Old West craze of the 1960s, which gave us restaurants like The Chuck Wagon and Bonanza.

But perhaps Ratay's most poignant cultural observation is the one he opens and closes his book on. Ratay says that, unlike plane trips, those long car rides of yore — in which families traveled without the distraction of smartphones or DVD players — were less about the destination than the journey. "In simply making the drive together," he says, "we were already in the best place of all." 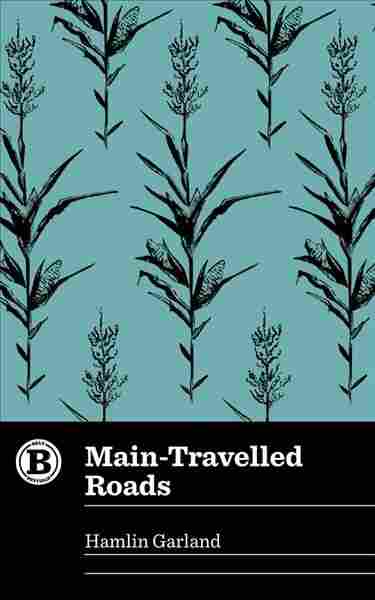 The first two books to appear are Poor White, a 1920 novel by Sherwood Anderson (whom many readers know for his short story collection, Winesburg, Ohio) and Main-Travelled Roads, by Hamlin Garland, a writer barely anybody knows anymore. I hope this new edition changes things, because Garland's short stories are vivid and tough in their take on the realities of Midwestern farm life, especially for women.

Garland was born in Wisconsin, but moved to Boston, where he became a teacher. In the 1880s, Garland traveled back to visit his family who were then living in South Dakota; those trips inspired the stories collected here.

In his preface, Garland writes of finding his mother, "imprisoned in a small cabin on the enormous sunburned, treeless plain, with no expectation of ever living anywhere else. ... [H]er neighbors ... were all housed in the same unshaded cabins in equal poverty and loneliness."

The intensity of Garland's grief over his mother's lot clearly got channeled into stark stories like "Mrs. Ripley's Trip," which opens in a Midwestern shanty on a blustery night in November. Old Mrs. Ripley tells her husband that: "You'll haff to do your own cooking from now on to New Year's. I'm goin' back to Yaark State."

It turns out Mrs. Ripley has been putting aside small change for 28 years and she finally has enough money to visit her family in New York. What's so powerful about this story is its quietness. When, weeks later, Mrs. Ripley returns to that shack, silently puts her apron back on and starts scrubbing dishes, it's as though she's made a poetic declaration of love for the husband and grandchild she left behind.

Garland's Midwest is a place devoid of the usual tourist attractions, but the lesser-known America depicted in his stories, as well as the lighter-hearted landscape of Ratay's road trips are both well worth a detour.