Accessibility links
Mars Rover's Chances Dim As Dust Storm Becomes 'Planet-Encircling' As the dust storm grows and the solar-paneled Opportunity remains asleep, the younger Curiosity rover has been able to power through. 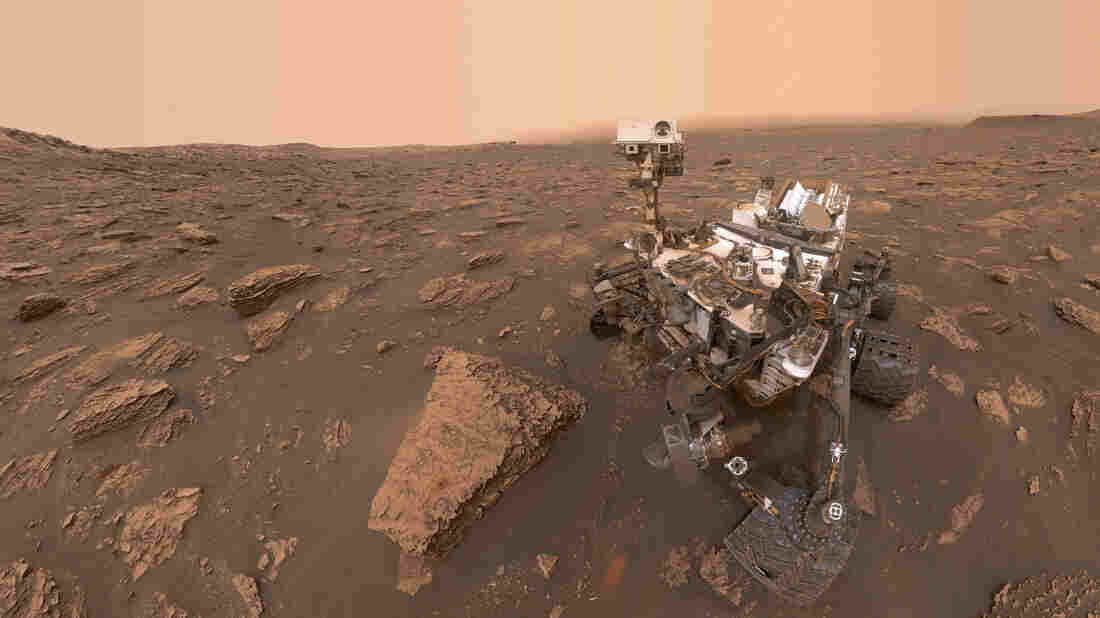 A dust storm has reduced sunlight and visibility on Mars. But NASA's Curiosity rover, seen in a self-portrait taken last week in the Gale Crater, runs on nuclear energy and is powering through. NASA/JPL-Caltech via AP hide caption 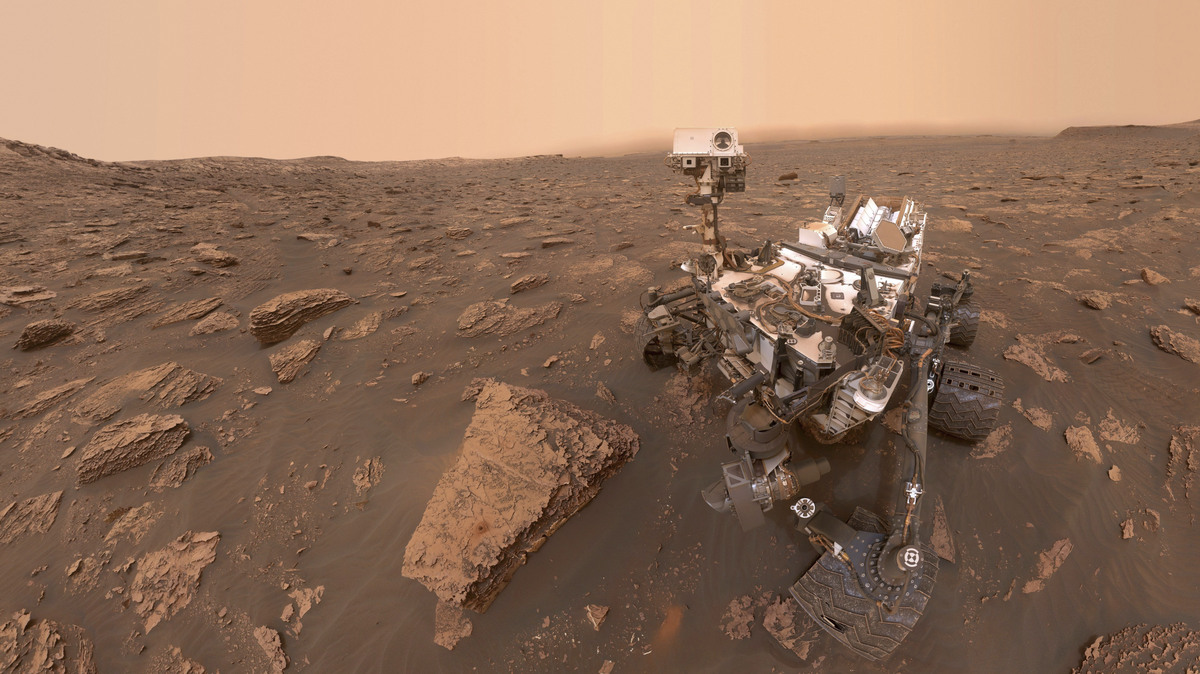 A dust storm has reduced sunlight and visibility on Mars. But NASA's Curiosity rover, seen in a self-portrait taken last week in the Gale Crater, runs on nuclear energy and is powering through.

NASA scientists are still holding out hope they will hear from the surprisingly long-lived Mars rover. It went into snooze mode earlier this month, thanks to a gargantuan dust storm on the Red Planet that's blocking beams from reaching the solar panels that recharge the rover's batteries.

But like light on Mars, hopes of hearing from Opportunity anytime soon have dimmed.

NASA says the two-week-old storm doubled in size over the weekend, and is now officially a "planet encircling" or "global" event.

Opportunity's science operations have been suspended, but it is happily not the lone Mars rover.

Curiosity, which landed eight years after Opportunity in 2012, continues to weather the storm well, remaining largely unaffected by the dust.

Its batteries are nuclear powered, enabling it to continue studying the causes and effects of such storms.

"Curiosity offers an unprecedented window to answer some questions," NASA says. "One of the biggest: Why do some Martian dust storms last for months and grow massive, while others stay small and last only a week?"

Scientists don't yet know the answer. They do know that dust storms are common, especially when Mars is closest to the sun during spring and summer.

Three orbiters — equipped with cameras — also are helping scientists piece together answers about the phenomenon.

"We have a historic number of spacecraft operating at the red planet," says Jim Watzin, director of NASA's Mars Exploration Program. "Each offers a unique look at how dust storms form and behave — knowledge that will be essential for future robotic and human missions."

In the meantime, Martian cold has also been a cause for concern for Opportunity, now in its 15th year on the planet. But NASA says, "a recent analysis of the rover's long-term survivability in Mars' extreme cold suggests Opportunity's electronics and batteries can stay warm enough to function."

Still, nobody knows when the sun's kiss will awaken Opportunity from its prolonged slumber.

While this storm is huge, Opportunity made it through an even bigger one in 2007. One difference this time around, however, is the atmospheric opacity, or tau, which is much worse now.

As NPR's Joe Palca has reported, Opportunity was designed to operate for at least 90 days, and the elderly rover has been experiencing memory problems in recent years. So it has had a good run.

But still NASA's not ready to call it quits just yet.

NASA says such storms can last weeks, or months at the longest, and it is anyone's guess when the dust will dissipate.

"The project doesn't expect to hear back from Opportunity until the skies begin to clear over the rover," NASA says of ground controllers based at NASA's Jet Propulsion Laboratory in Pasadena, Calif. "That doesn't stop them from listening for the rover every day. "