Accessibility links
David Lynch Memoir 'Room To Dream' Charms — But Doesn't Demystify The book — which Lynch wrote with journalist Kristine McKenna — is intimate and honest about the filmmaker's quirks and flaws, but doesn't dislodge the air of mystery that's settled around his work. 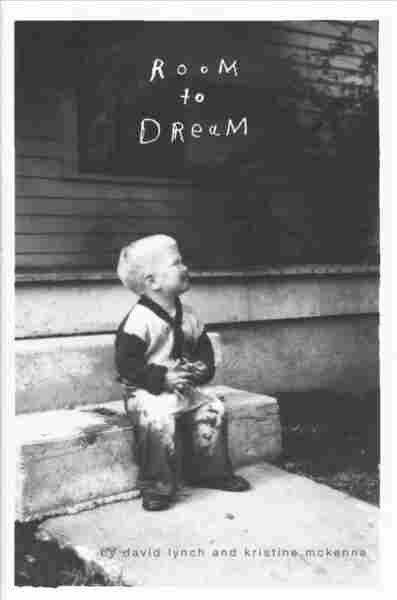 by David Lynch and Kristine McKenna

Early in his memoir Room to Dream, filmmaker and artist David Lynch seems to question the entire purpose of memoirs. Talking to Jack Nance, star of Lynch's deliriously baffling debut film Eraserhead, Lynch says there's no way to convey the essence of life moments. "You can tell all the stories you want," he says, "but you still haven't gotten what the experience was like across. It's like telling somebody a dream. It doesn't give them the dream."

So why write a memoir at all? Throughout his career, Lynch has faced constant questions about his celebrated but often divisive, occasionally impenetrable projects, from the groundbreaking TV show Twin Peaks to movies like Wild at Heart, Lost Highway, and Mulholland Dr. He's always been reluctant to unpack his nightmarish symbolism, or let inquisitive fans past the surface level of his life.

Still, fans looking for insight into Lynch's methods will certainly find it in the book's accumulation of memories and opinions, drawn from his family, romantic partners, and collaborators. Lynch and his co-author, journalist Kristine McKenna, alternate chapters in the book, with McKenna first presenting a traditional, heavily sourced report on an era in Lynch's life, and Lynch discussing the same years from a more personal point of view. They describe the results as "basically a person having a conversation with his own biography."

Lynch rarely acknowledges McKenna's reportage, which can make the doubled timeline repetitive. There's little tension between their perspectives, or collusion in their storytelling. But they certainly cover a lot of ground. McKenna's approach is inconsistent: The earliest chapters attempt to analyze the formative influences of growing up in Boise, Idaho in the 1950s, while the middle chapters gush over Lynch's work. By the end, she's adopted a level, factual approach. But her access and research are impressive, with well-chosen quotes from figures as diverse as Mel Brooks, Sting, and Isabella Rossellini.

Lynch, meanwhile, largely sticks to simple anecdotes, told in an upbeat voice. Both authors can be simultaneously granular and gnomic; the book devotes a full paragraph to Lynch's specific method of participating in the ALS ice-bucket challenge, while barely getting into more detail about his abortive 1992 TV series On the Air. It's easy to get the impression that Twin Peaks is only moderately more important to Lynch than the time he smuggled a pie into his favorite diner slice by slice, to save money. And he does openly dismiss Twin Peaks' success as unimportant, while enthusing about the box-office bust of his 1984 film Dune: It was "a good thing to have a humiliating major failure," he says, because he learned to be true to his own artistic visions.

Lynch and McKenna do try to explore the nature of those visions, but the dozens of trivial stories about cigarettes, festivals, and paintings are more useful. Gradually, they coalesce into a portrait of an artist who's spent his life getting vivid, elaborate visions, then reproducing them in film, TV, paintings, photography, music, woodwork, or even pottery, all without needing to question or analyze them. Over and over, interviewees describe cases where he held up sets to fuss with some tiny, invisible detail, because it was important to his feel for a scene. Lynch himself repeatedly falls back on "I don't know where this image came from, but it felt important" to explain his world.

... while the book is charming and startling, it rarely budges the air of mystery that's settled around Lynch's actual work.

The book still feels intimate and honest, as McKenna's interviewees unfailingly describe Lynch's charisma and warmth, and his methodical but instinctive dedication to craft. There are small revelations for fans scattered throughout, about character decisions Lynch made, and projects he turned down. (George Lucas met with him about directing Return of the Jedi, but the meeting alone gave Lynch a headache: "Star Wars is not my cup of tea," he says.) Room to Dream feels unflaggingly honest in areas like Lynch's many affairs — married four times, he routinely signaled the end of a relationship by shutting out his old partner while secretly taking up with a new one — or his fanboy eagerness upon meeting idols like Federico Fellini, Liz Taylor, Paul McCartney and Ringo Starr.

But while the book is charming and startling, it rarely budges the air of mystery that's settled around Lynch's actual work. As McKenna puts it, "Lynch prefers to operate in the mysterious breach that separates daily reality from the fantastic realm of human imagination ... He wants his films to be felt and experienced rather than understood." Room to Dream is much easier to understand: it's breezy, entertaining, and almost entirely surface-level. It may not give readers the dream, as Lynch puts it, but at least it brings the dream into sharper focus.

Tasha Robinson is the Film and TV Editor of The Verge, and the co-host of the Next Picture Show film podcast, which contrasts new releases with classic favorites.