Accessibility links
An 18th Century, Gender-Bending Mystery: What Did 'The Fox' Say? Jordy Rosenberg's debut novel, Confessions of the Fox, is a speculative retelling of The Threepenny Opera as a queer love story. 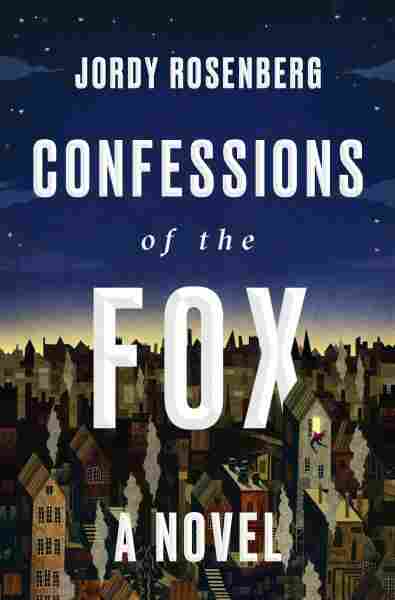 Confessions of the Fox

The new novel Confessions of the Fox is a mystery enrobed in a mystery.

Dr. R. Voth is depressed and dedicated, a literary scholar recently discarded from a romance who has now, in his phrase, "slipped off the map of the world." He's slipped off to both certify and conceal a manuscript in his possession, dated 1724, that may tell the untold story of Jack Sheppard, a legendary criminal who may have been born a woman, but became a notorious and celebrated male professional thief and jailbreak artist. Then Dr. Voth discovers that seeking the secrets of the past may have current hazards.

"Yeah, so obviously I wanted to play off some of the resonances between the present and the past, right?" Rosenberg says. "The ways in which these things that we think of as imperial barbarism of the 18th century are really still with us. They just have taken different form, and sometimes not-so-different form."

There really was, of course, a legendary 18th century thief notorious for his prison escapes named Jack Sheppard. His tale was immortalized in John Gay's hit production The Beggar's Opera, and in the 20th century adaptation, Bertolt Brecht's The Threepenny Opera.

But Confessions of the Fox is speculative fiction from Jordy Rosenberg, a professor at the University of Massachusetts-Amherst, where he teaches 18th century literature and queer/trans theory. He spoke to us about his debut novel.

On imagining that Jack was born a woman

That was a fully speculative element. And really what I was trying to get at there was not this question about, like, the empirical case history of Jack Sheppard, like was he or was he not born a woman, but why is it, over the course of centuries, gender nonconformity becomes represented as a form of deviance connected with other forms of political resistance. So you can think of it as a literalization of a metaphor. And that's not an uncommon genre for speculative fiction these days. I mean, these are not the same novel in any way, but Colson Whitehead's incredible [The] Underground Railroad is a literalization of a metaphor about the Underground Railroad.

On Jack's love for the sex worker Bess Khan

Rosenberg: In the source material from the period, Jack is actually connected to many different women. But over and over again, he's primarily connected to a woman who went by the name of or was given the name of Edgworth Bess, reputed to be a sex worker. And in that material, she was not represented in a very kindly way in the period. She was represented as kind of the person that lured Jack into a life of crime. And I was sort of interested in re-envisioning that — really just writing it as a love story, more of a feminist take, where she isn't sort of this vixen that creates this perilous path for Jack, but that there's a kind of, like, consensual and jointly-shared hatred of capitalism that they embark on together.

Simon: I think you're a little overintellectualizing the feeling they have for each other, if you catch my drift.

Simon: Speaking as a reader ...

Rosenberg: I'm — OK. I mean, there is a — they're having a queer romance. One of the things that I wanted to be able to represent was the way in which something like a transgender identity isn't just the conceptualization of a single person in a vacuum, but is something that really is crafted together very intimately and lovingly, often between two people. And I think I'm trying to represent the labor that Bess has to put into doing that. So—

Simon: I mean, in the interest of disclosure, this novel can be very graphic about all kinds of things, let me put it that way.

Rosenberg: There's a lot of sex in it, if that's what you're saying.

On if history can be rewritten or reimagined from marginalized perspectives

I think we all know that what gets archived in the official archives, and what falls out, is not a neutral operation. So I guess my answer to you is yes, necessarily so. And yes.