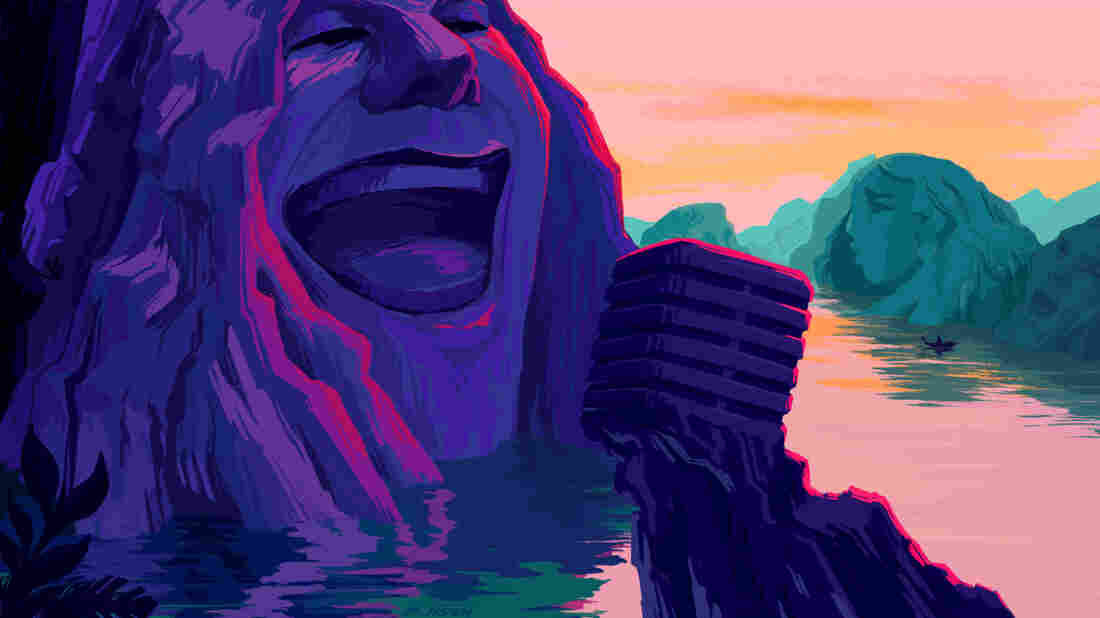 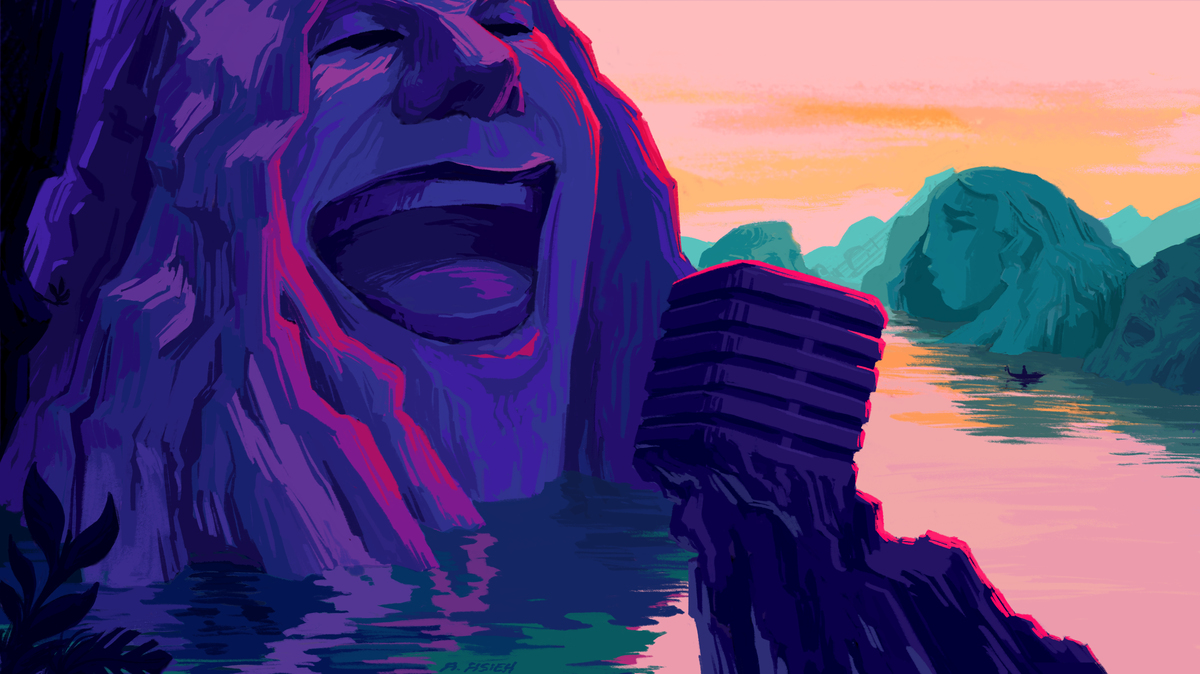 This ode to youthful infatuation has become the unofficial R&B anthem of the year, so far. The slow-burning, mid-tempo bop unexpectedly plucked the heartstrings of men around the country. NBA All-Star John Wall helped to lead the charge, singing "Boo'd Up" to his millions of social media followers, while rapper Plies dropped a remix. Now certified platinum, the DJ Mustard-produced track looks like a Song Of The Summer contender. — Robert Carter

Ashley McBryde
"Tired Of Being Happy"

Country music is better off with Ashley McBryde around. The Arkansas-bred singer and songwriter has stepped into a slot left vacant since Gretchen Wilson faded from mainstream visibility: that of a woman artist who makes her performances of one-of-the-guys, blue-collar brawn feel both natural and multidimensional. No track on McBryde's major label debut, Girl Going Nowhere, captures her band's barroom-honed, guitar-powered attack better than "Tired of Being Happy." She spends the conversational verses wishing a newly hitched ex well while the sly, sultry curlicues in her drawled delivery convey more rascally intentions. Then she invests the self-deprecating, red-blooded hook with a mixture of melancholy awareness (that she's prone to sabotage her chances at stability) and casually seductive swagger, singing like someone who knows the pull she has. — Jewly Hight

The songs of Connie Lim, who writes and performs as MILCK, are like little beacons of light in a vast sea of darkness. Her life mantra, beautifully realized on the song "Black Sheep," is what fuels that light: You are loved and wanted, warts and all. "Don't let anyone turn your unique into flaws," she pleads on the chorus. "You know that I love you the way that you are." Her songs are unabashedly uplifting anthems for all of the outsiders and misfits in the world, and a reminder of all of the beauty and wonder in an often senseless world. — Robin Hilton, All Songs Considered

Tom Misch
"It Runs Through Me"

I'll just let British-born singer, songwriter and performer Tom Misch write his own song review with the opening lyrics: "I love the way it flows / I love the way it grows / There's something in this sound that takes me far / It's like a special song / Can move my mood along." Bolstered by a pulsing bass line and closely voiced guitar chords, the samba-infused dance beat locks the elements together to make an ultra-jam. (De La Soul on guest vocals doesn't hurt, either.) "It Runs Through Me" is a heavy dose of jazz-inspired happiness. — Suraya Mohamed

Mitski's "Geyser" embodies the recklessness of desire, the seismic rush of unadulterated longing. The beginning of the song is eerie, sinister even, but screeching violins and jarring static give way to something softer as Mitski caves to her yearning. "You're my number one," she wails. "You're the one I want." The song gallops forward, swelling with intensity. Simply put, "Geyser" is dizzying and exhilarating. — Catherine Zhang

Like the opening line of "I Like That," "depending on my mood or my attitude," my favorite songs change daily. At the midway point of the year, though, I want a summer jam and Janelle Monáe's "I Like That" is just that and more, with a laid-back groove and lyrics that confidently ooze defiant individualism. It's an anthem for the freaky people, and I like that, and like Janelle, "I really don't give a f***" if I'm the only one who does. — Kevin Cole, KEXP

"Space Cowboy" is a song about creating the future sung in the voice of a woman ready to wrangle and release her past. It's a breakup ballad, and like many twang-touched weepers it dwells in both pathos and calm. "Sunsets fade and love does, too," Kacey Musgraves murmurs with characteristic composure as her ex leaves the scene of their foundering relationship in his Silverado truck. "I know my place, and it ain't with you." With that line, this Western movie becomes a subtle assertion of women's independence. Musically, the track also breaks free, reconstituting classic Nashville tropes (pedal steel, its loping rhythm) within production that's more chill-out room than honky-tonk. With utter subtlety, "Space Cowboy" shows how country artists can go beyond their self-prescribed limits and still create a classic. — Ann Powers

Willie Nelson
"Something You Get Through"

Willie Nelson's voice carries the best qualities a friend can: clear, steady, calm and with just enough vulnerable vibrato to let you know he's telling you the truth. Maybe that's why some of Nelson's most cherished songs are the ones that address loneliness and loss. On "Something You Get Through," co-written with Buddy Cannon and released shortly before Nelson's 85th birthday, he sings one of the most comforting sentiments you could offer a grieving friend: "It's not something you get over, but it's something you get through." Nelson borrowed that line from a preacher, and when asked about the consequences of ripping off a man of the cloth he laughed, "I'm going to hell for it." Eternal as he seems, one day we'll lose Nelson, too. And when we do (hopefully a long time from now), I have a feeling this song will stand among those of his classics we look to for comfort as we get through. — Talia Schlanger, World Cafe

The 1990s Cuban rap gods in Orishas have become as much part of folklore as the deities they're named after. Yotuel, Roldán and Ruzzo quietly released their fifth album — their first in 10 years — Gourmet in May. On the first track, "Rumba Caviar" (like Spotify's Rap Caviar, but con sabor) the group delivers a promise of "rap con el bembé" (a celebration of the Yoruba gods), in the spirit of the best of all time: "Tupac y Benny Moré." The heart of this promise comes on "Donde Nací," a tribute to homeland that somehow seamlessly fuses five popular Cuban genres. It begins with Colombian cumbia and accordion that gives way to a son clave rap, transitions into its breakbeat-ballad chorus, and ends with a punto guajiro on the three-stringed tres, the most salient sound of the Cuban countryside. "La tierra donde yo nací se lleva por dentro," Roldán sings of a home left, kept in the smells of café, sugarcane syrup, tobacco smoke and rum. "Break my heart again," goes a chorus that only immigrants can understand. "Because only you know how to fix it." — Stefanie Fernández

From its opening strum, "Summer's End" evokes a sense of ease. John Prine's warm guitar and inviting voice, with stretched syllables and consoling cadence, offer a feeling of familiarity. Even in its details, "Summer's End" makes the commonplace feel intimate: The passing of seasons is marked by shedding of swimsuits and casting of shadows. In Prine's storytelling, the ordinary becomes exceptional. And no matter what's happened, there's a simple solution offered in the song's repeated refrain: "Come on home." — Lyndsey McKenna

Genre bending requires a certain amount of finesse, and artists who do so learn to take their punches and praise in equal measure. North Carolina-based quintet Rainbow Kitten Surprise rises to the challenge with "Fever Pitch," a hypnotic, harmony-driven romp informed by frontman Sam Melo's Pentecostal upbringing and brief stint as a Christian rapper. Marrying elements of R&B and hip-hop with folksier fare can be tricky, but "Fever Pitch" is guileless and authentic, a soul-stirring paean to love and spirituality, and the art of staying flexible while staying true to oneself. — Gini Mascorro, KXT

When it's teased at the very top of Lush, Snail Mail's remarkable debut, "Anytime" reads as a note to self: thoughts unfinished, levels unbalanced, its sound and shape a crude vessel for the spark of potential inside. When it returns fully formed at the album's close, its bareness has become its grandeur. Over a guitar part carved from '60s folk and polished with a teenager's sense of longing, Lindsey Jordan steps to the mic and sings at full voice, her earlier coyness cast off. Jordan's lyrics are elliptical here, never quite letting on for whom her love and concern are meant, allowing listeners in need to claim that tenderness for themselves. — Daoud Tyler-Ameen

Who is the "you" getting Sophie Allison's vituperation in this song's profane first line? It could be a controlling lover, but maybe the real target is the entire institution of rock and roll. The cathedral of punk is built upon songs that tear holes in the status quo as a matter of principle, and "Your Dog" takes aim at a cornerstone: The Stooges' "I Wanna Be Your Dog," Iggy Pop's definitive statement on submission as a reclamation of power. Allison's response: How can a woman destroy a power dynamic she never chose to be a part of? There's no chorus here — the tape-warped chime of Allison's guitar and her pleading but defiant lyrics pile up as the song speeds toward its close, building to a desperation that thrashes like a person trapped in a codependent loop. What lingers, in the brief moment after the song ends and before you start it again, is the weight of the shared history that threatens to bury Allison, and the force of her resistance. — Jacob Ganz

Hank Wood and the Hammerheads
"You Wanna Die"

Hank Wood isn't so much a singer as a stick of dynamite tossed into a punk band. On the NYC band's self-titled third album, each Farfisa-fueled explosion is a nihilistic rumination punctuated by a sweaty "Uh!" "You Wanna Die" is Hank Wood and the Hammerheads at its swaggering most, hip-checking and hip-shaking Nuggets-era garage-rock into deranged grooves. You can't fool these cats — "You can't be happy and you know it" — but at least you can get down to their dancefloor chaos. — Lars Gotrich