Accessibility links
House Republicans Face Another Week Of Fighting Over Immigration President Trump's mixed messages on immigration are making it difficult for Republicans on Capitol Hill to coalesce around legislation. House GOP leaders are still struggling with internal splits. 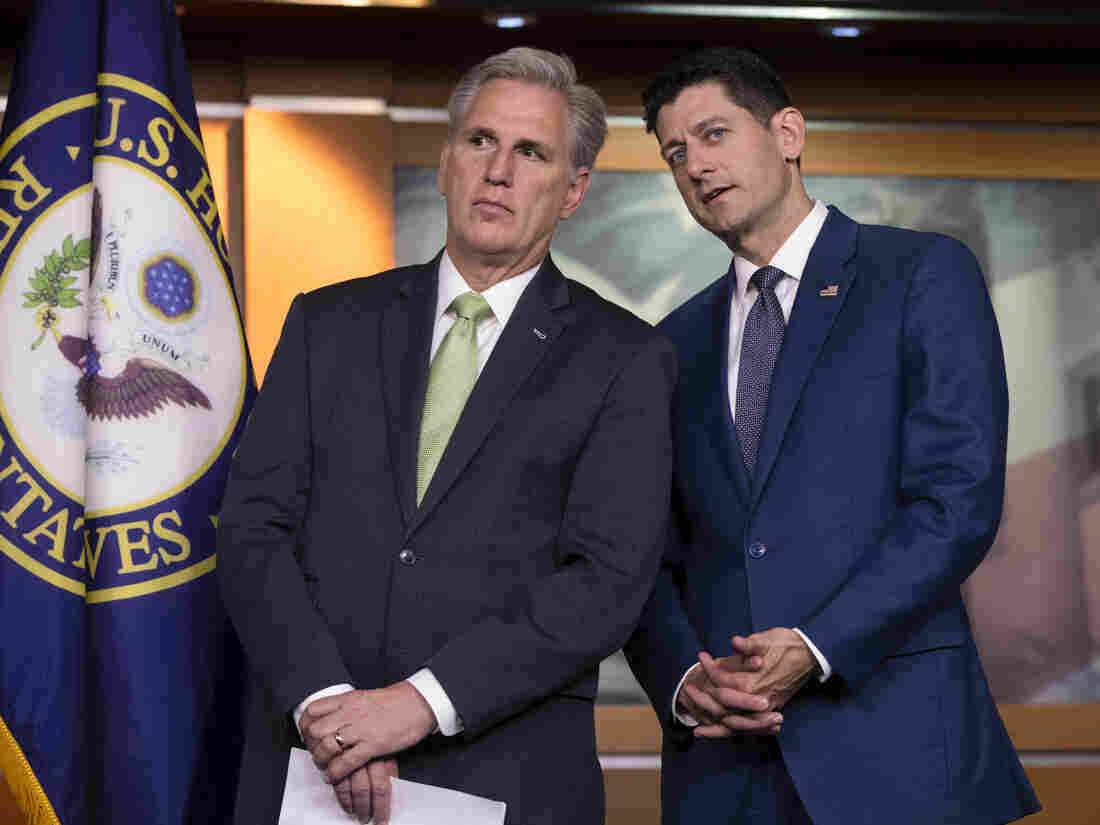 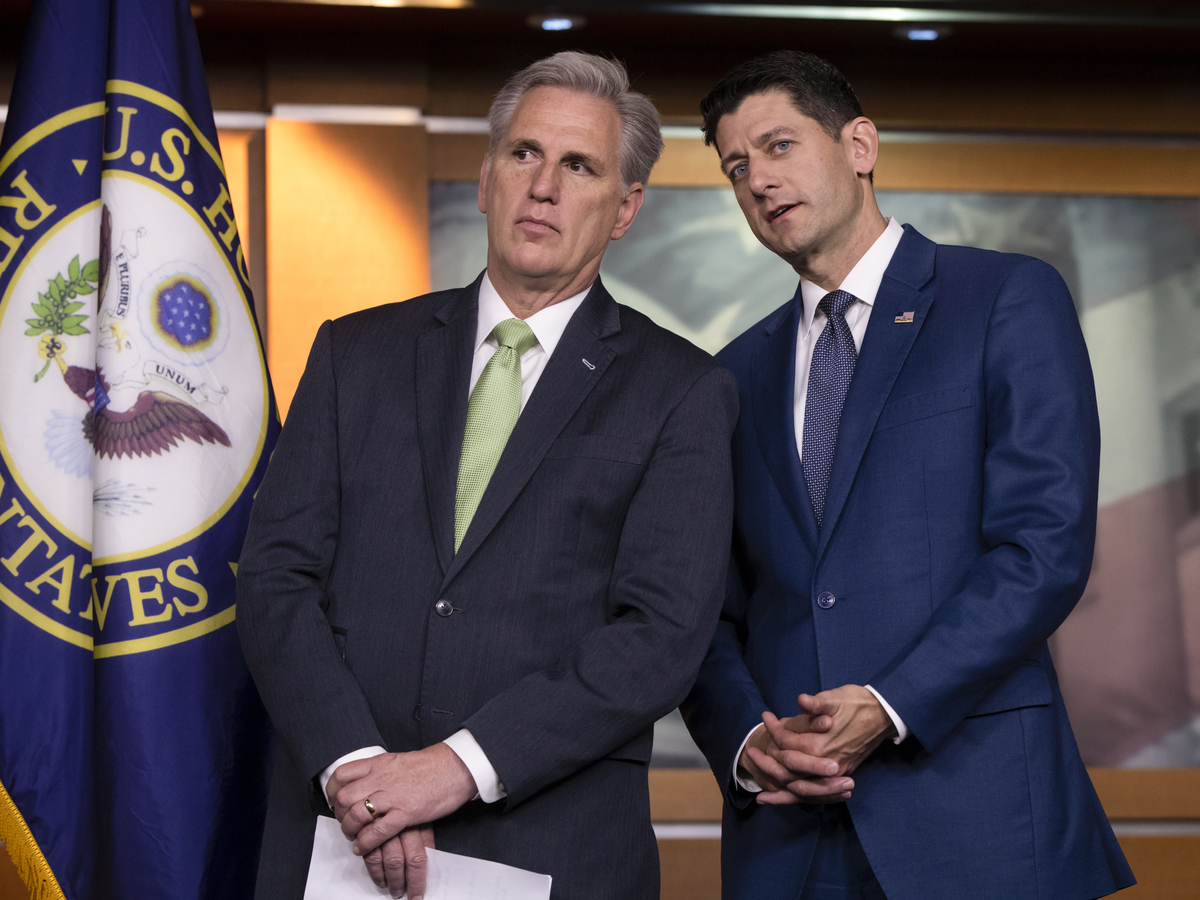 House Republican leaders will start the coming week the same way they started last week: facing partywide insurrection over an immigration bill that has been repeatedly sabotaged by President Trump.

They've promised a vote on compromise legislation that was brokered among moderates, conservatives, GOP leaders and the White House in the hopes of crafting an immigration bill that can win the votes of 218 of the 235 House Republicans. At the end of last week, multiple GOP sources told NPR that leaders were still far short of that threshold. Leaders have so far been unable to bridge the divide, and the fight is fueling accusations that they are out of step with members of their conference.

House Speaker Paul Ryan, R-Wis., bought more time for negotiations when he postponed a planned vote on the compromise. But the delay threatens to extend and intensify the fight. Ryan told reporters Thursday that the goal of voting on the legislation was to avoid a different kind of insurrection, a procedural tool known as a "discharge petition" that would force votes on a different set of four polarized immigration bills.

"A lot of our members want to be able to express themselves by voting for the policies that they like," Ryan said. "We are bringing legislation to the floor that, if it got to the president's desk, he would actually sign it into law."

Trump undercut that message Friday morning when he called the entire process a waste of time and accused the Democrats of "playing games."

Republicans should stop wasting their time on Immigration until after we elect more Senators and Congressmen/women in November. Dems are just playing games, have no intention of doing anything to solves this decades old problem. We can pass great legislation after the Red Wave!

The battle over the compromise bill is further frustrating conservatives who believe that Ryan used the leadership's own immigration measure to undercut their immigration proposal, which was defeated last week. Leaders allowed it to come up on the House floor, but it fell 25 votes short of passing Thursday. Some members of the conservative House Freedom Caucus say it failed because leaders refused to give the bill a true chance.

Ohio Rep. Jim Jordan said Thursday that he wanted that conservative bill — written by Rep. Bob Goodlatte, R-Va. — to go through the regular committee process and be opened up for amendments. And he wanted leaders to get behind it.

For months, leaders have insisted that the Goodlatte bill was dozens of votes shy of passing and instead focused their attention on crafting a compromise. They believed a consensus approach could lean heavily on the four pillars laid out by Trump:

And they expected Trump would voice support for the framework during a Tuesday night meeting in the Capitol. But members walked away from that session more confused than ever about what the White House wanted on immigration.

The situation is not expected to get much clearer this week. Conservative Rep. Thomas Massie, R-Ky., is among those who have grown frustrated with the process. He told reporters Thursday that he doesn't think there is anything leaders can do to save the more moderate bill.

"Some people think you can tinker with it, but the folks that have been negotiating, I think, are done tinkering," Massie said. "If you compromise and get fewer votes, who are you compromising with?"