Accessibility links
Harley-Davidson To Move More Production Oversees Amid U.S.-EU Trade Tensions Harley-Davidson says new tariffs from the European Union are prompting the company to shift production of motorcycles sold in Europe overseas. The EU tariffs were in response to U.S. tariffs. 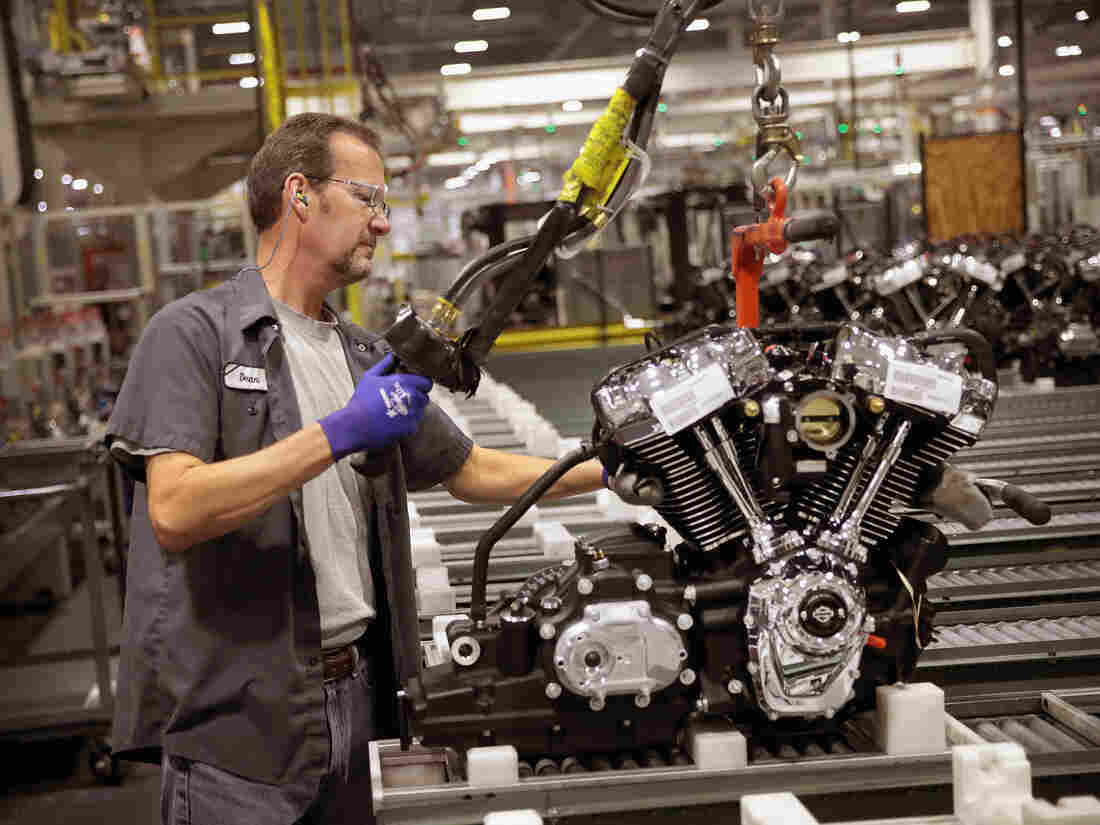 Harley-Davidson motorcycle engines are assembled at the company's plant in Menomonee Falls, Wis. Tariffs from the European Union are prompting the company to shift production of some motorcycles for the European market overseas. Scott Olson/Getty Images hide caption 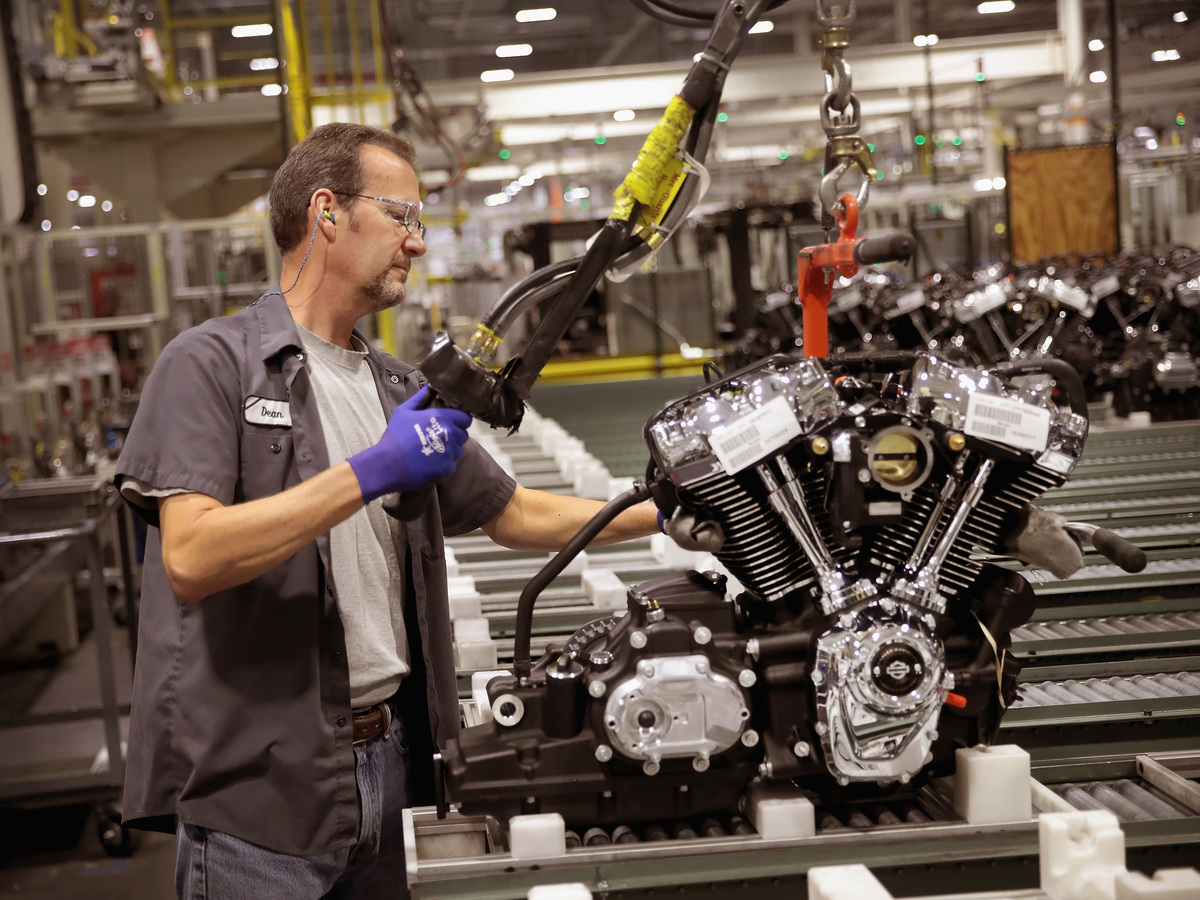 Harley-Davidson motorcycle engines are assembled at the company's plant in Menomonee Falls, Wis. Tariffs from the European Union are prompting the company to shift production of some motorcycles for the European market overseas.

President Trump is unhappy with Harley-Davidson's plans to move production of motorcycles it sells in Europe overseas, in response to growing trade friction between the United States and Europe.

In a tweet sent out Monday afternoon, Trump said he was surprised that Harley-Davidson "of all companies, would be the first to wave the White Flag. I fought hard for them...."

In a Securities and Exchange Commission filing Monday, Harley-Davidson said the tariffs imposed by the EU "would have an immediate and lasting detrimental impact to its business in the region."

The company reported $5.65 billion in revenues last year and Europe is its largest overseas market, with almost 40,000 customers buying motorcycles there in 2017.

The European tariffs have jumped from 6 percent to 31 percent, the company said. That increase will add $2,200 on average to the cost of each motorcycle sold in the EU and cost the company $90 million to $100 million a year, the filing said.

"Increasing international production to alleviate the EU tariff burden is not the company's preference, but represents the only sustainable option to make its motorcycles accessible to customers in the EU and maintain a viable business in Europe," the filing said.

Trump has frequently heaped praise on the company as a strong manufacturer with a long history of making motorcycles domestically.

But after Monday's announcement, Trump said the company should be patient, noting, "ultimately they will not pay tariffs selling into the E.U., which has hurt us badly on trade, down $151 Billion."

The company did not say where production would be shifted, or how many jobs might be affected, but said the move would take nine to 18 months to complete.

It also did not say which U.S. factories would be affected. The company's U.S. factories are in York, Pa., and Menomonee Falls, Wis. It plans to close another plant in Kansas City, Mo., next year.

Leaders of the unions representing the plant workers say the company has been gradually shifting production to plants in India, Brazil and Thailand for some time.

Robert Martinez Jr., international president of the International Association of Machinists and Aerospace Workers, released a statement after Monday's announcement:

"Harley-Davidson's announcement today is the latest slap in the face to the loyal, highly-skilled workforce that made Harley an iconic American brand. Harley pounced on news released Friday regarding EU tariffs on Harley motorcycles and the company will be implementing plans to offshore more production.

"Even before the EU's announcement, Harley made the decision to close its plant in Kansas City and has manufacturing facilities in India and Brazil. It also announced a future plant in Thailand. This latest move is in keeping with Harley's past decisions to open plants outside of North America.

"Will Harley use any excuse to ship jobs overseas? Does Harley even understand what 'Made in America means?'"

"This will go over like a Vespa at Sturgis. The problem isn't that Harley is unpatriotic — it's that tariffs are stupid. They're tax increases on Americans, they don't work, and apparently we're going to see more of this," he said.

Harley-Davidson declined to comment beyond the filing released Monday.