Accessibility links
Ooh Zsa Zsa: Rescued Bulldog Wins Ugliest Dog Contest Maybe it was the lolling tongue or the upward-thrusting chin or the drool. Whatever her secret, Zsa Zsa the English bulldog worked her magic and took home the title. 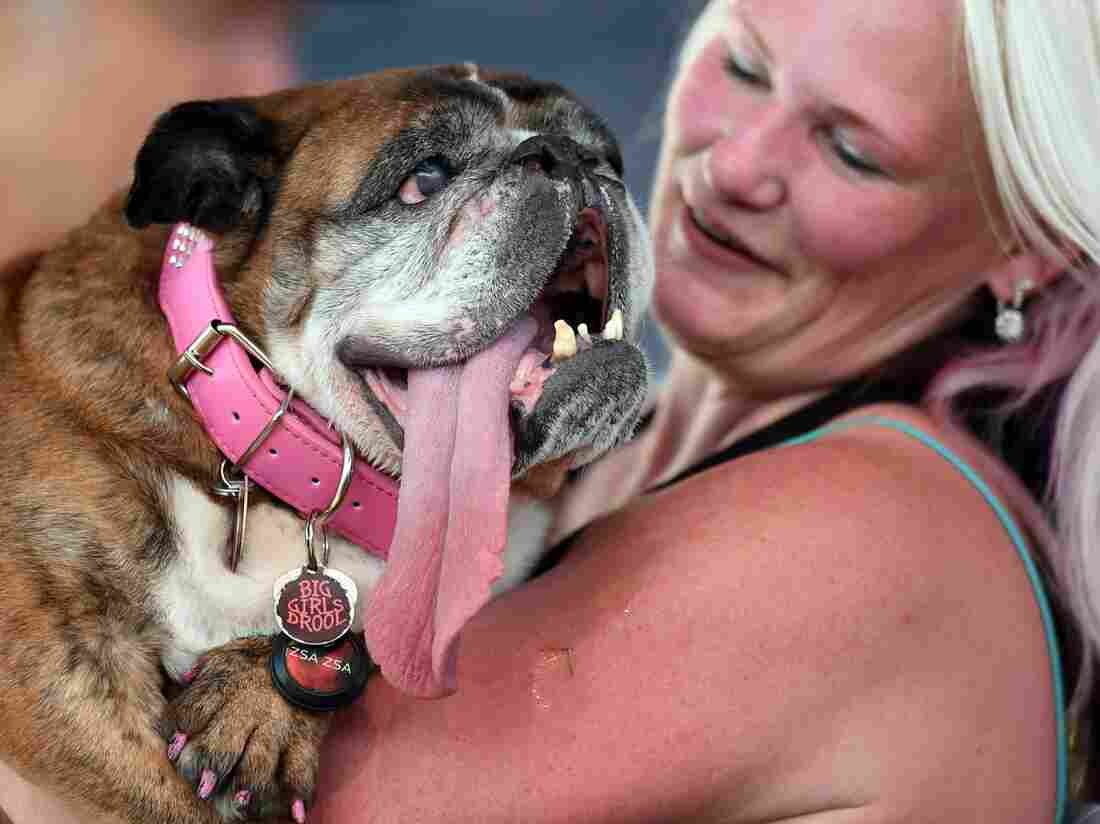 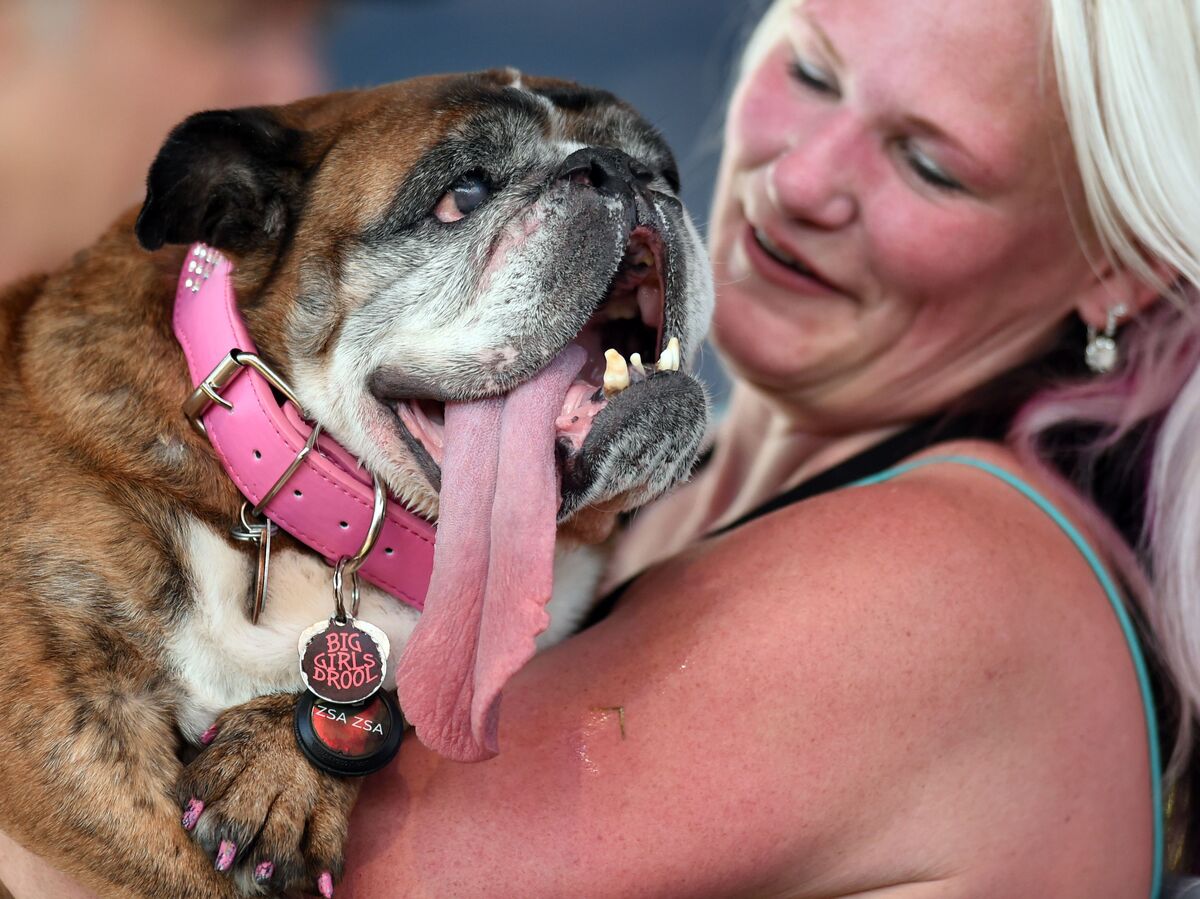 Maybe it was the lolling tongue or the upward-thrusting chin — or the drool that often accompanies the two: Whatever her secret, Zsa Zsa, an English bulldog, worked her magic on a panel of judges this weekend, taking home the title of World's Ugliest Dog 2018.

With her nails painted a shade of what looked to be either pink or (depending on the lighting) fuchsia, Zsa Zsa clawed her way to the top of the heap at the competition this weekend in Petaluma, Calif.

Zsa Zsa, 9, spent five years in a puppy mill in Missouri. After her breeding years were done, she was put up for sale at a dog auction where she was purchased by Underdog Rescue. Then Zsa Zsa's current owner bought her from the animal rescue group.

"Her mother saw her beautiful picture on pet finder and HAD TO HAVE HER!" the dog's official entry says. "She now lives out her retired life in Anoka, MN."

The special dog won a trophy and a $1,500 prize. But before Zsa Zsa could compete, she and her human family completed a long road trip from her home in Minnesota — where her owner, Megan Brainard, owns a dog grooming shop.

On Sunday, Zsa Zsa flew from San Francisco to New York for an appearance on the Today show. The Brainards flew on Jet Blue — which allowed the dog to sit in her own seat in the cabin, Zsa Zsa's owner wrote on the dog's Facebook page.

Zsa Zsa inherits the Ugliest Dog crown from Martha, a Neapolitan mastiff who won the title by dint of her massive cheeks — "so expansive, in fact, they droop practically to her knees and flap like slobbery wings when she shakes her head," as NPR's Colin Dwyer wrote last year.

This is the 30th year for the annual contest. Organizers say the event shows how lovable and unique all dogs are, regardless of what some people might view as imperfections.