Accessibility links
States Aim To Halt Sexual Abuse Of People With Intellectual Disabilities An NPR investigation found people with intellectual disabilities have one of the nation's highest rates of sexual assault. Now states, communities and advocates are proposing changes to prevent abuse. 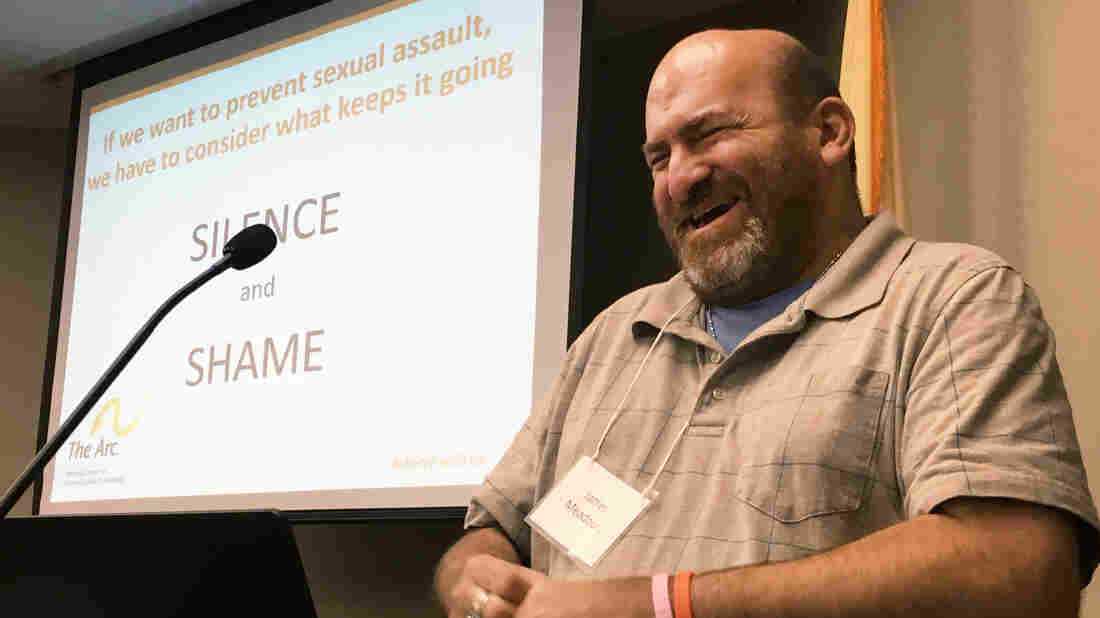 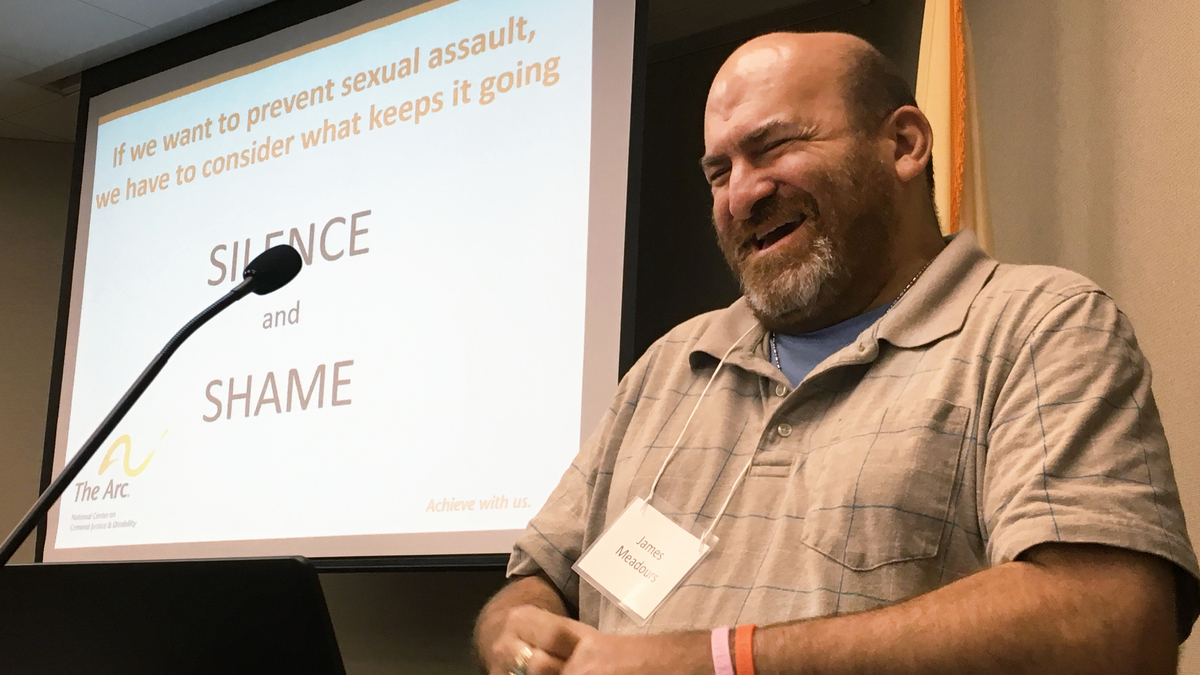 Earlier this year, NPR reported that people with intellectual disabilities are victims of some of the highest rates of sexual assault. NPR found previously undisclosed government numbers showing that they're assaulted at seven times the rate of people without disabilities. Now states, communities and advocates, citing NPR's reporting, are making reforms aimed at improving those statistics.

In Pennsylvania, legislation passed the state House of Representatives earlier this month that would make it easier for people with intellectual disabilities to testify in court. The proposed law, introduced by Republican Rep. Garth Everett, would set out circumstances in which a judge could allow a person's testimony to be taken outside of a courtroom.

'She Can't Tell Us What's Wrong'

In Massachusetts, a proposed law would create a registry of abusive caregivers, even if the case isn't prosecuted. Currently, when an allegation of abuse emerges, a state agency investigates to see if the claim can be substantiated, but the names of alleged perpetrators are only made public if a prosecutor decides to take the case to trial. Advocates cited the NPR series in pushing for the law.

And in California, legislation was proposed — but ultimately stalled — that would have started a pilot program to give prosecutors extra money to devote more staff and more time to prosecute these cases.

These reforms are all aimed at making it easier for police and prosecutors to investigate cases and take them to trial. It can be difficult to do that, in part because people with intellectual disabilities may have difficulty speaking, remembering details or recalling a time sequence. One result: perpetrators often go unpunished, and are free to assault again.

In the U.S. Congress, legislation was introduced that would guarantee the continuation of existing federal funding to address the sexual assault of women with intellectual disabilities. The money is currently authorized in the Violence Against Women Act, which is set to expire at the end of this year. When Republican Rep. Ken Calvert of California introduced the CARE Act in April, he noted the NPR reporting and statistics: "It is absolutely shocking and disturbing that these individuals are targeted so often and I wholeheartedly believe we must do more to protect them."

Other proposals involve training people with intellectual disabilities themselves. Often, they didn't get sex education in schools, so they may have difficulty identifying abuse.

For Some With Intellectual Disabilities, Ending Abuse Starts With Sex Ed

In Their Own Words: People With Intellectual Disabilities Talk About Rape

People with intellectual disabilities "live an isolated life and it makes you more likely to be victimized," says Jessica Oppenheim of the Arc of New Jersey, an advocacy group.

Now states, including Pennsylvania, Minnesota and Florida, are spending more money for trainings about healthy relationships and how to spot abuse. And groups that represent people with intellectual disabilities and people who teach classes about sexuality for people with disabilities are reporting new interest in trainings.

Earlier this month, the Arc of New Jersey called a state summit to consider reforms. About 50 people — state officials, prosecutors, parents, advocates and people who work in the disability field — gathered at the meeting in New Brunswick.

James Meadours, a man with an intellectual disability, came from Texas to deliver the keynote address. Meadours is a rape survivor who was featured in NPR's Abused and Betrayed series.

Meadours first started speaking to disability groups about a decade ago. Since NPR's series, Meadours has traveled around the country doing even more advocacy. He appears in a new public service announcement from 1in6, a national nonprofit that offers support to male survivors of sexual assault. 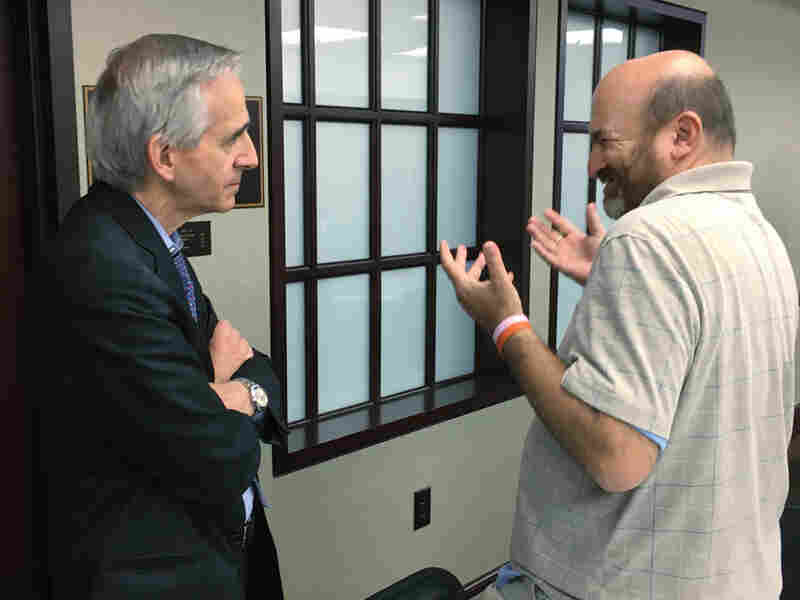 James Meadours, right, speaks with prosecutor Robert Laurino at a summit in New Jersey. In 1993, Laurino won a groundbreaking sexual assault case where the victim had an intellectual disability. Joseph Shapiro/NPR hide caption 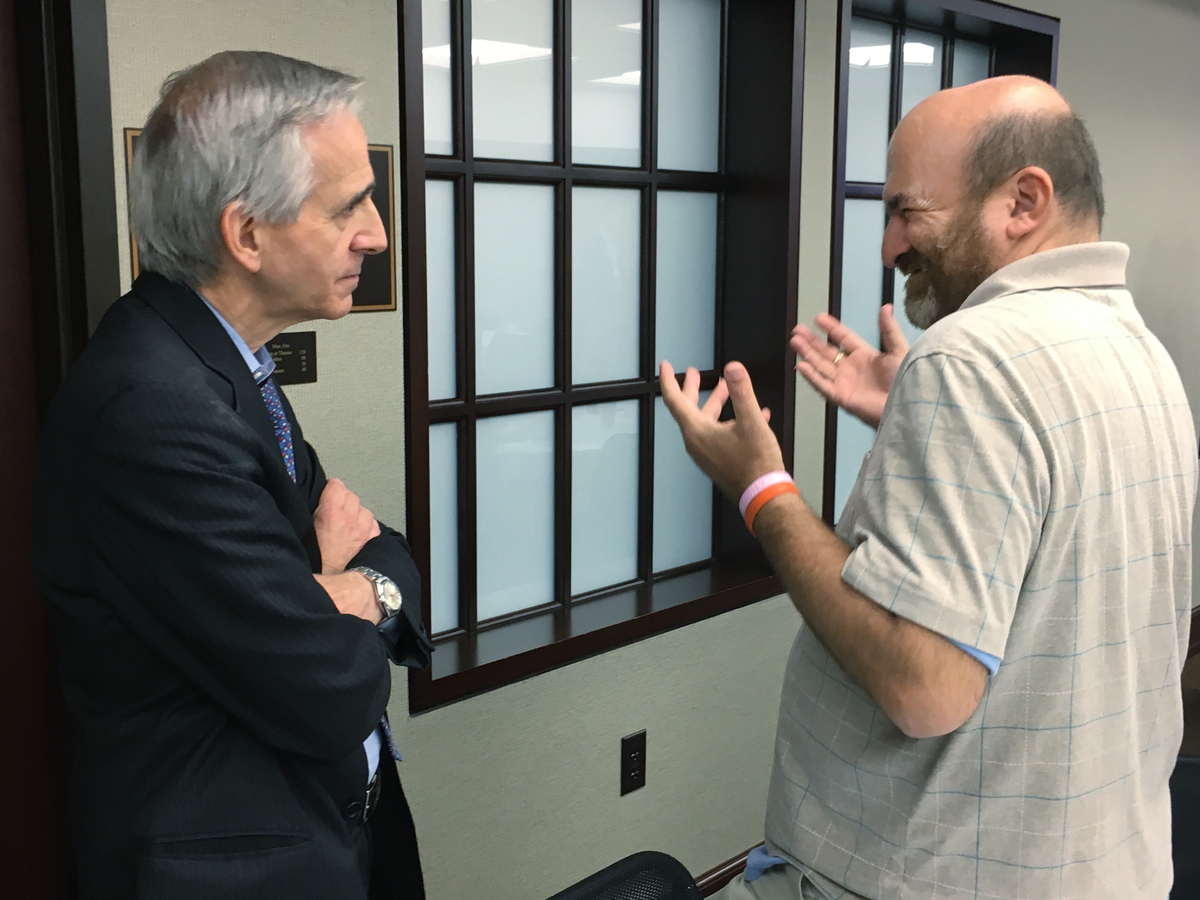 James Meadours, right, speaks with prosecutor Robert Laurino at a summit in New Jersey. In 1993, Laurino won a groundbreaking sexual assault case where the victim had an intellectual disability.

"If you be quiet," he said, "You cannot change things. But if you have a voice, you can change the world."

After Meadours spoke, the people in the room brainstormed ideas. Someone from each table stood up to report their recommendations.

Thomas Baffuto, the executive director of the Arc of New Jersey, said there was a "need for a hotline for folks with intellectual disabilities to not only report abuse and neglect but also get help and get connected to supports and services." And he suggested legislation that would require that students with disabilities get sex education in school. Often they are pulled from those classes to get other services, or because it's assumed they can't understand the discussion. "We think schools have to require more sex education, not less," Baffuto added.

Oppenheim, an attorney who runs the New Jersey Arc's criminal justice advocacy program, said the public needs to better understand that people with intellectual disabilities live and work in their neighborhoods and to respect their desire to be part of those communities.

One suggestion: "Essentially a public service campaign that we would call '#UsToo.'"