Accessibility links
NPR Music's 40 Favorite Albums Of 2018 (So Far) We asked writers from across public radio to share the one album that's stood out during the first six months of the year. 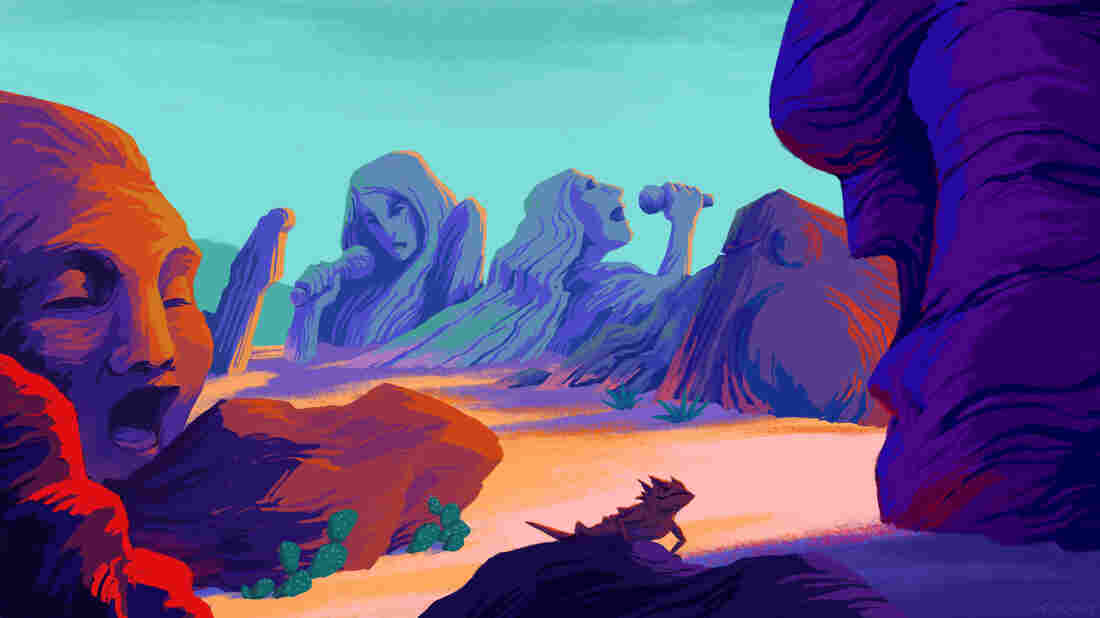 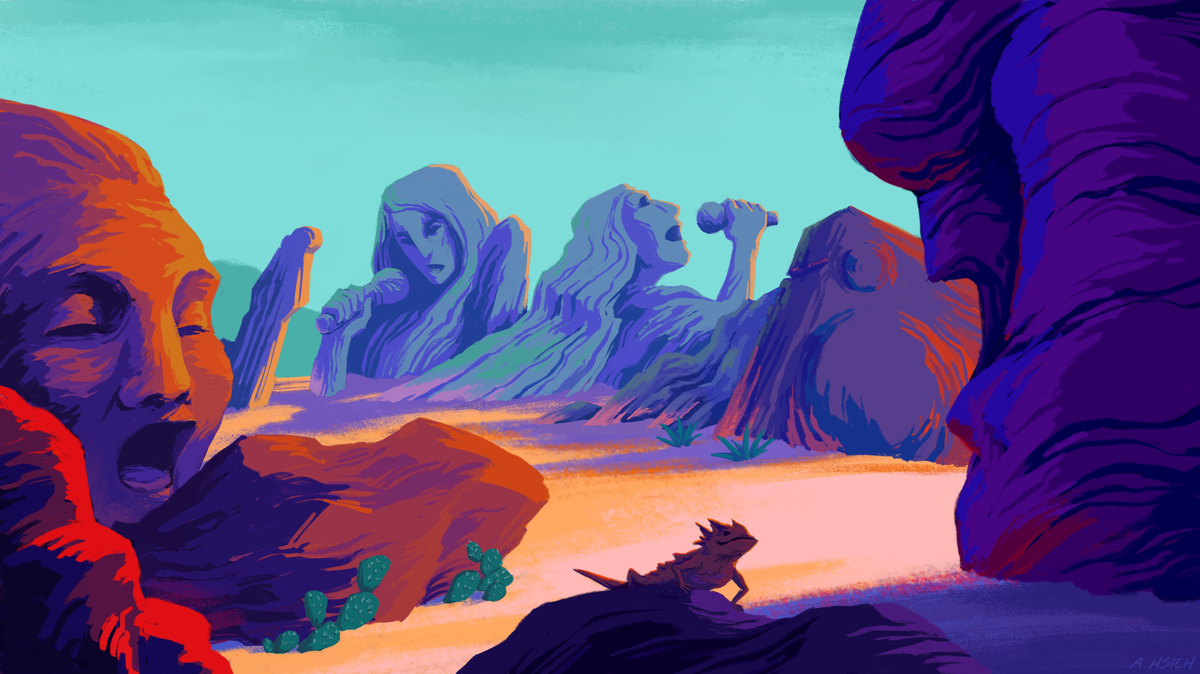 Let's face it: We live in an era dominated by playlists. Whether you listen to one of the chart-defining destinations on Spotify, let YouTube's algorithm be your guide, follow a friend's listening habits or create your own mixtapes, the idea of listening to an entire album in one sitting becomes increasingly quaint by the day. With thousands of great songs available at the tips of our fingers (not to mention that skip button), sitting through anything but an irresistible chorus can feel like a bridge too far. It's almost as if spending 30 minutes with a record requires an irrational attachment bordering on obsession.

So, for the moment, we're leaning into obsession. When we surveyed our panel of public radio writers about the best albums of the past six months, we asked them a single question: What is your one favorite album of 2018 so far? We weren't interested in the consensus constructed by second- and third-place votes; there will be plenty of pixels for that in December. Without further ado, let's talk about the passions. 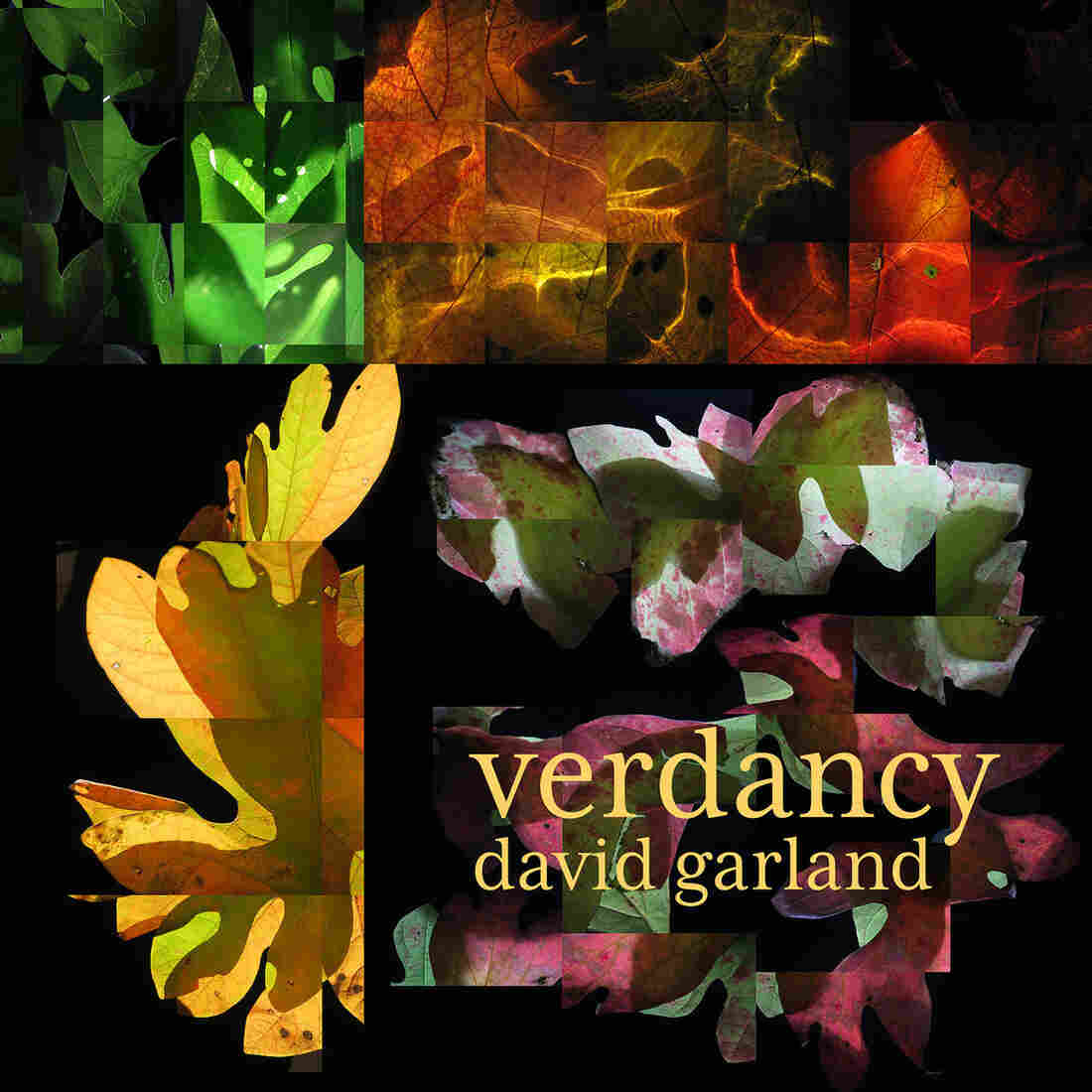 For more than 30 years, David Garland has been an outlier to the outside music found in NYC's Downtown scene. Sometimes he's a singer-songwriter who writes chamber music, or an avant-garde composer who writes pop songs. He's performed with everyone from Meredith Monk and John Zorn to Sufjan Stevens and Deerhoof's Greg Saunier, yet even that disparate list of characters doesn't quite sum up the unpinnable quality of his music. His curiosity also extends to Spinning On Air, which, up until a few years ago, aired on WNYC, and now lives on as an independent podcast highlighting and interviewing forward-thinking musicians.

True to form, Verdancy sounds like nothing before him, and true to his surname, Garland weaves weirdly and wonderfully floral textures into this four-hour opus. He's joined by the likes of Yoko Ono, Czech singer Iva Bittová and members of Vetiver and Buke & Gase, but the album's spiritual center is a modified acoustic guitar made by Garland's son. Its electronic vibrations sound a droning buzz, oft resulting in a blur of composition and reaction, swirled in woodwinds, piano and strings. Verdancy is a profoundly deep work with a seemingly endless landscape in which to get lost. -- Lars Gotrich 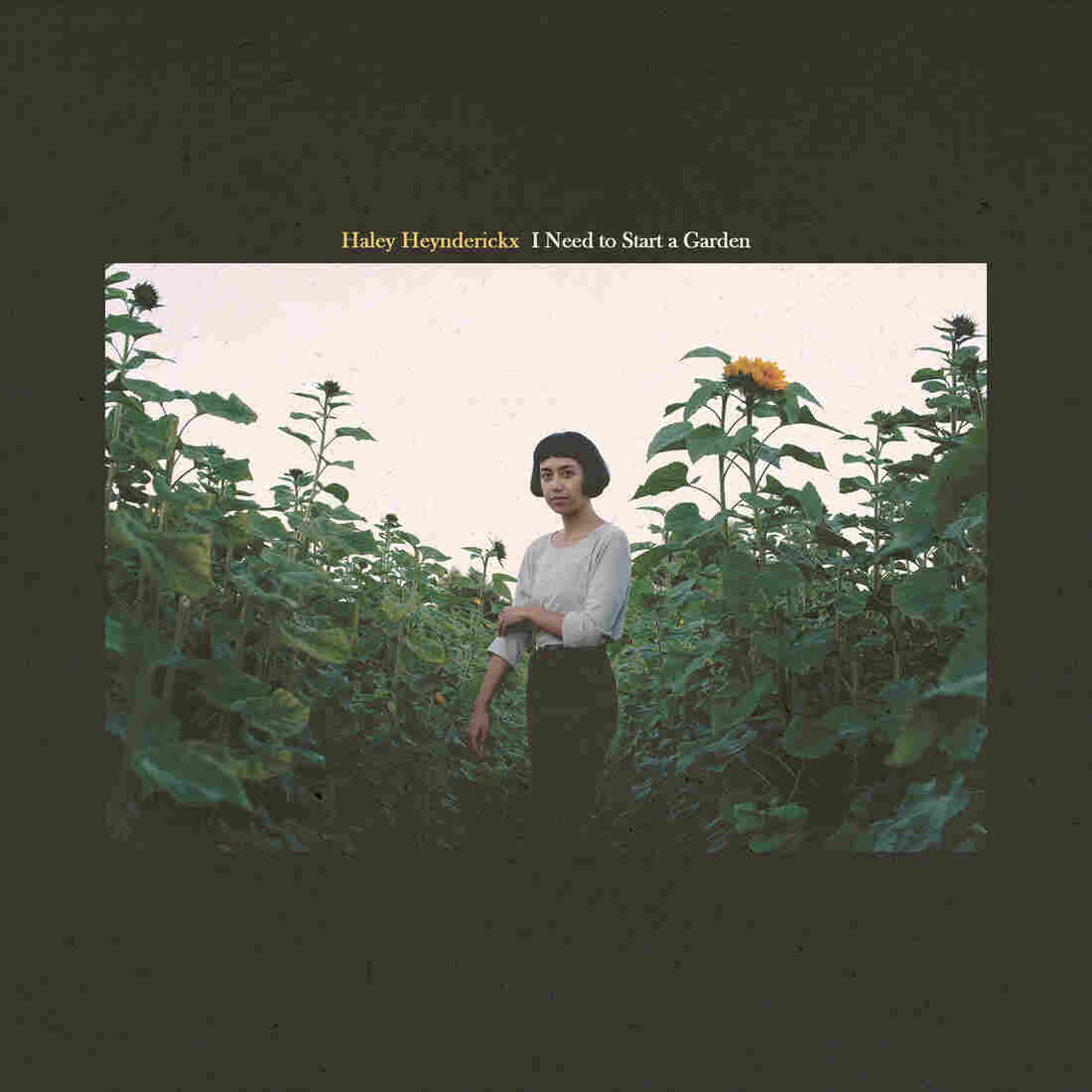 I Need To Start A Garden

On I Need To Start A Garden, Haley Heynderickx's voice often trembles under the weight of its honesty. You might mistake that quality for the stumbling insecurity of youth — this is, after all, the Portland songwriter's debut album — but listen more deeply and you'll start to uncover Heynderickx's patient wisdom and compassion. "Face me entirely," she suggests on the album's opener, "No Face." "I am humbled by breaking down," she admits over and over on "Show You A Body." Over her unique and rhythmic guitar style, her voice takes many shapes: the gently murmured narrative of "Untitled God Song," the freaked-out shout that crescendos in "Oom Sha La La," the exasperation with which she exhorts her interlocutor to "be good or be gone" on "Jo." The album is short — just eight songs, just over half an hour long — but each song is beautifully paced: There's just as much depth in "No Face," which is under two minutes long, as in the nearly eight-minute standout "Worth It." And Heynderickx balances her lyrical weight — grappling with deities, disappointment and desire — with humor. Even the album's title, taken from a lyric in "Oom Sha La La," was meant to be lighthearted. "The album feels like a tattoo to me," Heynderickx says about the title, "so I tried to find the right slogan that would make me laugh by the time I'm 60, 70 , 80 — if I'm lucky." As that explanation suggests, Heynderickx has her eye on the long haul; this impressive debut seems proof enough that hers is a voice I'll be listening to for years to come. -- Marissa Lorusso 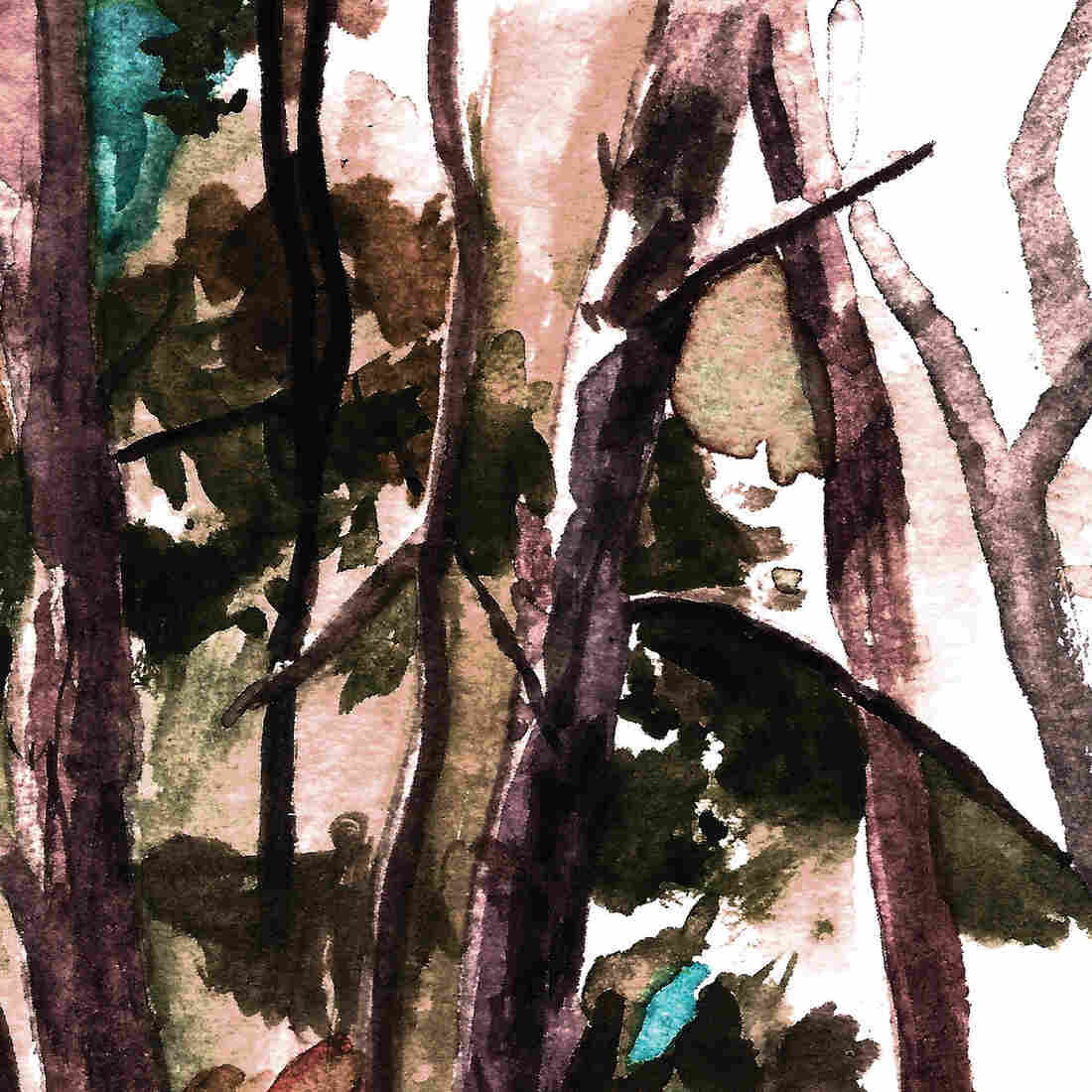 Bark Your Head Off, Dog

Seltzer lovers know this: Shake a bottle too many times on the way home and you'll find yourself standing over the kitchen sink, in the throes of elemental war. Since the fount of creativity heard on Bark Your Head Off, Dog makes musical comparisons difficult, it might be useful to think of the album as what happens in your hands when you finally twist that cap, when carbon dioxide tries to escape a lifetime of liquid captivity, and molecules oscillate between fury, flurry, pop and release. What makes this album such a gratifying listen are the tensions Hop Along sets up: the ingenious interplay between the full band's inviting hooks and abrasive progressions, between melodies you can sing along to and melodies you wouldn't dare attempt, and between lead singer and lyricist Frances Quinlan's sweet soprano and rugged rasp. Musically, everything bubbles to the surface and gasps for air, including, at times, Quinlan herself. Lyrically, Hop Along finds empathy for the Bible's first murderer Cain (on "Not Abel"), illuminates the failures of false ideals in war ("Of course I am for peace, one that suits me"), and encapsulates the current cultural moment of untangling toxic masculinity in one perfect phrase ("So strange to be shaped by such strange men"). -- Talia Schlanger, World Cafe 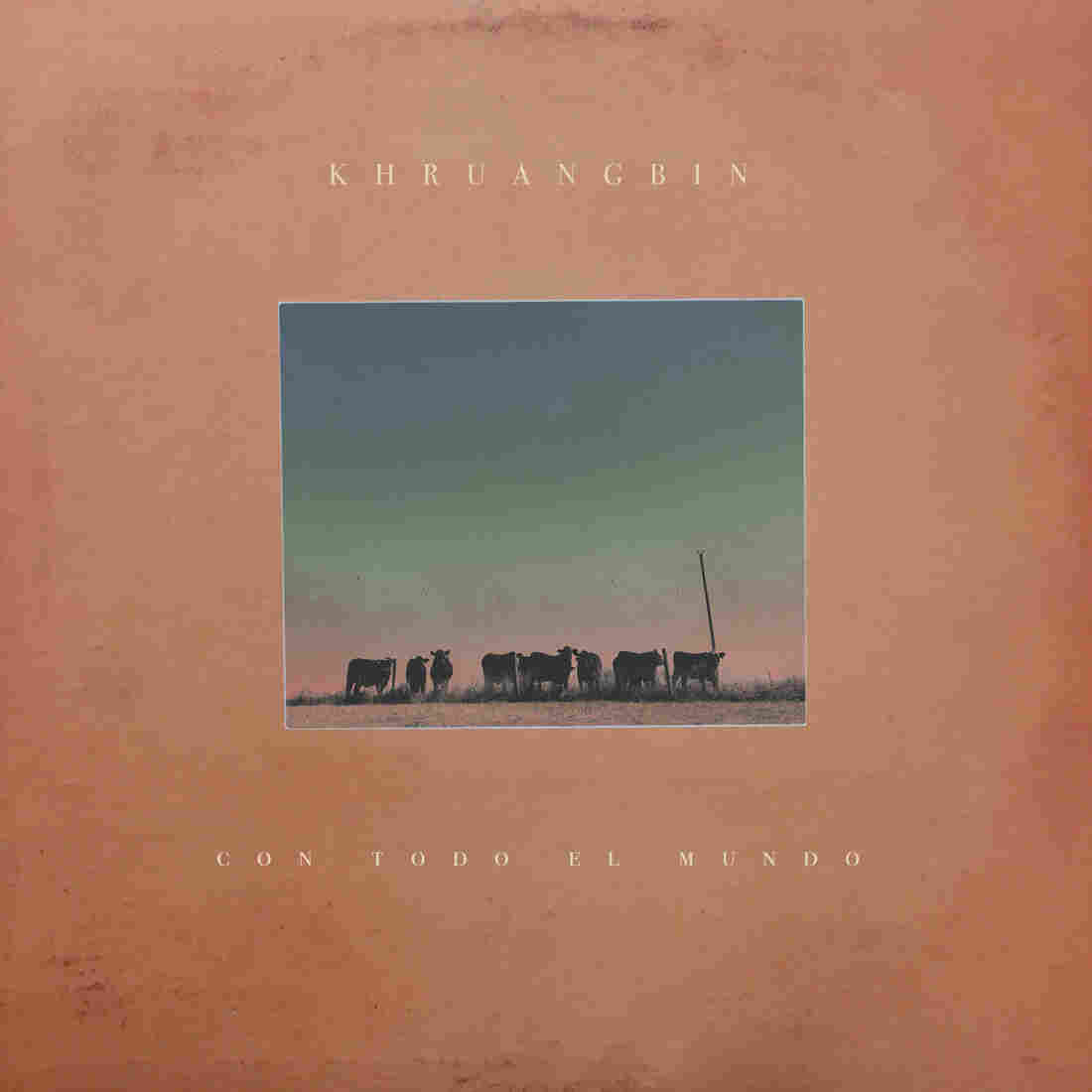 At the moment, it's difficult to write an introductory sentence that doesn't acknowledge the torrential state of the world. For reasons big and small — from a disintegrating world order to the ability for us to hear each loosening screw as it unwinds from the frame in real time — each morning now seems to promise some new horror. All these "bad things" can't be ignored. But neither can the search for collective affirmation — nothing is as effective a salve as the recognition of our possibilities. That's all far too much weight to place on anything, much less a record, but I defy you to put on Con Todo El Mundo, the second album from Texas trio Khruangbin in the summer sunshine, or the winter dusk, and not be able to find some measure of peace and a source of animation. Con Todo El Mundo is what happens when someone, or a group of someones (in this case guitarist Mark Speer, bassist Laura Lee and drummer Donald "DJ" Johnson) inhale deeply from whatever corners of the world move them, distilling whatever it may be into the blood before exhaling a mix of those influences, their own celebrations, worries and soft pains.

In the case of Khruangbin, that isn't some poetic overcompensation to describe a difficult record. "People in different parts of the world were hearing these [American funk] bands and they would put their cultural spin on these styles," Johnson told an interviewer in March. "Which is how you end up with funk from Asia in the 1960s and '70s. When we hear funk music from that part of the world, it's this big inspirational loop because they were inspired by an American art form, put their twist on it, and then American bands were inspired by their interpretation of Western music, and then it keeps going on and on." And so will we. -- Andrew Flanagan 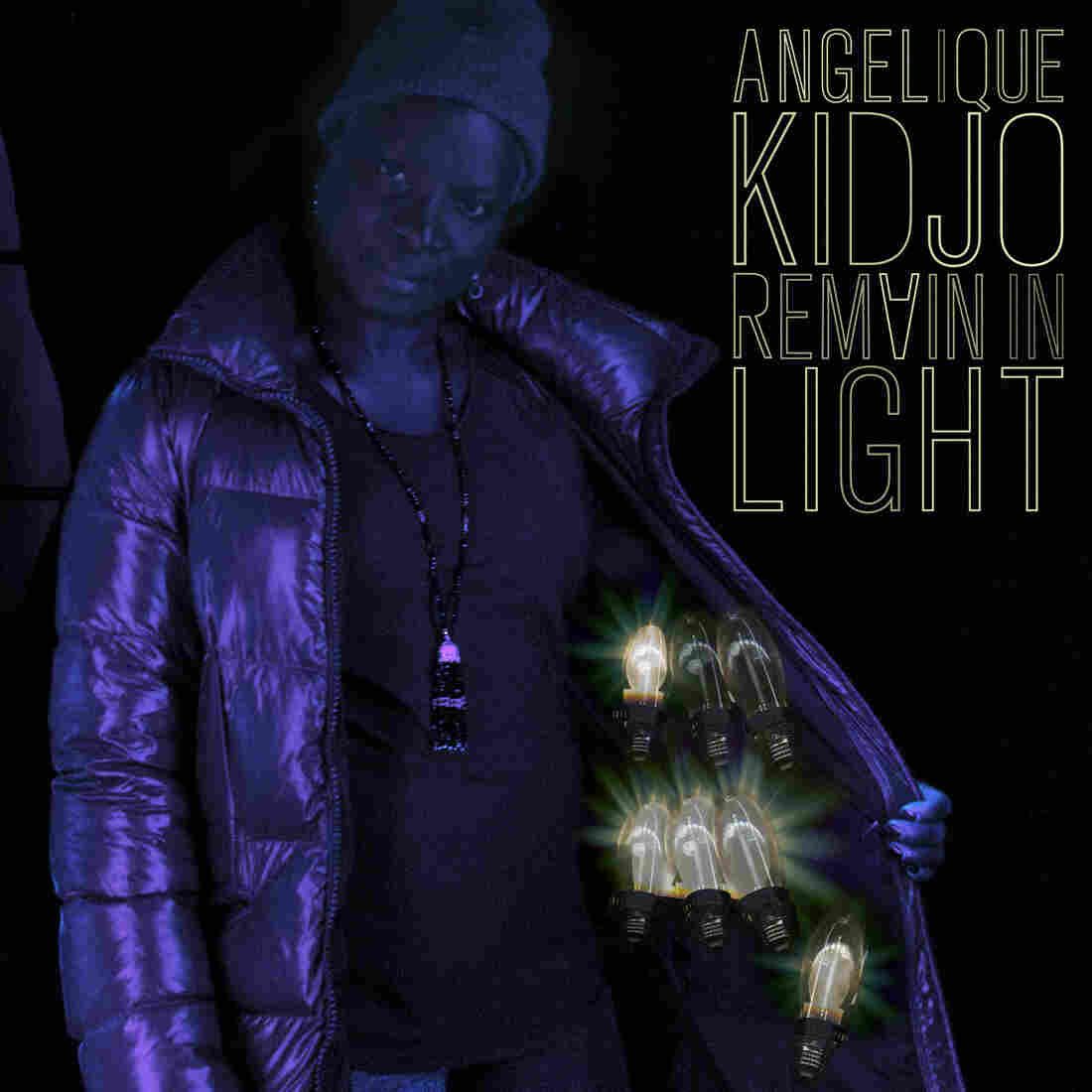 When Talking Heads recorded Remain In Light in 1980, the group was at a critical musical transition: Its members wanted to be more than a backing band for David Byrne's quirky, New Wave musical vision. A brief time-out yielded solo projects that delved into soul music, Sly and Robbie-influenced island funk and Fela Kuti's endless "where's the one?" Afrobeat. It all came together in the Brian Eno-produced masterpiece, which was justifiably heralded for the innovative sound and remains a classic. But it wasn't until West African vocalist Angelique Kidjo's remake of Remain In Light this year that the band's vision was finally fully realized. Kidjo fully unlocks the African-ness of the compositions track by track, often by layering West African drumming over a Kuti-inspired beat. Kidjo is faithful to the rhythm of Byrne's stream-of-consciousness vocals and, on a track like "The Great Curve," the power of the layered vocals is unleashed over a relentless celebration of rhythm. Kidjo told NPR that she recalls hearing Remain In Light at a party in France in 1983 and immediately recognized it as African music more than rock or New Wave. And now, 35 years later, we can all hear what she heard that night. — Felix Contreras, Alt.Latino 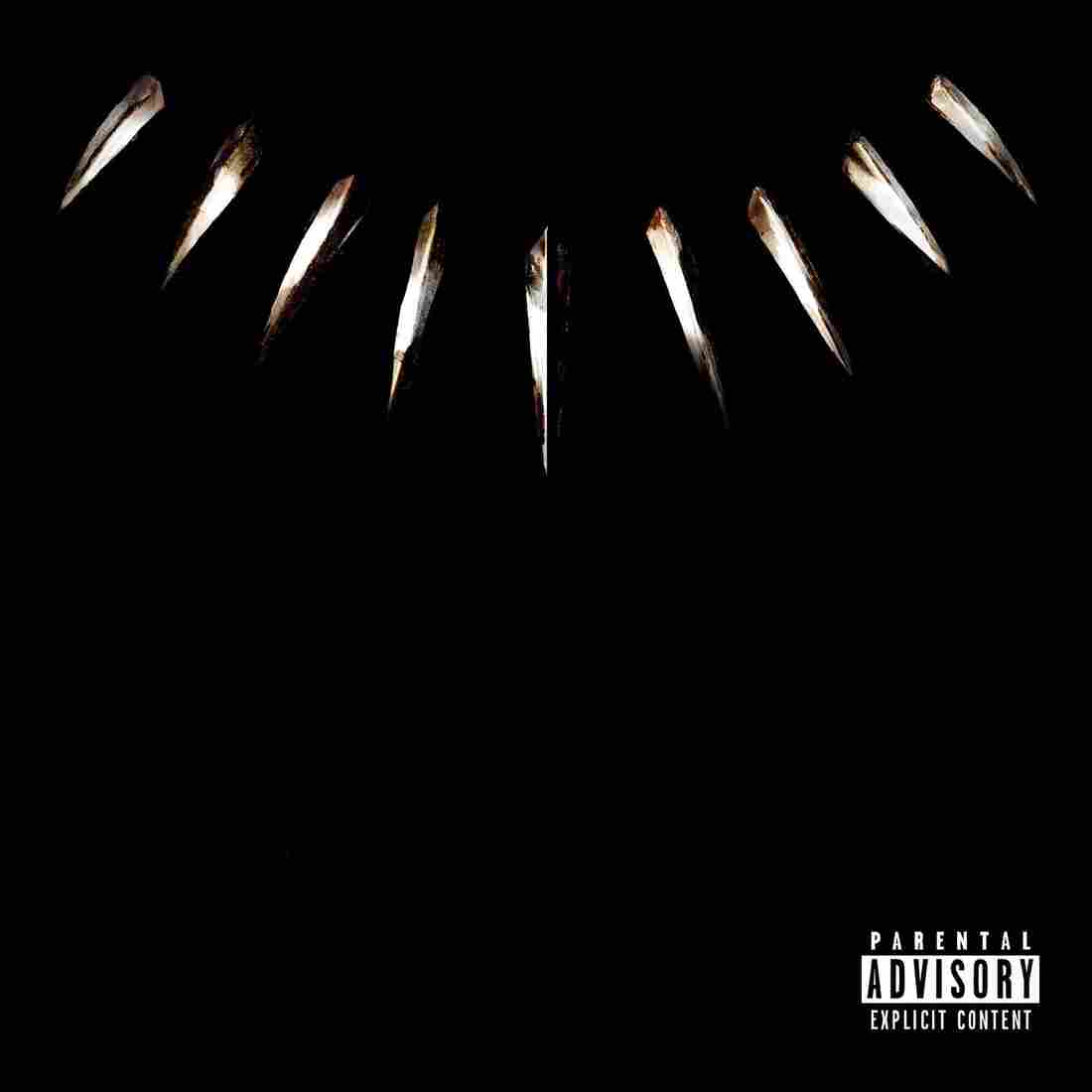 When the Grammy- (and Pulitzer-) winning rapper Kendrick Lamar was tasked by director Ryan Coogler with curating an album that sonically coincided with the film Black Panther, we got more than expected. We know Lamar to be a rapper of tremendous stature, but his abilities as a producer (a.k.a. Kurator Kenny) exceeded expectations. Throughout Black Panther: The Album, Lamar explores soundscapes of indigenous and contemporary Africa while also diving into the movie's themes: the duality of heroism, cultural appropriation, social equity and mobility, and racism. The Compton-hailing rapper enlisted a formidable lineup of artists including Schoolboy Q, SZA, Vince Staples, 2 Chainz, Travis Scott and Jorja Smith. But he also appointed spitfire lyricist Yugen Blakrock for "Opps" and woozy Afro-trap artist Saudi on "X" — both hailing from South Africa. Black Panther: The Album resonates because it affirms black people as the narrators, producers, writers and creators of our own stories. -- Summer Holmes 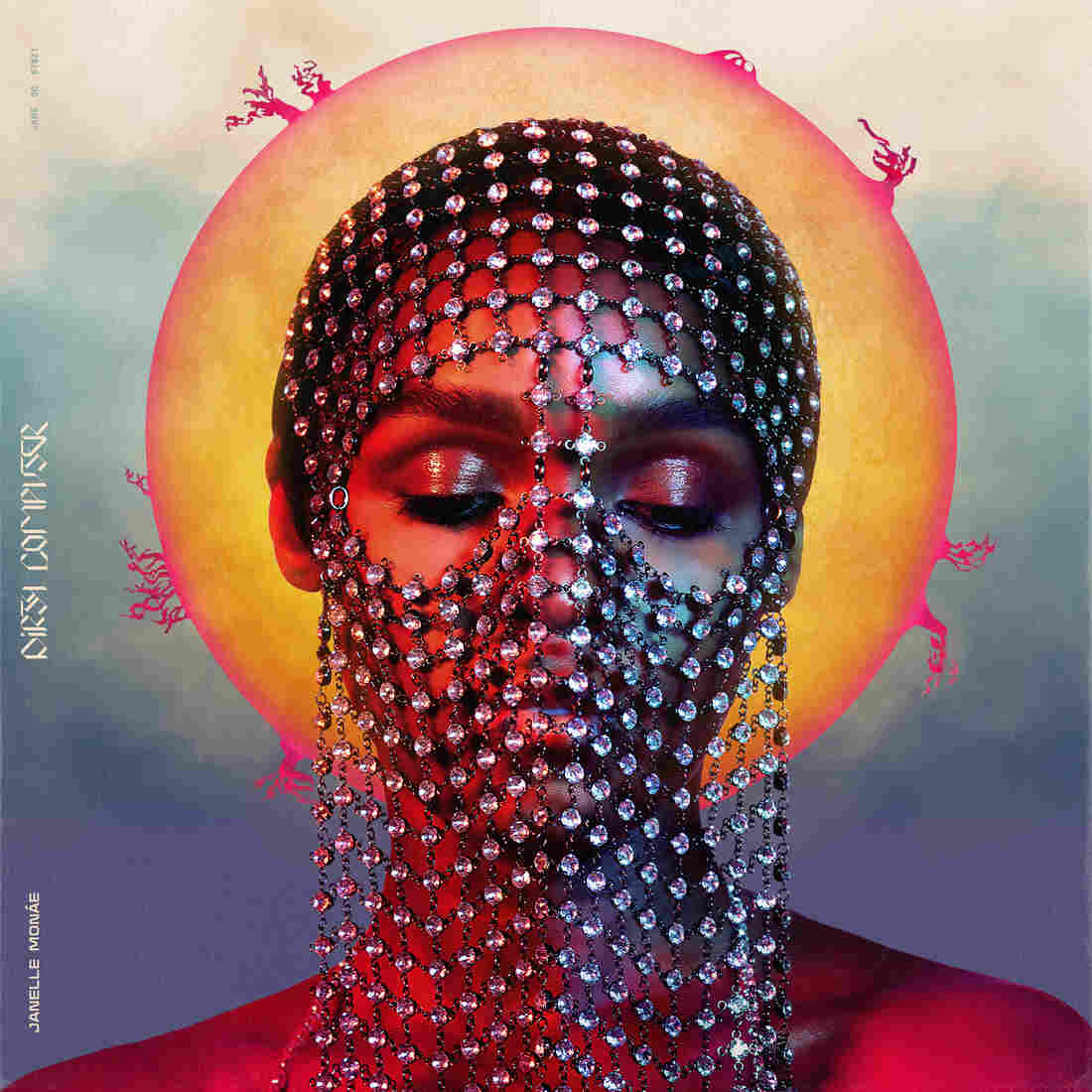 Janelle Monáe has finally relinquished her robotic exterior to reveal herself in every way. With over 10 years in the game, the Kansas native has done it at her own pace, or "soul clock" as she puts it. On Dirty Computer, there is no stone she leaves unturned; no topic is too taboo; no guest too big. She enlists Brian Wilson to contribute his signature harmonies. Stevie Wonder even checks in to philosophize about love. Monáe delivers her most complete project yet with an unapologetically feminist, sexy, black, political and fun approach. -- Robert Carter 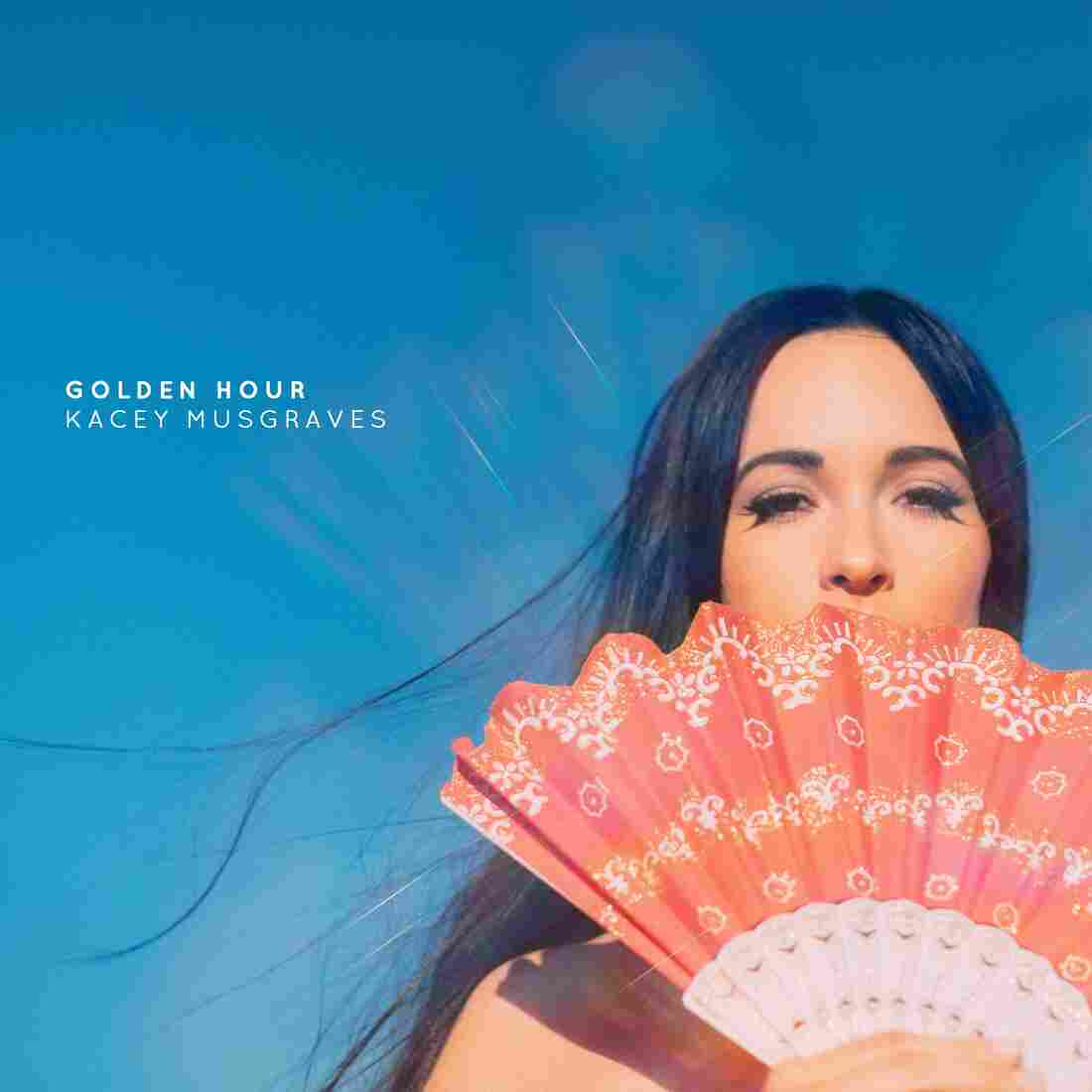 Kacey Musgraves' first two albums established her as an outspoken opponent of the judgy and small-minded, showcasing uncommon empathy for the way people live, strive and settle. While Pageant Material was largely a delivery system for mission statements, Golden Hour feels more somber, shimmery, sonically beautiful and, in the best possible way, mature. "Space Cowboy," for example, may employ a slick bit of country wordplay, but the song itself speaks to Musgraves' gift for conveying a cocktail of poignant emotions: aching disappointment, keen longing and a kind of loving, sympathetic resignation. In Golden Hour's peppier second half, Musgraves loosens melancholy's grip a bit, finding room for lightly playful kitsch ("Velvet Elvis") and the playfully insistent disco-pop of "High Horse." But even those little jolts of energy sound like soft dispatches from an old friend. -- Stephen Thompson 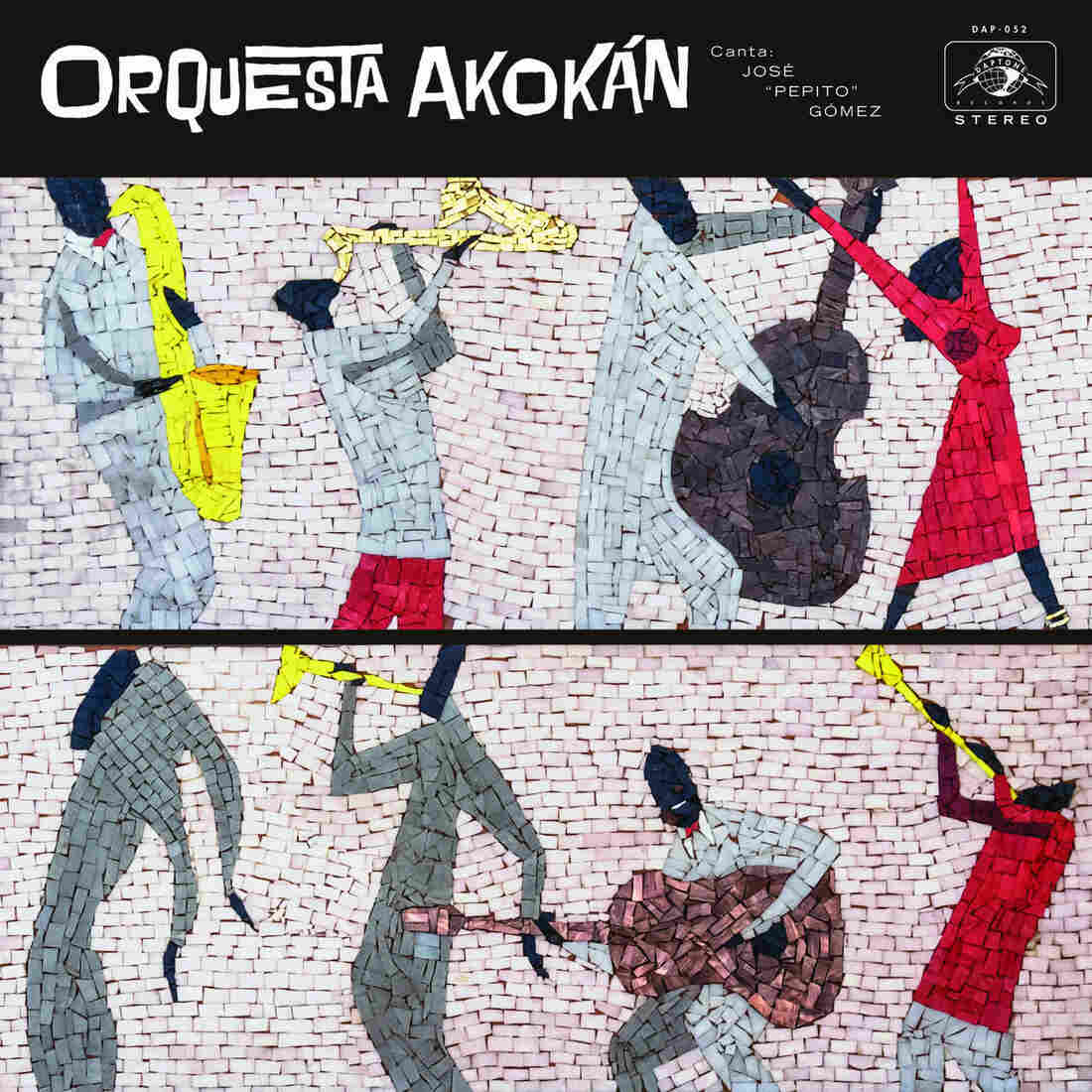 Sometimes, we all need a shot of musical medicine — of joy, of reverie, of pressure-valve release in the midst of hard, wrenching reality. Those fleeting moments of transcendence help nourish us, fortifying our spirits and preparing us to navigate whatever lies ahead. Right now, that dose for me is the self-titled debut album from Orquesta Akokán, whose very name (which means "from the heart" in Yoruba) summons something profound. This jubilant, dazzling collection of dancefloor tunes was recorded in the spiritual and physical home for generations of Cuban musicians: the hallowed Studio 101 at Areito Studios, within EGREM in Havana. (Surreally, the album was recorded while American voters went to the polls in 2016, which resulted in a hard swing backward on American-Cuban relations.) Featuring the suave Cuban vocalist José "Pepito" Gómez, an astonishing lineup of musicians from hallmark Cuban bands like Irakere and Los Van Van and the sizable talents of some younger, New York-based Latin music aficionados, the Akokán project evokes the turn-on-a-dime sharpness and enormous sound of some of Cuba's legendary, 1940s and '50s greats, like Arsenio Rodríguez, Benny Moré and Pérez Prado, but places the musicians in fresh and imaginative sonic textures and arrangements. The result is sheer, transporting, unmitigated joy. -- Anastasia Tsioulcas