Accessibility links
In Push for Clemency, White House Seeks Names from Advocates Prisoner advocates say they have given the White House names of prisoners who may be ideal candidates for clemency. They are now waiting to see how the White House will proceed. 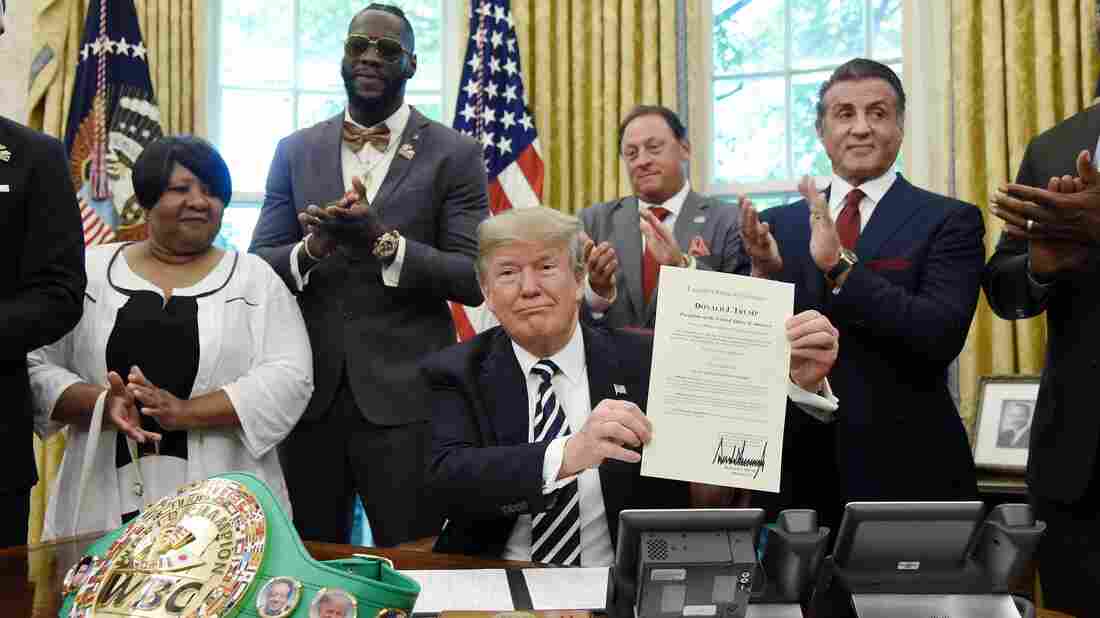 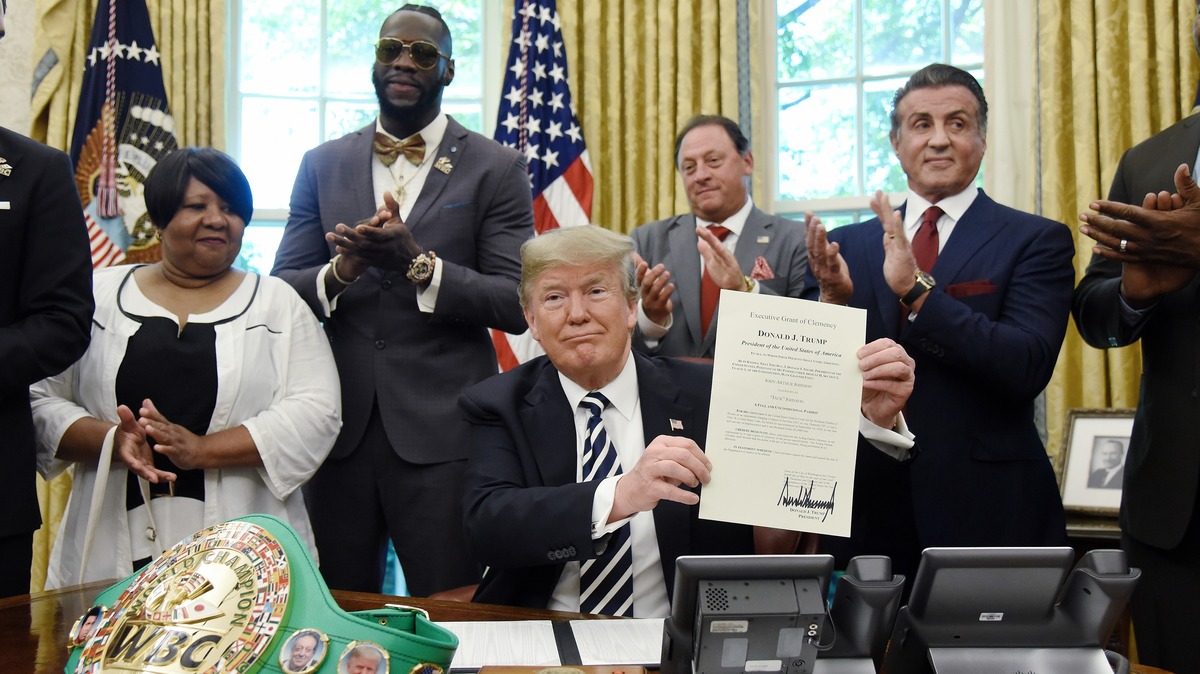 President Trump signs a posthumous pardon for boxer Jack Johnson on May 24. The White House has privately asked prisoner advocates in recent weeks for the names of more potential clemency candidates.

Advocates for prisoners from several groups tell NPR that White House officials have privately asked them for potential candidates for clemency, and they have offered dozens of names.

The outreach came in the wake of President Trump's recent spate of pardons and commutations — most of which were granted to public figures or individuals who had received a lot of media attention.

The advocates, who declined to be identified due to the sensitivity of the issue, said they are now waiting for the next move from the White House, and it's unclear what type of process the administration may adopt to manage these clemency requests.

They said Trump's son-in-law and White House adviser Jared Kushner and White House counsel Don McGahn are leading the effort to examine how the president will use his clemency power going forward.

Kushner has also been spearheading the White House's push for legislation that would offer incentives to prisoners to participate in training or vocational classes with a goal of reducing recidivism.

One name that advocates have brought to the White House for consideration is Matthew Charles. Julieta Martinelli of member station WPLN reported that Charles was released after serving more than two decades in prison for selling crack to an informant, but a federal court ruled that his 35-year sentence was wrongfully reduced and sent him back.

Supporters of Charles argue he had been a model citizen during his release and he deserves to be free.

So far, Trump has issued five pardons and two commutations.

Seeking cases not in the spotlight

Standing on the White House lawn before heading to the G-7 meeting earlier this month, Trump said he wanted to start to focus people who are not high-profile.

"I would get more thrill out of pardoning people that nobody knows — like Alice, yesterday," Trump said.

He was referring to Alice Marie Johnson, who was sentenced to life in prison for a nonviolent drug charge. Trump commuted her sentence after meeting with reality TV star Kim Kardashian West, who lobbied Trump for Johnson's release.

During that same talk with reporters on the White House lawn, Trump said he was considering 3,000 names of people like Johnson, who may have been "treated unfairly" or were given sentences that were "far too long."

He also talked about a "committee" that would review applications, but provided no details. Advocates tell NPR it is unclear what names or committee the president was referring to when he talked to the press. They said it is still early, and it is not yet known whether the White House will set up some kind of formal or informal panel to consider clemency applications.

A White House official instead provided a general description of the traditional process where clemency applications are first submitted to the Justice Department's Office of the Pardon Attorney.

While presidents have nearly unfettered authority to grant clemency in federal cases, recent presidents have mostly relied on the pardon attorney's office and the deputy attorney general to issue recommendations on pardon applications.

The White House counsel's office would then review those recommendations and advise the president.

But, Trump has not adhered to that process or Justice Department guidelines in many of his clemency decisions.

Critics of the traditional pardon process say it is bogged down by bureaucracy. They also argue that since the Justice Department is involved in prosecuting crimes, it is often reluctant to overturn sentences it actively pursued.

Jessica Jackson Sloan is the national director for #cut50, a group focused on reducing the U.S. prison population. The group backs the White House push to pass prison reform legislation.

Sloan said it is a positive sign that the White House seems to be actively seeking clemency candidates and that a panel reviewing clemency applications outside of DOJ could be more transparent than the current process.

"We're very hopeful that a committee will be set up," Sloan said.