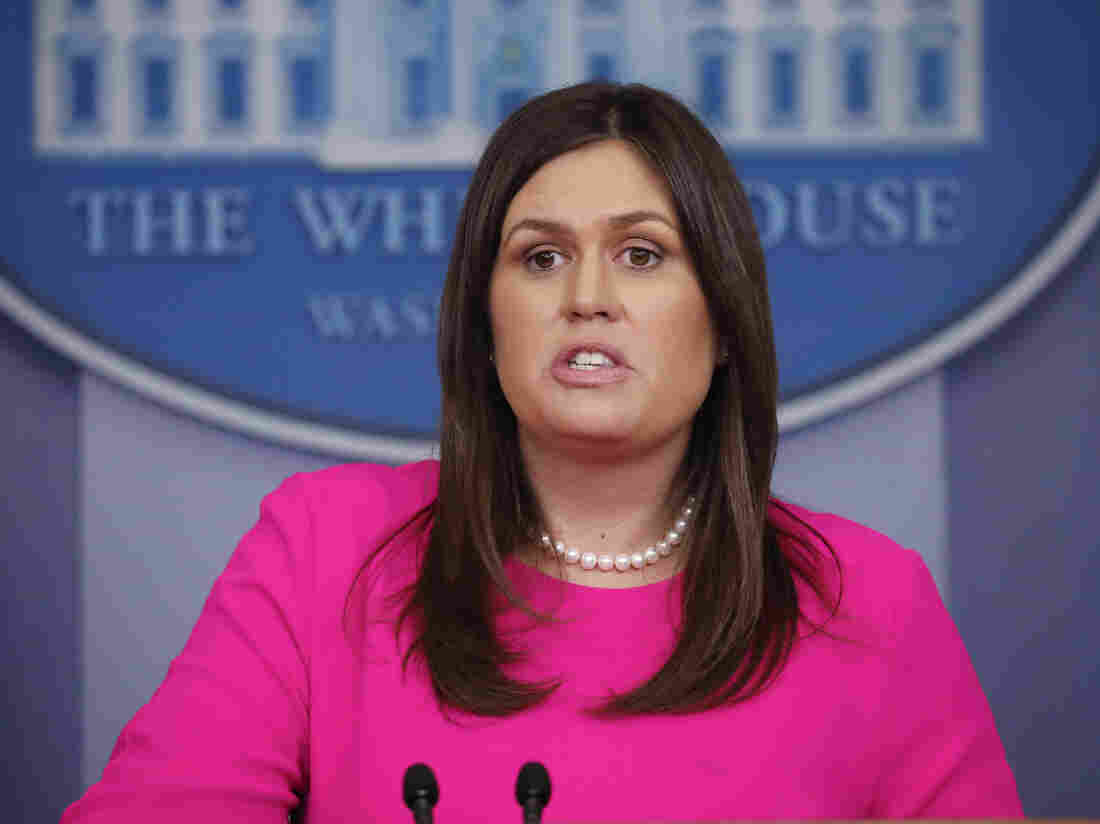 In a press briefing on Monday, White House press secretary Sarah Sanders said she was asked to leave a restaurant in Lexington, Va., "because I work for President Trump." Pablo Martinez Monsivais/AP hide caption 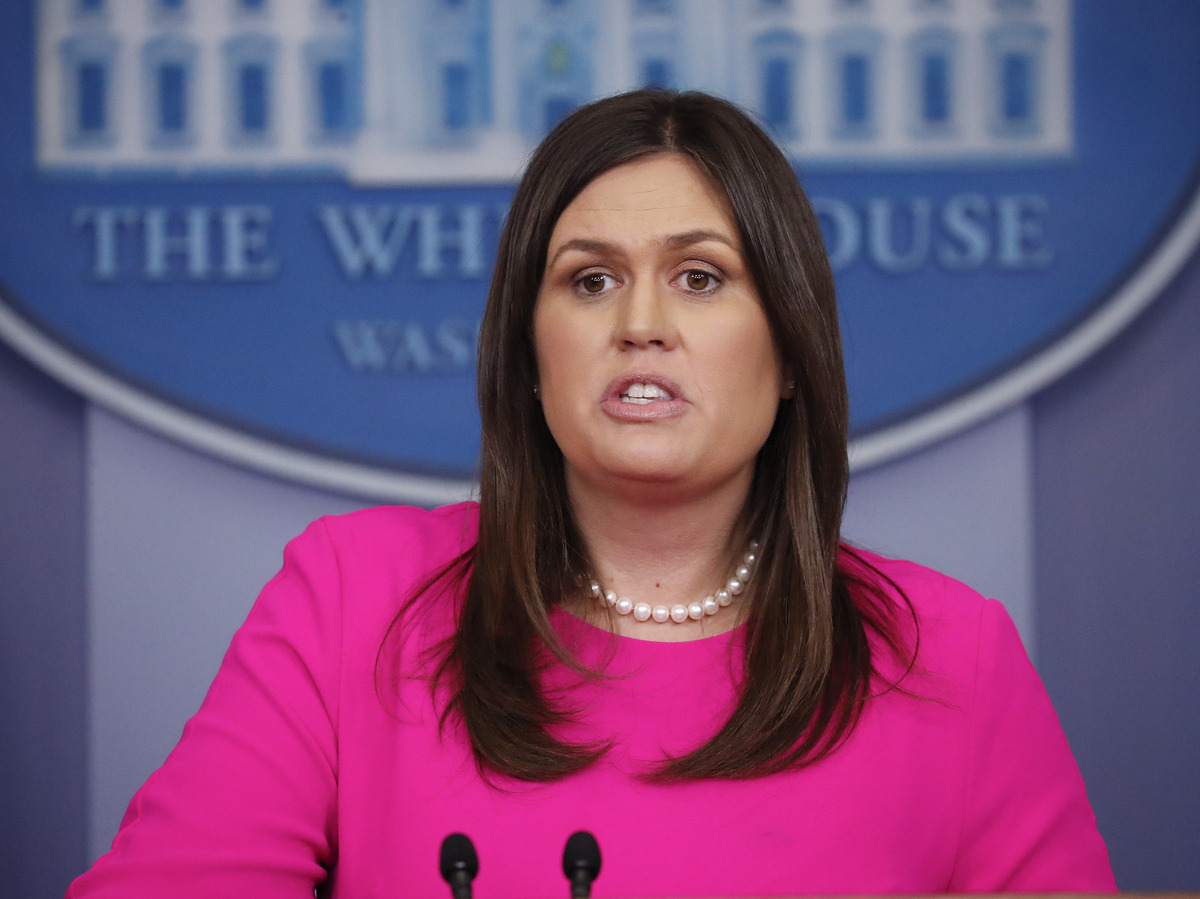 In a press briefing on Monday, White House press secretary Sarah Sanders said she was asked to leave a restaurant in Lexington, Va., "because I work for President Trump."

NBC first reported that Sanders would receive the high-level protection, which is ordinarily reserved for the president, vice president and their families. CNN subsequently quoted sources it said corroborated the report. NPR was not immediately able to independently confirm the reports.

NEW: The Secret Service will begin providing security at the home of Press Secretary Sarah Sanders, on a temporary basis, a law enforcement official tells @PeteWilliamsNBC

In a press briefing on Monday, Sanders said she was asked to leave The Red Hen restaurant in Lexington, Va., "Because I work for President Trump."

"We are allowed to disagree, but we should be allowed to do so freely and without fear of harm," Sanders said. "This goes for all people, regardless of politics."

She said that "A Hollywood actor publicly encouraged people to kidnap my children" — an apparent reference to actor Peter Fonda. In response to the Trump policy of separating migrant children from their parents at the southern border, Fonda wrote in a tweet, since deleted, that maybe Sanders' children should be taken away from her.

Fonda later apologized for a similar tweet in which he said that Barron Trump should be taken from his mother, first lady Melania Trump.

The restaurant incident has sparked a debate about civility in politics. However, many people on social media have condemned what they see as the administration's hypocrisy for praising a recent U.S. Supreme Court ruling upholding a Colorado baker's right to deny service to a same-sex couple. They say denying Sanders service because of her political beliefs is no different.

The Washington Post reports that according to the American Civil Liberties Union, "only the District [of Columbia], Seattle and the Virgin Islands specifically protect people from being refused service because of their political affiliation or ideology."

Even so, the Post quotes the ACLU's national legal director, David Cole, as saying he doesn't support The Red Hen's actions. "I think it's wrong, but under most jurisdictions' laws, it has not been made illegal," he said.

Following the restaurant incident, California Democratic Rep. Maxine Waters encouraged the public harassment of Trump administration officials. The president weighed in on the controversy as well, attacking Waters as "low IQ." He also used his Twitter feed to suggest that The Red Hen was an unclean restaurant.

Democratic Sen. Chuck Schumer was among those who sought to quell the controversy.