Accessibility links
Comic W. Kamau Bell On The 'Shades Of America' And Not Feeling 'Black Enough' Bell's new Netflix special is called Private School Negro. He says the word "negro" offends some people, but he has embraced it: "It takes me right back to the height of the civil rights movement." 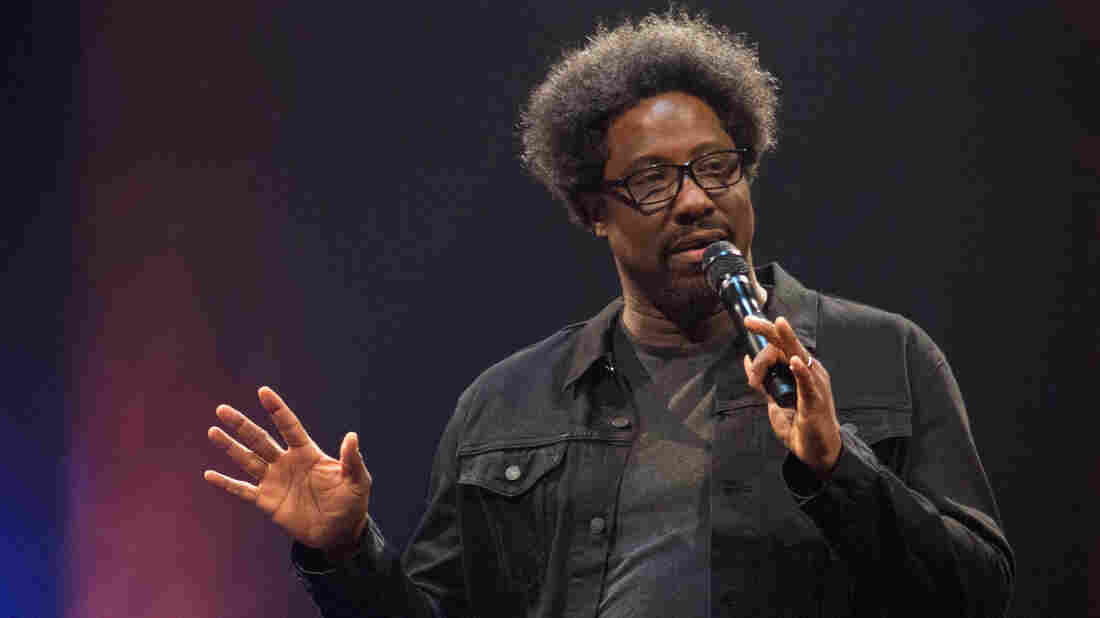 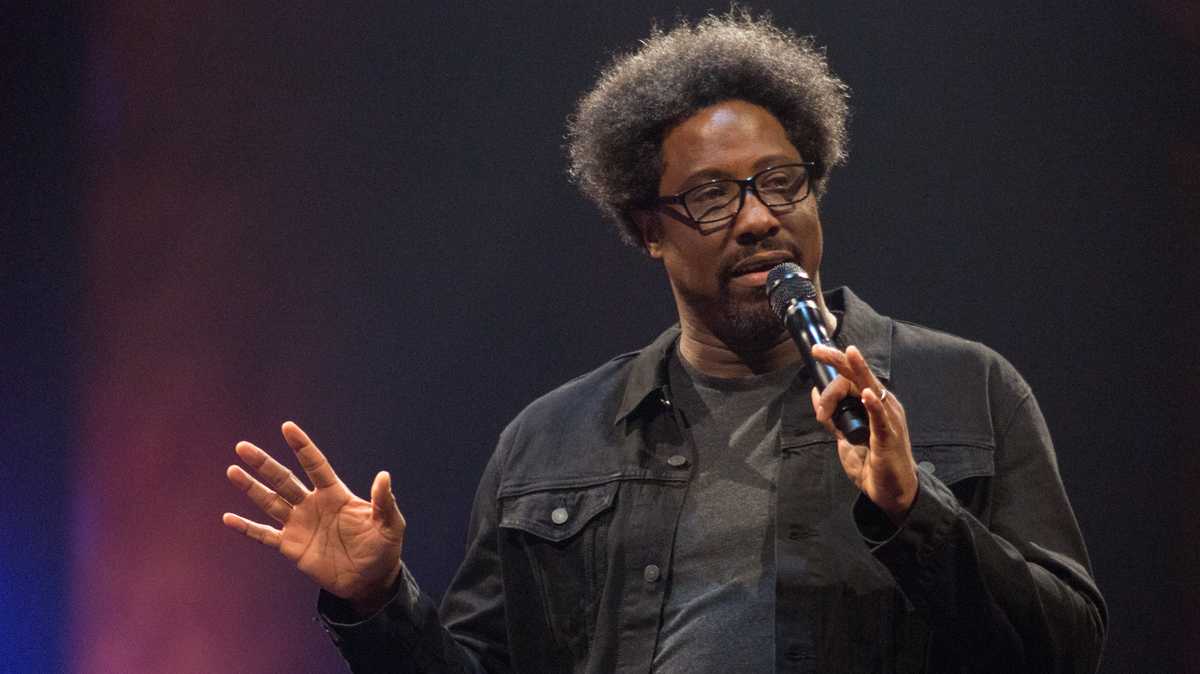 W. Kamau Bell is embracing the word "negro." It's a term that connects him to civil rights icons of the past.

"Some people may be offended by it, but to me it just feels very like classically, importantly black," Bell says. "It reminds me of a time when black people were angry and doing something about it. For me it takes me right back to the height of the civil rights movement with Martin Luther King Jr. and Coretta Scott King and Malcolm X."

Bell's previous Netflix comedy special was called Semi-Prominent Negro. His new special, Private School Negro, is a reflection on being black in America. In it, he talks about being married to his wife, who is white, and what it's like to raise their biracial children in the Trump era.

Bell also recently examined his own ancestry as part of a three-part Web series associated with his CNN show United Shades of America. A DNA analysis, he says, revealed he was "73 percent from Africa" — that's a whole 2 percent less than the 75 percent results he'd seen from other African-Americans.

The documents that really hit me were the ones where members of our family were being counted as property and they were sort of tick marks on a piece of paper, not with their names attached, but we know through the records that this person owned your family members and this tick mark here accounts for your great-great-grandmother. That's the stuff that really shook me.

They call it the "African-American brick wall" because once you can't really get much further past slavery, because nobody's names are attached to them. Again, they're just property. So for me, that's the thing that really sickens my stomach because it's like, my wife who is white ... can trace her heritage back as far to, like, the "old country" as they call it — Italy and Portugal and Ireland and England. Whereas mine, for the most part, is going to end in the South. We're not going to be able to get much further back than that, other than the DNA telling you where your DNA comes from.

At one point we were on safari and we're sitting on the side of this hill in Africa looking at, like, zebras and giraffes and hippos running around. It was this surreal experience and we're drinking gin and tonics and we're ostensibly talking about what it's like for me to go to Africa. ... I just took a moment to explain to him how surreal it was that I was sitting with him on the side of this mountain, this guy I had watched on TV ... going, "I would like to have a show like that someday." ...

We had a great time together and at the end of the week he gave me his phone number and was like, "When you're in New York, text me and we'll go out to dinner." ... He was just a great dude. ... And I felt so validated by him and by his life force and nobody is like him. He did not suffer fools gladly and so the fact that he would talk to me and give me his phone number and say look him up made me feel like, I'm not a fool! I mean, I'm a comedian, but I'm not a fool.

The thing that I think is really noteworthy about that is how fast Netflix decided to let him go, because we all know that in corporate America people have been saying horrible, horrible things, racist things, sexist things, homophobic things, transphobic things, and sometimes the people who are offended by it feel like they can't say anything, because they're not in a position of power and they don't want to lose their jobs. So they put their head down and hold it. ... Whereas now, and I think this is sort of subset of #MeToo, is that we're examining all the behavior of men.

I think this is not the same as sexual assault by any means, but it's like, men are allowed to take up too much space in society and now we're at this point where people have to go, "We're not going to allow you to take up that space."

I don't know that 10 years ago that somebody would've been fired from a company for saying that and I don't know that we would've known the story. But the fact is that Netflix worked very quickly to figure that out and good for them. And I hope it's an example for other companies. Also, I think every time something like that happens it gives everybody more courage to stand up the next time somebody says something ignorant or hateful.

None of our behavior is above reproach if we've been in this industry and we've seen things. ... We all have to be able to stand up to an audit and it's going to take down some people who absolutely deserve to be taken down.

But it's also going to take down some people who we should've said more, we should've done something differently and we're not bad people but we were in bad situations and we didn't do the right things. So I think that there's going to be a generation of men who is properly taken down by this and ... men who are sort of caught up in the shrapnel by this ... and hopefully it will mean we will raise the next generation of [boys in to men] in a different way.

On expecting his third child — specifically, his role during labor

People see me as a very calm person, but my wife knows that's not true, so my job is to really shut up and just do what I'm told and really try to limit my external monologue, which is difficult for me, as an only child and a stand-up comic. ... My job is to point out things that I think are ridiculous, but when your wife is in the middle of giving birth that's not a good time to notice things like, "Did you ever notice?" "Not right now, Kamau."