Accessibility links
House Democrats Reeling After Crowley Upset By Long-Shot Challenger Minority Leader Nancy Pelosi dismissed the idea that the stunning loss of a top party leader to Alexandria Ocasio-Cortez, a progressive socialist candidate, has wider implications for the party. 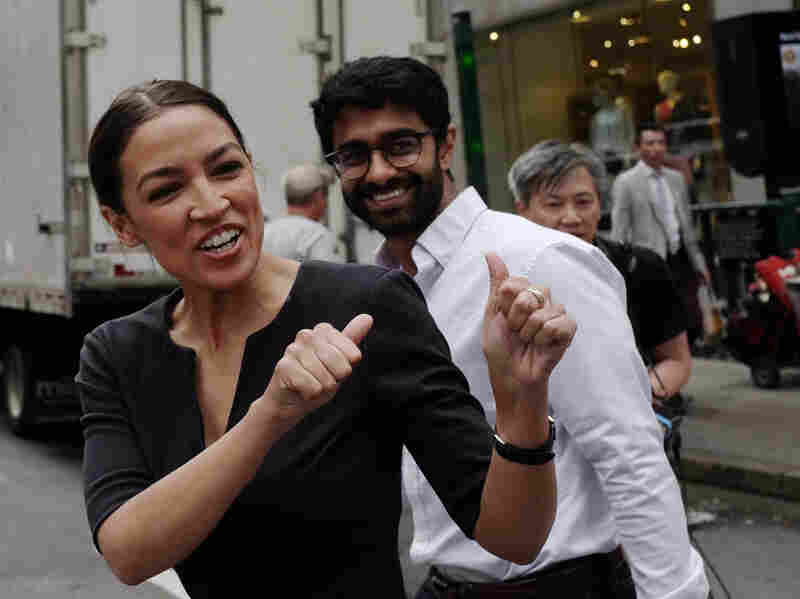 Alexandria Ocasio-Cortez greets a passerby in New York on Wednesday. Many top Democrats said they were surprised and shaken by Ocasio-Cortez's defeat of Rep. Joe Crowley, one of their top leaders. Mark Lennihan/AP hide caption 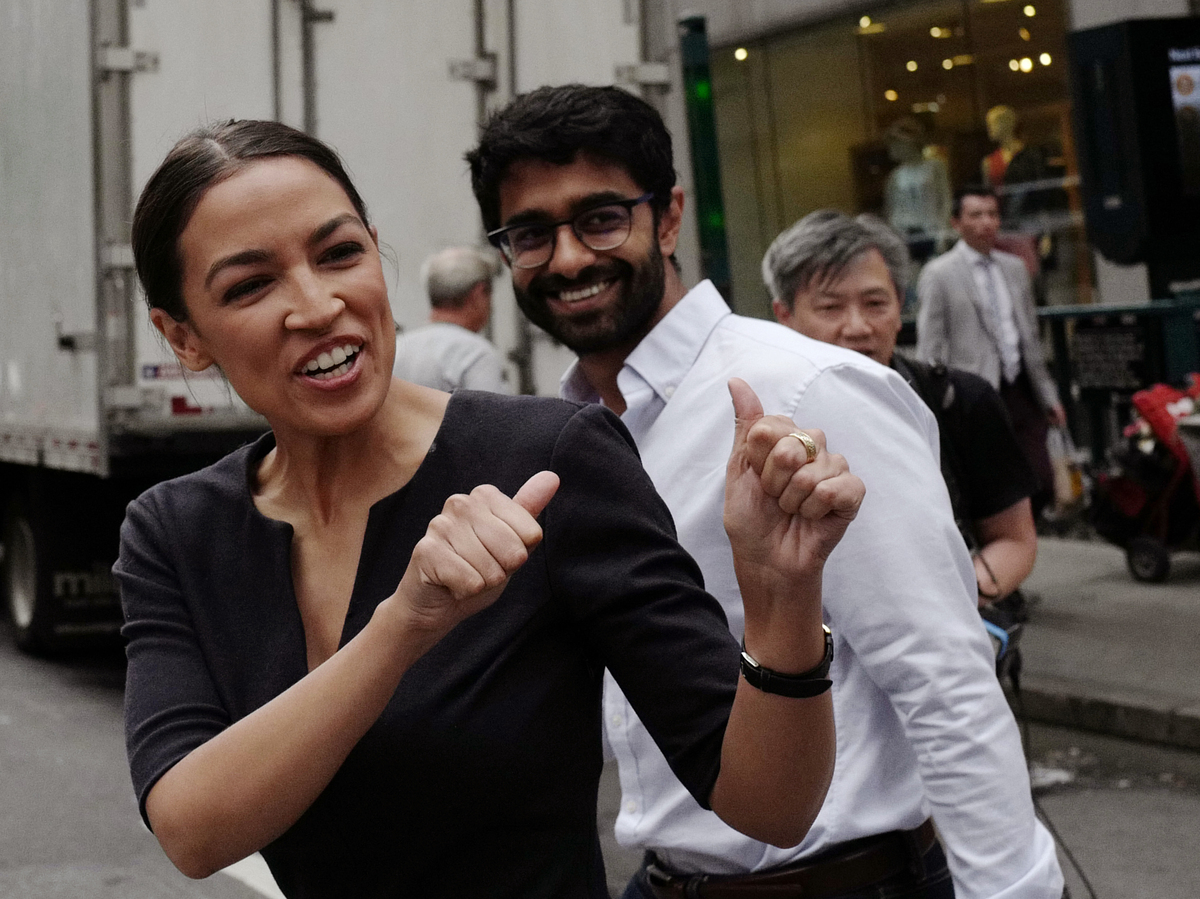 Alexandria Ocasio-Cortez greets a passerby in New York on Wednesday. Many top Democrats said they were surprised and shaken by Ocasio-Cortez's defeat of Rep. Joe Crowley, one of their top leaders.

House Democrats were still reeling Wednesday after one of their top leaders, Rep. Joe Crowley, lost his primary in New York City to a 28-year-old first-time candidate named Alexandria Ocasio-Cortez.

The shocking upset is a significant blow to House Minority Leader Nancy Pelosi, D-Calif., and her other top deputies, who have been battling calls from within their membership to step aside and allow a new generation of leaders to take the helm. Crowley's loss adds new intensity to a simmering fight over the direction of the Democratic Party and who should lead it.

Pelosi defended her slot at the top of the party Wednesday at a news conference in the Capitol.

Pelosi has become the focus of intense debate in congressional districts across the country. Republicans target her as the national image of a Democratic Party of coastal elites, while some in her own party use her as a symbol of the ways party leaders are out of sync with an increasingly diverse, progressive electorate.

Ocasio-Cortez embodies nearly every attribute of that surging left wing. She is an activist who identifies as a Democratic socialist. She has the support of liberal Sen. Bernie Sanders, I-Vt., whose platform includes Medicare for all, free college tuition for every student and abolishing Immigration and Customs Enforcement.

Many top House Democrats said Wednesday that they were surprised and shaken by Crowley's loss — but they remained confident that his failure was a fluke. Pelosi told reporters that she does not believe that Democratic socialists like Ocasio-Cortez are ascendant in the party in general.

"The fact that in a very progressive district in New York it went more progressive than — well, Joe Crowley is a progressive — but more to the left than Joe Crowley, is about that district," Pelosi said. "It is not to be viewed as something that stands for everything else."

Assistant Democratic Leader James Clyburn, D-S.C., also blamed a leftward shift in Crowley's district, which covers Queens and parts of the Bronx, for the loss. But he also suggested that Crowley could have done more to make sure he understood and reflected his constituents.

"It's obvious that something went wrong with his relationship with his constituents," Clyburn said. "Sometimes you misread the tea leaves."

Clyburn, 77, and Pelosi, 78, are often criticized themselves for growing out of step with the new, fresh faces of their party — a characterization they both vehemently reject. Pelosi often calls the criticism a sexist, ageist attack, and Clyburn is quick to remind reporters of the challenges he faced running for office in the South.

"I hope you'd recognize how late in life I got here and other people who look like me," Clyburn told reporters on Wednesday. "I didn't come here at 28 because laws wouldn't allow me to be here. So don't tell me how late it was. I started late because of the laws of this country."

Others in the party, like rising star Rep. Joe Kennedy, D-Mass., simply blamed the unpredictable nature of elections.

"It is the message that comes out of every election," Kennedy said. "There's two ways to run a race, unopposed or scared."

But Kennedy said Democrats could learn from the shock of Tuesday night in New York.

Referring to what he sees as frustration of both Democrats and Republicans with Washington, Kennedy suggested: "It's worth spending some extra time making sure that every member of Congress is doing what they need to do to represent the aspirations and concerns of their district."