Accessibility links
U.K. Supreme Court Rules It's Unfair To Offer Civil Unions Only To Same-Sex Couples A London couple has been fighting to open up civil unions to straight couples. Britain's Supreme Court ruled in their favor on Wednesday, although the decision does not automatically change the law. 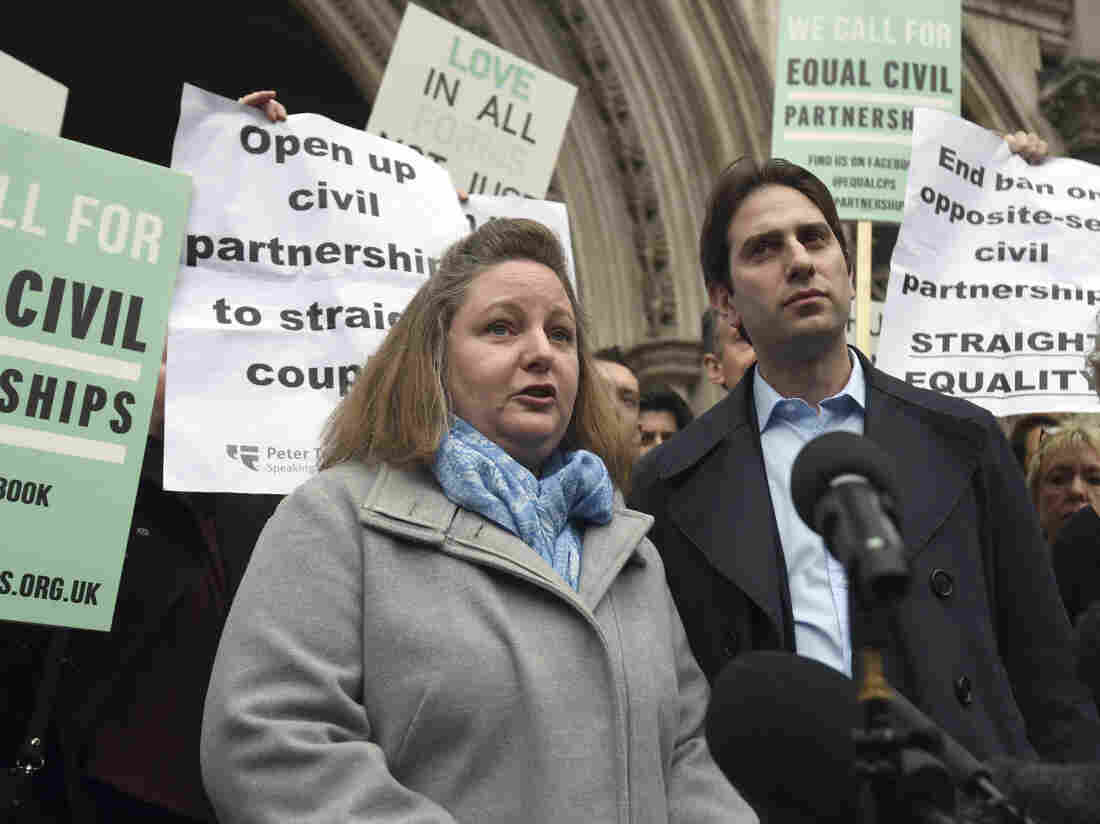 Rebecca Steinfeld, left, and Charles Keidan, shown outside London's Royal Courts of Justice in 2017, wanted their relationship recognized in law without the "patriarchal baggage" of marriage. They said they faced discrimination because only same-sex couples were eligible for civil partnerships. Charlotte Ball/AP hide caption 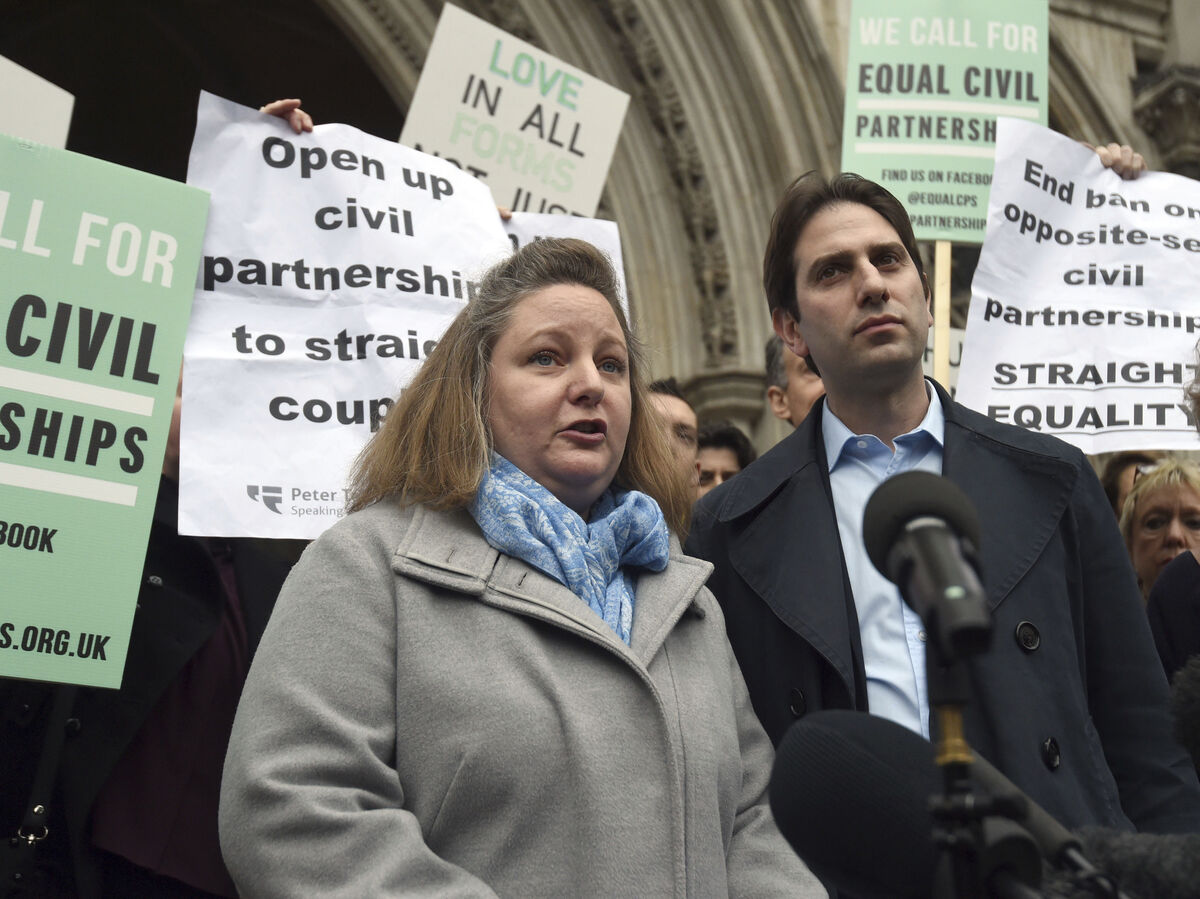 Rebecca Steinfeld, left, and Charles Keidan, shown outside London's Royal Courts of Justice in 2017, wanted their relationship recognized in law without the "patriarchal baggage" of marriage. They said they faced discrimination because only same-sex couples were eligible for civil partnerships.

On Wednesday, Britain's Supreme Court unanimously ruled that heterosexual couples should not be banned from entering civil partnerships and that making them only available to same-sex couples is discriminatory and "incompatible" with human rights laws.

The decision comes after Rebecca Steinfeld and Charles Keidan, a British couple who objected to the traditional institution of marriage because of its "patriarchal nature," fought a legal campaign for years, according to Reuters.

Though the ruling does not require the British government to change the law, supporters are hopeful that the decision could pave the way for more legalized heterosexual civil partnerships.

In a joint statement reported by The Guardian, Steinfeld and Keidan said:

"We have fought this battle not only on our own behalf but for 3.3 million unmarried couples in England and Wales. Many want legal recognition and financial protection, but cannot have it because they're not married and because the choice of a civil partnership is not open to them. The law needs to catch up with the reality of family life in Britain in 2018."

Civil partnerships were first established for same-sex couples in Britain in 2005, which ensured similar legal rights provided to married heterosexuals.

The BBC reported that both same-sex marriages and civil partnerships provide "equal legal treatment in matters including inheritance, tax, pensions and next-of-kin arrangements."

Both types of unions follow the same rules when they are dissolved, except that adultery cannot be used as evidence in civil partnerships, the BBC notes. Another distinction is that civil ceremonies don't require an exchange of vows and must not have a religious component, according to the broadcast company.

Same-sex marriage has been legal since 2014 in England, Wales and Scotland, giving same-sex couples the choice to either get married or enter a civil partnership — a choice not available to heterosexual couples. Consequently, heterosexual couples, like Steinfeld and Keidan, experienced "an inequality of treatment," the ruling document explains.

In 2014, when the Marriage (Same Sex Couples) Act came into force, Parliament "consciously decided to not abolish same sex civil partnerships or to extend them" to heterosexual couples, despite understanding that it would bring about inequality based on sexual orientation, according to the court document.

But the status quo is discriminatory, the court ruled.

Reuters reports that Prime Minister Theresa May told parliament that she would consider the ruling with "great care."