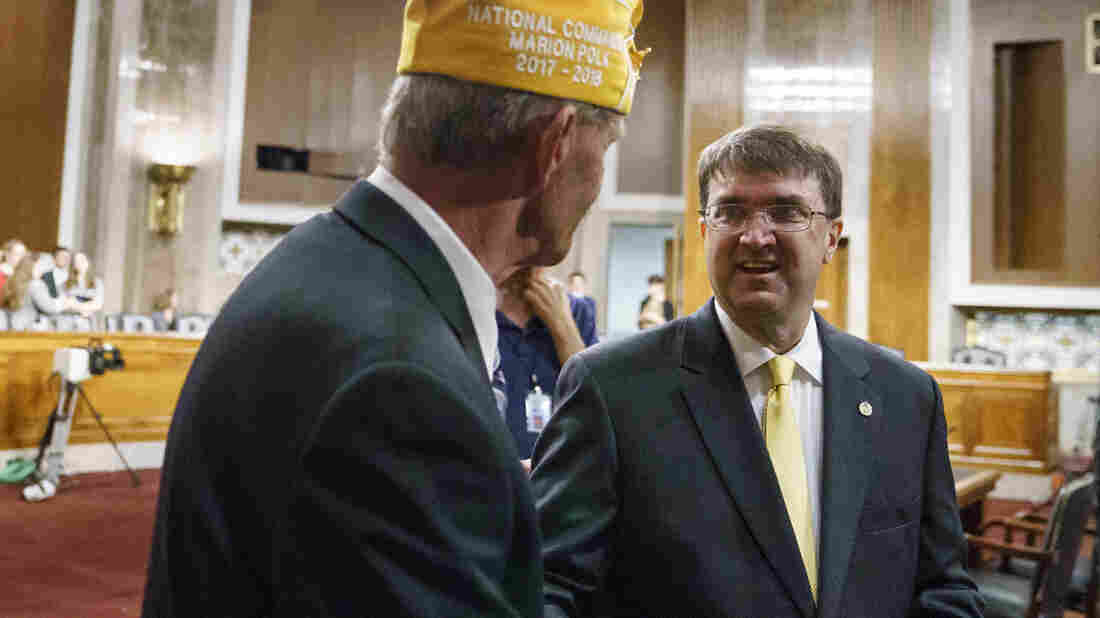 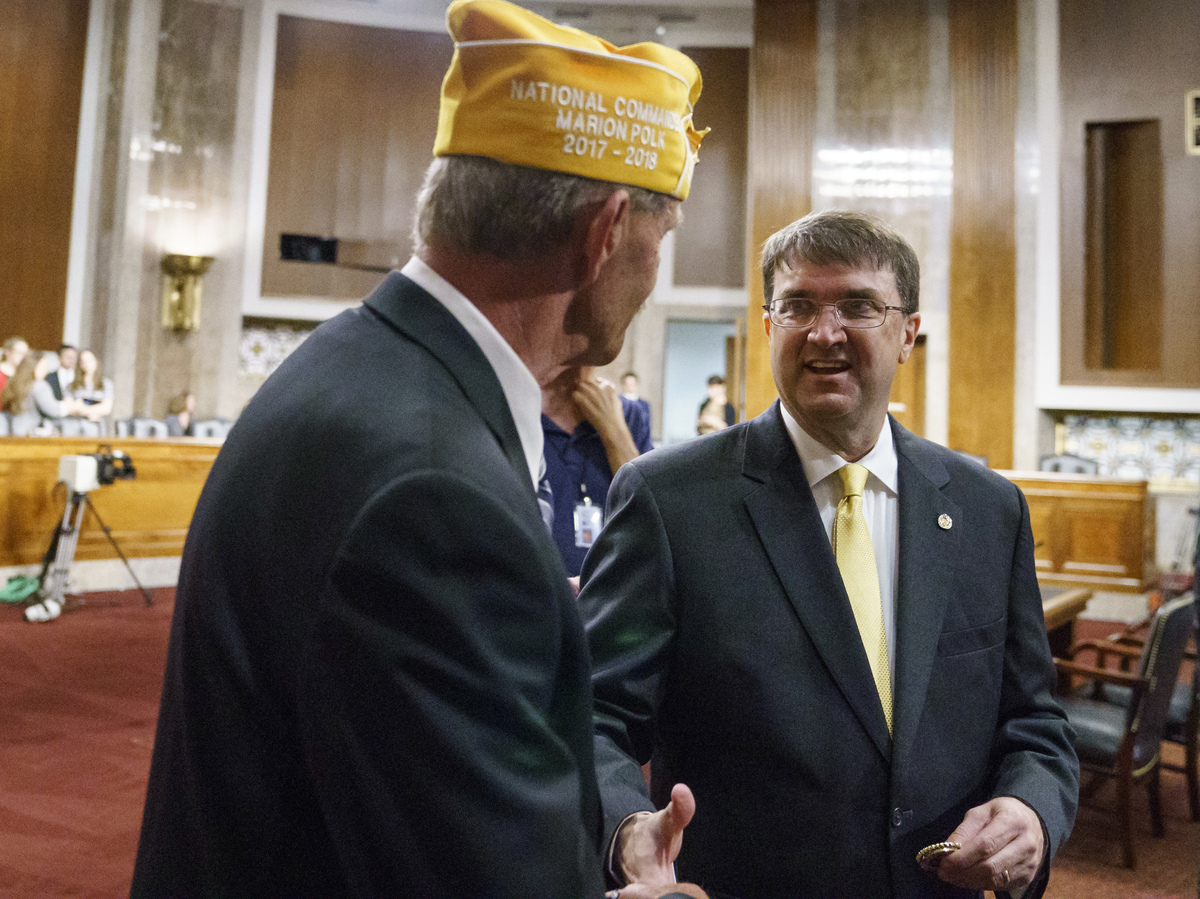 His next pick Robert Wilkie was seen as uncontroversial, with decades of Washington experience. On Wednesday, Wilkie had a relatively smooth confirmation hearing.

Wilkie is a veteran of the U.S. Navy and currently an officer in the U.S. Air Force Reserves, though he's more identified as a veteran Washington official. He has worked as a Republican Senate staffer and in the Pentagon under President George W. Bush. Wilkie was already confirmed by the Senate late last year to his current Pentagon post as under secretary of defense for personnel and readiness.

Wilkie served briefly as acting VA secretary and got good reviews from Congress for helping shepherd through several major reforms. Now, he'll have the challenge of trying to implement those reforms, which are already putting the White House and Congress at odds over funding and congressional oversight.

This week The Washington Post reported on controversial comments made by Wilkie when he worked for Republican Sen. Jesse Helms of North Carolina, and others, and Wilkie's previous support for Confederate veterans organizations. He was also involved in implementation of President Trump's ban on transgender recruits to the military. While both issues were raised at the hearing, influential senators on the VA committee had indicated they would not derail the nomination

The Department of Veterans Affairs provides health care to about nine million veterans — it's the largest health care network in the country and the second largest federal department after the Pentagon.