Accessibility links
Trump-Putin Meeting To Take Place July 16 "Maybe something positive will come out of it," the president said. The two leaders will meet in Helsinki.

President Trump Set To Meet With Russia's Putin On July 16

President Trump Set To Meet With Russia's Putin On July 16 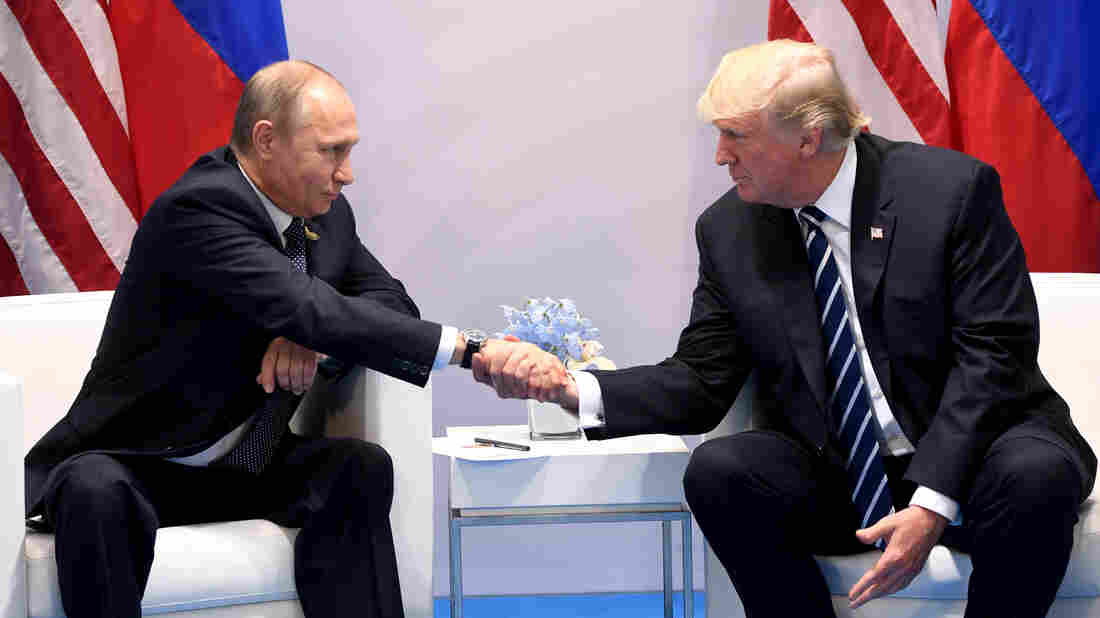 President Trump and Russian President Vladimir Putin shake hands during a meeting on the sidelines of the G20 Summit in Hamburg, Germany, on July 7, 2017. The two leaders are expected to meet again over the summer. SAUL LOEB/AFP/Getty Images hide caption 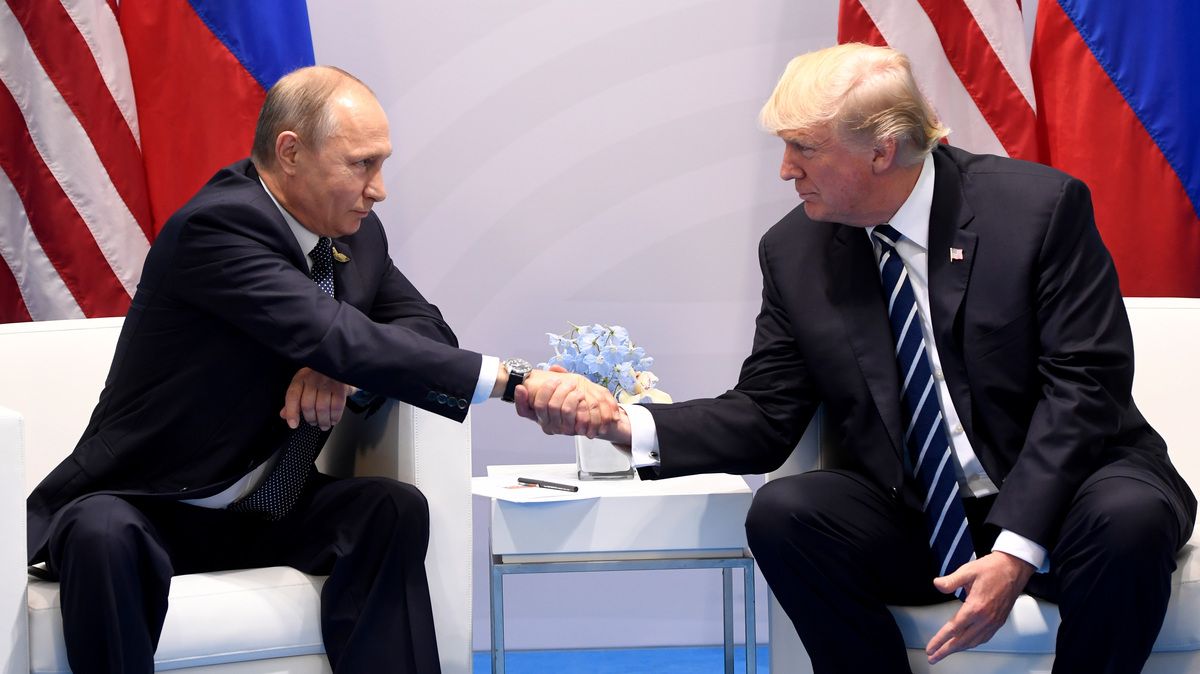 President Trump and Russian President Vladimir Putin shake hands during a meeting on the sidelines of the G20 Summit in Hamburg, Germany, on July 7, 2017. The two leaders are expected to meet again over the summer.

President Trump and Russian President Vladimir Putin will discuss relations between the United States and Russia and a range of national security issues when they meet in Helsinki on July 16.

The meeting will follow a NATO summit in Brussels on July 11.

Plans for the summit came into focus after Trump's national security adviser, John Bolton, met with Putin in Moscow on Wednesday.

Bolton told reporters in Moscow the summit agenda would include a variety of issues, including arms control, but the meeting would not necessarily produce any specific agreements.

He acknowledged that any meeting with Putin is likely to generate some "political noise" in the U.S., where Trump has been dogged by a special counsel's probe into Russia's interference in the 2016 presidential election.

"A lot of people have said or implied over time that a meeting between President Trump and President Putin would somehow prove some nexus between the Trump campaign and the Kremlin, which is complete nonsense," Bolton said. "The president recognizes there may be some criticism of this decision to have the meeting. You've heard some of it here today. But what must guide his conduct of American foreign policy is the pursuit of American national interests. And he judges — correctly in my view — that this bilateral summit between himself and President Putin is something he needs to do and will do, regardless of political criticism at home."

Bolton said he discussed Russia's election meddling during his meeting with Putin and he expected that it would come up again when Trump and Putin meet. U.S. intelligence agencies say Russia intervened in the campaign to boost Trump's chances, although Putin denied that when the two leaders have met in the past.

Before a G7 meeting earlier this month, Trump suggested that Russia should be invited to rejoin the group. Russia was kicked out of what was then the G8 in 2014, in retaliation for the country's invasion of Crimea.

Bolton said he didn't discuss G8 membership with Putin but it could come up during the summit with Trump. Most other G7 leaders have rejected the idea of letting Russia back in, although Italy's new prime minister appeared to entertain the suggestion.

Despite international sanctions against Moscow for its actions in Ukraine, Syria, and elsewhere, Bolton noted that world leaders have continued to meet with Putin.

Bolton himself was critical of engaging with Russia before he joined the Trump administration. But he suggested reporters shouldn't dwell on his earlier commentary.

"I don't really address what I've written in the past or what I've said on television," Bolton said during his Moscow news conference. "Right now, I'm an adviser to President Trump. It's his agenda that we're pursuing. And that's the agenda that I intend to advance."