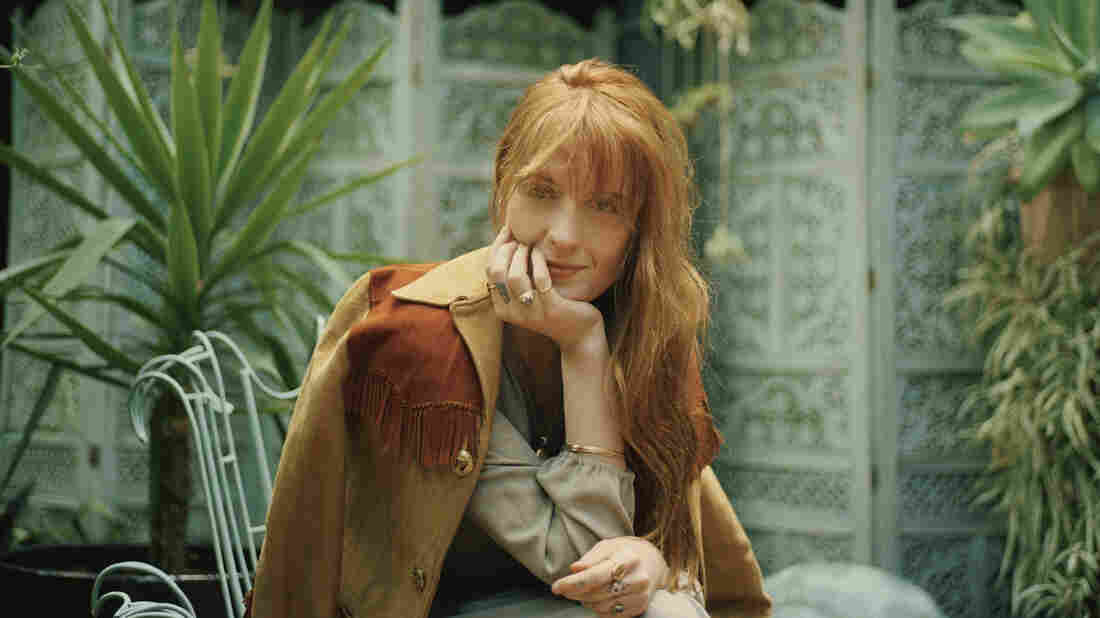 "I used metaphor a lot in earlier work to hide what it was that I was actually trying to say," Florence Welch says. Vincent Haycock/Courtesy of the artist hide caption 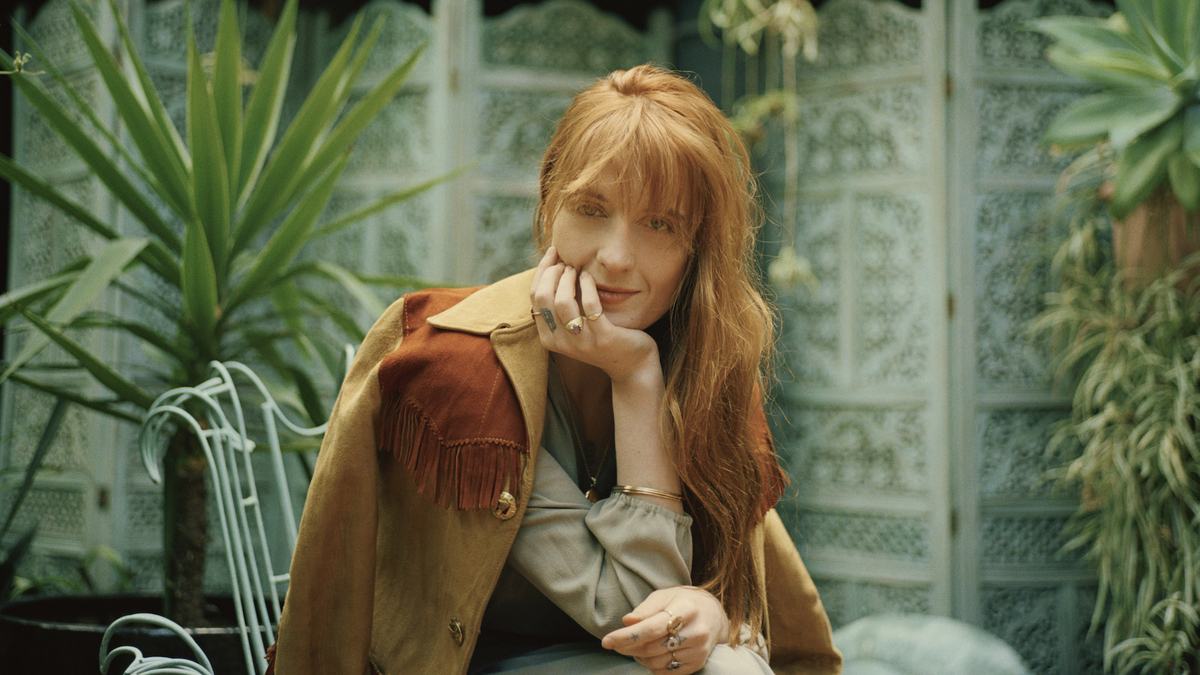 "I used metaphor a lot in earlier work to hide what it was that I was actually trying to say," Florence Welch says.

Vincent Haycock/Courtesy of the artist

Florence Welch is no stranger to making music out of life's emotive messes. As the lead vocalist of Florence + The Machine, the British-born indie pop star was introduced to the world stage back in 2008 thanks to "Dog Days Are Over," a primal and joyous romp about sudden, in-the-moment bliss. But her latest album High as Hope, out June 29, pulls from her adolescence. The album gathers up a collection of Welch's intimate teenage memories — both the brave and the embarrassing.

She recalls late nights in her hometown of Camberwell in South London, watching local bands and taking part in drunken festivities. She also remembers her younger sister Grace picking up the pieces in Welch's oblivious path of self-destruction. Welch says she's thankful for these "messy and swampy" teenage moments because those are the years that shaped her.

"It was something really special and that period of time formed me as a performer," she says. "Watching those art college bands, watching people drunk and wild and baptizing each other. "

It's been 15 years since then and Welch has recently sworn off the partying lifestyle all together. But as she looks back on those times, it's with grateful laughter. Welch ties the songs of High as Hope together with reflective commentary that time and healing has brought.

Welch spoke with NPR's Ari Shapiro about being "Miss Mess," mending the relationship with her sister and her recent heartbreak. Hear the radio version at the audio link and read their edited conversation below.

Florence Welch: A lot of how this album came together was working with an engineer in South London, which is where I'm from and where I was born. It's where I've always lived. I would cycle to the studio. He is a very kind and patient man who I would say, "OK, just bear with me." I get these lightning bolts of inspiration, and I never know what I've done either, so he has to record it and say, "Can you play that again?" "No. There's no way I can tell you what chords it was. I cannot play it again. I really hope you got it." It adds a kind of visceral quality to the music that I think has worked pretty well for me. 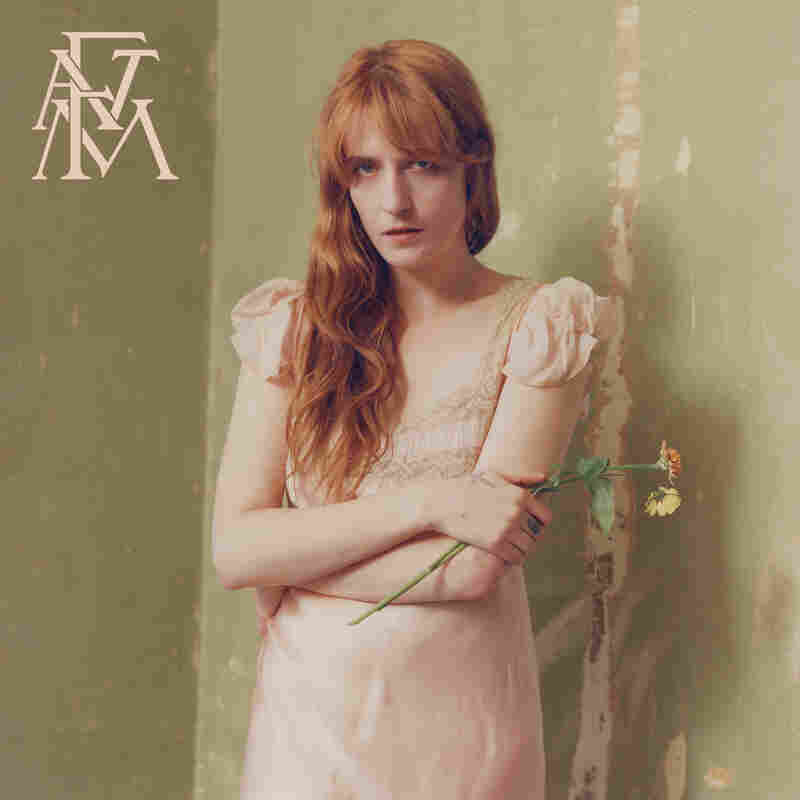 Ari Shapiro: Because you describe riding your bicycle to the studio in the neighborhood where you've grown up, I want to ask you about the song "South London Forever." You travel the world. You've spent a lot of time in New York and Los Angeles. What does this declaration of your roots mean to you?

When I was growing up in Camberwell and I was starting to become interested in music, there was a huge South London music scene going on near the Camberwell arts college. When I was 15 or 16, I was going to the college art squat parties. It all came from going to these nights that were held in pubs. The Joiners Arms [is] a pub in Camberwell and there was a night called Ride'em and Booze. I remember my friend, who I'm talking about in this song, we were in a pretty altered state, but I remember her going up to the DJ and being like, "Play 'Love Will Tear Us Apart!' You have to play 'Love Will Tear Us Apart!'" And the DJ being like, "It's playing! It's playing now!" [Laughs]

Let Florence + The Machine's 'Hunger' Send You Screaming Into The Weekend

This song has such sweet memories of such a messy past — being drunk and high on ecstasy and stumbling around. Do you miss the mess?

My nickname as a baby was "Miss Mess." My dad says it's because he sat at an Italian restaurant with me, and I ate a whole paper tablecloth. So I was called Miss Mess.

It was something really special and that period of time formed me as a performer. Watching those art college bands, watching people drunk and wild and baptizing each other. I understand that whole experience — how messy and swampy — it formed me. But I'm also kind of relieved I made it out as well because if it hadn't been for music, I would still be wasted in Camberwell, I think.

A lot of your songs in the past have had metaphorical, wild images, and this album feels very rooted in literal memories of things you've been through, people you've met.

I think I used metaphor a lot in earlier work to hide what it was that I was actually trying to say. If I could dress up the pain or the guilt or the shame in these sort of cathedral-esque — like dress up the mess. Then when you're further away from the things you're ashamed of, and you've maybe come to a better place with them, it's really much more easy to be truthful in your music because you're not trying to hide. You're like, this is what it is. This is kind of what went down and it takes you into a different form of songwriting, I think.

Ever Get Ghosted? Feel All Your Feelings With Florence + The Machine

The song "Grace" feels so literal and vulnerable. You're just begging for forgiveness, really, I think.

Grace was always the person who was taking care of everybody. She was my younger sister, and she was a very fiery, tough kid. When we were little, I was afraid of everything. I was definitely super, 100-percent sure vampires, ghosts and werewolves were all real, so there was nowhere I could go that would be safe. I would go and get into bed with her even though she was the younger sister. So this dynamic was already set up when we were kids that she was taking care of me. When I went on to have issues with alcohol and all of that stuff, she was always picking up the pieces and it became a big part of her character, I think. But then when you clean up your act, I think a big regret for me, like a really big regret, was that I wasn't able to be there as an older sister to her. A big part of the last four years, which I've been kind of getting myself together, is really trying to be there for her as an older sister.

Can you tell us about the first time you played this for her?

Oh my gosh. I was scared 'cause she's like a tough cookie, and I was like, "What if she's mad at me?" And then I played it for her and she just burst into tears.

I think this record deals with love in a different way.

It makes for great music.

I will destroy us both! Why don't you want to date me? I'm super chill. [Laughs]

I was having difficulties in my relationship when I was making this record, and we did eventually break up. I wrote a few songs about feeling like it wasn't working or whatever, but I just didn't find them interesting anymore because I think I've come to a place with this record where it just didn't feel like that was an important thing to say. Or it felt like there were bigger heartbreaks than my own heartbreak. It like almost transcended the subject material, even while it was happening, I just knew, I'd covered that. So to me, even though I guess it's a consistent theme — the theme of chaos or love or loss — I didn't really find it interesting to me anymore.