Accessibility links
Coachella's Strict Radius Clause 'Sucks The Oxygen' Out Of The Festival World, Lawsuit Argues The largest music festival in the U.S. is being sued over its radius clause. Dave Brooks, Billboard's senior correspondent for touring and live entertainment, explains the details. 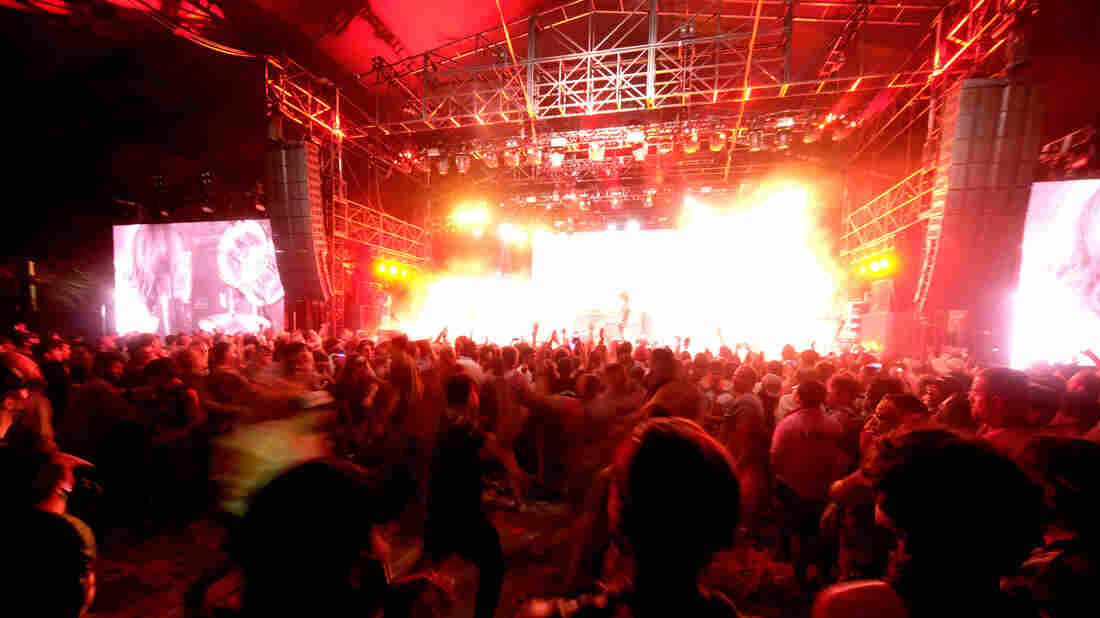 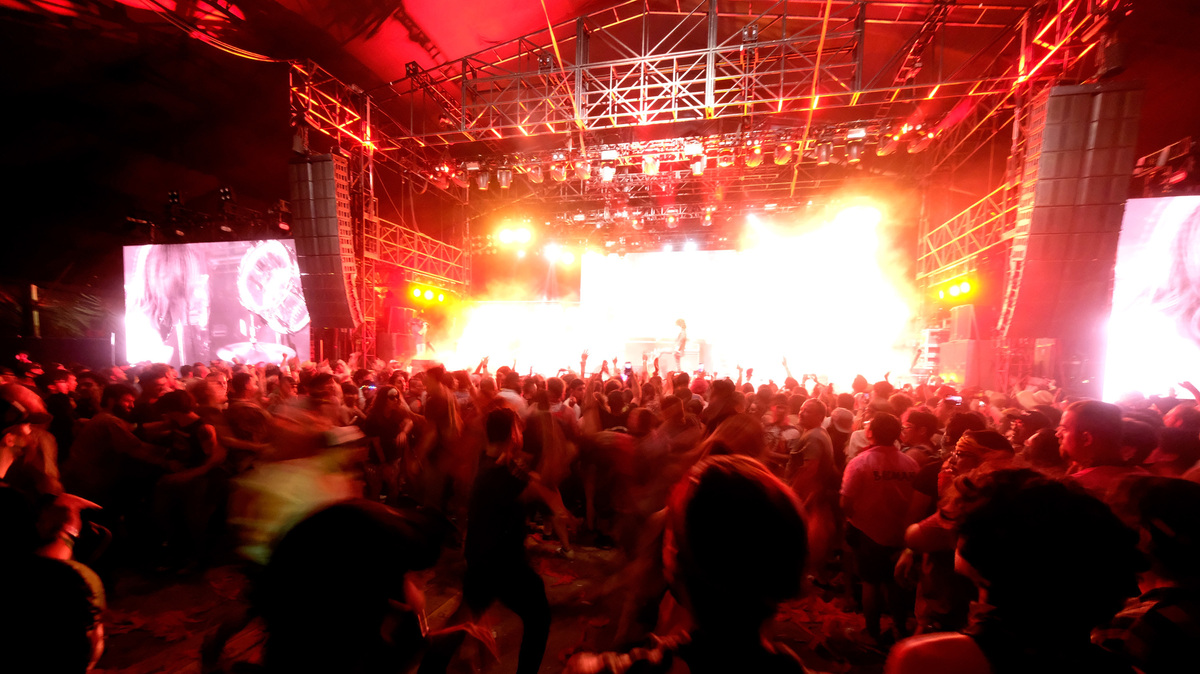 A performance during the 2018 Coachella Valley Music and Arts Festival on April 21, 2018, in Indio, Calif.

Between the blockbuster tours of the biggest pop stars and the crush of music festivals, competition to capture the attention of music lovers is fierce. One festival has employed a controversial approach to ensuring that theirs is the hottest ticket of the year: Coachella. Documents show that live music presenter Goldenvoice demands that artists who want to play at Coachella Valley Music and Arts Festival, held in Palm Springs, Calif. every April, are not allowed to perform at any other festival for months preceding the big show.

But this past April, the organizers of Soul'd Out Music Festival in Oregon filed a federal lawsuit against Goldenvoice producers over Coachella's radius clause — the contract that prohibits artists from playing at any other festival from Dec. 15 to May 1. Coachella's clause prevents Soul'd Out bookers from securing acts for its own festival. While the conditions of the clause were first reported to extend to only to five Western states — California, Oregon, Washington, Nevada and Arizona — new details have emerged in the lawsuit that reveal that clause encompasses a much larger region. As Dave Brooks, senior correspondent for for touring and live entertainment at Billboard explains, the goal of this clause is to guarantee exclusivity.

"You can almost think of the radius clause for Coachella as somebody took out a map, drew a circle around it and said, 'If you want to play Coachella, you're not allowed to play within this radius of cities for X amount of time," Brooks says. "In Coachella's case, that happens to be all of North America."

With Coachella being the largest music festival the U.S. and the trendsetter for all other festivals, Brooks says Coachella's radius clause "sucks the oxygen" out of the live events world for smaller fests taking place months before.

From the point of view of the musicians, there are also restrictions in the radius clause about when an artist can announce a tour in relation to the festival. But, of course, for acts with enough star power, there are ways to get around this clause.

On The Run Again, With More Baggage

"In the music industry, clout is still the currency by which so much of this stuff gets decided," Brooks says. "A great example is Beyoncé ... she was able to announce the On The Run II tour with Jay-Z months before Coachella actually took place."