Accessibility links
'Leave No Trace' Stays With You Will (Ben Foster) and daughter Tom (Thomasin Harcourt McKenzie) live off the grid — until the authorities find them — in a grounded, sharply observed film from the director of Winter's Bone. 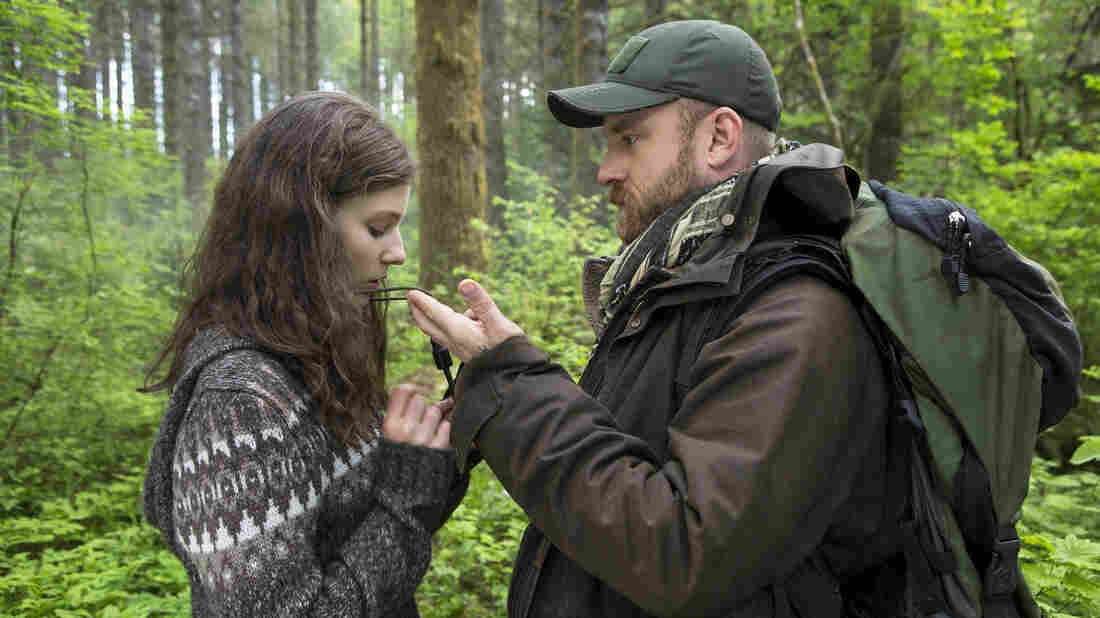 Grid? Can't Bear It: Tom (Thomasin Harcourt McKenzie, L) and Will (Ben Foster, R) take to the woods ... and get taken from them, in Leave No Trace. Scott Green/Bleecker Street hide caption 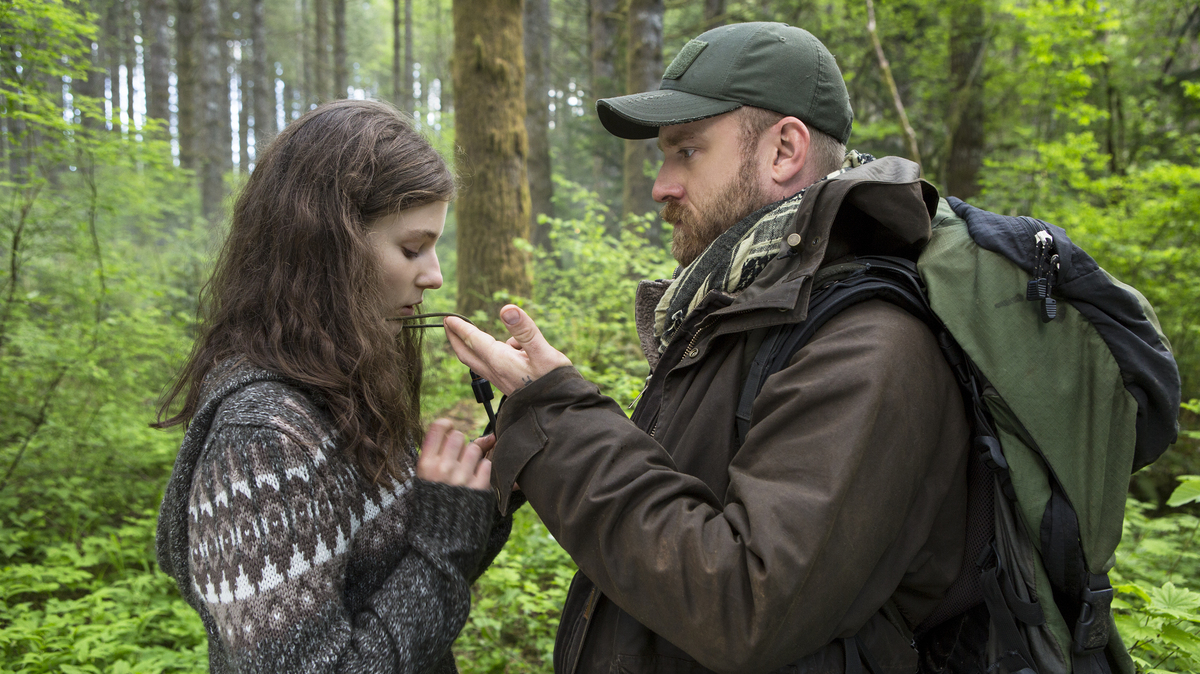 Grid? Can't Bear It: Tom (Thomasin Harcourt McKenzie, L) and Will (Ben Foster, R) take to the woods ... and get taken from them, in Leave No Trace.

It's a phrase you hear a lot in and around our National Parks — it's the camper's creed, the standard they hold themselves up to: That while enjoying the scenery, you should leave your site exactly as pristine as you found it.

Director Debra Granik's new movie Leave No Trace is about a father and daughter who take that notion further than most. It's a film about being on the run, even when no one's in pursuit.

We meet Will (Ben Foster) and his 13-year-old daughter Tom (Thomasin Harcourt McKenzie) as they're collecting mushrooms and edible leaves, filtering rainwater, shaving sticks to start a fire. The two are way, way off the grid, isolated in a forest that looks and feels like it's miles and miles from civilization.

But then ... comes the buzzing of chainsaws.

A Saga In The Ozarks, Suited For The Screen

An Ozarks Alice In A Meth-Battered Wonderland

Immediately, and with a clearly well-practiced efficiency, they drop everything, head from their campsite into the underbrush and, within seconds, are invisible. They're good at disappearing. They do it whenever the outside world encroaches, and have been doing so for years. Tom's pretty much grown up in these woods, vanishing whenever the need arises.

But this time, it's different than all those practice runs, all the drills Will has had them go through. Because this time, she gets spotted. And a bit later, when they hear dogs, it's clear that whoever spotted her has reported it to the authorities.

Granik, who directed 2010's excellent Winter's Bone, is adapting a 2009 Peter Rock novel called My Abandonment — which, like Winter's Bone, is a story told from the point of view of its young heroine. Leave No Trace maintains that focus: It locates us squarely in her head, so we feel her growing distress once social services get involved. Even with the best intentions, they disrupt what has been for her a stable if isolated existence.

We learn that something drove Will to drag himself and his daughter into the woods — something that probably has a lot to do with his military background, and the nightmares that awaken him screaming most nights.

The authorities — compassionate and sensitive — do their best to provide support while leaving the two alone. It's a strategy father and daughter take differently to, dad being broken, his child not.

Played warily by a grizzled Foster, Will watches and waits, never giving away his feelings. McKenzie gives daughter Tom a riveting stillness that thaws into adolescence as she encounters pet rabbits, beehives, a boy.

A split between them was always coming, regardless ... biology would see to that.

But the filmmaker creates — often without words — a portrait of a relationship that's grounded and solid, even when father doesn't know best. Leave No Trace treads softly, breaking not a twig ... but boy, do you know it's been there.