Accessibility links
Wisconsin Hopes Foxconn Will Make It A Digital Hub, But Skepticism Abounds President Trump, who will attend the plant's groundbreaking Thursday, sees Foxconn as part of a new revival in U.S. manufacturing, but the state had to fork over billions to lure the company. 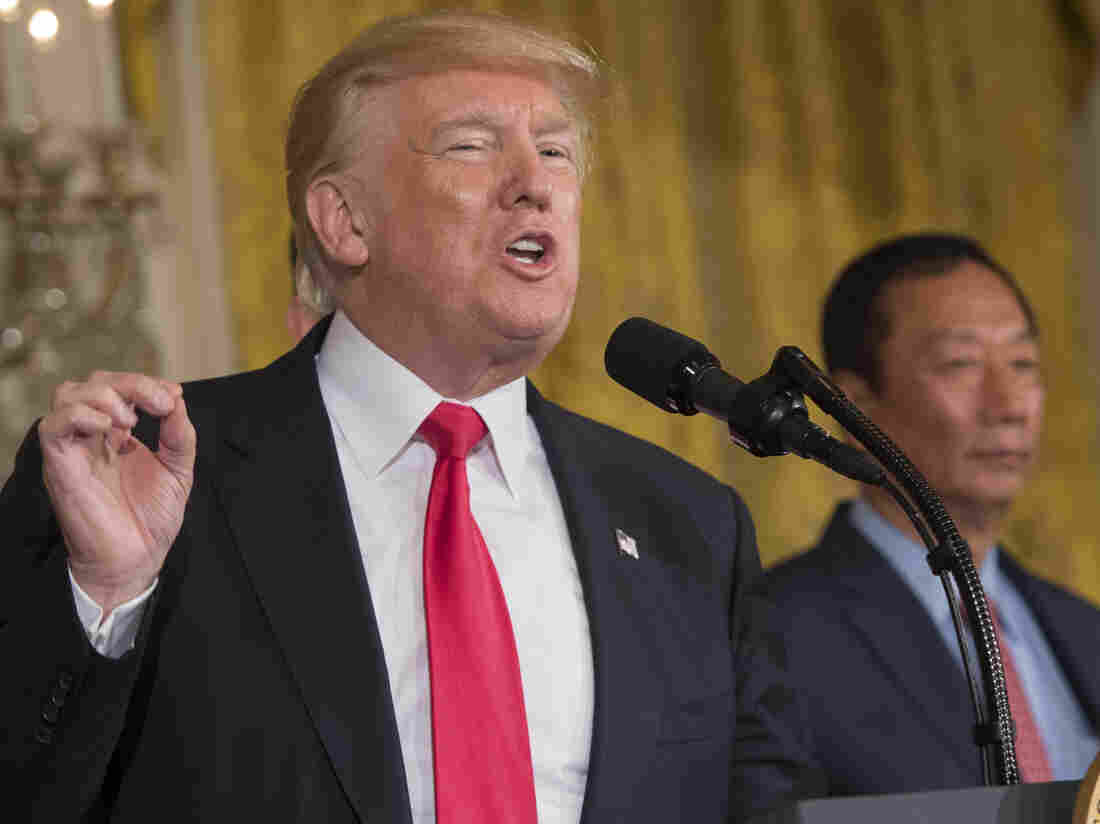 President Trump speaks at the White House alongside Foxconn Chairman Terry Gou during an announcement last July that the electronics supplier will open a manufacturing facility in Wisconsin. Saul Loeb/AFP/Getty Images hide caption 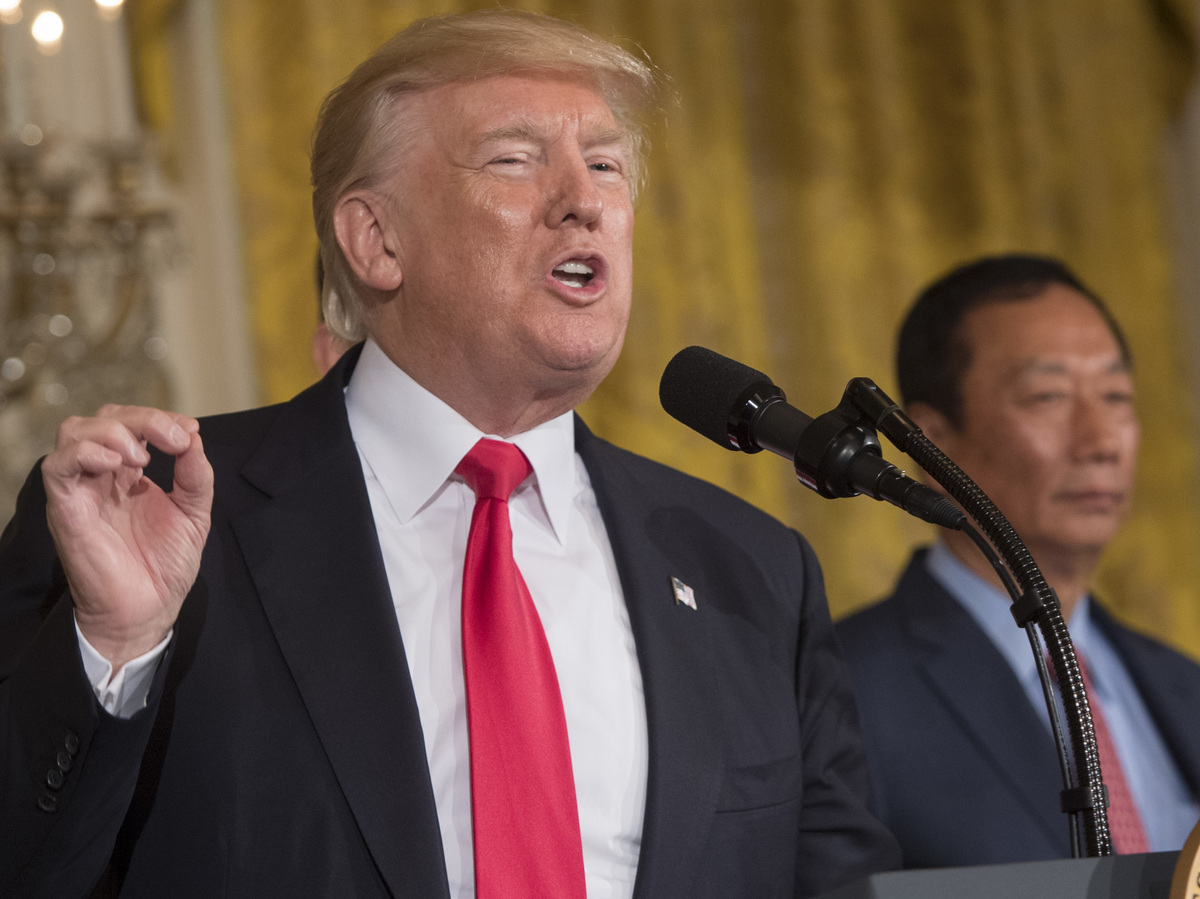 President Trump speaks at the White House alongside Foxconn Chairman Terry Gou during an announcement last July that the electronics supplier will open a manufacturing facility in Wisconsin.

President Trump travels to Wisconsin on Thursday, for the groundbreaking of an enormous Foxconn electronics plant that state officials hope will help turn the region into the next Silicon Valley.

But the $10 billion plant faces continuing skepticism over the nearly $4 billion package of incentives that state and local officials paid out to lure the Taiwan-based company to the area a half hour south of Milwaukee.

Foxconn has promised to hire 13,000 employees at the plant, which will make liquid-crystal-display screens for televisions and computers, and state officials say that should lead to hiring by other companies.

"This is a significant impact that will ripple across the state," says Tim Sheehy, president of the Metropolitan Milwaukee Association of Commerce.

"This really starts to identify Wisconsin and the metro Milwaukee area as home to a new digital technology that's not being manufactured in the United States, so we see significant follow-on investment and the ability to develop a new digital economy," Sheehy says.

Trump has held up the new plant as emblematic of the kind of manufacturing revival he envisions for the country as a whole. He has also taken credit for the deal.

But critics say Foxconn has sometimes made similar jobs promises in places such as Brazil, without following through, and they question the estimated $3.7 billion in incentives paid.

A 2017 report from the non-partisan Wisconsin Legislative Fiscal Bureau said the state's investment may not begin to pay off until 2043.

"It's the largest taxpayer subsidy of a foreign corporation in U.S. history by a state, and I think a lot of people in Wisconsin are skeptical about this kind of economic development in general," says Gordon Hintz, Democratic leader of the state assembly.

A Marquette University Law School survey found considerable skepticism, even among Republicans, about whether the plant was worth what it would cost the state.

"A large majority, two to one, think whatever Foxconn may be doing positively for the Milwaukee area is not something that's going to carry over into their area," says Charles Franklin, the survey's director.

Gov. Scott Walker, who is running for a third term, hopes the plant will answer critics who say Wisconsin's growth has lagged behind the country as a whole.

"Absolutely it's worth it," he told Fox Business Network last year. "This is transformational. These LCD displays will be made in America for the very first time, right here in the state of Wisconsin."