Accessibility links
Reuniting Families Separated At The Border Proves Complicated A volunteer in Baltimore spends her days trying to reconnect migrant children and parents who have been separated and detained. One story illustrates why it is not necessarily simple. 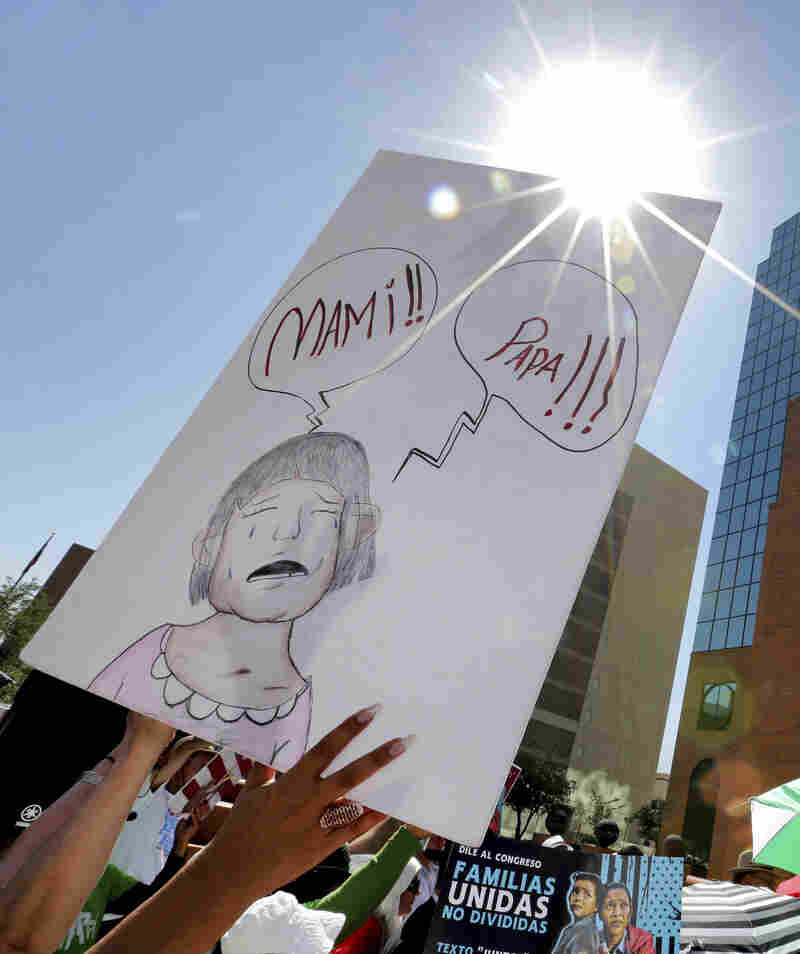 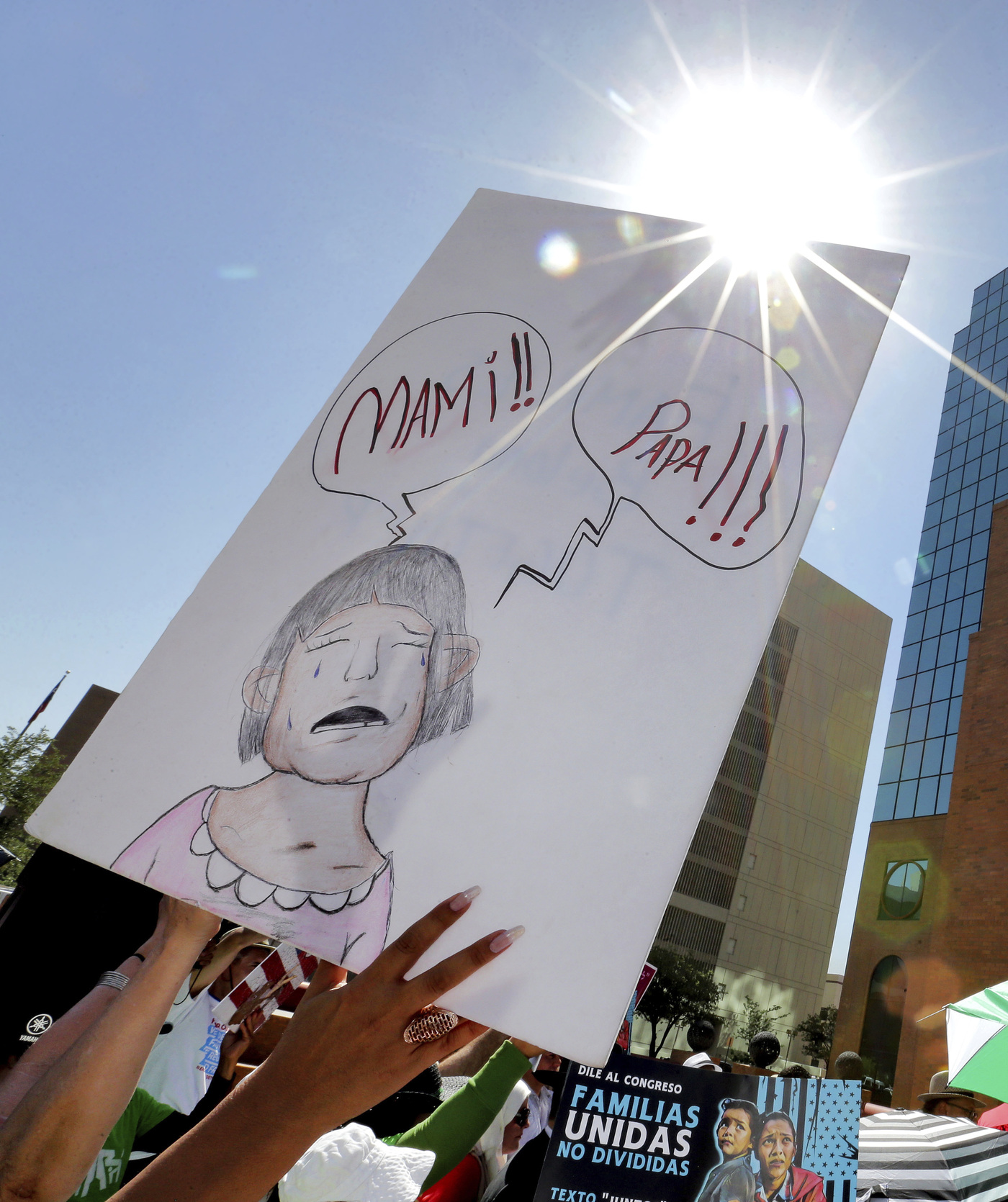 People protest immigration separation policies outside Federal Court on Tuesday in El Paso, Texas. Cases of children and families seeking refuge were being heard inside the courthouse.

The Trump administration is on a deadline to reunite families separated at the southern border. On Tuesday, a federal judge ruled that all families have to be reunited within 30 days. But advocates and activists who have already been trying to reconnect individual migrant children with their parents say their experiences suggest the process of reunification will be complicated.

A case in point is Emily Kephart, who works for a nonprofit called Kids in Need of Defense, or KIND.

Kephart is based in Baltimore, but she spends her days on the phone with people in Central America, running a program that helps migrant kids in the U.S. who are headed back to their home countries — either by choice or by deportation.

"Making sure that they get connected to community support services once they get back," Kephart explains.

Two weeks ago, she got an unexpected email from Guatemala about a 6-year-old girl.

"This kid is separated from her family," recalls Kephart. "A month has gone by. And nobody has any information about where she is."

A Latino Nonprofit Is Holding Separated Kids. Is That Care Or Complicity Or Both?

Back in mid-May, the girl and her father had attempted to migrate to the U.S.

"They were separated when they entered the U.S. and detained separately. And as of then nobody had heard anything about where the girl was, who she was with, how she was doing."

The father, who is still in ICE detention, had at least managed to alert his family back in rural Guatemala. Through word-of-mouth, the family had finally reached a local community group that happens to be one of the ones Kephart has worked with.

Kephart's first move was to call the hotline maintained by the Office of Refugee Resettlement — the U.S. government agency to which U.S. Customs and Border Protection had been transferring migrant children when it detained their parents at the border.

Kephart gave the operator the girl's name and date of birth. The operator typed it into a database. Then there was a pause.

"She can't find the girl in the system," Kephart says.

It was as if this girl never existed. But then there was a clue.

Baltimore Group Caring For Migrant Children, Working To Reunite Them With Parents

Baltimore Group Caring For Migrant Children, Working To Reunite Them With Parents

"She does eventually say to me, you know, there's a girl coming up in the database whose first name is spelled differently and whose date of birth is like a month off. This could be your girl."

But that is all the operator would say. She told Kephart she wasn't allowed to reveal where this girl with the similar name was being held.

"[I was] so frustrated," Kephart says. "I felt like we were hitting a bureaucratic wall."

It was the same 6-year-old girl. The shelter had been told she had been separated from a parent, but that's all. "We've been — we don't have anything to go on!" Kephart says the case manager exclaimed. "I'm so glad to talk to you."

Now that the father and daughter have been matched, the shelter has been trying to coordinate a phone call between them. But with the father still in detention, that's proving complicated.

They're also working to set up a call with the girl's mother back in Guatemala. But here, too, there have been delays because they first needed to verify the mother's identity. Kephart managed to get a copy of the girl's birth certificate from the family and send it on to the case manager. But the first version was too blurry.

"We're talking about a phone picture sent by phone and then by email," she notes.

The upshot: At least five weeks since the girl was taken from her father, she still hasn't spoken to anyone she knows.

There's another wrinkle. This family doesn't speak Spanish very well — only an indigenous Mayan language. That means it's unclear how well anyone has been communicating with this little girl.

"The systems that are in place are absolutely not equipped to deal with this," Kephart says.

And, she notes, this girl is only one of at least 2,000 children still waiting to be reunited with their parents.