U.S. Military Joins The Search For Thai Children Trapped In A Flooded Cave

U.S. Military Joins The Search For Thai Children Trapped In A Flooded Cave 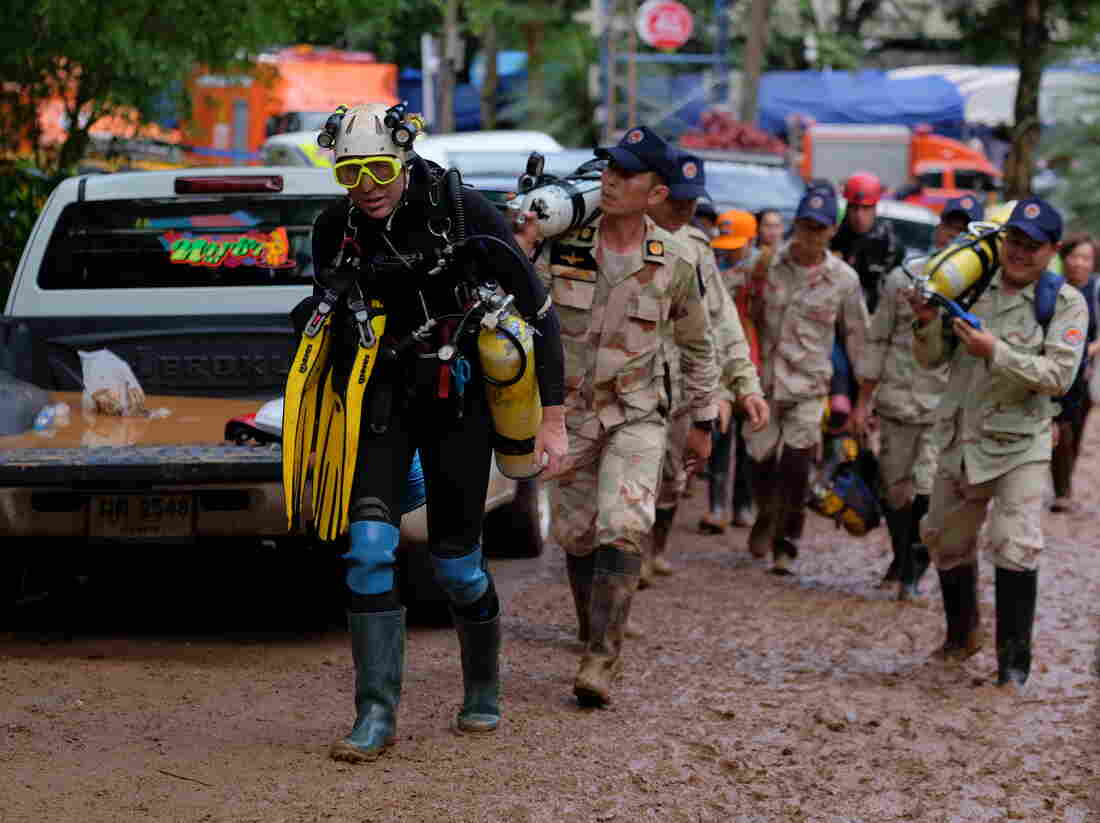 British cave-diver John Volanthen walks out of the flooded Tham Luang cave on Thursday. Rescue teams in Thailand have been working around the clock to save 12 boys and their soccer coach who went missing Saturday evening. Linh Pham/Getty Images hide caption 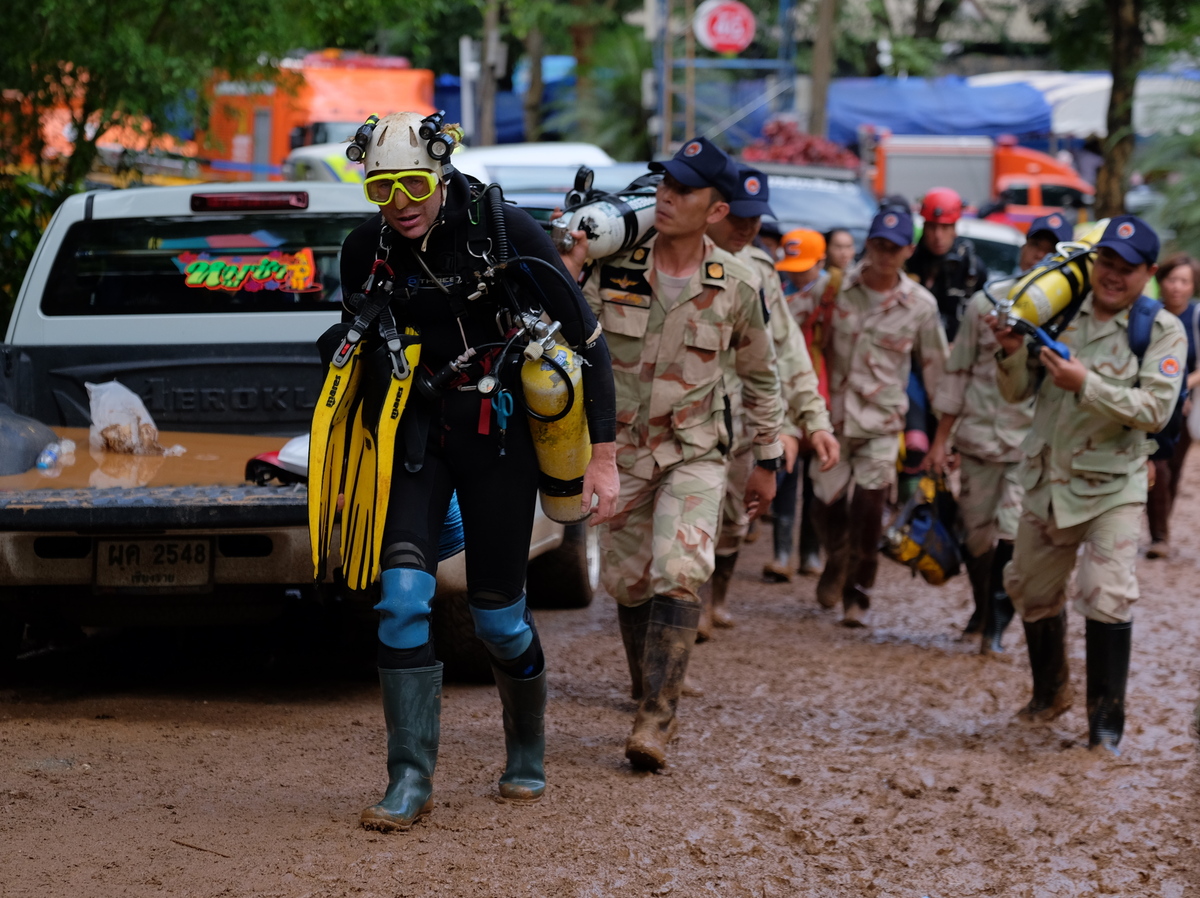 British cave-diver John Volanthen walks out of the flooded Tham Luang cave on Thursday. Rescue teams in Thailand have been working around the clock to save 12 boys and their soccer coach who went missing Saturday evening.

Rain has continued to fall in northern Thailand as attempts to find 12 boys and their soccer coach in a flooded cave grow more desperate.

The boys, aged 11 to 16, disappeared Saturday evening after soccer practice. Their possessions were found outside of Tham Luang cave, near a sign that warned visitors not to enter because of flooding in the rainy season.

Since then, rescue teams that include Royal Thai Navy SEAL divers, soldiers, police, and officials have been working day and night to save them. Authorities believe the boys are alive but trapped on higher ground deep inside the sprawling complex.

And now the United States has arrived. A team from the U.S. Indo-Pacific Command, including pararescue and survival specialists, flew in from Okinawa on Wednesday night, local time.

The search and rescue team came at the request of the Thai government, Jillian Bonnardeaux, a U.S. embassy spokeswoman, told NPR from Bangkok.

"The team is assessing the environment and developing potential courses to move forward with the Thai side," Bonnardeaux said. "I know that we, the U.S. side, are prepared to stay as long as it takes to support the Thai operation." She added that the core team consists of 17 people.

British cave divers also arrived at the site but were unsuccessful in entering the cave because of the incessant rains. Some parts of the complex received up to six inches of water per hour overnight, authorities said.

"The water is rising fast and fills the cave completely," the Thai navy unit posted Thursday on Facebook. "A dive team is on standby and waiting."

The rising water levels also presented an electrical hazard to teams with power cables, so authorities were forced to turn off power and water pumps that were supposed to lower the water levels, The Associated Press reported.

Elite divers had to contort their bodies to get through narrow passages and sharp bends which had flooded to the ceiling with murky water.

"We have to wait for the water level to decrease. [Divers] can't do anything right now," Interior Minister Anupong Paojinda said, according to the AP.

Rescue crews have now begun to explore different options to gain entry into the cave.

Soldiers scoured the hillside from above in search of other entry points that they could rappel into — though rain detracted from their visibility and for a time helicopters could not be used, according to The Bangkok Post.

The Thai military said it would start drilling down from the top of the cave complex to give rescue workers another way in, Michael Sullivan reports from Chiang Rai for NPR.

"We will drill and use an infrared camera that can take photos," Lt. Gen. Kraiboon Suadsong, commissioner of the Police Strategy Office, told The New York Times. "We know the spot where we should be drilling." 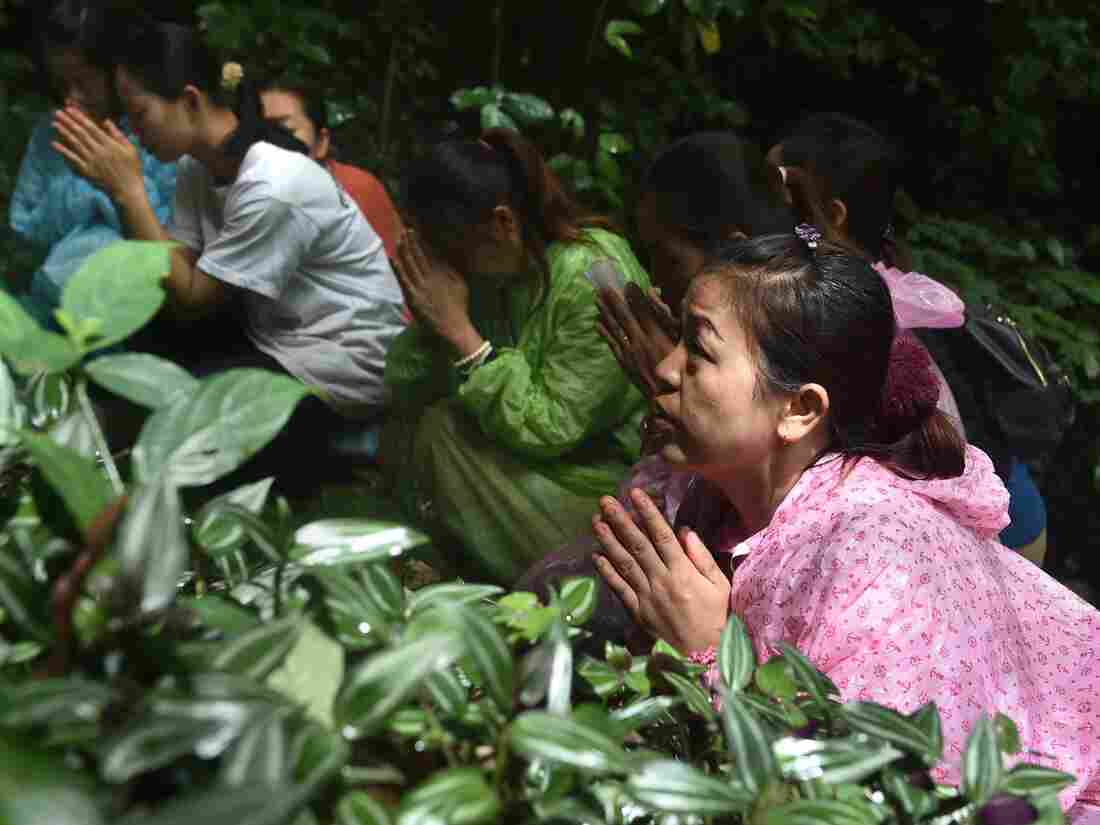 Relatives of the missing boys pray outside of the cave on Wednesday, as rescue personnel continue their frantic mission. Lillian Suwanrumpha/AFP/Getty Images hide caption 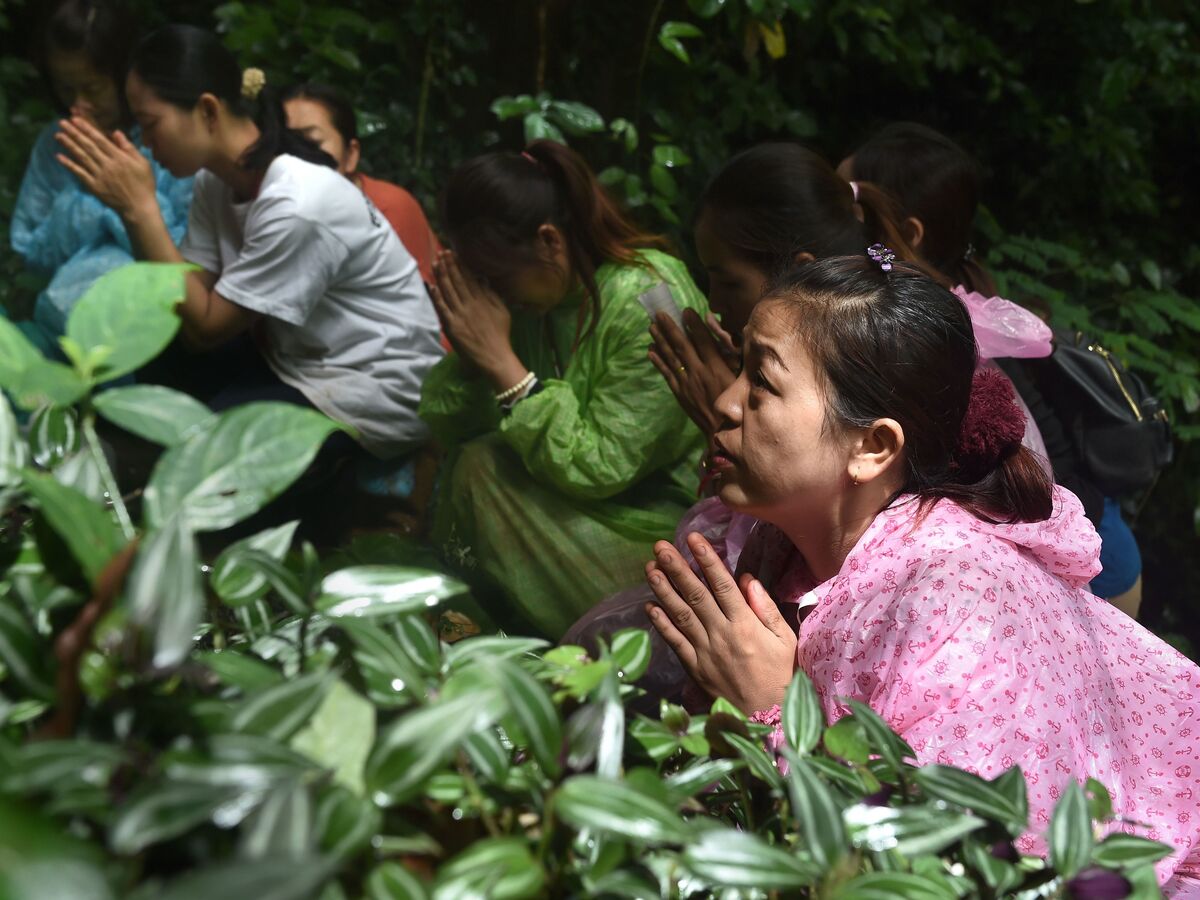 Relatives of the missing boys pray outside of the cave on Wednesday, as rescue personnel continue their frantic mission.

Workers have also started to drain water by drilling a hole near the cave's main entrance.

Meanwhile, relatives of the boys have been camping out near the cave and praying at flower-filled shrines. A father of one of the missing children told Agence France-Presse, "I learned that he was trapped at around 9 p.m. that day. Since then I've been here in front of the cave."

The boys and coach visited the cave before and know the complex well, officials told local media. They reportedly brought flashlights and food into the cave.

As rescue efforts continue, Rain is in the forecast for Friday and Saturday.