Accessibility links
Cape Town Averts 'Day Zero' By Limiting Water Use Authorities in Cape Town say they've averted a crisis as the threat of Day Zero has been zeroed out by stringent limits on water use as well seasonal rainfall. The city will not run dry this year or next.

Authorities in Cape Town say they've averted a crisis as the threat of Day Zero has been zeroed out by stringent limits on water use as well seasonal rainfall. The city will not run dry this year or next. 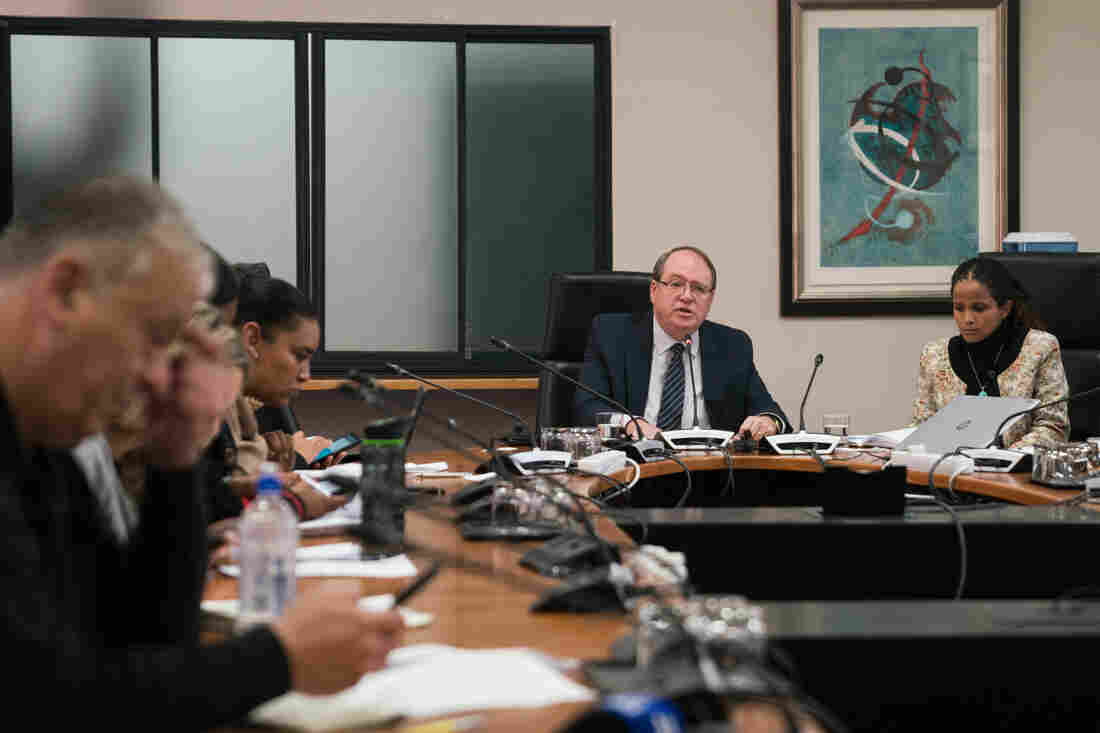 Cape Town Executive Deputy Mayor Ian Neilson speaks at the press conference where he announced Thursday that, if appropriate water restrictions are maintained, there will be no Day Zero for 2019. Claire Harbage/NPR hide caption 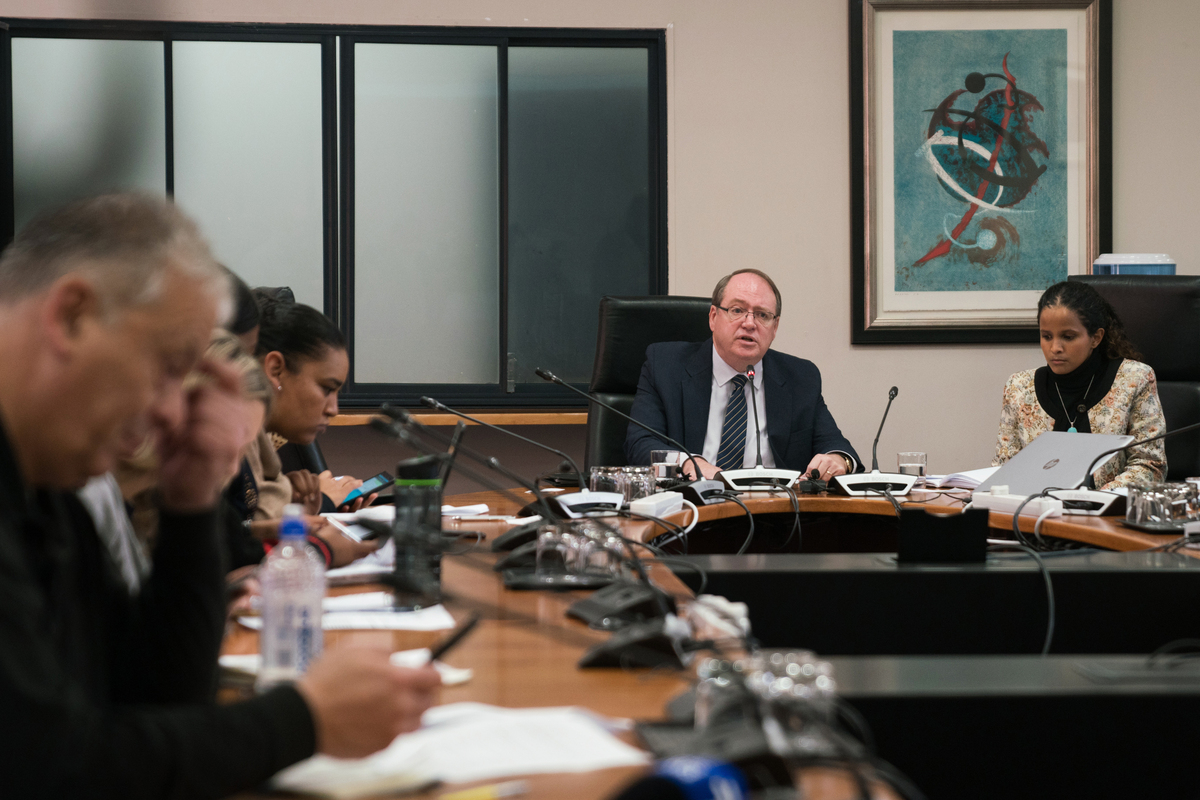 Cape Town Executive Deputy Mayor Ian Neilson speaks at the press conference where he announced Thursday that, if appropriate water restrictions are maintained, there will be no Day Zero for 2019.

The city of Cape Town, South Africa, made a big announcement today. For months, people have been afraid of the dreaded day zero. That's when the taps would run dry and people would have to line up for a daily water ration. Well, this morning, city officials announced that after some heavy rains and extreme cutbacks in water usage, there will be no day zero in 2019 - that is, if people keep up the restrictions they've been practicing.

Our co-host Ari Shapiro was at the press conference today and joins us from the city of Cape Town. Hey there, Ari.

CORNISH: So give us a sense of what it's like day to day with water restrictions.

SHAPIRO: The minute we stepped off the airplane in Cape Town, the first thing we heard was an announcement saying the city is in an extreme drought. Here at our hotel, there is a bucket in the shower so while the water is warming up you can collect whatever's coming out of the showerhead. I mean, Cape Town relies on surface water. They don't really tap into the aquifer or use desalination much. That's slowly starting to change.

But when this drought hit, city officials knew they couldn't find water sources overnight, so the biggest strategy was just to cut usage. Literally city officials drove through neighborhoods that were using too much water with a bullhorn calling them out. In poor neighborhoods where people had leaks, they would fix the leaks for free.

Even with all that, at one point the dams were down to 20 percent of the total level. And Cape Town feared that it would become the first major city in the modern era to run out of water. Today one city official told me Cape Town now wants to be known as the city that saved itself from running out of water.

CORNISH: So is this all about usage, or is there something else that changed here? How did Cape Town get out of this crisis?

SHAPIRO: One big change was after a three-year drought, rains finally arrived. It's winter in the southern hemisphere right now. Dams are close to 50 percent full with more rain expected. But the city also did a lot. They lowered water pressure. They raised water taxes. And people cut their usage by more than half. Today the city is telling people they have to keep doing that. I interviewed the deputy mayor. His name is Ian Nielson. And he said he trusts the people in the city will keep these changes permanent even without the threat of that dire day zero.

IAN NEILSON: The approach we've taken is that a well-informed public is going to make the right decisions. And I think we've been vindicated the last six months by that approach.

CORNISH: So if people are being asked to keep up these extreme conservation measures, how much of a change is this actually going to be for people in Cape Town for the long term?

SHAPIRO: If you'll pardon the pun, I think a huge rain cloud over the city has been lifted today. Here's what Deputy Mayor Neilson said when I asked him about the broader significance of today's announcement.

NEILSON: What we faced over the past year has been a very significant impact on our economy in the city, on confidence in the city because the city was always - one of its key brand is that the services work here. So this is our ability now to reset that.

SHAPIRO: He mentioned to me that there has been a big hit to tourism and to the film industry, and they're hoping now to start rebuilding both of those.

CORNISH: I know a lot of cities have been watching Cape Town through this crisis, right? I mean, what are the lessons that we can take away from it?

SHAPIRO: Honestly, that's one of the reasons we're here on this reporting project. Climate change means severe droughts are going to become more common all over the world. And so other cities may have to learn to do some of the things Cape Town has been doing, whether that's Beijing or Los Angeles. The specifics might vary, but the broad outlines will probably look similar to what Cape Town's doing.