Accessibility links
Army Veteran, Who Had Lost His Arms, Drowns While Paddleboarding At Age 25 Cody Iorns lost his arms in a 2015 motorcycle accident, but with the help of prosthetic limbs and hard work, he became a fixture in the local paddleboarding community.

Army Veteran, Who Had Lost His Arms, Drowns While Paddleboarding At Age 25

Army Veteran, Who Had Lost His Arms, Drowns While Paddleboarding At Age 25 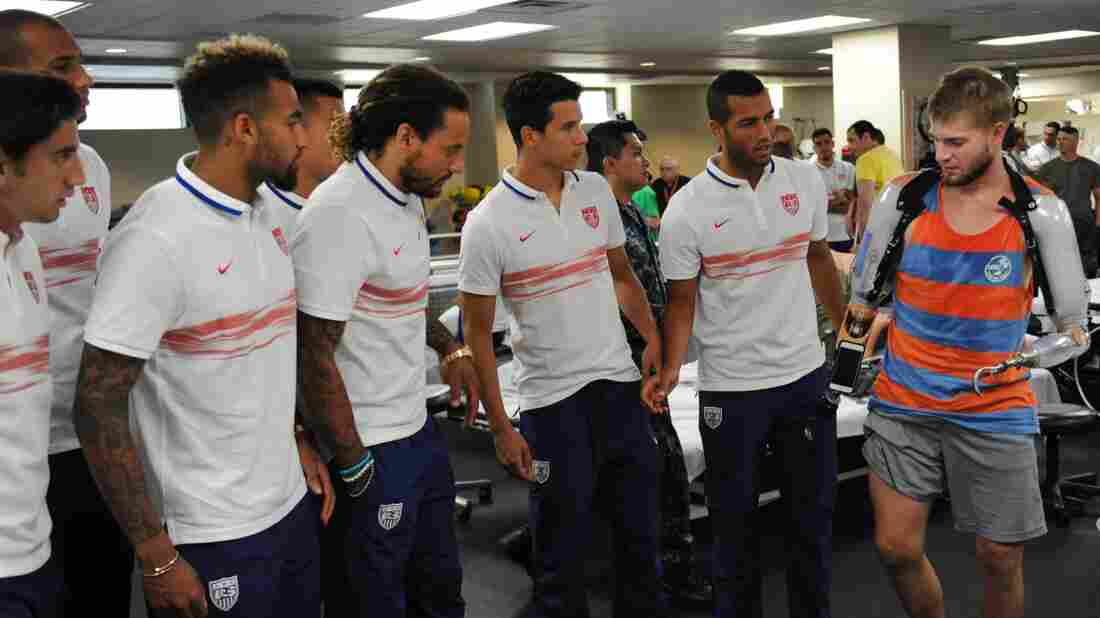 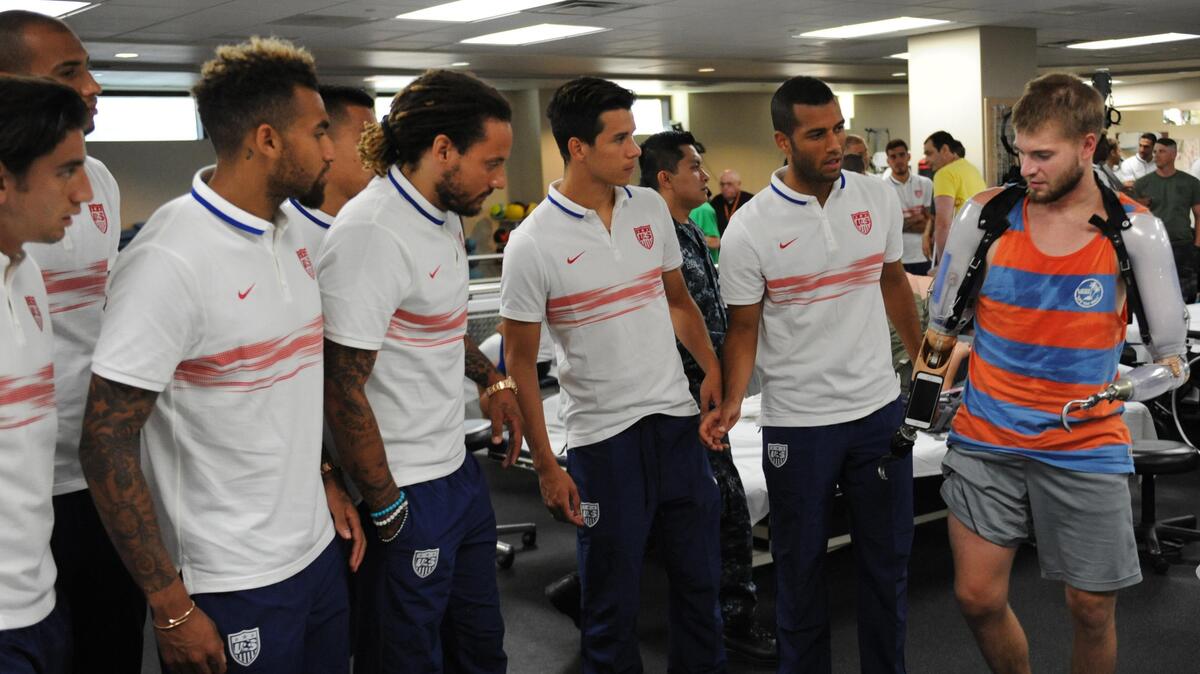 Members of the U.S. men's national soccer team visit with Cody Iorns at Walter Reed National Medical Center in Bethesda, Md., Sept. 3, 2015. Irons drowned Wednesday, at the age of 25, while paddleboarding in the Chesapeake Bay.

Cody Iorns was not one to lie down in defeat.

The Army medic veteran lost his arms following a motorcycle accident in 2015, but fitted with prosthetic limbs, he turned to the water, specifically standup paddleboarding.

The dogged athlete was featured in several news reports, showcasing his rise from adversity, and he became well known in the local water sports community.

Maryland's Office of the Chief Medical Examiner told NPR the cause was accidental drowning.

Iorns set off around 6 p.m. Wednesday with three other paddlers, Thomson said. The plan was to launch from Thomas Point and head toward Spa Creek about five miles away, returning to land about an hour-and-a-half later.

As a precaution, somebody in the group sent Maryland Natural Resources Police a message with their route, Thomson said.

But the conditions were rocky.

"We had a huge high tide because of the full moon," Thomson said, "we had four to five foot waves."

Winds were gusting up to 25 miles per hour, and somehow Iorns wound up behind the group and in the water.

"They all of a sudden looked back and noticed that Cody had fallen from his paddle board and was face down in the water," Thomson said.

His life jacket did not inflate, Thomson said, and the other paddlers were quick to act.

"They pulled him back on his board and did CPR while pulling him back toward shore," Thomson said.

Iorns was brought to the Anne Arundel Medical Center where he was pronounced dead.

Despite the rough conditions, the paddlers "did everything within reason," Thomson said.

"These were experienced paddlers," Thomson said, especially Iorns. "He was in good shape, he was comfortable around the water, he was well known in our paddleboard community."

"We are still processing how it happened," the post said. "Please pray for Cody's family. We are at a loss for words. He was our brother. He was an inspiration to everyone on and off the water."

Last year, Iorns spoke to WJLA TV News about the motorcycle accident that changed his life.

"My left arm was just gone," Iorns said. His right arm was severely fractured and following an infection he lost it too.

Iorns, a former Army specialist who served as a combat medic, told WJLA, the easy thing to do would have been to lie in bed.

"You've got to step out of your comfort zone," he said.

"I know that I feel so much better when I'm out, trying to give something my 100%," Iorns told National Geographic Adventure, which showcased him in a paddleboarding race last year.

National Geographic said Iorns was the only adaptive paddler in the 9-mile long Wrightsville, N.C., Surf to Sound race.

"80 percent of my goal is accomplished by making it to the race," he said. "So doing the race, that's kind of like the icing on the cake."

Still, he said it was the thing he wanted to do most.

An investigation into what happened on the water Wednesday evening is ongoing, Thomson said.

"They were playing by the rules and something happened and that hits you hard because it is so unfair," Thomson said.