Accessibility links
Advocates Push For Stronger Measures To Protect Hotel Workers From Sexual Harassment Unite Here, a labor union that represents workers in the hospitality industry, estimates that the majority of their members who are housekeepers have faced sexual harassment on the job. 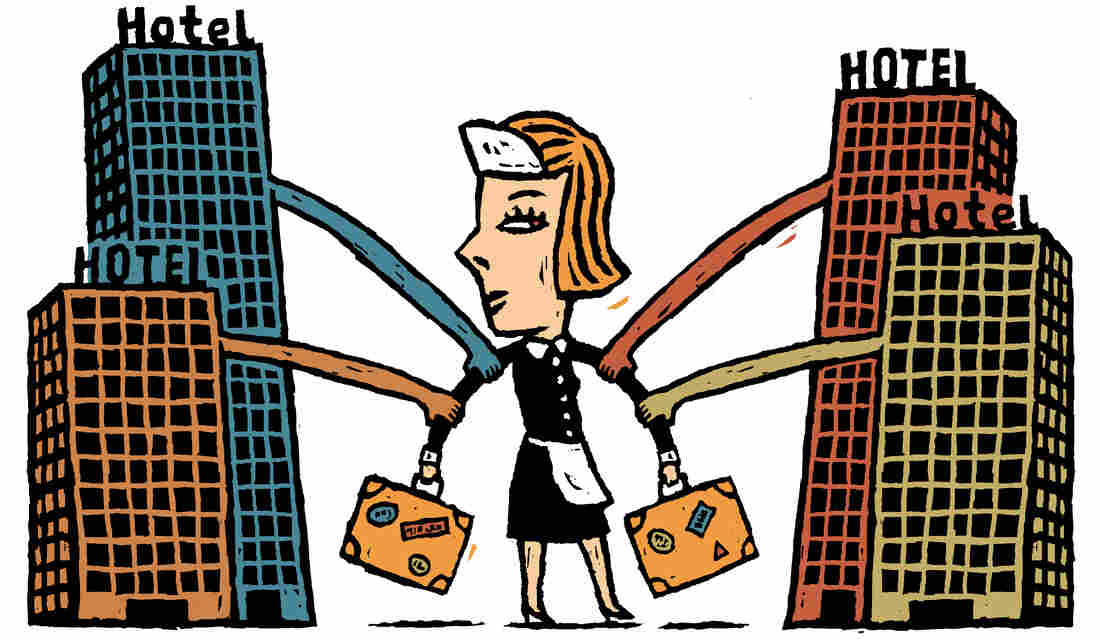 Unite Here, a labor union that represents workers in the hospitality industry, estimates that the majority of their members who are housekeepers have faced sexual harassment on the job. Imagezoo/Getty Images/Imagezoo hide caption 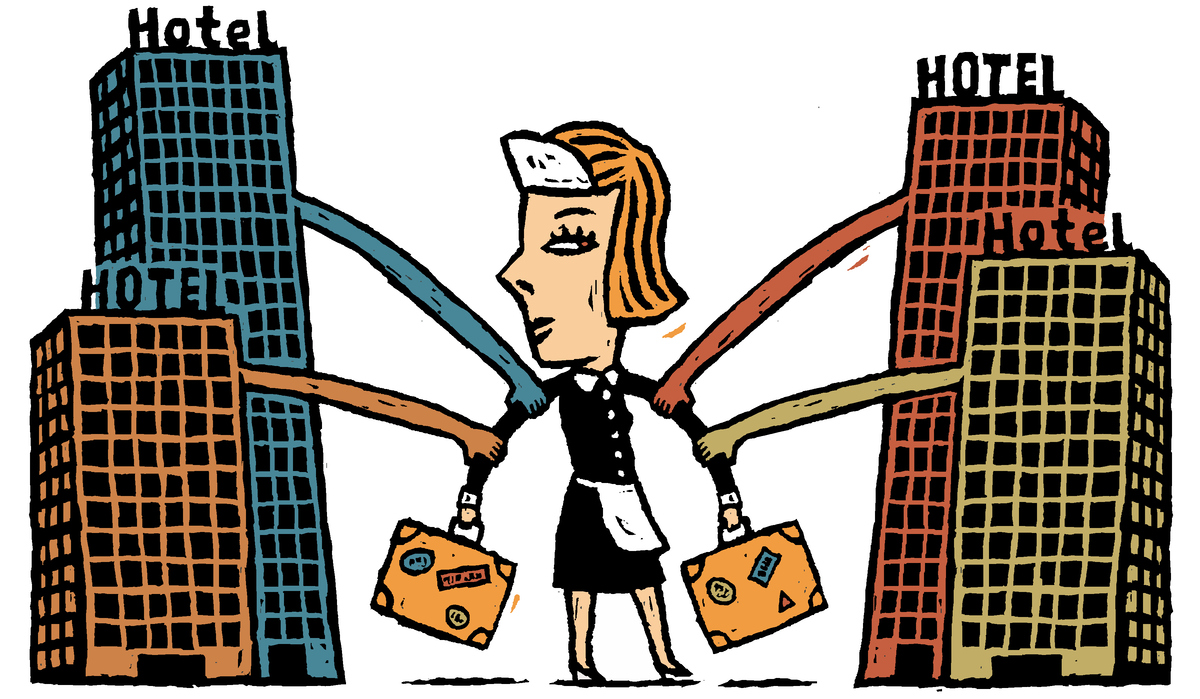 Unite Here, a labor union that represents workers in the hospitality industry, estimates that the majority of their members who are housekeepers have faced sexual harassment on the job.

Ely Dar was going about her nightly turn-down service rounds at a Westin hotel in downtown Seattle when she knocked on a hotel room door.

A male guest invited her in, and as she was preparing the ice bucket on the table, she suddenly felt something on her back.

"I feel the guest on my back, and then the guest [hugged] me. I'm so scared," she tells Here & Now's Robin Young. "And then I turn around and then I push him, and then I ran away."

Dar told her manager who reported the incident to security. The guest later apologized, and Dar said never pressed charges because it was a new job and she didn't want to lose it. She says if she hadn't been able to push the guest away, she fears the situation would have been worse.

Because of the prevalence of such behavior, hotels have been taking steps to protect their workers from harassment, even before the #MeToo movement. Seattle passed a law in 2016 requiring all hotels to provide housekeepers with panic buttons they can use if they are sexually assaulted, harassed or threatened by a guest.

Chicago is set to join Seattle next month, and unionized hotel workers in New York have required panic buttons in their contracts since 2013. Support for similar efforts is growing in California, Las Vegas, and Miami Beach, Fla.

Unite Here, a labor union that represents workers in the hospitality industry, estimates that the majority of their members who are housekeepers have faced sexual harassment on the job, says Abby Lawlor, a researcher with Unite Here Local 8, the union's Seattle chapter.

The group surveyed their membership in Chicago and Seattle to find out how often housekeepers experienced harassment and in what form, she tells Young. In Seattle alone, 53 percent of housekeepers surveyed said they had experienced some form of harassment over the course of their careers.

"Guest nudity was the most common experience in our survey that housekeepers had, but also experiences of verbal harassment, guests soliciting housekeepers was also a frequent occurrence, and then incidents of groping and cornering and other forms of physical intimidation and harassment," Lawlor says.

The effort to protect housekeepers from sexual harassment is highlighting how the #MeToo movement has trickled down from the red carpets of Hollywood to the service industry. It's not just the rich and famous who deal with sexual harassment in the workplace, but also workers in restaurants, on commercial airlines and in hotels.

More than 25 percent of sexual harassment charges filed in the past decade occurred in industries dominated by service-sector workers, according to an analysis of unpublished U.S. Equal Employment Opportunity Commission data by the Center for American Progress.

The organization also found that over 14 percent of those charges were filed by people who worked in the accommodation or food services industries. Women represent the majority of workers in those industries, and they are often employed in lower-paying jobs, according to the Bureau of Labor Statistics.

Advocates hope the use of panic buttons will eliminate some of the barriers that have kept women – especially minorities and those from low-income communities — from reporting sexual harassment. Workers like Dar say the panic buttons make them feel safer, but industry leaders don't agree.

The American Hotel & Lodging Association, whose members include the hotel chains Marriott, Hyatt and Hilton, filed a lawsuit in December 2016 challenging Seattle's ordinance requiring panic buttons and other protections for hotel workers.

The hotel association argues that panic button provision was designed to conceal other parts of the Seattle law, such as blacklisting certain guests accused of assault or limits on the area a housekeeper can clean before overtime kicks in.

Panic buttons can also be costly for major hotels to implement as prices range from $20 to thousands for the most complex devices, ABC News reported.

Hotel workers are especially vulnerable to harassment because of the class disparity between workers and guests, says Karen Kent, president of Unite Here's Chicago chapter.

"Hotel housekeepers work alone, cleaning rooms," she told Weekend Edition last year. "And oftentimes, there's a power imbalance between the women who clean them — who are often women of color, immigrants — and guests who have those rooms who pay hundreds of dollars a night."