Accessibility links
Separated Triplets Offer A Glimpse Into 'The Wild West Of Psychology' Would they have been better off not knowing about each other? That's the question director Tim Wardle keeps asking himself — he's the director of a documentary called Three Identical Strangers. 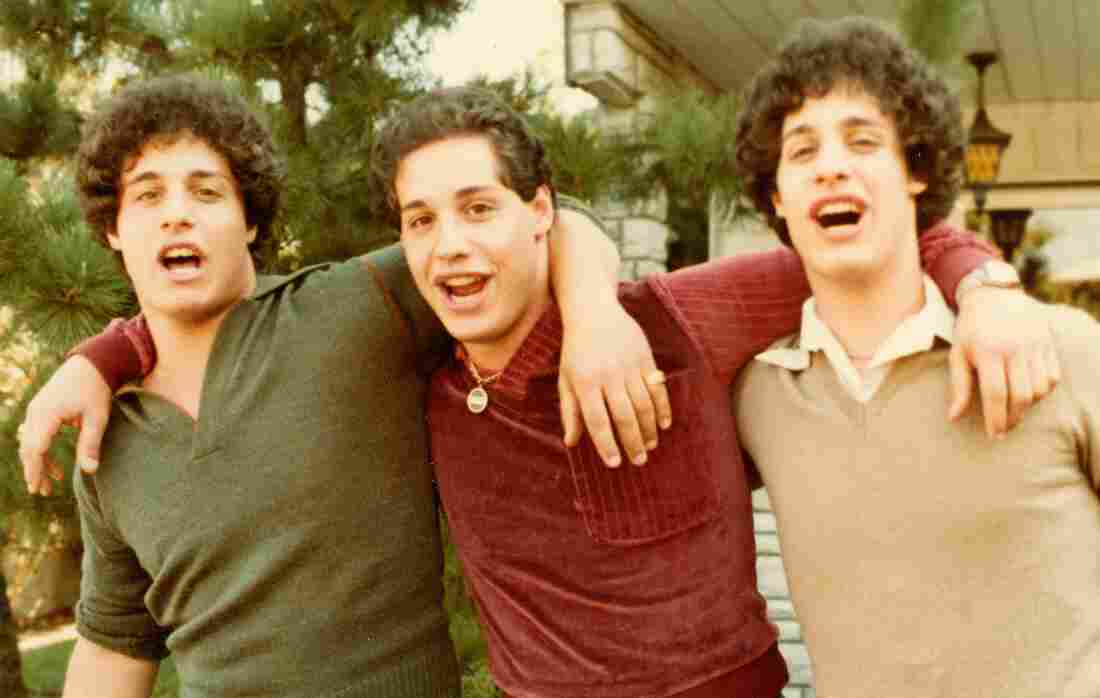 Identical triplets Eddy Galland (from left), David Kellman and Bobby Shafran were separated at birth and adopted by different families. When they reconnected at age 19, filmmaker Tim Wardle says they discovered "incredible similarities that couldn't be accounted for by chance." NEON hide caption Identical triplets Eddy Galland (from left), David Kellman and Bobby Shafran were separated at birth and adopted by different families. When they reconnected at age 19, filmmaker Tim Wardle says they discovered "incredible similarities that couldn't be accounted for by chance."

Bobby Shafran got an unexpectedly warm welcome on his first day at college in 1980.

"Immediately everyone greeted him like he'd been there for years," says filmmaker Tim Wardle. "Guys coming up to him, slapping him on the back, girls are kissing him. He's never been there before — he doesn't know what they're talking about."

Eventually, someone asked if he had been adopted — he said yes — and might he have a twin brother? That's how Bobby met his twin, Eddy Galland, who was already a student at the college. The story made it into New York newspapers, and before long, the brothers received a phone call from another 19-year-old — a young man holding a newspaper, looking at a photograph of two people who looked just like him. "You're not twins; we're triplets — I'm the third," said David Kellman.

That's how Bobby Shafran, Eddy Galland and David Kellman discovered they were triplets, separated at birth, and reared in three different families. The brothers shared identical curly hair, wide grins, ebullient charm and many of the same tastes and mannerisms. They moved in together and became minor-key celebrities — clubbing, posing for photos, opening a restaurant, and doing a movie scene with Madonna.

But, in time, they also discovered why they had been taken from each other at birth. Their hurt, confusion and anger is at the center of the documentary Three Identical Strangers, directed by Tim Wardle.

Editor's note: The conversation below describes aspects of the story that are not revealed until later in the film. 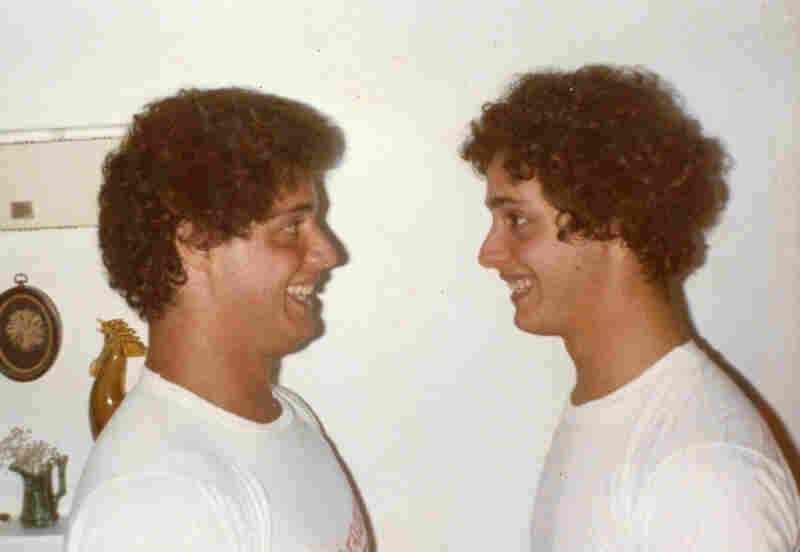 At first, the reunion was joyous, as the triplets discovered all the quirks and similarities they shared. But "the events that happened to them and their reunion caused a lot of tragedy as well," says Tim Wardle. Above, Eddy Galland(left) and his brother Bobby Shafran. NEON hide caption 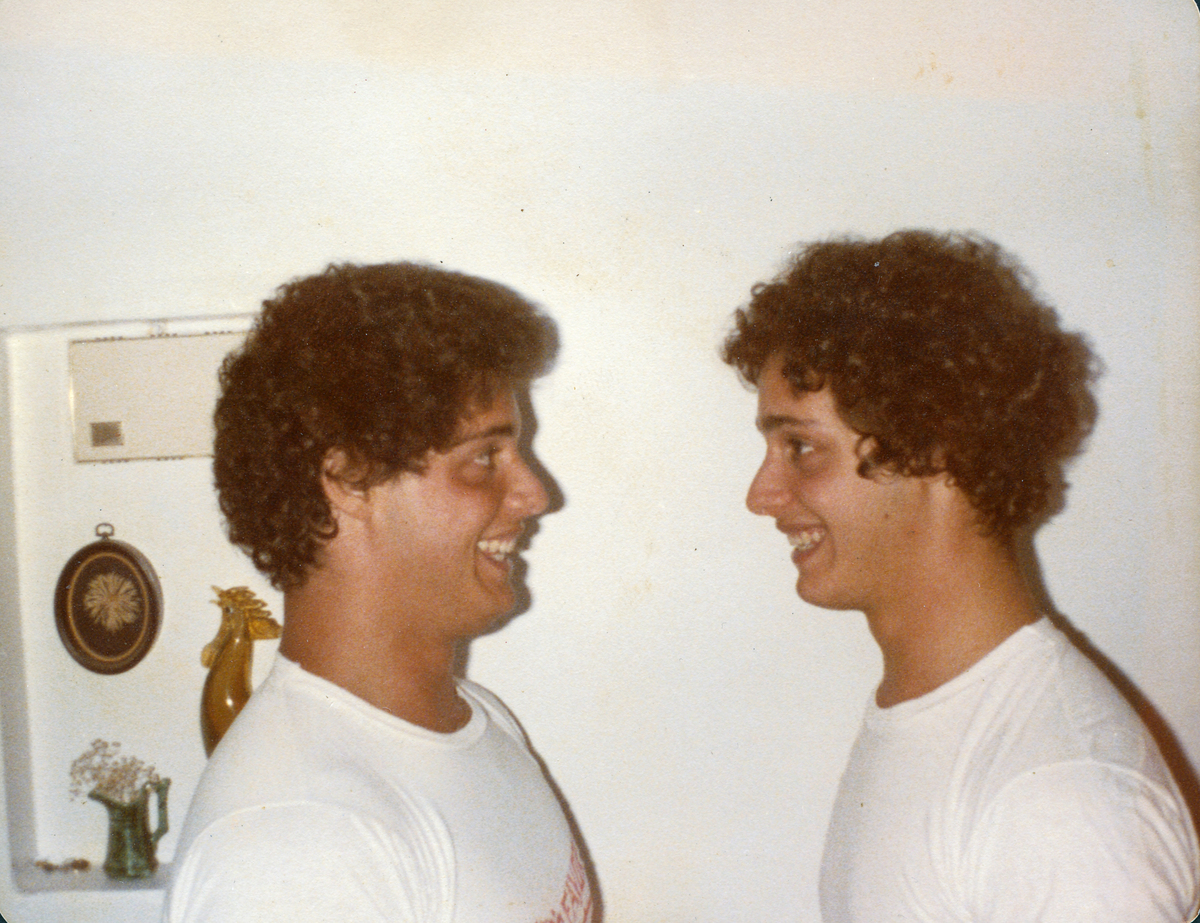 At first, the reunion was joyous, as the triplets discovered all the quirks and similarities they shared. But "the events that happened to them and their reunion caused a lot of tragedy as well," says Tim Wardle. Above, Eddy Galland(left) and his brother Bobby Shafran.

On why the triplets were separated by Louise Wise Services, a New York adoption agency

It was very unusual that these brothers had been separated at birth. It turned out they weren't the only identical siblings had been split up by this agency ... a very high-end adoption agency. ... It turns out they were split up as part of a scientific experiment run by a prominent ... New York-based psychiatrist looking into nature versus nurture and the relative importance of heredity versus environment.

The scientists we have got [in the film] were the only people who would talk about this. There were a lot of more high-profile people — in terms of their involvement in this study — who refused to talk to us or said, I don't know what you're talking about. ...

Identical Twins Are Not Truly Identical

One of the central questions [of the film] is why do good people sometimes do bad or unethical things? I'm not interested in trying to portray him or anyone who ran this experiment as evil or bad. I think it's really interesting — those gray areas of human behavior. Peter Neubauer was the father of child psychiatry in America. He has done [an] unbelievable amount of good for children. But at the same time, [he] was involved in this one thing that, in retrospect, and I think at the time, was highly unethical. Lawrence Wright, the journalist [who wrote about the triplets and] who appears in the film, has this phrase "noble cause corruption," which he uses to explain why sometimes good people do bad things in the pursuit of a greater good. It's kind of like the ends justify the means — and I think that they were blinded to the human impact of what they were doing.

On the difficulty of telling a story like this

It was very tricky. Firstly, earning the trust of the triplets and their families — when you learn the full extent of their story, you understand why they find it quite hard, I think, to trust people. So it took a long time to earn their trust. And then there were various organizations and people involved in this who didn't want this story to be out there, so various people trying to sort of stop the film.

On the tragedy of the triplets' story

Would they have been better off not knowing about each other? Would they actually be happier today not knowing? ... They had enormous years of joy when they first met but then it all went quite badly wrong. [Galland died by suicide in 1995.]

Life As Identical Twins: 'One And The Same'

On how the results of the study are still a secret

The records from the study are locked in a vault at Yale University. When [Neubauer] died, he left all the material to Yale on the proviso it wouldn't be released until 2066 ... by that point everyone involved in the study will be long since gone. So it's still sitting there waiting to be opened. ...

As part of making the film we managed to get ... the brothers some of their material. They only got photocopies, it's heavily redacted, some pages are all black ink, so it's kind of hard to piece together exactly what the study was about or what its findings were. But we did get some material. ... I might be in a wheelchair [but] I will try and get down to Yale in 2066 if I can.

Sarah Handel and Viet Le produced and edited this interview for broadcast. Beth Novey adapted it for the Web.

A previous version of this story incorrectly referred to Dr. Peter Neubauer as a psychologist. Neubauer is a psychiatrist.