Dominique Morisseau has her finger on Detroit's pulse. The award-winning playwright has written a trilogy of plays set in her hometown of Detroit, each considering pivotal moments in Motor City history: the 1940s jazz era, the '67 riots and the Great Recession. 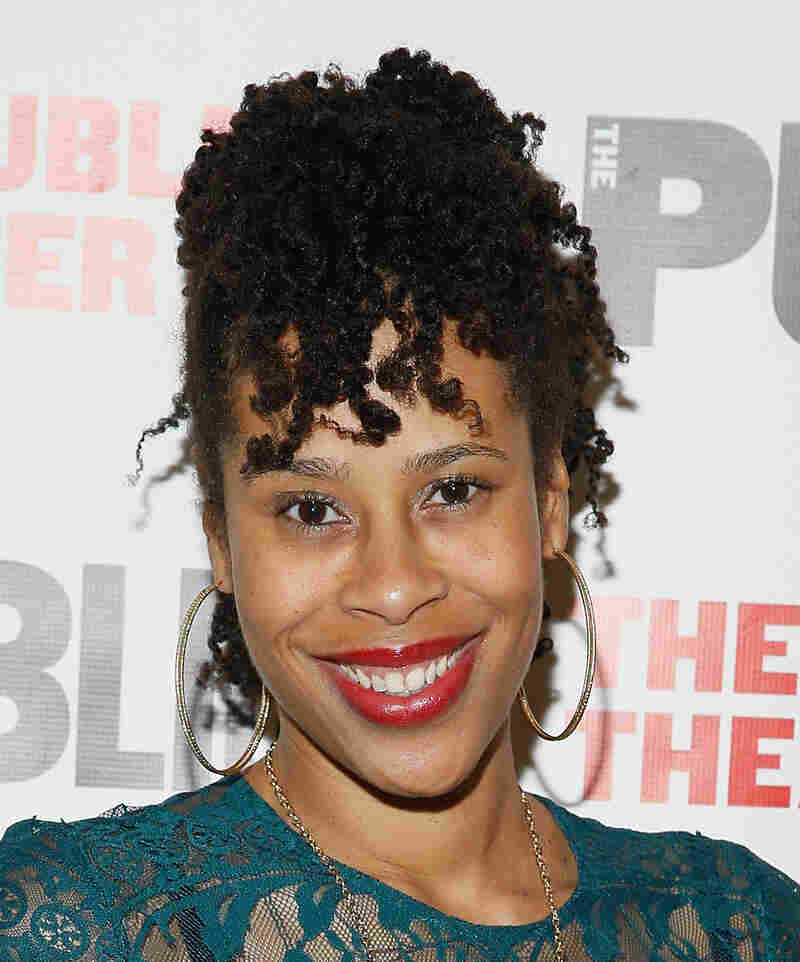 Award-winning playwright Dominique Morisseau authored the book for The Temptations musical, Ain't Too Proud, that tells the origin story of the iconic quintet discovered in her hometown of Detroit. John Lamparski/Getty Images hide caption 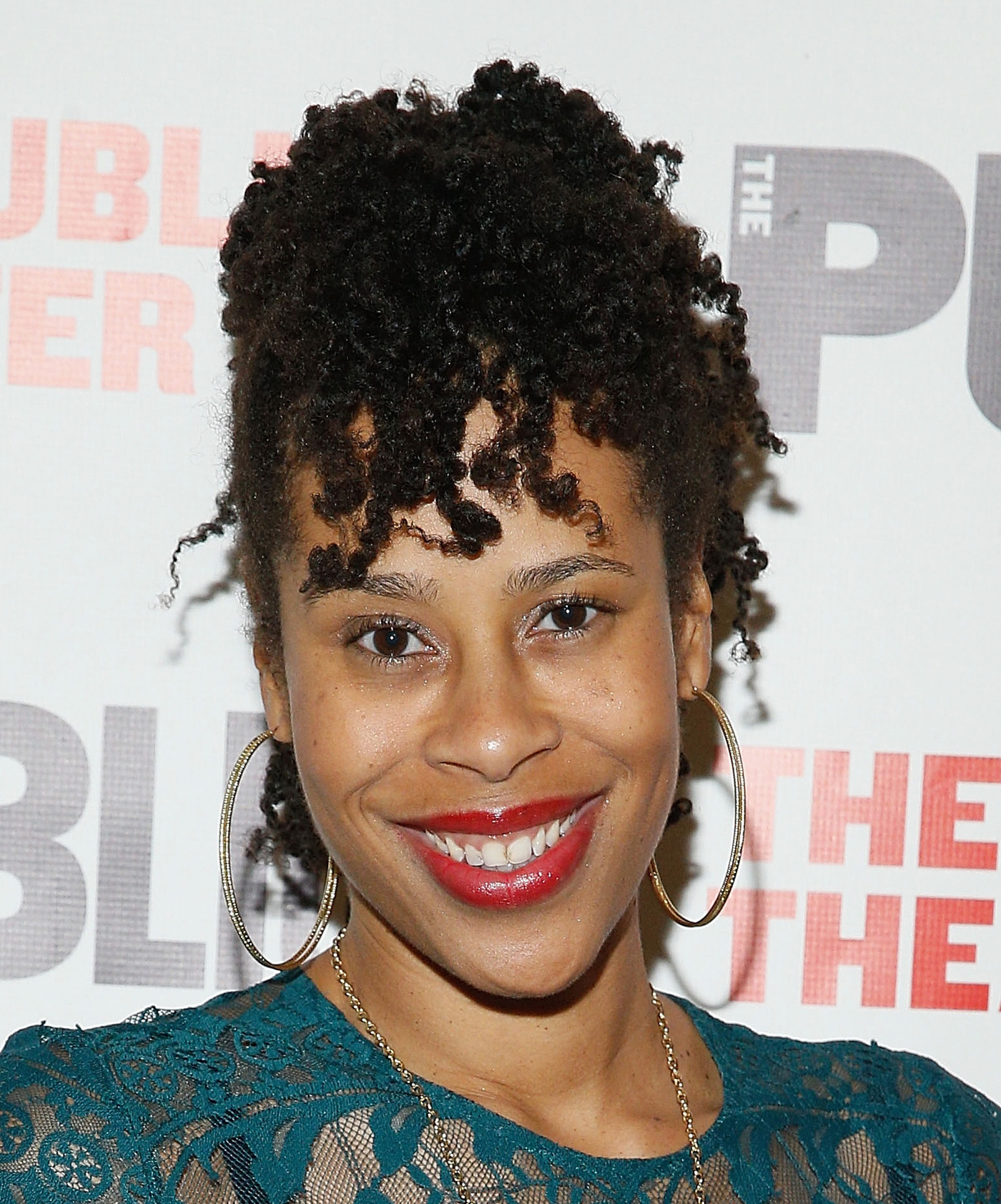 Award-winning playwright Dominique Morisseau authored the book for The Temptations musical, Ain't Too Proud, that tells the origin story of the iconic quintet discovered in her hometown of Detroit.

In her latest project to hit the stage, Morisseau takes on the story of the mighty Motown icons, The Temptations. She's authored the book for Ain't Too Proud: The Life and Times of the Temptations, a new production that drives the classic jukebox musical into darker territory. Through the eyes of its founding and sole surviving original member, Otis Williams, it tells the origin story of the fractious group's ups and downs on the road to chart-topping stardom in 1960s America.

Morisseau says the art world is flooded with stories set in the past that could be told in 2018 because they employ similar themes. "We are all writing about the themes of love and power and power struggle and economics," she says.

As for The Temptations' story, she says, "Everything about 1963, '64, '65 could be mirrored right now — which is scary, but it's also profound that art gets to do that, to catch up to the time and give us a way of looking at something differently and getting dialogue about it."

Ain't Too Proud is now showing at the Kennedy Center in Washington, D.C., and will travel to other cities before it heads to Broadway.

On why she chose to work on this project

Well, first and foremost, I'm from Detroit. And if you're my generation, you grew up on your parents' music. And there's not a Detroiter that did not grow up on some kind of Motown sound.

I just was so moved by the story of these young African-American men at a time, you know, figuring out their lives and their identity and their role as artists, while the world and country was in great civic unrest. And that feels so now to me that I just — it was my way in. I wanted to tell that story.

Oh, Absolutely. I was shaking in my boots. Any time I have a story in my hands, it feels like, you know, a big call. To be able to tell someone's story while they're still living, it's a great burden and I think there's a great responsibility to that, and Otis Williams, he was so amazing. I got to meet with him and talk with him.

Even though I was nervous to share the work with him, actually I was most nervous to share it with him, and maybe with Detroiters. 'Cause they will be your toughest critics. Honey, they all feel like they knew The Temptations very well and they gon' tell you every way you should've done this, that and the other thing. But I feel like getting Otis is a blessing, like I feel, "C'mon, gimme your best shot, I got all this behind me."

On how she understands Otis Williams

I just marvel at who he is and the man that he is. It takes a lot to be able to stick with this group as long as he has, to be the glue, to be the backbone of this entity, to not really be the one in the spotlight. And we focus on that in our show too, I mean that takes a really special being. What he's made of, when you're around him and you can feel it, it's just magic, really. And it's vision, he's a visionary. And I realize in order to do that you have to kind of have to step — it's like when a really good leader knows when to be a follower. That's what I get when I'm around him. 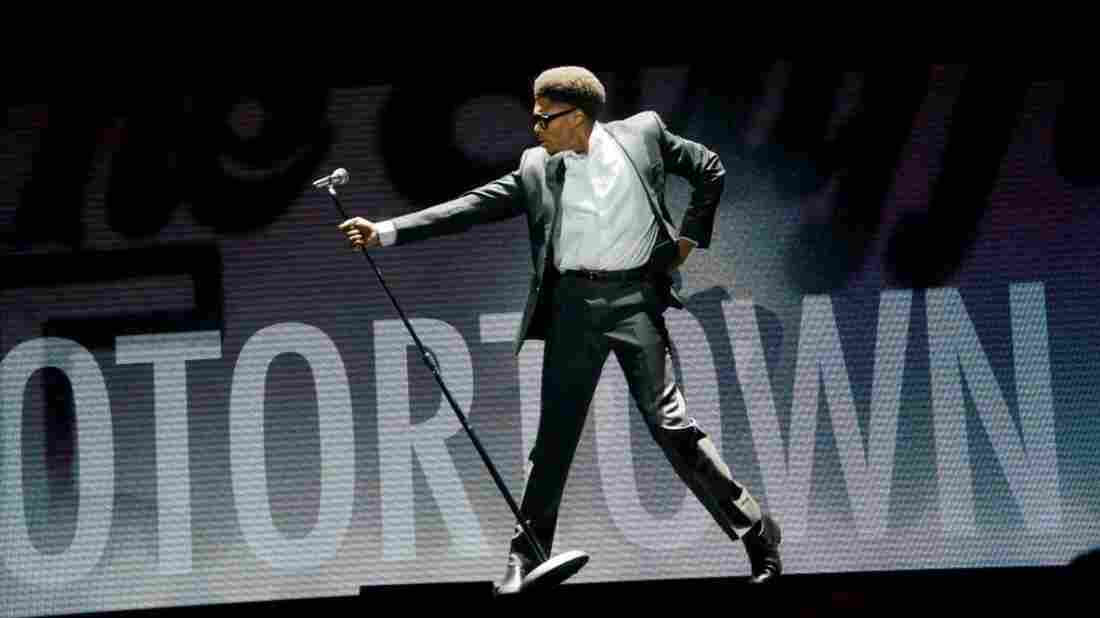 Ephraim Sykes in the Berkeley Repertory Theatre's production of Ain't Too Proud. Doug Hamilton/Courtesy of The Kennedy Center hide caption 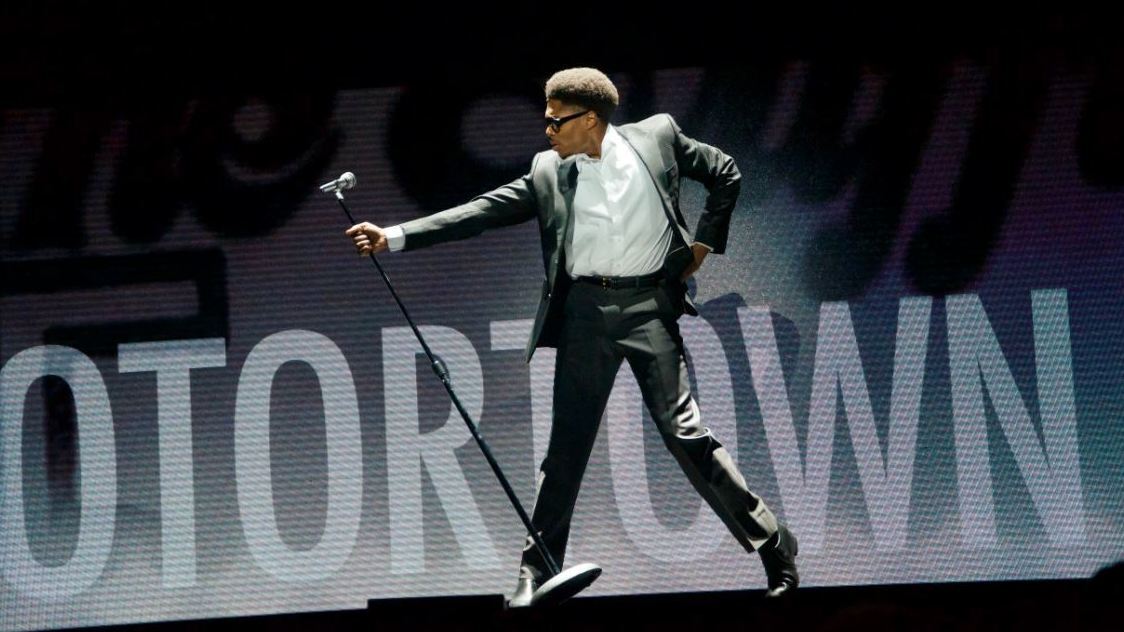 Ephraim Sykes in the Berkeley Repertory Theatre's production of Ain't Too Proud.

Doug Hamilton/Courtesy of The Kennedy Center

On how plays set in the past mirror the present

And why all stories feel like right now is because of those themes. They all feel like 2018 stories. The Temptations' story starts in 1963. Everything about 1963, '64, '65 could be mirrored right now — which is scary, but it's also profound that art gets to do that, to catch up to the time and give us a way of looking at something differently and getting dialogue about it.

I think yes and no. I think you're going to see a lot more artists of color. You're gonna see, right now there's a lot of African women artists in New York who are getting their work produced.

I always say that we can't allow ourselves to be cherry-picked, you know, or to be the flavor of the month. Flavors come and go. And I think that it feels like we're being flavored right now as opposed to being institutionalized and grown up from the bottom up.

We're not in administrative roles in theater, and we need to be in more leadership positions. There needs to be more artistic directors of color, there needs to be more executive directors. I mean that we really have to do it all the way throughout the institutions and not just, you know, on the program, on the brochure, on the stage.