Accessibility links
Trump Downplays Roe v. Wade Litmus Test As He Considers A Supreme Court Nominee In an interview with Fox News, Trump said his advisers told him not to ask potential Supreme Court nominees whether they would overturn Roe v Wade. "But I'm putting conservative people on," he said. 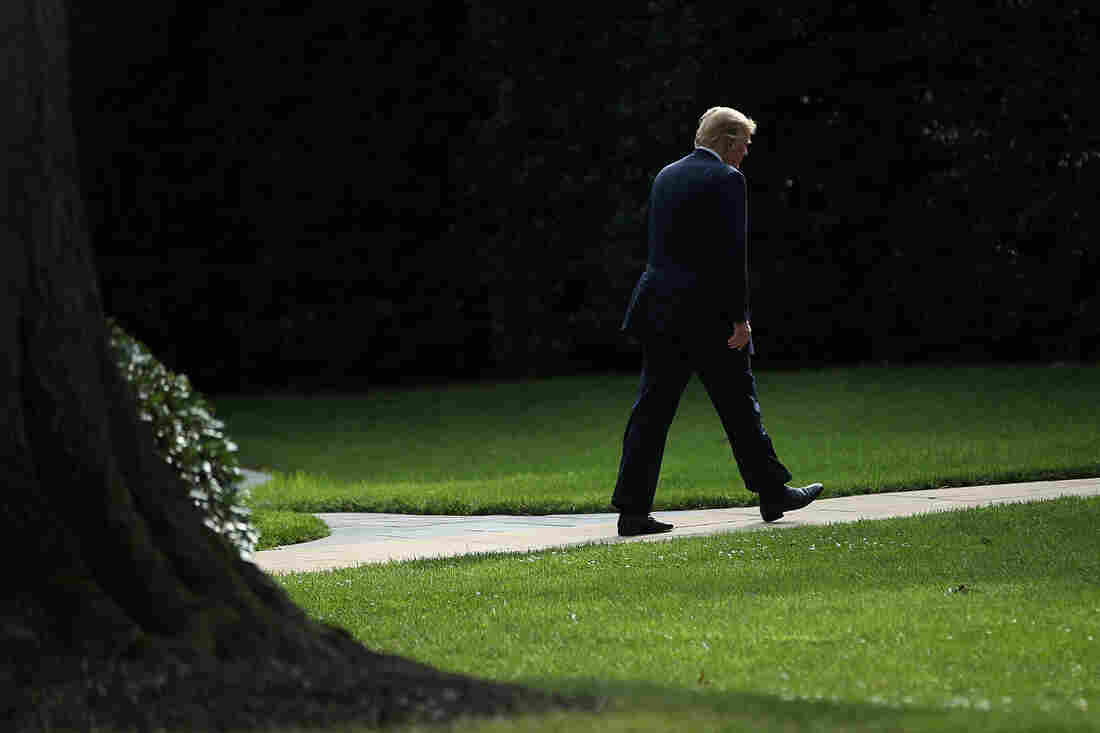 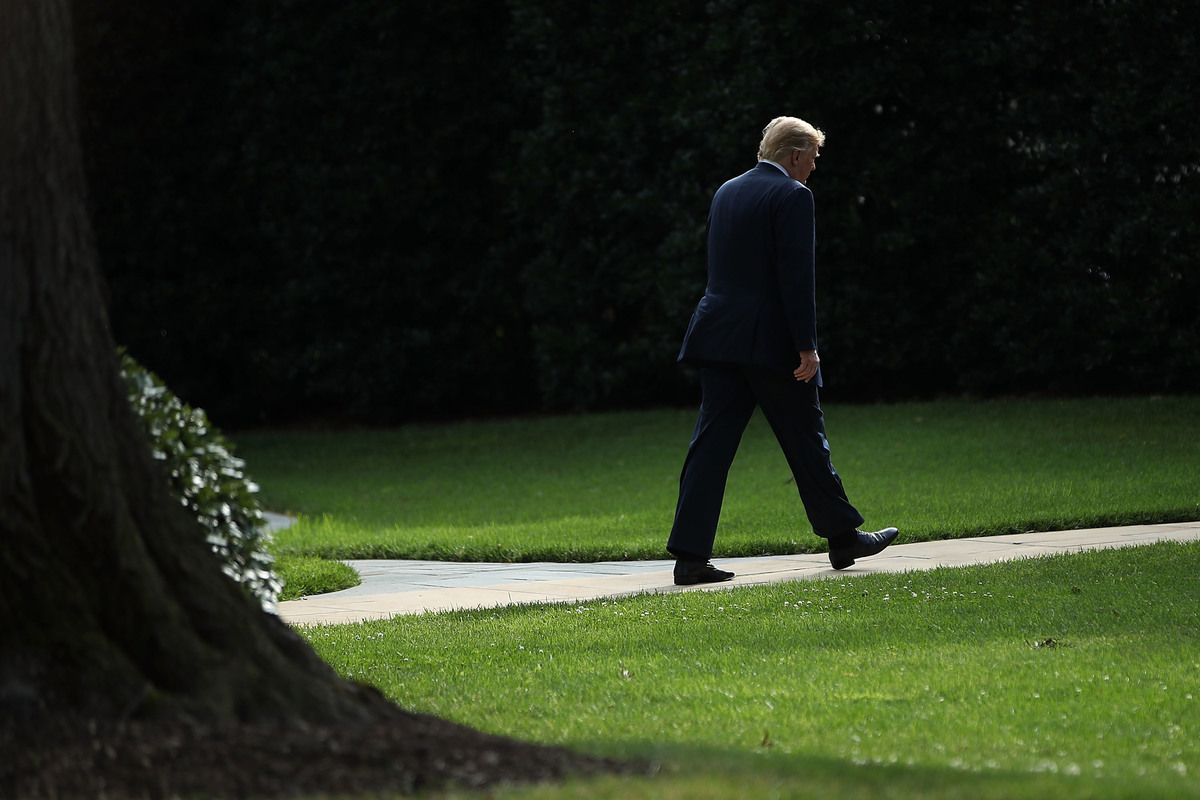 President Trump at the White House on Thursday. Trump plans to announce his next Supreme Court nominee on July 9.

With little more than a week before President Trump announces his nominee to the highest court in the land, Trump sought to downplay some of his past comments about making opposition to legalized abortion a litmus test for his Supreme Court picks.

In an interview with Fox News host Maria Bartiromo, Trump said his advisers have told him he should not ask anyone on his list of potential nominees whether they would overturn Roe v Wade, the 1973 decision that effectively legalized abortion in the United States.

Justice Anthony Kennedy, who announced his retirement last week, was often the swing vote on the Supreme Court and voted to uphold Roe in multiple instances.

Trump's comments come as a crucial moderate Republican senator said any nominee to the court who said they would vote to overturn Roe would not be "acceptable."

Sen. Susan Collins, R-Maine, one of only two Republican senators who supports abortion rights, told ABC's This Week she's looking for a nominee who would demonstrate a respect for precedent and that she sees Roe as settled law.

"A candidate for this important position who would overturn Roe v. Wade would not be acceptable to me, because that would indicate an activist agenda that I don't want to see a judge have," said Collins, who has voted to confirm every Supreme Court nominee that has come up for a vote during her tenure in the Senate.

With the Senate divided 51-49 in favor of Republicans, (and Sen. John McCain, R-Ariz. absent due to medical issues) the fate of whoever Trump nominates will rest with Collins and a handful of other Republican and Democratic senators.

Democrats have begun to mobilize their supporters around the abortion issue while Republicans have begun to to downplay the significance of replacing Kennedy.

Sen. Lindsey Graham, R-S.C., said on NBC's Meet The Press that he's "pro-life" but that "one of the concepts that really means a lot in America is stare decisis. That means you don't overturn precedent unless there's a good reason."

Trump's past comments about abortion and the Supreme Court

When Trump campaigned for the presidency, he was adamant about his stance on abortion rights. In the third presidential debate, in October of 2016, Trump was asked by moderator Chris Wallace if he wanted to see the Supreme Court overturn Roe.

Trump responded by saying he assumed overturning Roe would happen "automatically" if he was able to appoint two or three justices to the bench as president.

After he won the election, Trump continued to say the judges he would appoint would be "pro-life" judges and that if Roe was overturned, the question of abortion would be settled by individual states.

On Sunday, Trump seemed to reaffirm that belief, telling Fox News that abortion "could very well end up with states at some point."

Trump's initial short list of 25 names of potential nominees was largely handpicked by the Federalist Society, an influential group of conservative lawyers. On Friday, he told reporters that short list had been further pared down to five candidates.