Accessibility links
Migrant Rescue Boat To Dock In Spain After Being Rejected By Italy And Malta The Open Arms, which rescued 60 migrants off Libya from a faltering dinghy, was denied port by Italy and Malta Saturday. The boat is now set to dock in Barcelona on Wednesday. 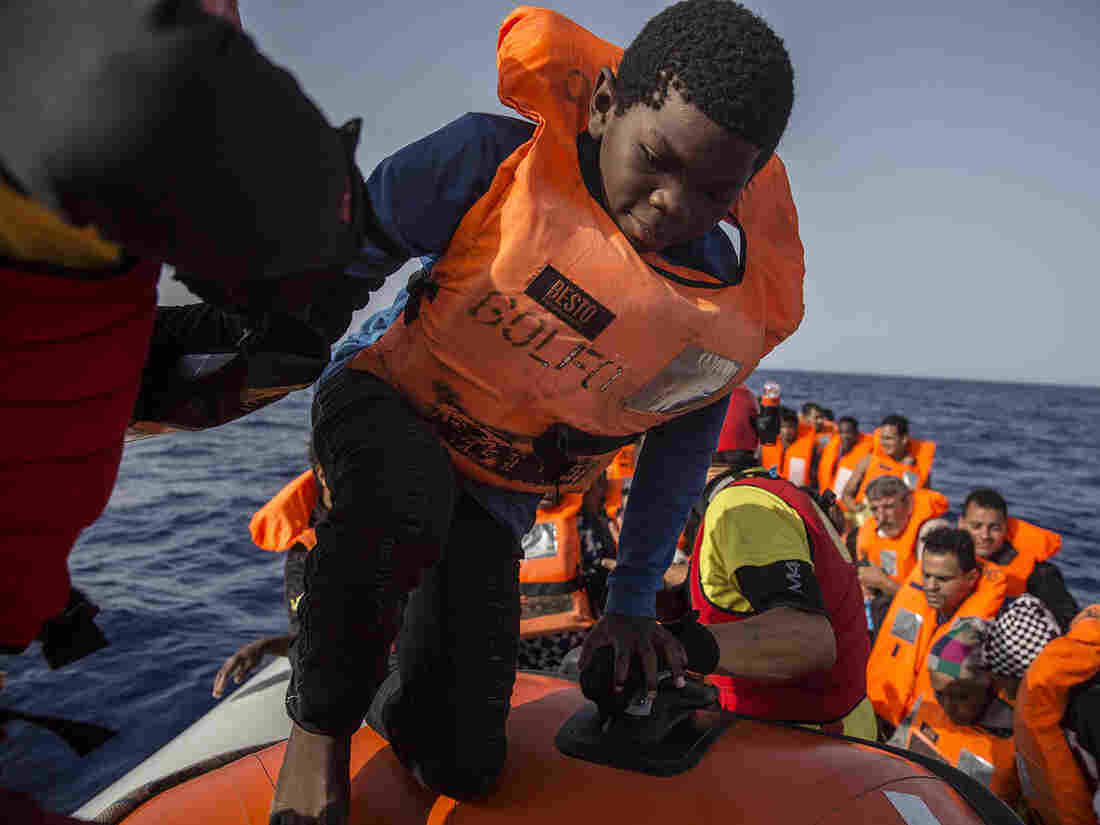 A child aboard a rubber dinghy off the Libyan coast is helped by rescuers aboard the Open Arms aid vessel. Olmo Calvo/AP hide caption 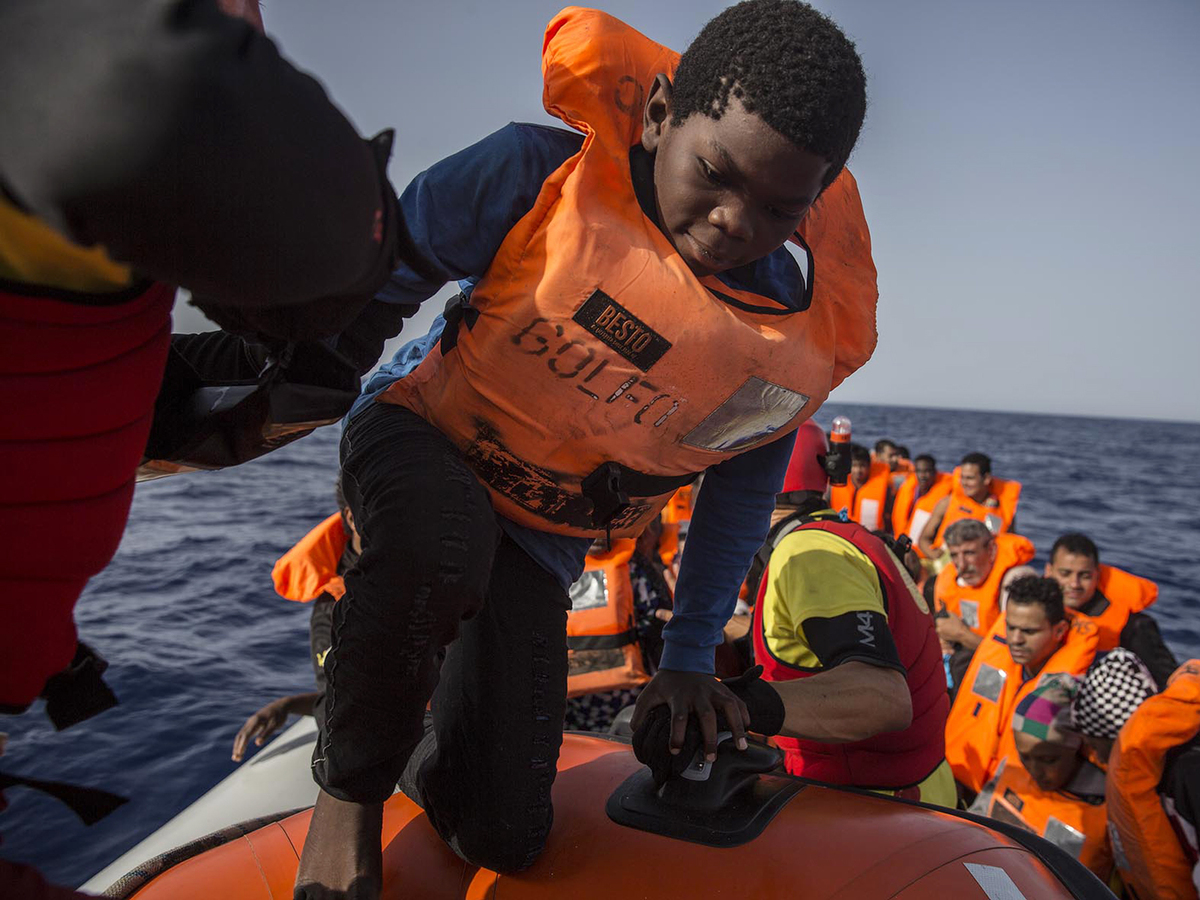 A child aboard a rubber dinghy off the Libyan coast is helped by rescuers aboard the Open Arms aid vessel.

A rescue boat transporting 60 migrants who were rescued in the waters off Libya is on its way to Barcelona Sunday after Italy and Malta both denied port to the vessel Saturday.

As Italy and Malta squabbled Saturday over why they weren't the appropriate landing spots for the boat — each argued the other was closer to the point of rescue in the Mediterranean Sea — Barcelona's mayor, Ada Colau, stepped in and offered her city.

The vessel is now scheduled to dock there on Wednesday.

The boat, known as the Open Arms, which is operated by the Spanish humanitarian group Proactiva Open Arms, came upon the migrants in a "rubber dinghy held together with duct tape," according to The Associated Press.

The AP picks up with what transpired after the rescue:

Italy's right-wing Interior Minister Matteo Salvini quickly declared that the rescue boat "can forget about arriving in an Italian port" and claimed the boat should go to Malta, the nearest port.

Malta quickly made clear their ports were not open either:

Italy's Salvini has made his anti-immigrant stance well known, pronouncing that Italy's ports are no longer open to vessels carrying rescued migrants.

Barcelona, with the Spanish government's blessing, contacted the humanitarian group and informed it that the Open Arms could dock on its shores.

On Twitter, Proactiva Open Arms rejoiced at a resolution to the day's conflict.

The Open Arms is not the first migrant vessel operated by a humanitarian group to upset Italy's Salvini in recent months.

Last week, a German rescue boat that had been turned away by Salvini was allowed in by Malta. Weeks earlier, Italy and Malta both refused entry to another migrant ship, this time carrying more than 600 migrants.

In fact, Saturday was not the first time the Open Arms had run afoul of the Italian government. In March, when the boat carried a different group of rescued migrants, Italy impounded the vessel and prosecutors investigated members of the crew, claiming their rescue violated Libya's sovereignty and permitted illegal immigration, as The Guardian reported.

The newspaper noted there are "growing concerns that NGOs are being criminalised for trying to save lives in the Mediterranean."

The Open Arms' journey Saturday occurred against the backdrop of an EU deal that, although voluntary, could limit the flow of migrants between member countries and potentially detain migrants in intake centers upon their arrival.

In recent years Italy has absorbed hundreds of thousands of migrants by sea.

As Frontline reported, the Italian government, in the hopes of stemming the inflow of migrants, spent hundreds of thousands of dollars to equip and train the Libyan coast guard, which patrols the waters from which many dinghies packed with migrants depart.

Italy's efforts are believed to have be one factor explaining a sharp decline in migrants arriving by sea. More than a million migrants arrived on European shores in 2015, but fewer than 200,000 made it to Europe by sea last year, according to the UN Refugee Agency.

Migrant advocacy groups argue that keeping migrants in places like Libya traps them in unsafe and inhumane conditions.

And as Frontline pointed out, although the flow of immigrants by sea has dropped off, the danger of the journey has increased.

In a separate incident Friday, Reuters reported that 100 migrants were believed to have drowned off the coast of the Libyan city of Tripoli.