Accessibility links
Wee, The People: 'Ant-Man And The Wasp' The sequel to 2015's Ant-Man is just as light and inconsequential, but a forgettable villain and an over-complicated plot means it has to work harder — and it shows. 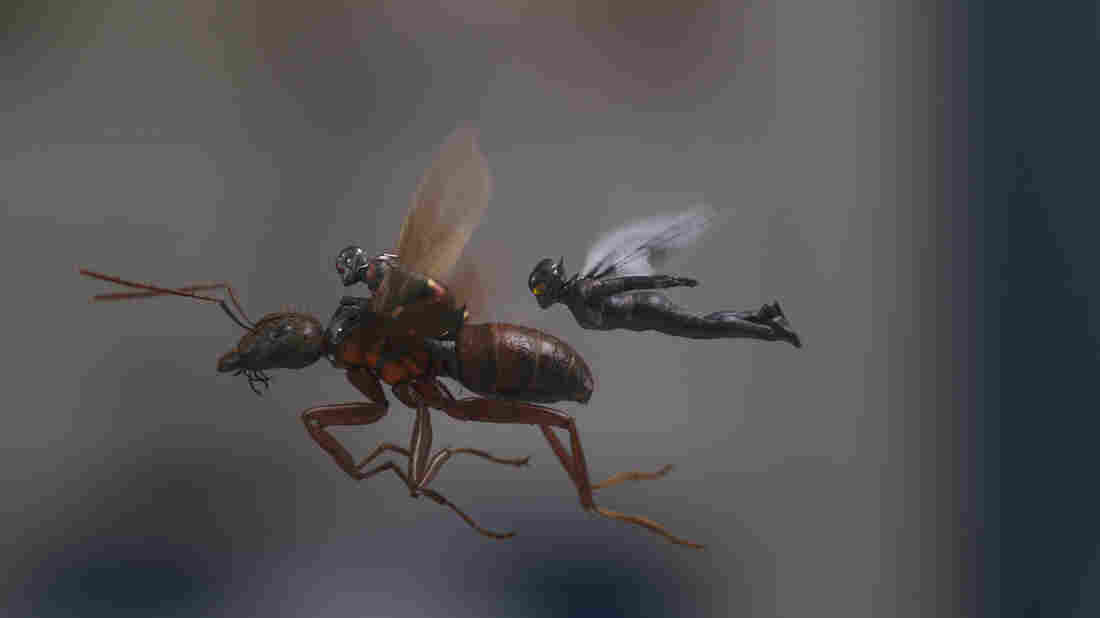 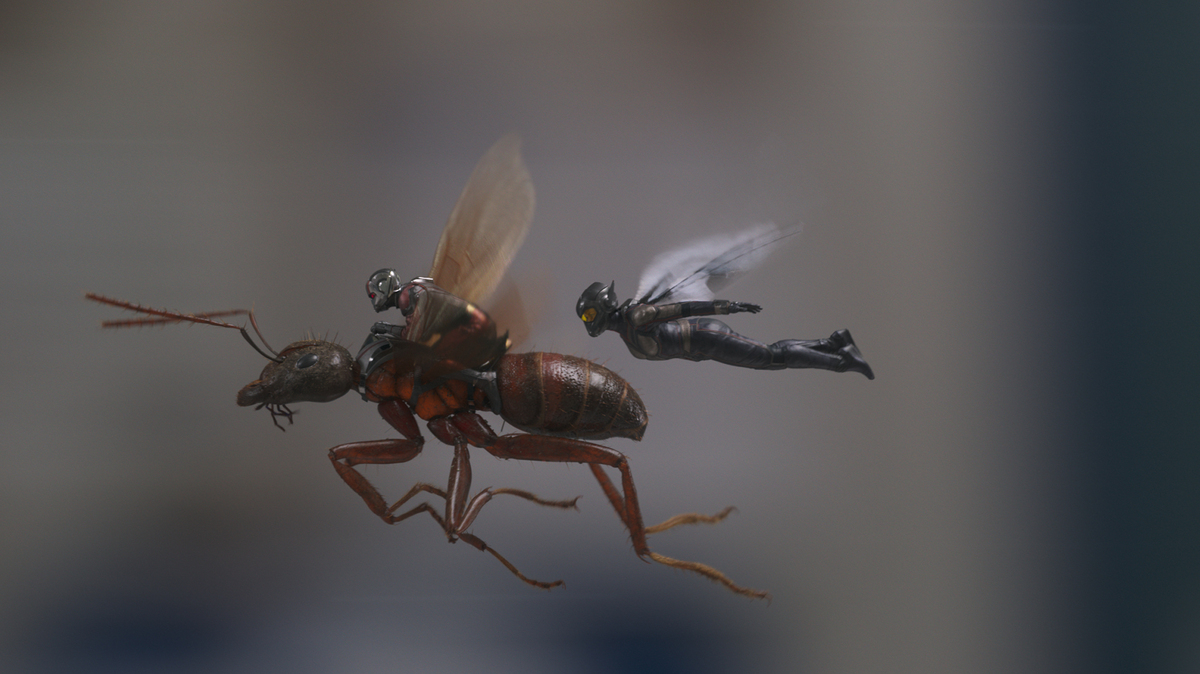 Ant-Man (Paul Rudd, L) and The Wasp (Evangeline Lilly, R) find fighting crime is no picnic in Ant-Man and the Wasp.

Ant-Man and the Wasp, the sequel to 2015's feather-light and perfectly forgettable Ant-Man, is just fine.

It does what it sets out to do, which, by all readily legible indicators, is to be ... fine. Agreeable. Inoffensive. A good way to pass a couple of hours in air-conditioned darkness. Jokes. Car chases. Fight scenes. Michelle Pfeiffer, briefly, in a hoodie and a chalk-white wig and, for some reason, fingerless gloves. A gruff Michael Douglas, less briefly, as the resident goateed genius of this particular corner of the Marvel Cinematic Universe (Tony Stark and Doctor Strange having their attentions turned elsewhere).

Also: Evangeline Lilly as badass superhero The Wasp, kickin' thoraxes and takin' names and even crackin' the occasional joke, thank God. The always-winning Michael Peña as voluble sidekick Luis, whose presence in any given scene amps up its charm factor. Phrases like "We have to adjust the refractors on the regulator!" (LOTS of those.) And of course, Paul Rudd.

Paul Rudd! Ageless and affable! Looking just a bit jacked, lately. And bringing that affect of his, which is, as always, just a bit goofy, without going overboard — handsome goofy. Hollywood goofy.

The first Ant-Man film was light, of course, and that lightness felt like a small revelation: Cast a guy like Rudd in the hero role, then sit back and watch what it does to the tone of the film around him. Turns out he's a vector for breeziness, for a mood that's too sincere and good-natured to be glib, though it shares a lot of glib's DNA. As a result, there was something defiantly shaggy and low-stakes and loose about the whole thing. It wasn't lightning in a bottle, exactly — it wasn't nearly as dramatic as that. Static electricity in a bottle, maybe.

Ant-Man director Peyton Reed (along with just about all of the cast) is back for the sequel, and he seems to have studied that film's accomplishments in order to replicate them here.

And that's the thing. Because it feels studied. And self-conscious. What came naturally, and perhaps accidentally, the first time out feels practiced and artificial here. The rhythm is, slightly but persistently, off.

The pacing of the jokes, for example, is more deliberate, and they're delivered with a greater sense of intentionality: Instead of tossing them out playfully, the cast fires them from a cannon.

Now: Is that performance, whatever its provenance, charming? Sure it is. Are there fun action set-pieces? Yep. Does Michelle Pfeiffer look like she's about to bust into "Love is a Battlefield," complete with shoulder-dancing, at any moment? Reader, she does.

Which is all well and good, but the stuff that doesn't work here really, really doesn't. A mysterious antagonist named Ghost (Hannah John-Kamen) utterly fails in the business of being mysterious or intriguing, and at one point serves up a clot of over-complicated exposition that stops the film dead for long minutes. An evil mercenary played by the great and good Walton Goggins also over-salts the stew, on a plot level. (Why hire Goggins if you're only gonna give him a couple of moments to Goggins?) (And while we're at it, why bring gifted comic actor Judy Greer back, if you're only going to shunt her into the worried unfunny ex-wife role again? Learn from your dang mistakes, franchise! Course-correct where it truly counts!)

But again: On balance, it's fine. It will leave you neither shattered nor elated. But it's so light, so agreeable and so insubstantial that it will leave you, and sooner than you expect it to — perhaps as you're pulling out of the theater's parking lot.