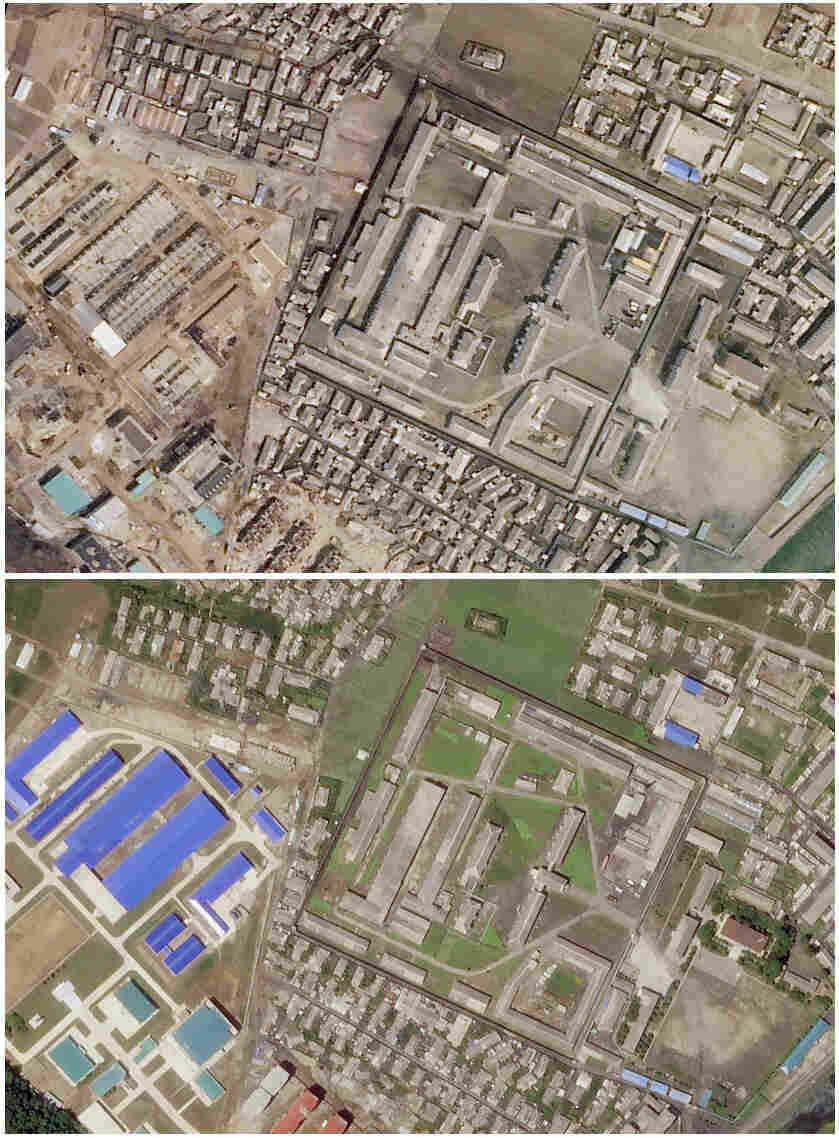 This combination of satellite images taken on April 1 (top), and June 29 shows development at a North Korean missile production facility in the city of Hamhung. Planet Labs Inc./Reuters hide caption 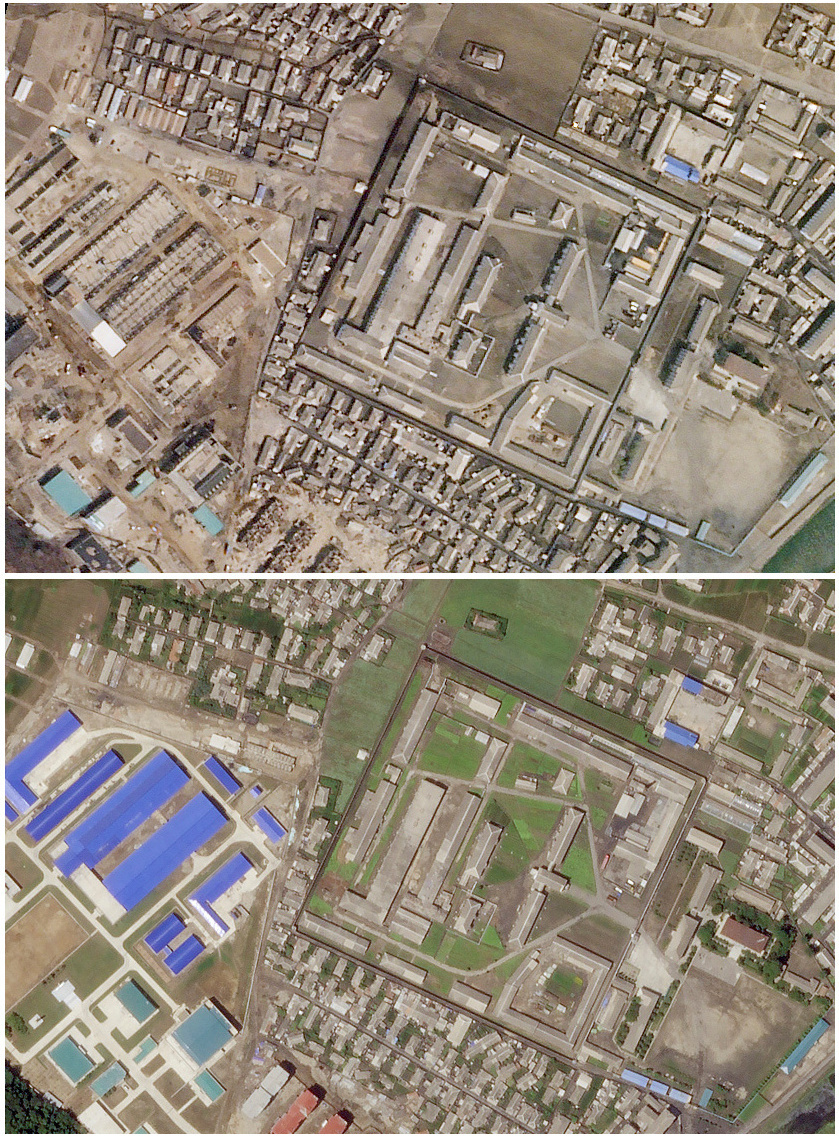 This combination of satellite images taken on April 1 (top), and June 29 shows development at a North Korean missile production facility in the city of Hamhung.

North Korea is reportedly expanding a facility to build solid-fuel ballistic missiles — a further sign that despite last month's summit between President Trump and Kim Jong Un, Pyongyang is pressing ahead with its nuclear programs.

The Wall Street Journal, citing satellite imagery, reports that the bulk of the new construction at the facility in the North Korean city of Hamhung took place in April and June, around the time Kim was meeting with South Korean President Moon Jae-in, and later with Trump.

"New building didn't appear to begin in earnest until April this year, around the time Mr. Kim shook hands with South Korean President Moon Jae-in in a landmark summit meeting at the inter-Korean border, according to a series of satellite images. The bulk of construction took place in May and June," according to the Journal.

The satellite photos from San Francisco-based Planet Labs Inc. were analyzed by researchers at the James Martin Center for Nonproliferation Studies at the Middlebury Institute of International Studies, WSJ reports.

Unlike liquid-fuel rockets, which must be painstakingly fueled prior to launch, solid-fuel missiles can be deployed almost at a moment's notice – making them less vulnerable to a preemptive strike and therefore far more destabilizing.

At last month's summit with Trump in Singapore, Kim agreed to "work toward complete denuclearization of the Korean peninsula," but offered little in the way of specifics. Even so, the president quickly hailed the meeting as a major breakthrough, going so far as to tweet that North Korea "is no longer a Nuclear Threat."

Just landed - a long trip, but everybody can now feel much safer than the day I took office. There is no longer a Nuclear Threat from North Korea. Meeting with Kim Jong Un was an interesting and very positive experience. North Korea has great potential for the future!

At a rally in Duluth, Minn., days after the summit days later, the president touted his accomplishments in Singapore, telling supporters that North Korea had "stopped all nuclear testing, they stopped nuclear research, they stopped rocketry."

Instead, there are indications that instead of stopping its nuclear and missile programs, Pyongyang is continuing to bulk them up.

The Washington Post, citing intelligence sources who did not wish to be named, reported on Saturday that U.S. intelligence officials have concluded that the Pyongyang regime has no intention of fully surrendering its nuclear stockpile, but was planning "to conceal the number of weapons it has and secret production facilities."

"Modifications to the 5 MWe plutonium production reactor's cooling system appear complete," analysts Frank V. Pabian, Joseph S. Bermudez and Jack Liu wrote at 38North, adding that "Construction continues on support facilities throughout other operational areas of Yongbyon, especially at the Experimental Light Water Reactor (ELWR), where the new engineering office building appears externally complete and a small building similar to the one observed at the Radiochemical Laboratory has been erected." 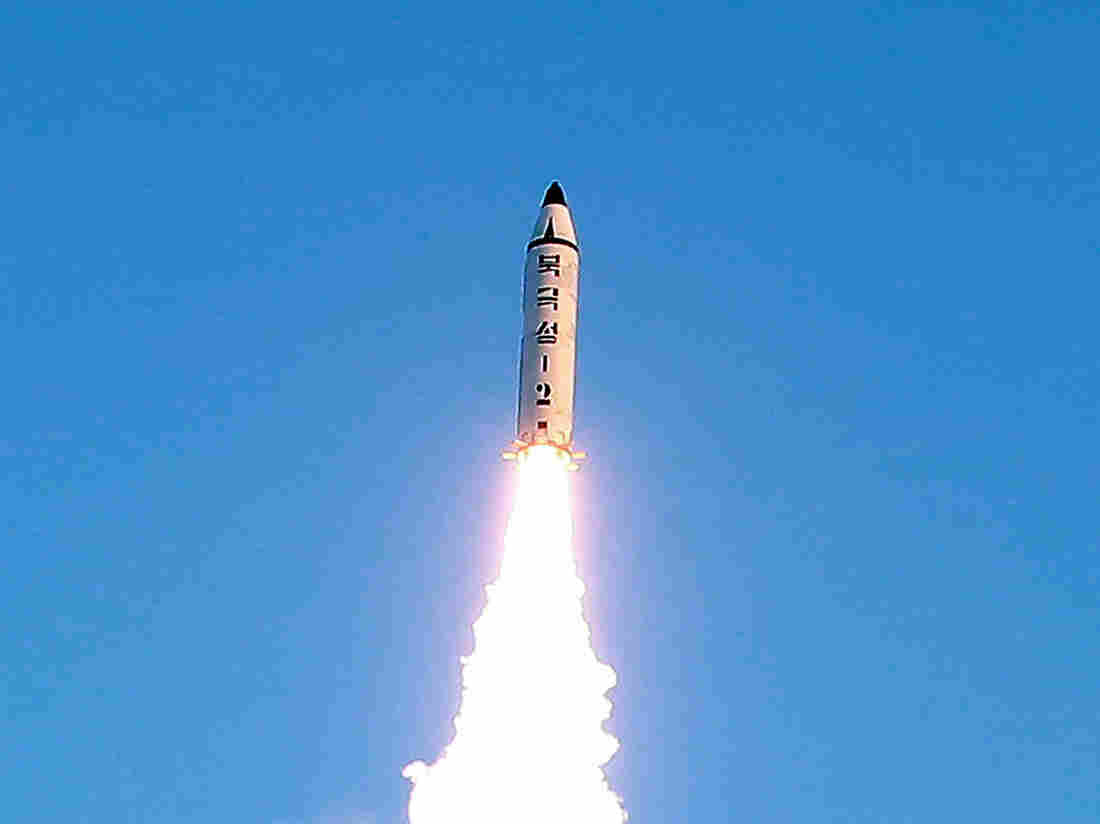 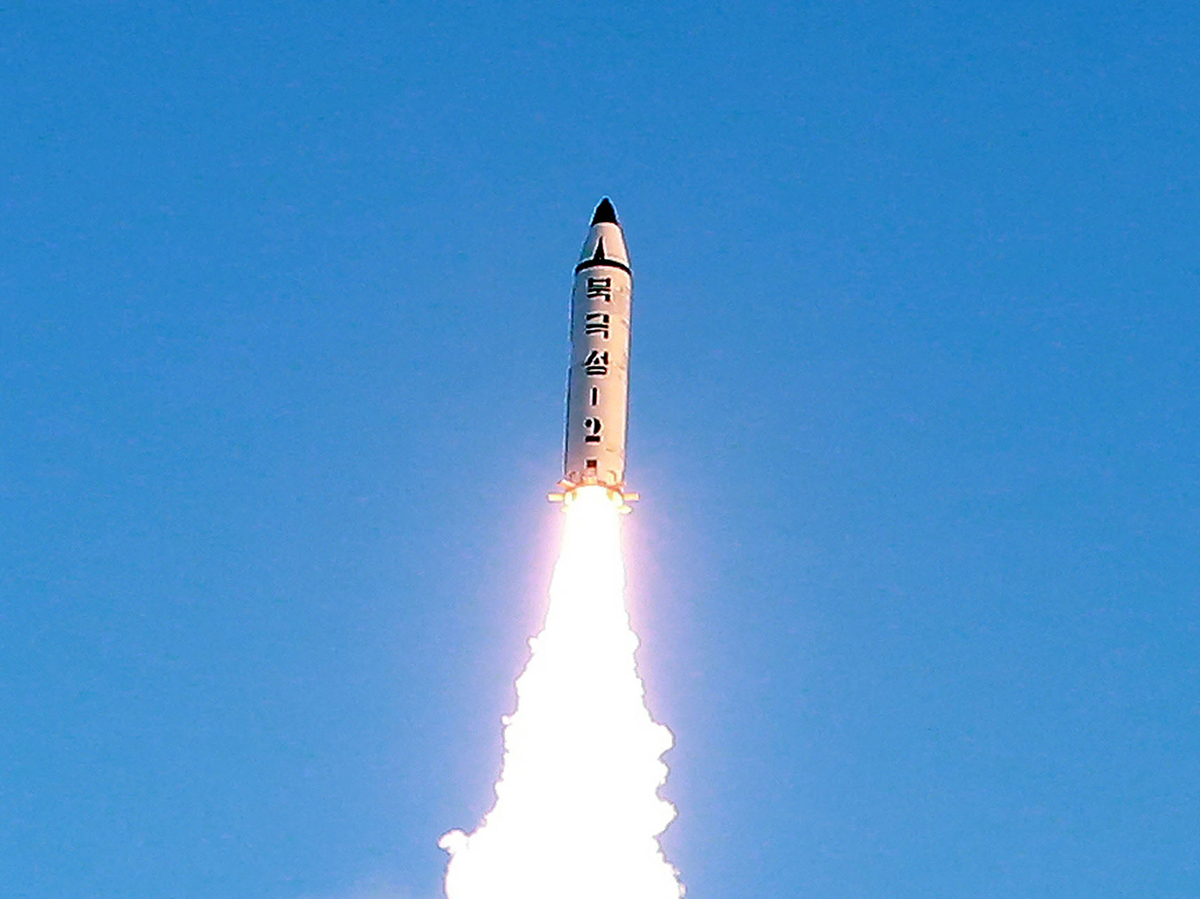 Mere weeks before the Singapore summit, North Korea made a show of destroying its Punggye-ri test site, where it conducted nuclear testing, inviting some journalists to witness the decomissioning.

However, as NPR's Elise Hu reported at the time, "longtime watchers of North Korea's nuclear program say the closing of the site will have little impact on the nation's capabilities."

Speaking on CBS's Face the Nation on Sunday, White House national security advisor John Bolton – who has taken a hardline on North Korea in the past — said Pyongyang's arsenal could be dismantled in a year.

"If they have the strategic decision already made to do that and they are cooperative, we can move very quickly. And it is to North Korea's advantage to dismantle very quickly. Then the elimination of sanctions, aid by South Korea and Japan and others can all begin to flower," Bolton said.

In a subsequent appearance on Fox News Sunday, Bolton refused to comment on the Washington Post report.

"I am not going to comment on any reports, true, untrue, or partially true, about intelligence," he said. "I will just say this ... we are using the full range of our capabilities to understand what North Korea is doing."