Accessibility links
Federal Judge Orders Administration To End Arbitrary Detention Of Asylum-Seekers A federal judge rules that the Trump administration may not indefinitely detain asylum-seekers who have proven a credible fear of persecution in their homelands. 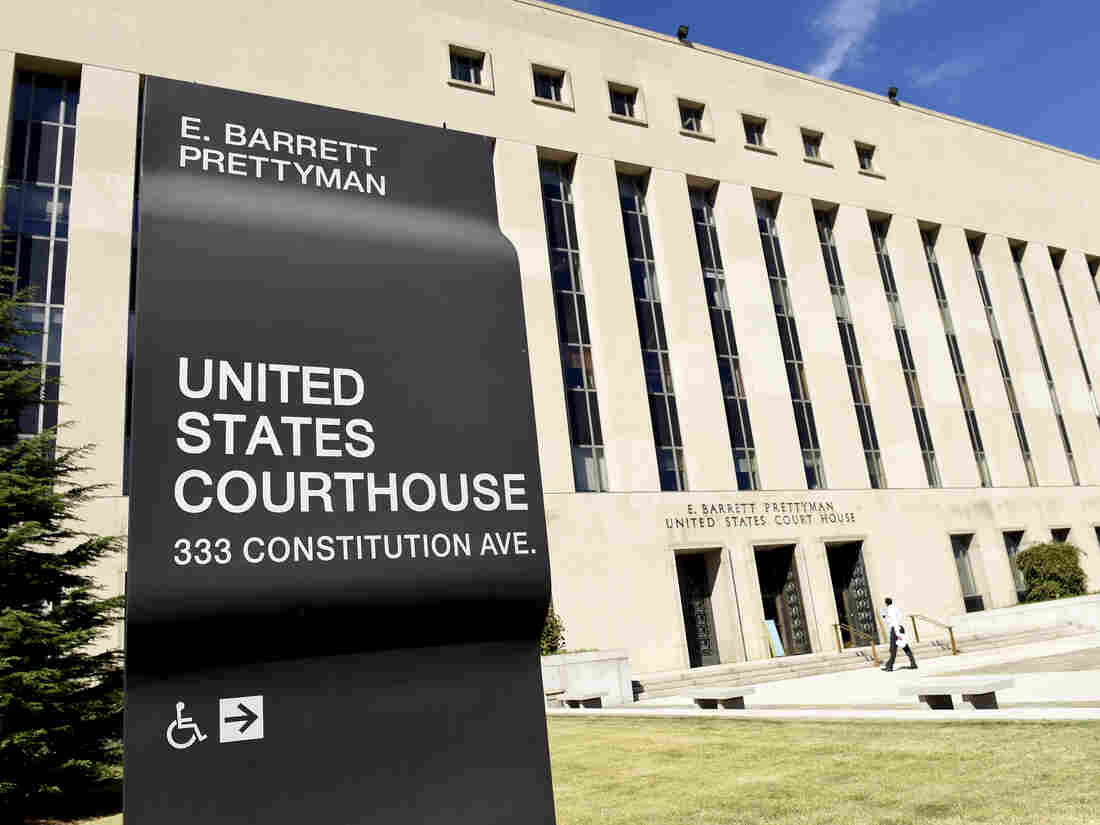 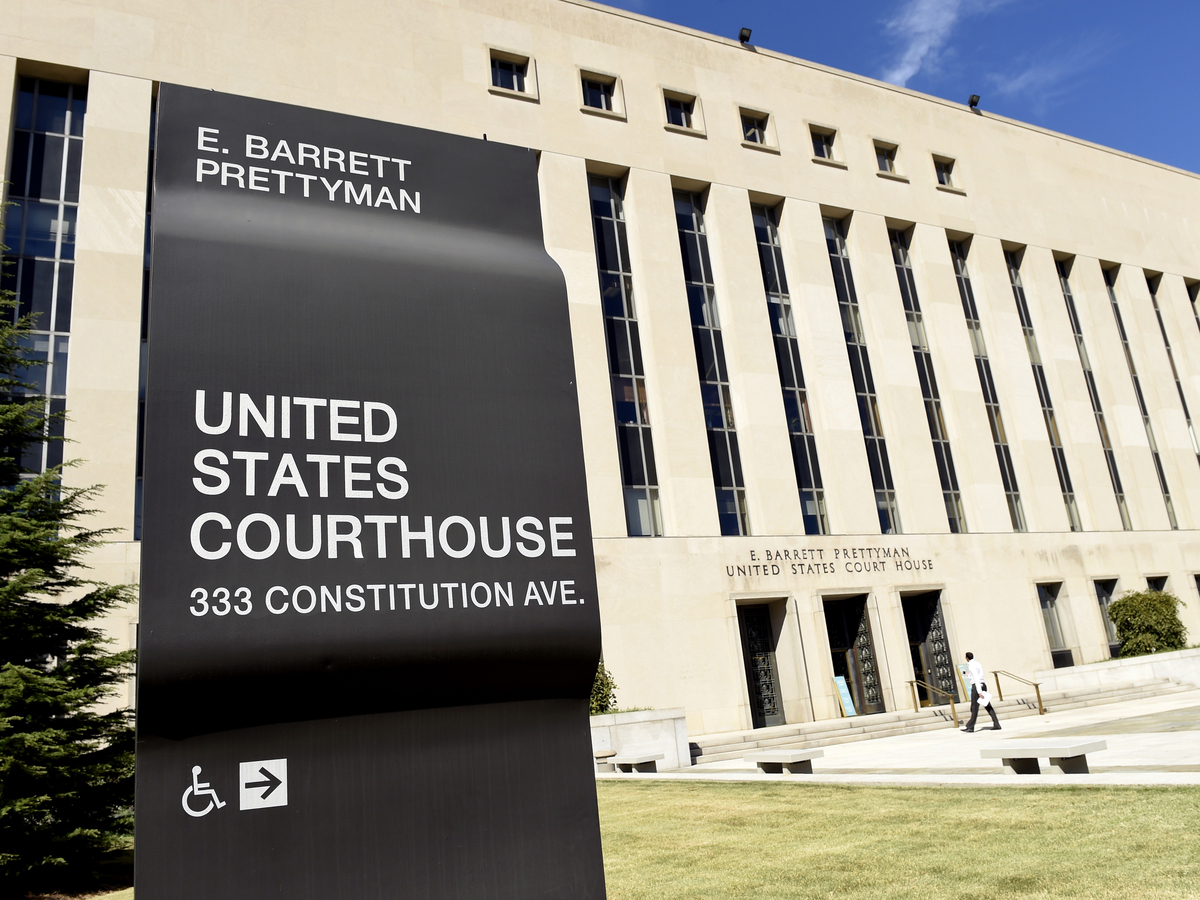 The E. Barrett Prettyman U.S. Courthouse in Washington, D.C., where a federal judge ruled against the Trump administration's detention of asylum-seekers.

In a legal setback for the Trump administration's immigration policies, a federal judge in Washington, D.C., has ruled that the government may not arbitrarily detain people seeking asylum.

The ruling comes in a case challenging the administration's policy of detaining people even after they have passed a credible fear interview and await a hearing on their asylum claim.

The lead plaintiff in the case is a teacher from Haiti, Ansly Damus, who has been confined in Ohio for more than a year-and-a-half. He fled his homeland fearing violence and political persecution and asked for asylum in the United States. An immigration judge granted him asylum not just once, but twice. But Damus remains locked up indefinitely as the government appeals those decisions.

U.S. District Judge James Boasberg, in his 38-page opinion, said that U.S. Immigration and Customs Enforcement violated its own procedures by not granting Damus release under what's known as humanitarian parole.

"This Opinion does no more than hold the Government accountable to its own policy, which recently has been honored more in the breach than the observance. Having extended the safeguards of the Parole Directive to asylum seekers, ICE must now ensure that such protections are realized," Judge Boasberg wrote.

The judge's decision came in response to a lawsuit filed in March by the American Civil Liberties Union and other groups.

"The ruling in the Damus case stands for the principle that the government cannot apply a blanket policy of detaining asylum seekers for the purpose of deterring people from coming into the United States to seek asylum," said ACLU deputy legal director Cecillia Wang.

Typically, asylum-seekers must pass a "credible fear" interview to convince authorities that they face a threat of persecution at home. If they pass, they are usually eligible for release pending a hearing, unless they are considered a flight risk or a danger to the public. At least, that is how it worked during the Obama administration.

But according to the ACLU lawsuit, everything changed under the Trump administration. Asylum-seekers in five ICE field offices in Detroit, El Paso, Los Angeles, Newark and Philadelphia are being detained with no hope of being released.

"We had a clear record, as the court noted, showing that in these five ICE field offices there really was a very clear pattern in what previously resulted in release of asylum seekers at a rate of ninety percent based on individualized consideration really dwindled down to near zero," Wang said.

As a result, Judge Boasberg ordered the government to conduct case-by-case reviews of more than a thousand other asylum-seekers who have been denied release by those five ICE field offices.

"To be clear, in finding that injunctive relief is warranted in this case, this Court is simply ordering that Defendants do what they already admit is required– follow the ICE Directive when adjudicating asylum-seekers' detention. The Directive provides a framework of minimum protections for those claiming refugee status, and, as Defendants acknowledge, it is binding on the Government. To mandate that ICE provide these baseline procedures to those entering our country – individuals who have often fled violence and persecution to seek safety on our shores – is no great judicial leap," Judge Boasberg concluded.

A spokesman for the Justice Department declined to comment on Judge Boasberg's ruling.