Accessibility links
Australian Archbishop Sentenced To Home Detention For Sex Abuse Cover-Up The Roman Catholic prelate faced a maximum of two years in prison for failing to report abuse by a fellow priest in the 1970s. He will be eligible for parole after serving six months. 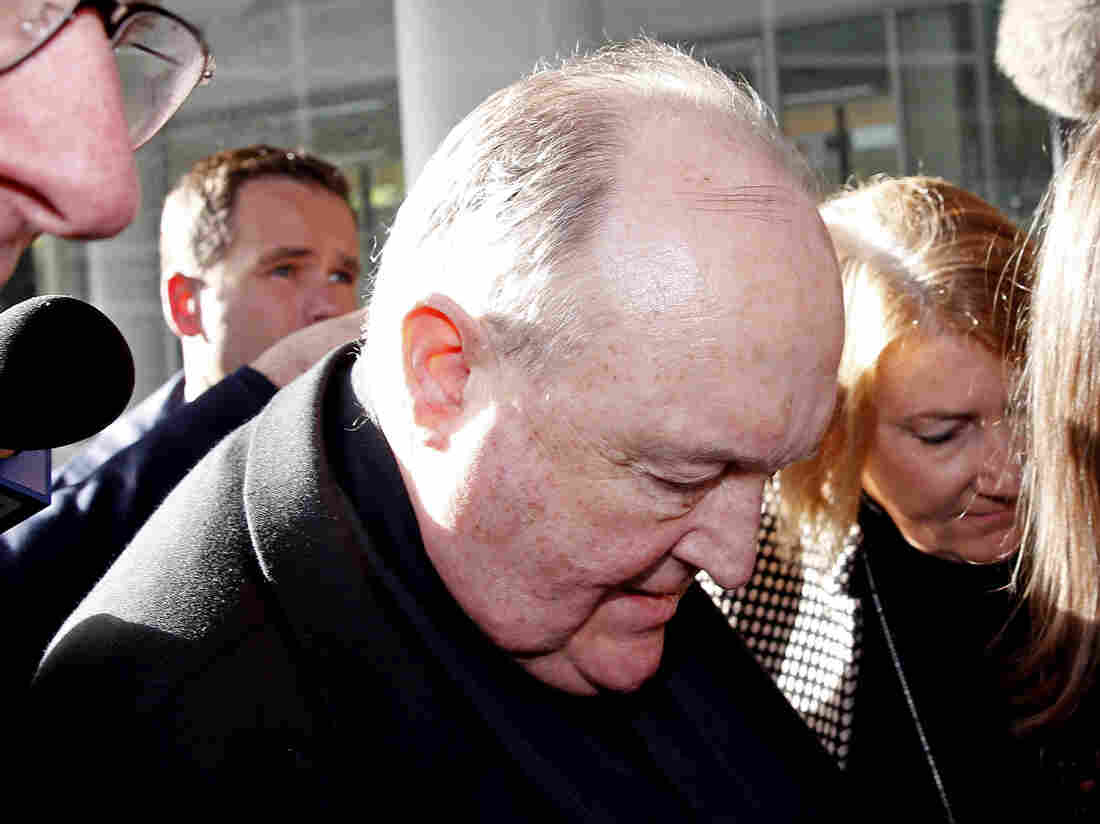 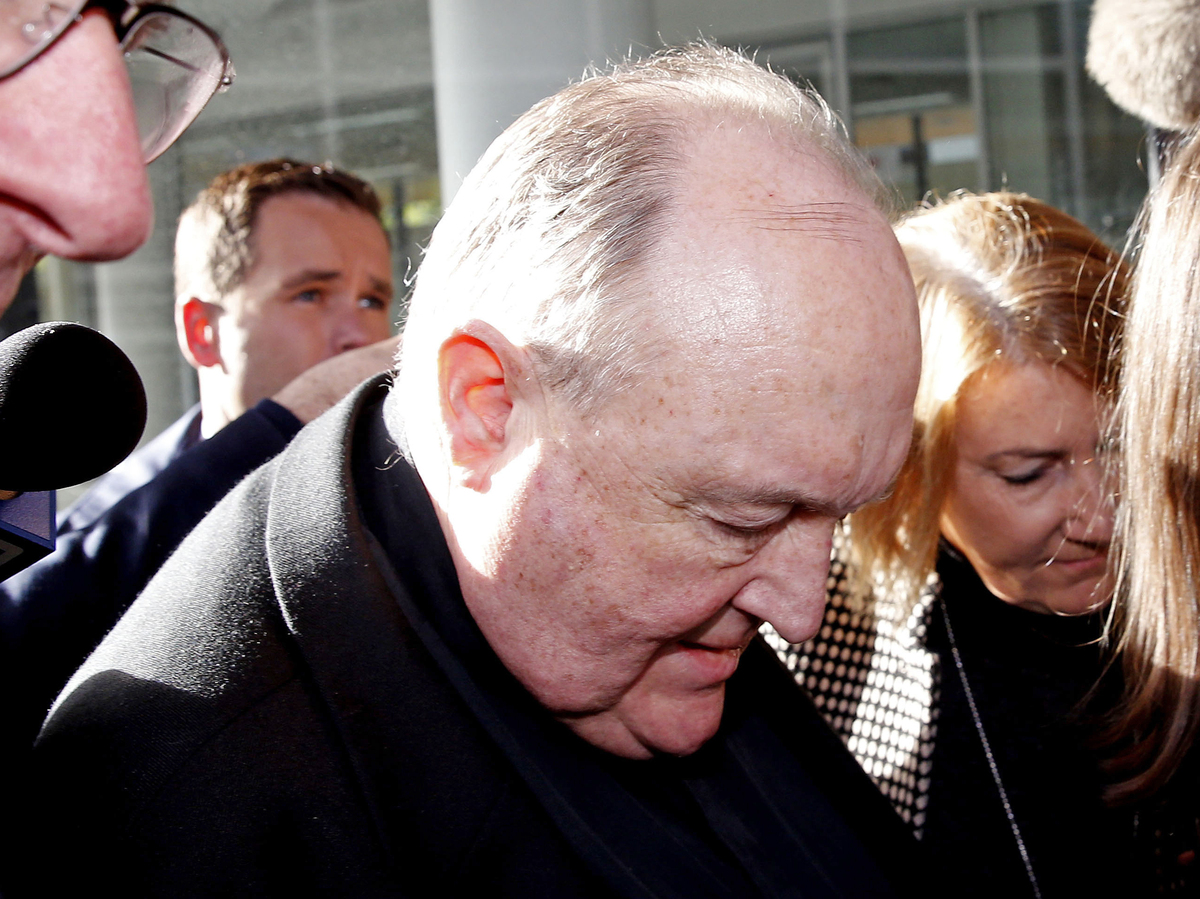 A Roman Catholic archbishop in Australia convicted of covering up child sex abuse by a fellow priest that occurred more than four decades ago, has been sentenced to a year of home detention.

Newcastle Magistrate Robert Stone handed down the sentence on Tuesday, saying Adelaide Archbishop Philip Wilson had shown "no remorse or contrition" for covering up for Father Jim Fletcher, who was convicted on nine counts of abuse of boys in 2004. He died in prison two years later.

Wilson, 67, is the most senior Catholic cleric to be found guilty of concealing abuse. Stone said he could be eligible for parole in six months. He had faced a maximum sentence of two years in prison.

Stone said Wilson sought "to protect the church and its image" by covering up for Fletcher.

"The whole of the community is devastated in so many ways by the decades of abuse and its concealment," the magistrate said. "We are all the poorer for what has occurred."

According to The Sydney Morning Herald:

"[Stone] ... said a suspended jail term did not support the need to deter others from similar offending and due to his age Wilson would likely not be suitable for an intensive corrections order (ICO), a form of custodial sentence served in the community.

That left full-time jail or home detention and given Wilson's age, mental and physical conditions, and that he had nothing on his criminal record Mr Stone found he could be adequately punished with a 12-month home detention order."

The Herald reports that there were "audible groans from the public gallery as Mr. Stone confirmed Wilson would not be heading to jail ..."

The sentence, however, will not take effect until after an Aug. 14 hearing on whether Wilson — who was diagnosed with Alzheimer's disease in November --would be suitable for serving out the sentence in the home of a family member.

Following his conviction in May, Wilson stepped aside from his duties as archbishop but declined to relinquish the post. The Vatican appointed Bishop Gregory O'Kelly as a caretaker over the archdiocese, but has not moved to permanently replace Wilson.

Outside the courtroom on Tuesday, survivors of abuse carried signs calling the Catholic Church a "fraudulent cult" and calling on Wilson to quit his prestigious post.

Wilson had testified in April that he did not remember conversations from the 1970s in which two altar boys said they told him of abuse by Fletcher. He insisted, however, that it was not a question of his memory, but that the conversation never took place.

Also in May, an Australian magistrate ordered Cardinal George Pell, one of the Vatican's senior-most officials, to stand trial on sexual abuse allegations dating back decades. Pell is 77.

Last year, Australia reported the results of a landmark, five-year study of abuse in which it concluded that 7 percent of priests who worked in Australia between 1950 and 2009 had been accused of child sex abuse.