Accessibility links
Rep. Jim Jordan Denies He Knew Of Decades-Long Sexual Abuse At Ohio State A spokesman for the Republican congressman says he "never saw any abuse, never heard about any abuse, and never had any abuse reported to him" when he was an assistant coach of the wrestling team. 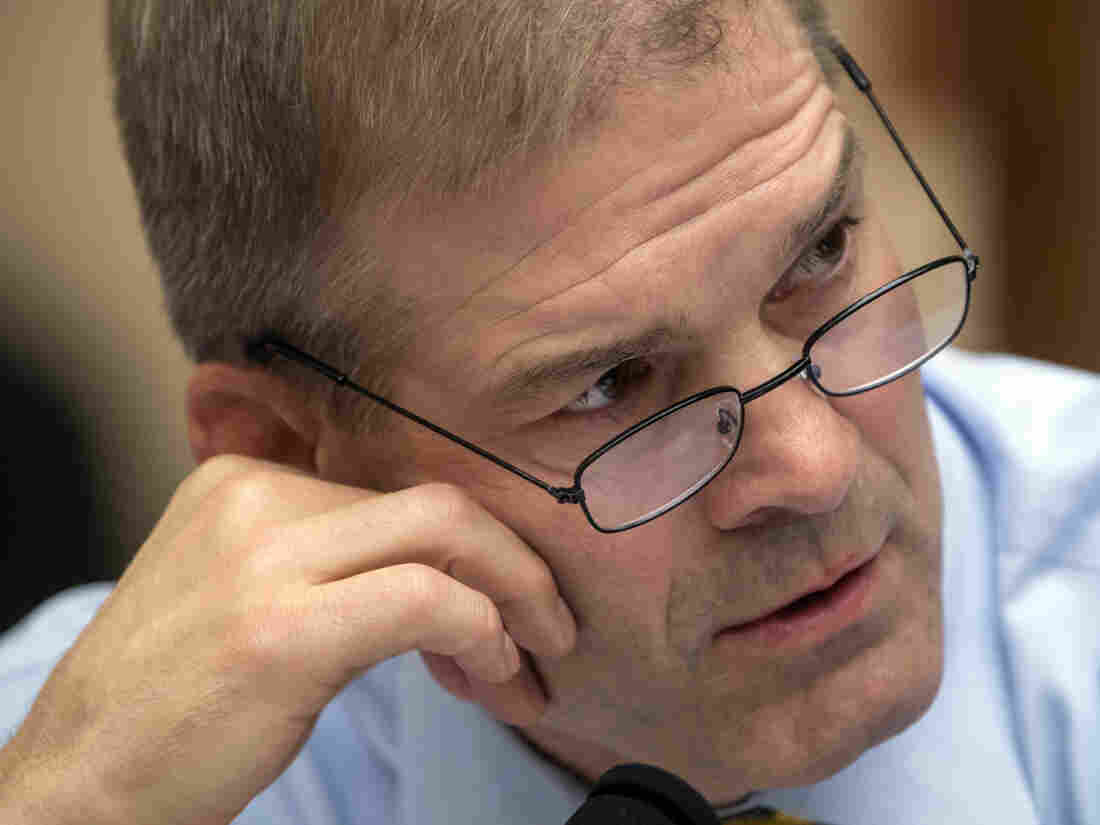 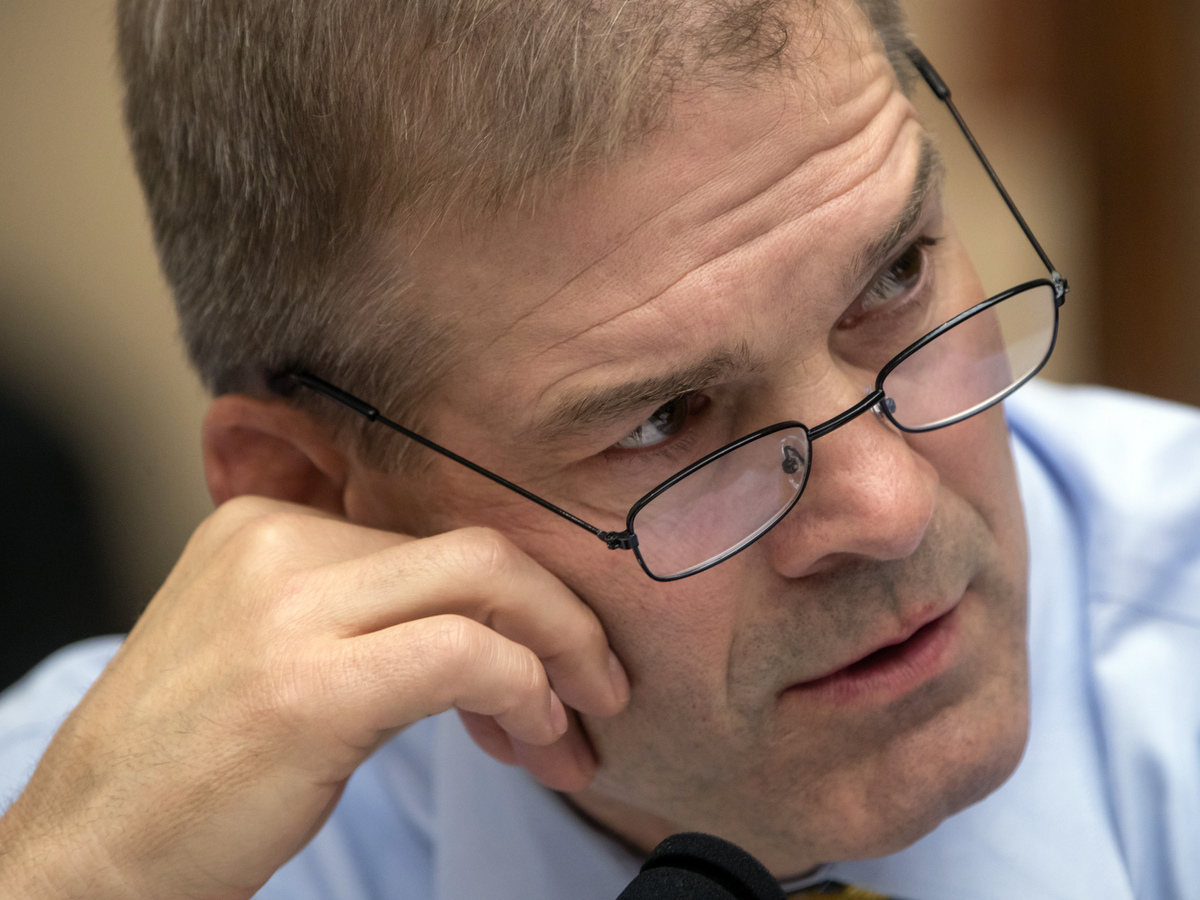 Rep. Jim Jordan, R-Ohio, pictured at a House Judiciary Committee meeting, denies allegations that he knew about and failed to report claims of sexual abuse at Ohio State University.

Republican Rep. Jim Jordan, one of the most powerful conservatives in Congress, has denied reports that he ignored the alleged sexual abuse of athletes while he worked as an assistant wrestling coach at Ohio State University more than 20 years ago.

Allegations that Jordan was aware of sexual misconduct, and explicitly was informed of specific incidents of alleged assault by the wrestling team's doctor, first surfaced in an NBC news story on Tuesday.

But Jordan, who was an assistant coach from 1987 until his election to the state legislature in 1995, has rebutted the claims.

"Congressman Jordan never saw any abuse, never heard about any abuse, and never had any abuse reported to him during his time as a coach at Ohio State," Ian Fury, Jordan's spokesman, said in a statement. "He has not been contacted by investigators about the matter but will assist them in any way they ask, because if what is alleged is true, the victims deserve a full investigation and justice."

In April, university officials announced they were investigating accusations that Dr. Richard Strauss, who died in 2005, had abused young wrestlers for more than two decades, starting in the mid-1970s.

Jordan, who has served in the House since 2007, repeatedly has said he only learned about the alleged abuse this spring, when former students began speaking out.

On Tuesday there were conflicting claims that Jordan had been contacted by the university's law firm regarding the investigation. Jordan's office maintains it has no records of any efforts to contact the congressman: "Despite claims to the contrary, Congressman Jordan's office has not received a request for interview from the investigative team. We have demanded that they send us the supposed communication and remain willing to assist in any way that we can."

" 'I considered Jim Jordan a friend,' DiSabato said. 'But at the end of the day, he is absolutely lying if he says he doesn't know what was going on.'

"DiSabato said he reached out to Jordan this year, before going to the university, to tell Jordan that he planned to go public with his allegations. Jordan told him to 'please leave me out of it,' DiSabato said. 'He asked me not to get him involved.' "

Dunyahsa Yetts, who was captain of the wrestling team in 1994, claims to have told Jordan about Strauss' sexual impropriety at the time. He recalled the incident to NBC:

" 'I remember I had a thumb injury and went into Strauss' office and he started pulling down my wrestling shorts,' he said. 'I'm like, what the f--- are you doing? And I went out and told [head coach Russ Hellickson] and Jim what happened. I was not having it. They went in and talked to Strauss.'

'" 'For God's sake, Strauss's locker was right next to Jordan's and Jordan even said he'd kill him if he tried anything with him,' Yetts said."

"So it's sad for me to hear that he's denying knowing about Strauss," he said. "I don't know why he would, unless it's a cover-up. Either you're in on it, or you're a liar."

The accusations against Jordan, who has gained significant influence in Congress as a founding member of the right-wing Freedom Caucus, come at an inopportune moment. He publicly has considered launching a campaigning to replace Paul Ryan, who is retiring at the end of the year, as speaker of the house.

Late on Tuesday, Ryan's spokesman weighed in publicly on the accusations.

"These are serious allegations and issues," Doug Andres, a spokesman for Ryan wrote. "The university has rightfully initiated a full investigation into the matter. The speaker will await the findings of that inquiry."