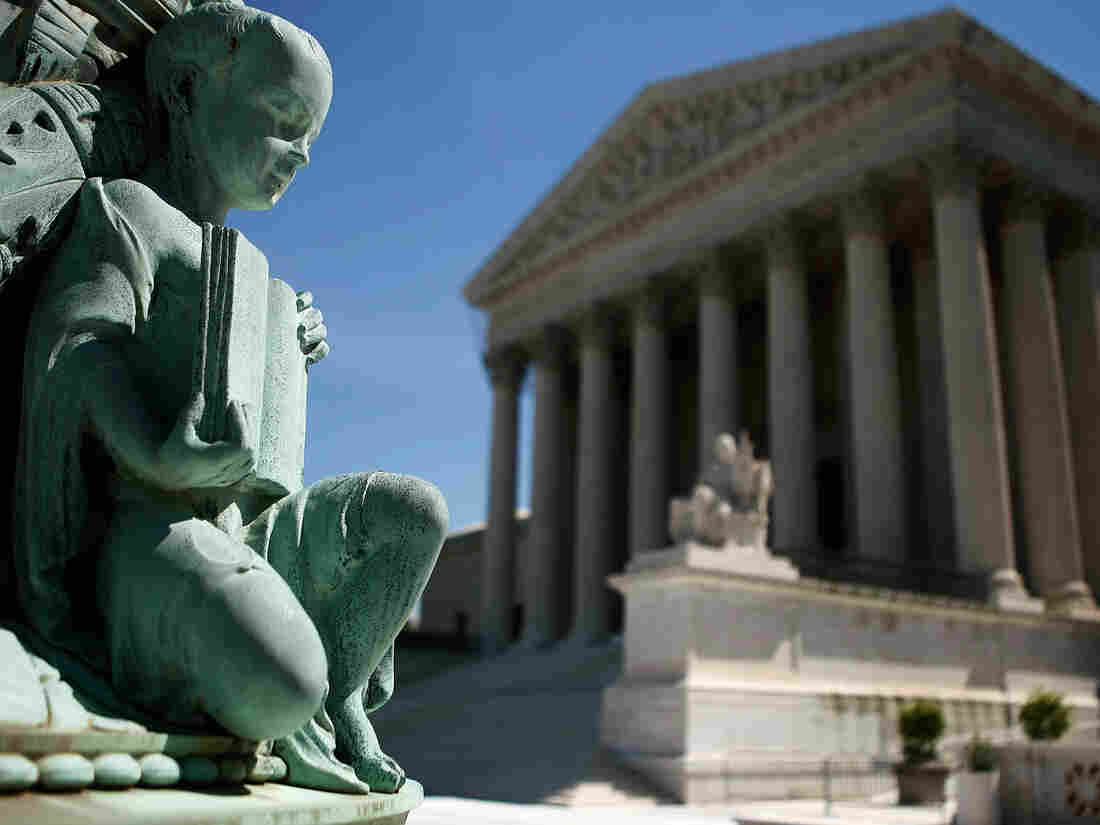 Activists are launching their campaigns now to try to influence the choice of the next Supreme Court justice. Supporters of President Trump are expected to spend millions of dollars. Mark Wilson/Getty Images hide caption 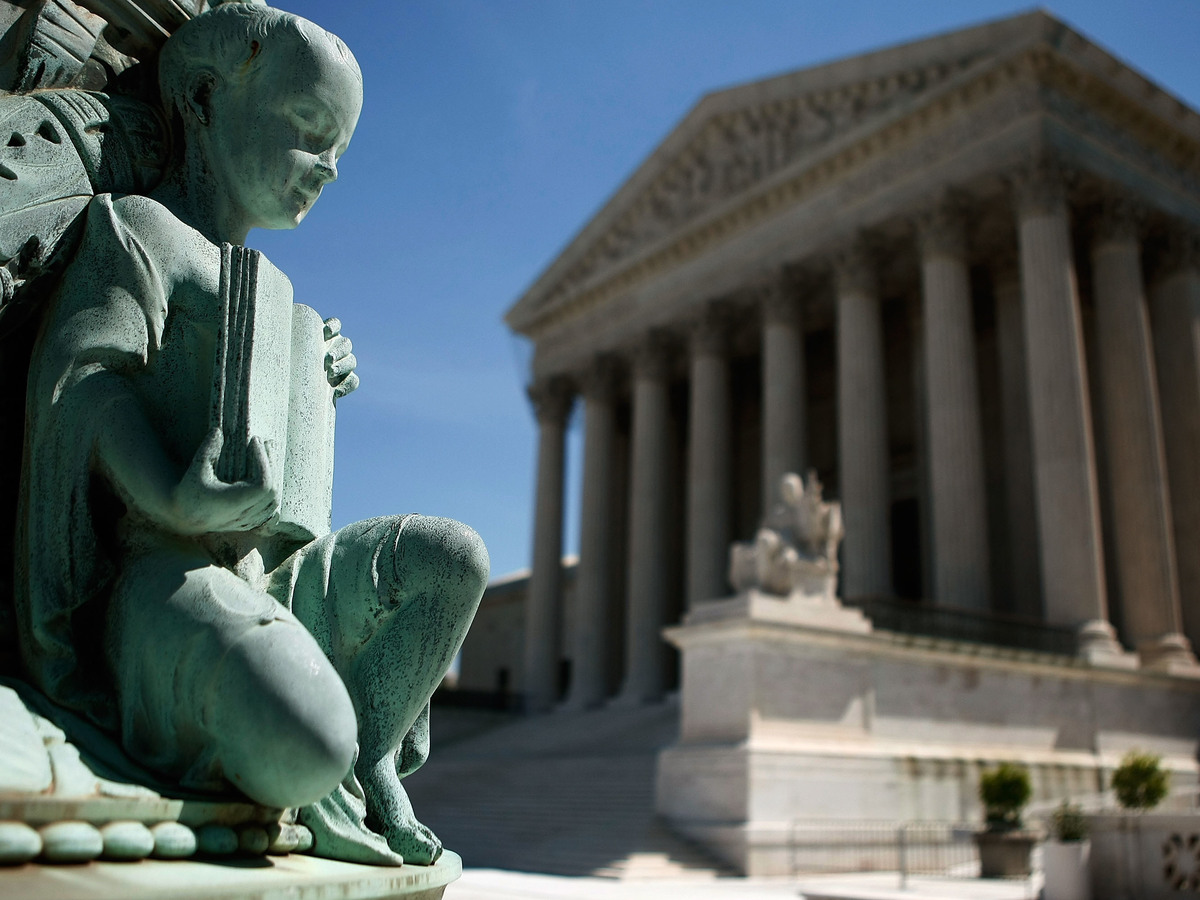 Activists are launching their campaigns now to try to influence the choice of the next Supreme Court justice. Supporters of President Trump are expected to spend millions of dollars.

One day after Supreme Court Justice Anthony Kennedy announced his retirement, a group calling itself Demand Justice staged a rally outside the court's front steps.

Activists who said they support civil rights and abortion rights mixed with Democratic senators. They were angry that, after declining to convene a vote on President Barack Obama's nominee for the court, the Republican Senate majority leader now is set to confirm the second justice nominated by President Trump.

"Mitch McConnell, shame on you, the people deserve a say, too," the protesters chanted.

Sara Chieffo brought along her tiny daughter, Lucy. Chieffo said she was demonstrating because of the implications for American law during her child's lifetime.

"We need a Supreme Court justice that's going to uphold the values of our democracy, enforce our nation's laws that protect her health, the clean air and the clean water she needs to thrive. There's so much at stake here," Chieffo said. "It's why we're here this morning. Being a D.C. kid, there's a lot to protest these days."

In fact, it was baby Lucy's second protest, Chieffo said; She brought her last year to oppose Trump's first Supreme Court pick, Neil Gorsuch. But Gorsuch was confirmed without much trouble in 2017, after the Senate voted to change its rules and clear the way for Supreme Court justices to win approval based on a simple 51-vote majority.

That shift will make it more difficult than it might once have been for Democrats to try to derail Trump's next nominee.

Brian Fallon used to work for the top Democrat in the U.S. Senate, Minority Leader Chuck Schumer of New York. Now Fallon runs Demand Justice, a 12-person start-up operation housed in a shared work space a block away from the White House.

The challenge for opponents, Fallon said, is motivating grassroots communities interested in those issues to engage over the Supreme Court vacancy — and to do it in a hurry.

To start, they're running TV ads in states including Maine, Alaska, West Virginia, Indiana and North Dakota, to reach the constituents of key senators. 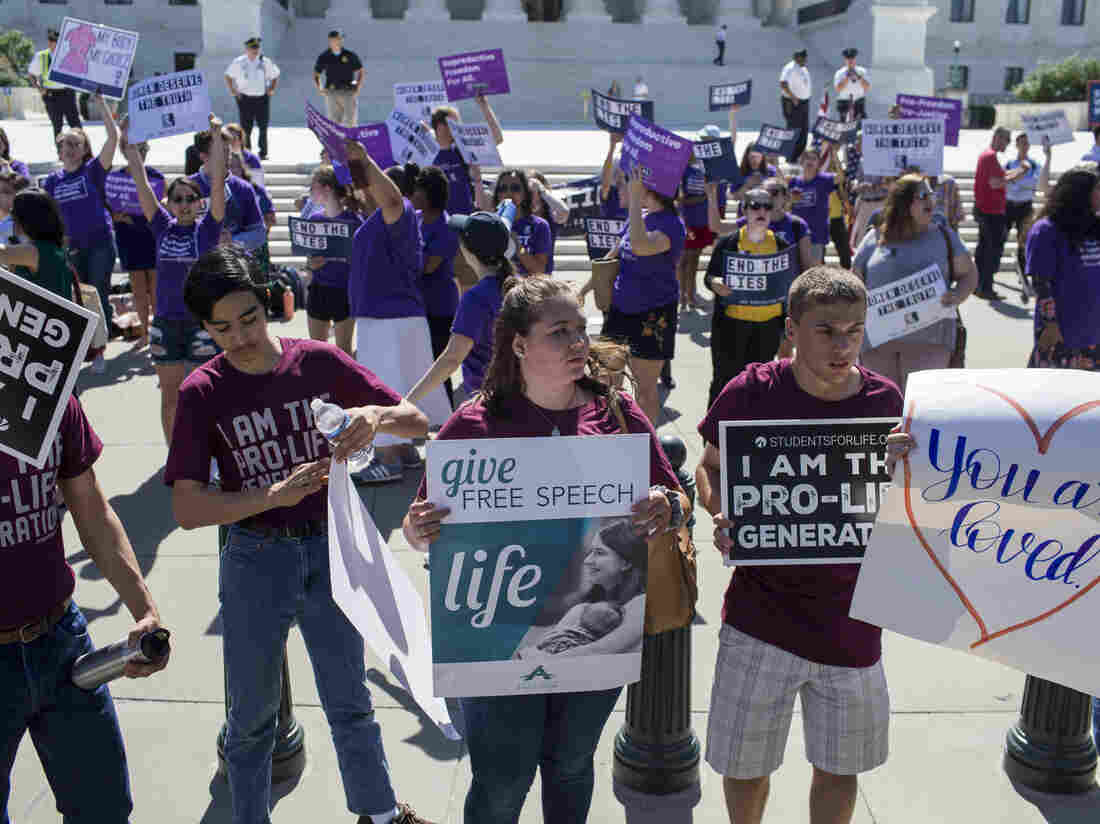 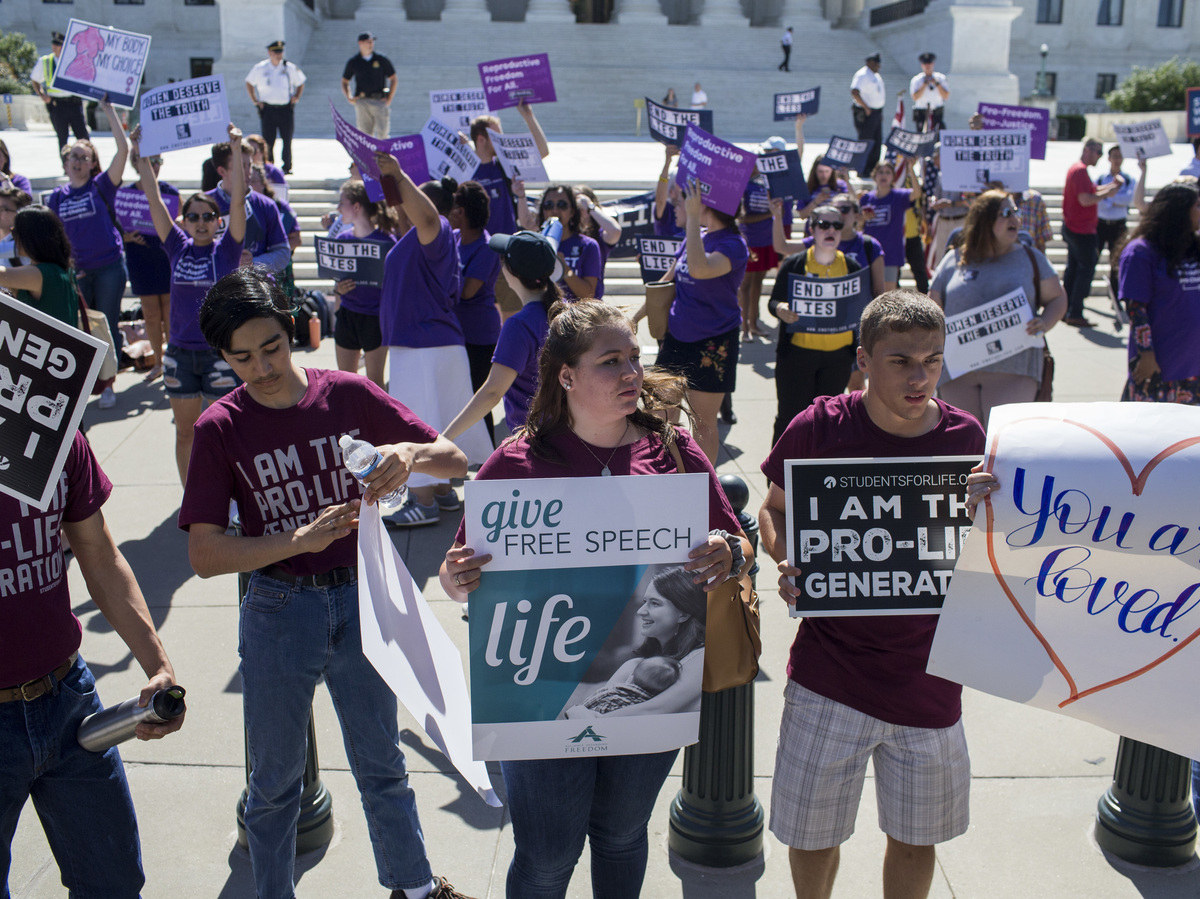 Abortion rights may be the subject of more legal challenges that reach the Supreme Court once President Trump's nominee is confirmed, cementing a new conservative majority.

Demand Justice is just five months old, and it faces some long odds.

Conservative groups that support the president's judges are expected to out-spend opponents by millions of dollars. Carrie Severino is a former clerk for Supreme Court Justice Clarence Thomas and policy director of the conservative Judicial Crisis Network.

"Judges are forever," Severino said. "They're not really forever, they're for life. But that is almost the same thing here. This is a generational impact and will affect how everything the president even does — on the executive order front, regulations, legislation — is interpreted and applied going forward."

Severino pointed out that conservative voters unite around the issue of judges, but it's harder for Democrats.

Consider this: A few weeks ago, before the newest Supreme Court vacancy, Demand Justice conducted a focus group in Columbus, Ohio. Ten Democratic-leaning women sat around a table, eating snacks and chatting about their community.

Several of the women worried about Trump's tweets and about new restrictions on clinics that perform abortions. Then, the moderator interjected: "So, let's talk a little bit about Anthony Kennedy. Is everyone familiar with who he is?"

One participant said she didn't know, so the moderator asked for a show of hands. Few of them went up in the air.

Fallon, who runs Demand Justice, said women in that focus group got more motivated once they understood that Kennedy was considered the high court's swing vote on abortion rights.

"What we are here to do is try to break it down for everybody so that they understand, no matter what the issue that you care about, at the end of the day, it always comes down to the courts," Kang said.

Now the group wants to find a way to communicate that message more broadly — and to do it by August, when the hearings for Kennedy's replacement are likely to begin.

Trump is expected to announce his nominee for the high court on Monday.