NASA has released a fireworks-like image of a nebula in the constellation Carina.

If you squint, the image above bears a pretty strong resemblance to what you might see at a July 4 fireworks display.

But it's actually, dare we say, far cooler. Or hotter: The image captured by the Hubble Space Telescope is a cluster of "huge, hot" stars called NGC 3603, about 20,000 light years away in the constellation Carina.

The glittery image was captured in 2009, and NASA posted it on its website on the eve of today's Independence Day celebrations. The swirling purple clouds of gas and dust, it says, are the "raw material for new star formation."

And as the space agency writes, what appears to be a peaceful scene is actually a churning nebula — where massive stars "live fast and die young." At the cluster in the center are some of the biggest known stars, "burning through their hydrogen fuel quickly and ultimately ending their lives in supernova explosions."

This kind of star cluster can help scientists learn more about how stars are formed.

We'll leave you with one more image of the "Celestial Fireworks." Happy July 4! 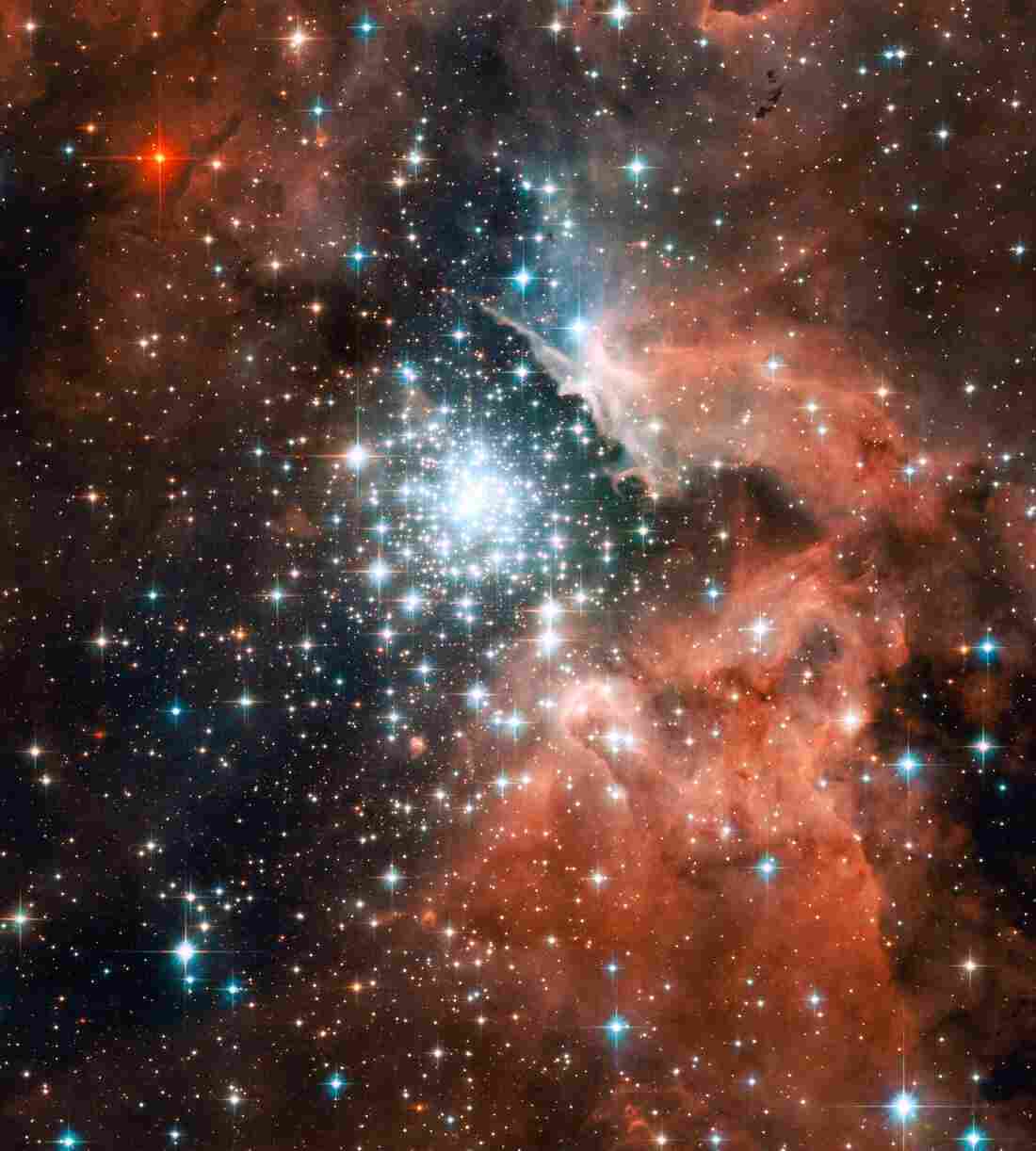