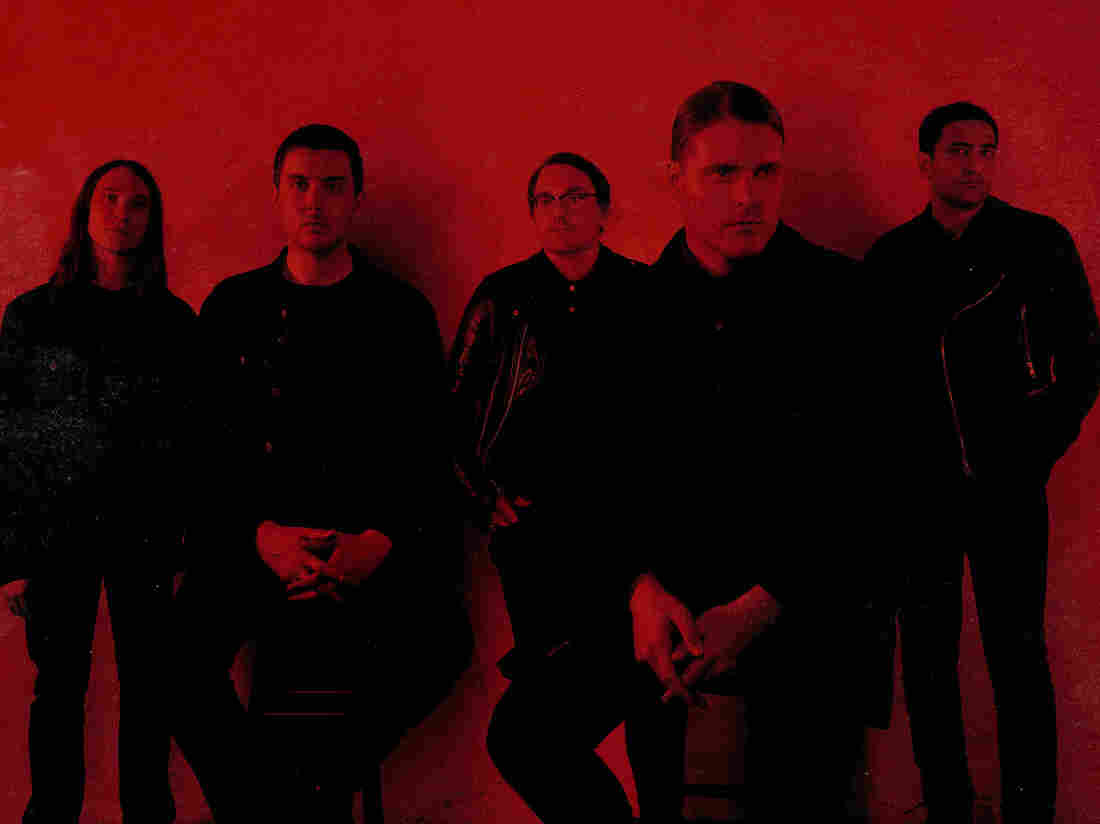 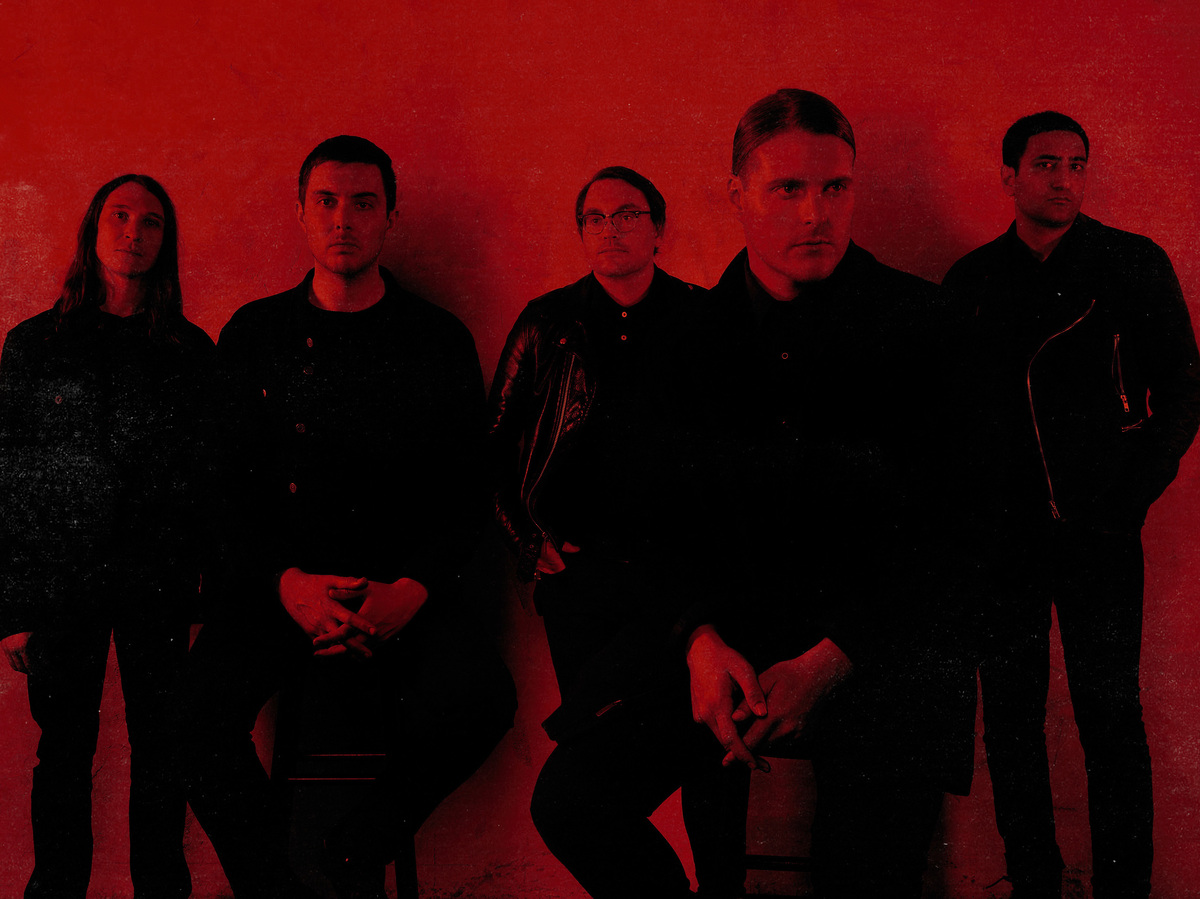 People do not have passive reactions to or moderate opinions about Deafheaven. For the better part of the last decade, the California quintet has overlaid the bleak screech of black metal with layers of neon, giving the infamous form's harsh vibes a sudden sense of romantic longing. For some listeners, the band's first three albums — particularly 2013's Sunbather, a vivid breakthrough and an exhalation of pure feeling — still cause hearts to race, senses to tingle; for others, those same albums epitomize the perceived post-millennial trend of young, hip, urban intellectuals aiming to salvage the spirited rush of black metal from the strictures of its scene and the barbarism of its past. Punchlines or saviors, champions or charlatans, leather-gloved posers or earnest bleeding hearts: Deafheaven has become one of its generation's most divisive bands.

On Ordinary Corrupt Human Love, the band's first album in three years, Deafheaven leans more fully than ever before into those elements that inspire alternate outrage and obsession. For their last record, 2015's pugnacious New Bermuda, Deafheaven seemed to have toughened up, to have tightened the screws on its metallic bulwark. But they begin here with "You Without End," a soft piece framed by major piano chords, a twinkling slide guitar, and field recordings of the breeze on the beach. Actress Nadia Kury stoically reads from a short story about Oakland. Deafheaven's screamer, George Clarke, is left to weave his usual throat exfoliations around piano, drums, and an electric guitar that arc skyward. Unapologetically theatric and gestural, the opener climaxes in a solo so big and bright you'll think you've stumbled into "We Are the Champions."

Elsewhere, there is a featherbed shoegaze ballad ("Near"), a gently gothic anthem led by the singer Chelsea Wolfe ("Night People"), and a 12-minute tirade that occasionally conjures the guitar whiplash of Built to Spill and ends with a full-band chant about a lover's blood ("Canary Yellow"). If you've mocked Deafheaven in the past, Ordinary Corrupt Human Love does not care to meet you in the middle.

Make no mistake, though: Black metal remains Deafheaven's musical core, forming the backbones of the four songs that break the 10-minute mark here. Deafheaven simply spends less time fitting outside influences inside that frame, instead allowing them to stand proudly on their own; it is a definitive "Sure, whatever" response to any charges of posturing. To wit, the album's most ferocious bit of black metal, "Honeycomb," periodically swivels into bridges and solos that sound suitable for an early Foo Fighters hit. The song dissolves into an extended dusk of chiming guitars and marching drums, its twilit smear of sound made for an Explosions in the Sky renaissance. Ordinary Corrupt Human Love is often willfully cheesy, with the same sort of open-hearted accessibility that made something like Friday Night Lights a television hit. The record's delirious, even messy mix of genres emphasizes that central point: This is Deafheaven's most honest record to date, guided by the delightful sense that its makers are through being cool or trying to fit in anywhere at all.

There's another advance here that may require more effort than a passive listen to discern, especially if the serrated vocals of black metal are not your lingua franca: Clarke has coiled his songwriting into loaded little verses, trimming his once-sprawling sentimentality or obvious conclusions into an economic series of poignant images and provocative koans. "When a fawn stumbles into the raids / honeydew high and deep in afterglow / Mind swarming on purple sand verbena / I forgive its delusion," he writes during "Worthless Animal," a finale that finds a second life in a sudden death. And in the wondrous "Glint," a love letter for someone he has long since lost to time, he offers, "The midnight blue of your calmness, like evening chamomile, peppermint, eyes as morning rosewater." The best of Ordinary Corrupt Human Love suggests Elizabeth Bishop, the American poet who used foggy valleys and storm-battered coasts to ask questions about how our soft bodies make it so long in this hard world. For a band with the gall to call Argentine novelist Julio Cortázar by name or lift a phrase from a Graham Greene landmark for its album title, it's a major achievement — even if you require liner notes to appreciate it.

Ordinary Corrupt Human Love begins in the city, first on the streets of Oakland, where a passing flock of geese fit into the teeming cityscape, and then rushing through a tunnel in search of a "sphere of ever-growing light." The album ends an hour later in the woods, surrounded by the stillness of nature, where a passing fawn makes for a moment that changes at least two lives. That tension—between immersion and escape, between past and present, between life and death—is the thread connecting these seven songs, tightened by a band that always seems to be searching for a more resonant way to underscore Clarke's lyrics, no matter the musical shape they take. This, then, is Deafheaven's most confounding record and necessarily its most emotionally impressionistic, free to be interpreted in whatever way the listener needs. Ordinary Corrupt Human Love is an album for falling in love or for coping with its loss, for moving ahead or falling behind, for feeling inspired and energized or for coping via commiseration. It is, true to Deafheaven form, not a record for passive reactions.