Accessibility links
Melting Roads And Runny Roofs: Heat Scorches The Northern Hemisphere Temperature records have been broken around the globe. In North America, tens of millions of residents have been under watches, advisories and warnings. 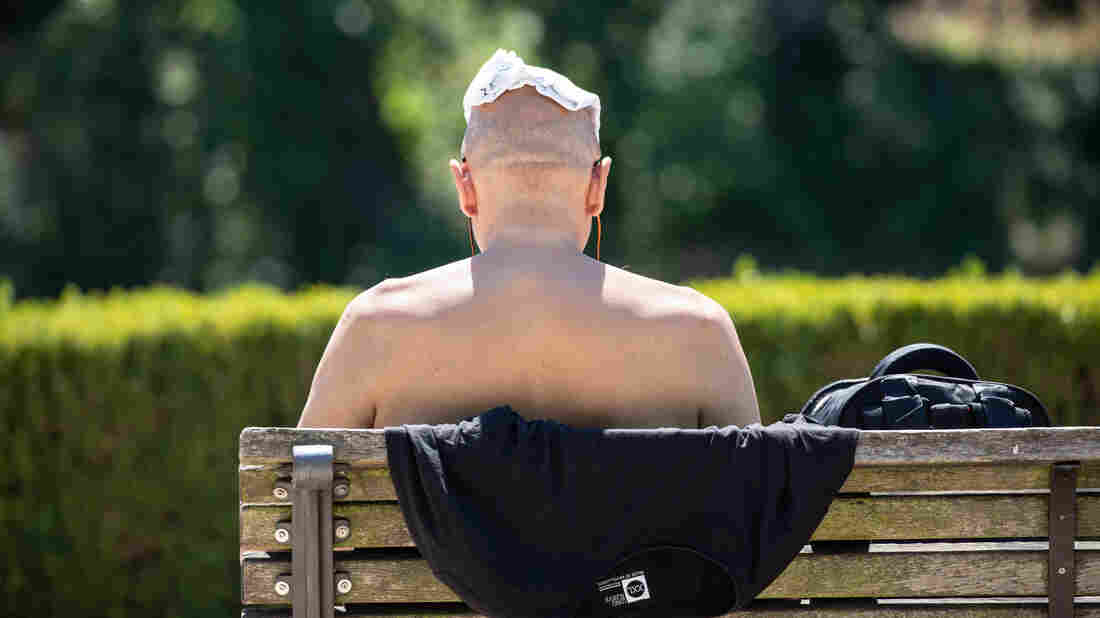 On Wednesday, a man sits shirtless on a bench along the banks of the Spree River in Berlin to keep cool. Omer Messinger/AFP/Getty Images hide caption 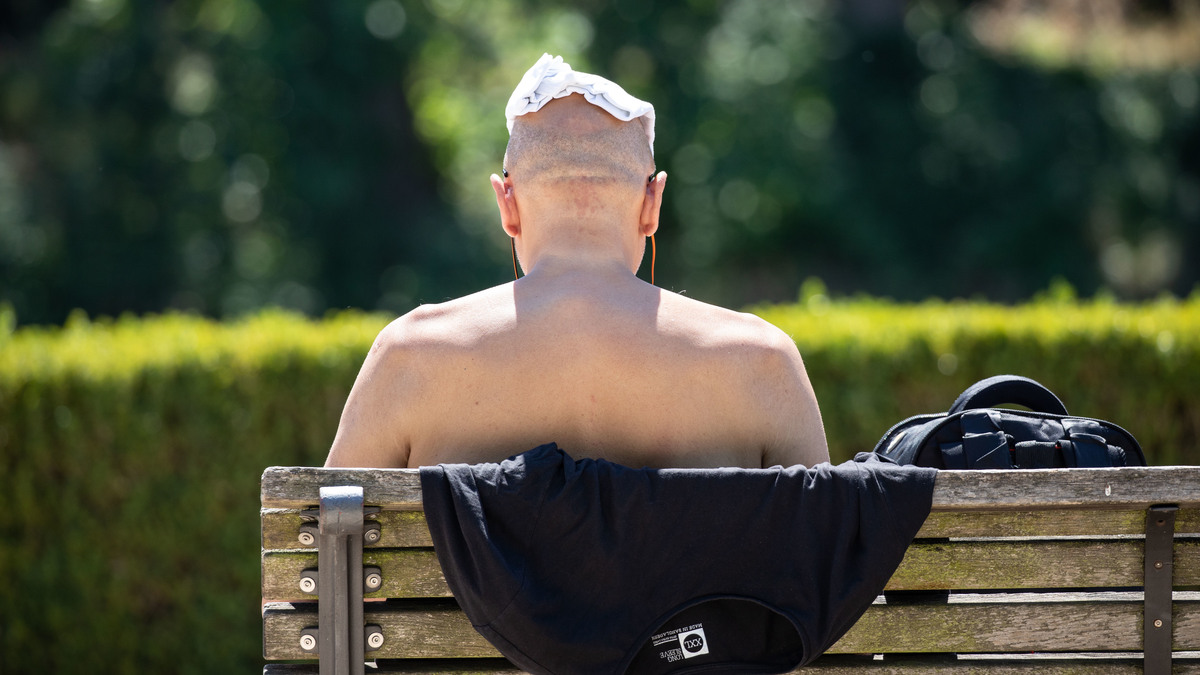 On Wednesday, a man sits shirtless on a bench along the banks of the Spree River in Berlin to keep cool.

It's summertime in the Northern Hemisphere, and a couple of constants remain: Just as surely as it's going to be hot, people are going to want to talk about exactly how hot it is.

But the heat has been so notable in the past week or so that records are being stretched and scorched from Canada to Armenia, with roofs and roads going runny.

Temperatures that hit around 90 degrees Fahrenheit in Glasgow, Scotland, last week were more than the "weatherproof" roofing material on the city's Science Centre could withstand — it began melting, dripping black goo down the side of the building, reports the BBC.

In the U.S., it was Forest Hill Road in Lancaster County, Pa., that was melting in the heat. Motorist Luke Nolt told Fox 43 that he was "sliding around like I was on ice."

The Washington Post compiled a roundup of records tied or broken on our "red-hot" planet last week.

Denver tied its all-time high temperature of 105 degrees on June 28. Two days earlier in Quriyat, Oman, the low temperature of nearly 109 degrees was the highest ever recorded in the world. And Armenia's capital, Yerevan, on Monday reached 107.6 degrees, a record for July.

Can't Stand The Heat? Tell Us How You're Coping With Rising Temperatures

In North America, a heat dome settling over the U.S. and Canada is responsible for the days-long heat wave, placing tens of millions of residents under watches, advisories and warnings. Heat indices, which account for how hot it feels with the humidity, regularly reached triple digits.

On Monday, Montreal saw a new all-time record high for the city: 97.9 degrees. The near weeklong heat wave is being blamed for 18 deaths in Quebec, according to the Canadian Broadcasting Corp.

Dr. Mylène Drouin, Montreal's public health director, told the Montreal Gazette that those who died were among the vulnerable: "people with chronic illness, mental health problems, people living alone, people living in apartment blocks between four to six [stories] and without air conditioning."

Montreal Mayor Valérie Plante was asking residents to check in on their neighbors.

"If you know people with respiratory problems or people who are elderly, don't hesitate to visit them or give them a phone call to see if they need anything," she said.

Meantime, Quebec's emergency services have been stretched thin. The Urgences-santé medical help service said that since the heat wave began, it has received more than 1,200 calls a day — a 30 percent increase in volume for an already "very busy" agency.

On Thursday, the Canadian government issued a heat warning for southern Quebec, where it says heat index values could reach 113 degrees Fahrenheit. Fortunately, the heat there is forecast to break by Thursday evening.

Meanwhile, the eastern two-thirds of the United States has been sweltering for days in heat that has been deadly.

It's Too Hot For Some Planes To Fly In Phoenix

In Tipton, located in central Pennsylvania, a 64-year-old woman who had been outdoors gardening on Saturday died of heatstroke, the Blair County Coroner's Office told local broadcaster WTAJ.

A day later, in Wilmington, N.Y., near Lake Placid, where temperatures reached the 90s, a man died after running a race on a mountain trail, the Adirondack Daily Enterprise reports. CPR and an ice bath failed to revive him, the newspaper reports, and his body temperature had reached 108 degrees by the time he died of heatstroke at a hospital.

The National Weather Service officials say taking steps to stay safe in the heat are straightforward, yet worth reiterating:

Bob Oravec, lead forecaster with the National Weather Service, told NPR that the broad area of high pressure responsible for the above-average temperatures across the eastern part of the U.S. should let up by the end of the week.

But come the weekend, he said it likely will be "refocusing" across the Southwest and West.

"Typically this time of year, the temperatures are consistently over 100 degrees in parts of Arizona, Nevada and California," Oravec said. "But we do have potential for some temperatures that are going to be reaching record levels across the coastal areas of California, with temperatures over the 105 to 108 range."